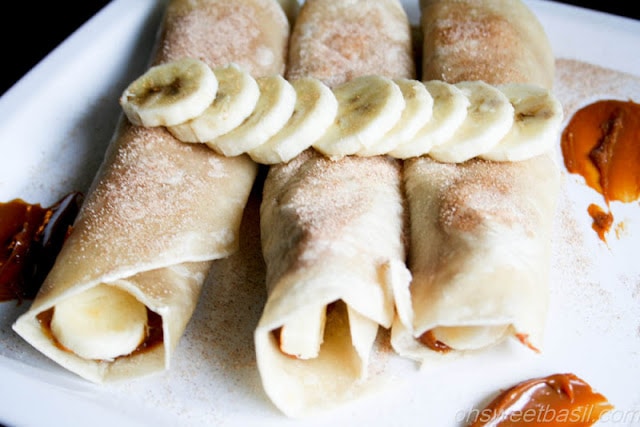 Sometimes you just need a little, sweet treat, but you either have nothing on hand or you don’t feel like slaving away in the kitchen to create something. These Banana Foster Cinnamon Crisps are the result of just that. A night where we wanted a little treat while we relaxed, but neither of us wanted to deal with making anything. If you aren’t a banana fan you can certainly leave them out and it’s still just as good. We had a banana that needed to be used, so we threw it in there.

One of the important things about this recipe is to use the fresh tortillas that you cook yourself. They are thinner and taste better. Sometimes we do skip the banana and just spread a little layer of the Dulce De Leche on the tortilla. Dulce De Leche can usually be found in the International aisle of the grocery store with the Mexican food, or sometimes I find it in the baking section by the sweetened condensed milk. 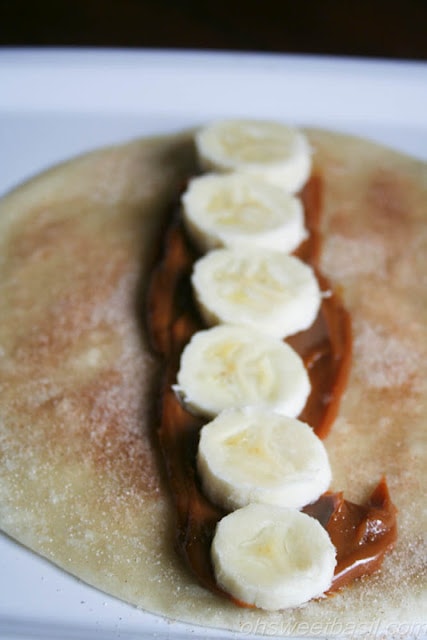 Are Bananas Good For You?

Bananas have a lot of nutritional value.

Bananas are high in potassium and contain good levels of protein and dietary fiber.

What Can You Substitute For Dulce de Leche?

You could substitute caramel for Dulce de Leche.

They have similar textures and tastes.

How Do You Keep Flour Tortillas From Getting Hard?

Tortillas should be stored in an airtight plastic bag.

If your tortillas have dried out, you can make them soft again by wrapping a stack of tortillas in damp paper towels or a kitchen towel, then wrap in plastic wrap and steam in the microwave. 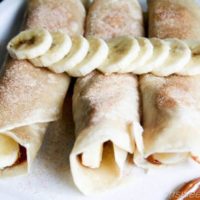