WINNER, WINNER!!! Our winner of the e-mealz is Jen Suman!!! Woohoo!!! Congratulations!! 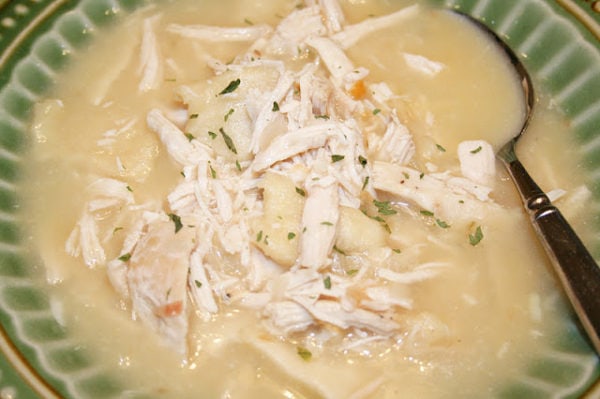 Well, the picture sucks. It just does. Oh well.

Guess what? Wait. Before I say this let me just make all of you Southern folk plug your ears.

K, I don’t like chicken and dumplings. There, I’ve said it. Guys, I tried. I really did. My hubby reallllllly likes this dish and has been begging for years for it so I had to at least attempt it. Oh, and he eats it with a drizzle of VINEGAR! Say what?! That is so gross and weird. He says it is delicious.  Now, keep in mind that I don’t like this dish no matter who made it, but Cade looooved this recipe. He like that it has more flavor than the other recipes.I’m sure a lot of that had to do with the Knorr Homestyle stock. It’s already got loads of flavor unlike other stocks. I guess it’s a success. And, don’t judge if I messed up. Just kindly tell me if chicken and dumplings should really be made another way.

Dumplings are not exactly the same thing as biscuits.

Dumplings are a small ball of dough that can be boiled in a soup, fried or baked in a casserole.

How Do You Know When Dumplings Are Done?

To tell when dumplings are done, run a toothpick or skewer through one.

If it comes out clean, the dumplings are done.

Is Chicken Soup Good For A Cold?

For years, people have claimed that chicken soup is good for colds and flu.

Chicken soup is good for soothing both cold and flu symptoms.

The hot soup helps break up the congestion associated with both colds and the flu.

The warm soup, and the salt in the soup can help soothe a sore throat. 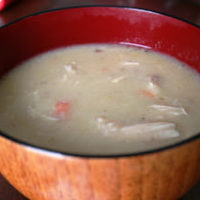