You know those times when you see a dessert and you think, why didn’t I think of that?! That is the story behind this pie. I mean….helllllooooo?! These two dessert belong together! I just had to try it with my own favorite pie crust and filling recipes.

The end result is stunning and just begs for a giant scoop of vanilla ice cream! 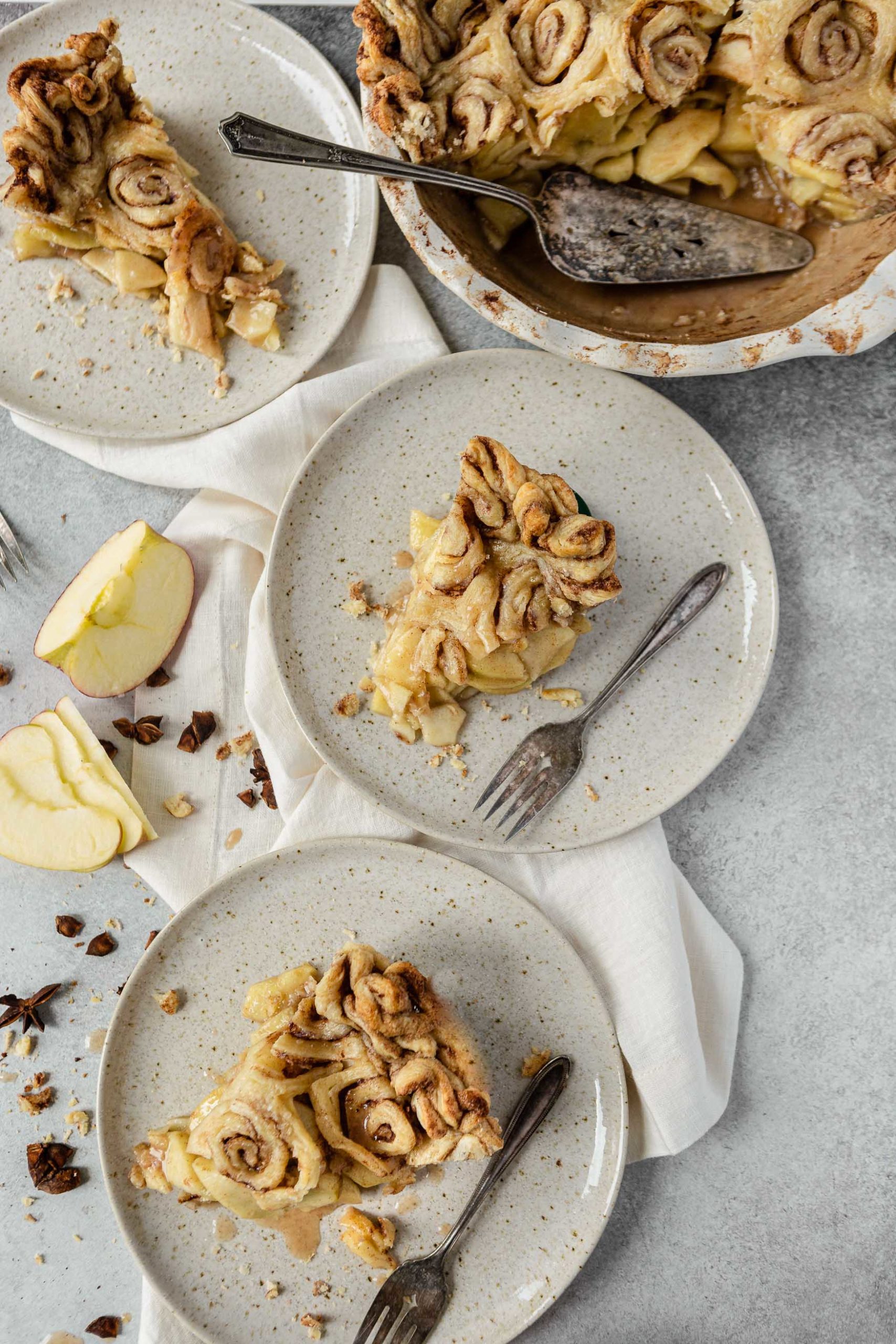 What Ingredients are Needed for Cinnamon Roll Apple Pie?

This recipe starts by making my favorite pie crust of all time. It’s an all butter pie crust and is perfection! Then you just need a few apples with more butter and cinnamon and sugar. Here is your shopping list:

Pretty dang simple, right?! And you probably already have most of these ingredients already! 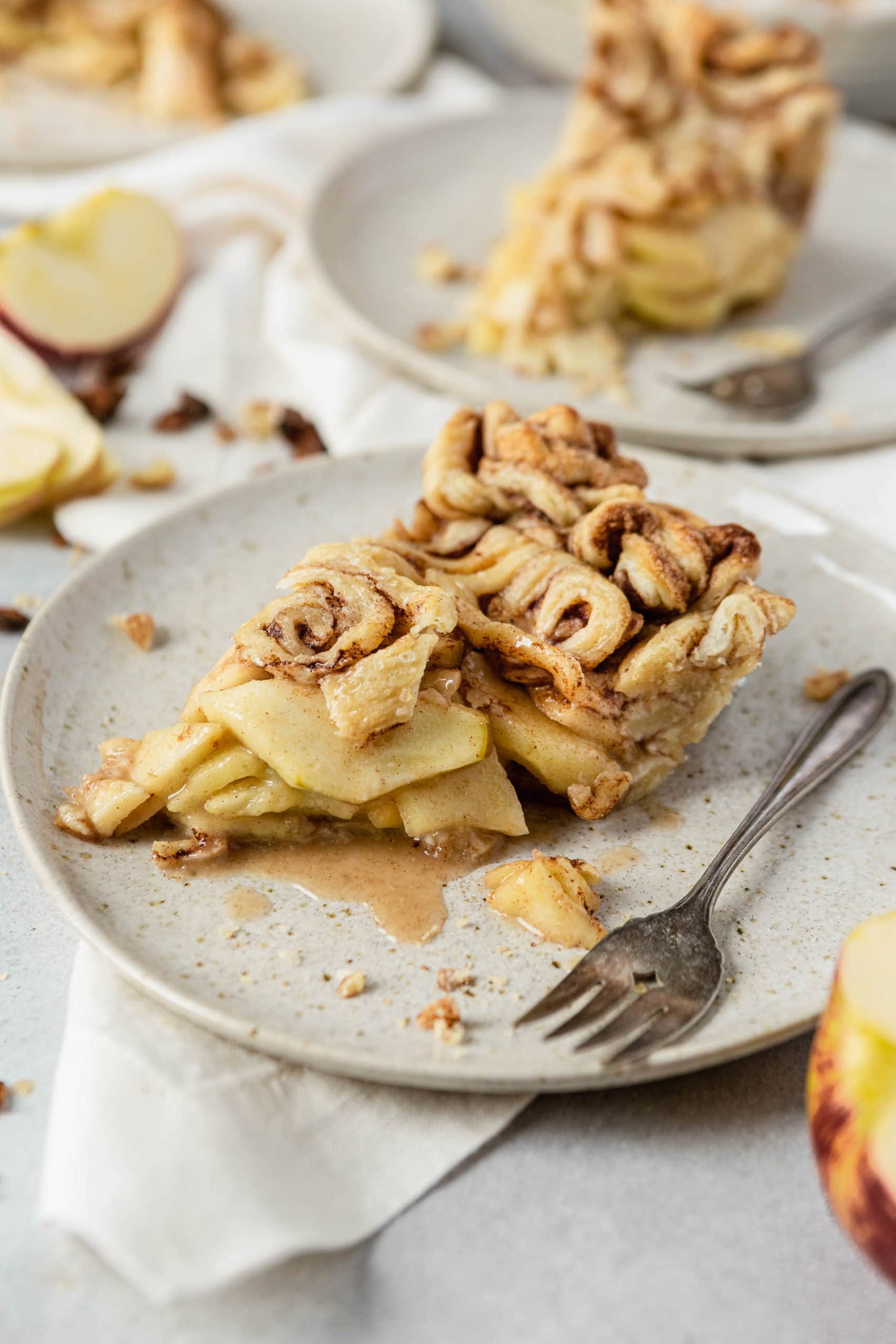 Now you might think that a dessert so beautiful is really hard to make, but that is where you are wrong. It does take a little more time to make cinnamon roll pie crust, but it’s super easy. Start by making your pie crust… 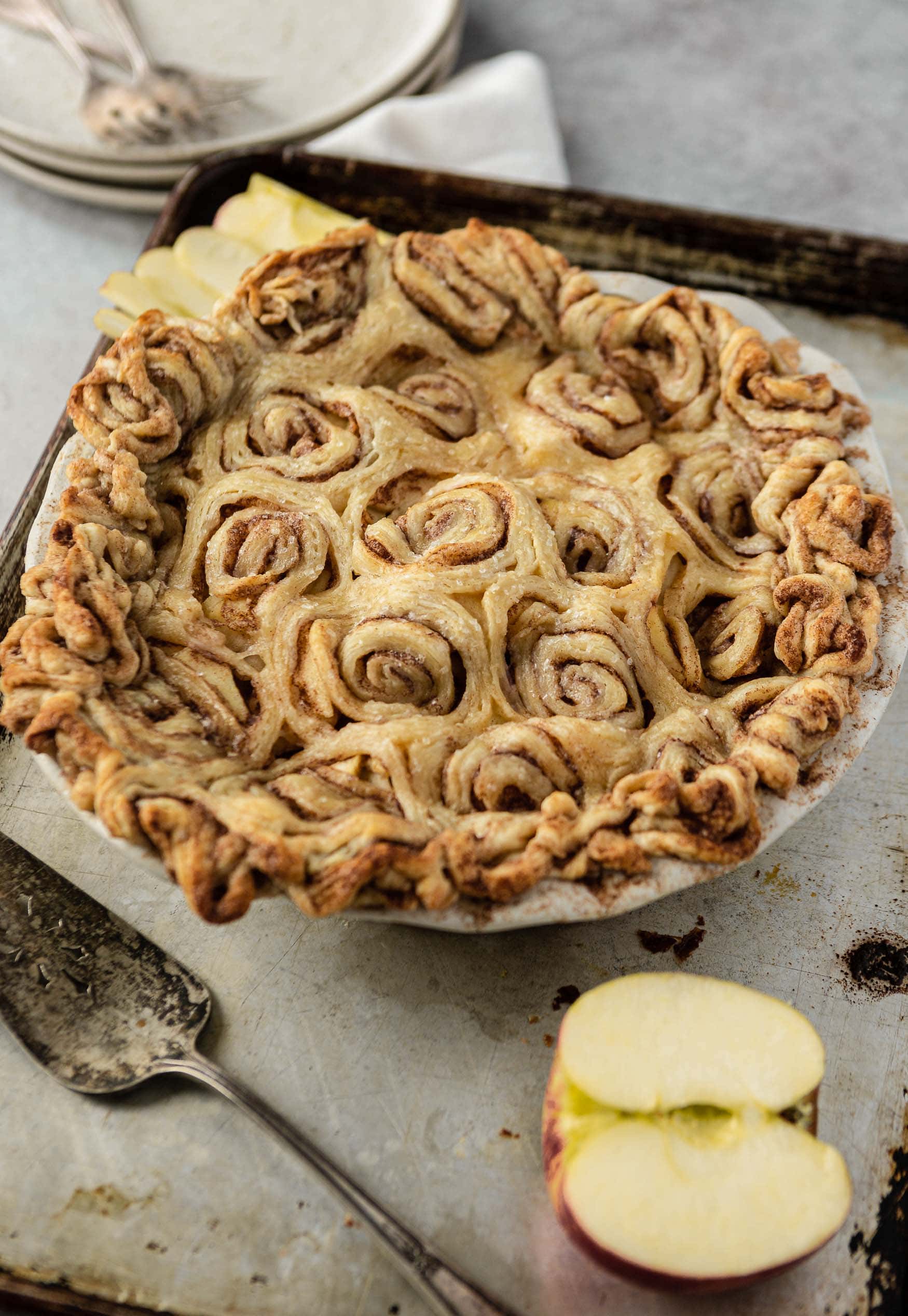 How Long to Bake Apple Pie

Since the apples have been partially cooked already, the pie will only bake for 20-25 minutes at 375 degrees. We like to let ours completely cool so that it holds up the best. Letting it cool overnight also works…if you can wait that long!

What Apples Are Best For Pie?

Crisp, tart apples that are sturdy such as Granny Smith, Pink Lady, Honey Crisp, or Braeburn apples are great apples for baking. You don’t want an apple that is super sweet or one that will turn mushy when it bakes.

Can You Freeze Apple Pie?

To freeze pie before baking, assemble pie and wrap well in plastic wrap and foil or place in a heavy duty freezer bag and freeze for 3-4 months.

To freeze after baking, cool completely and then wrap in plastic and foil or place in a heavy duty freezer bag and freeze for 1-2 months. 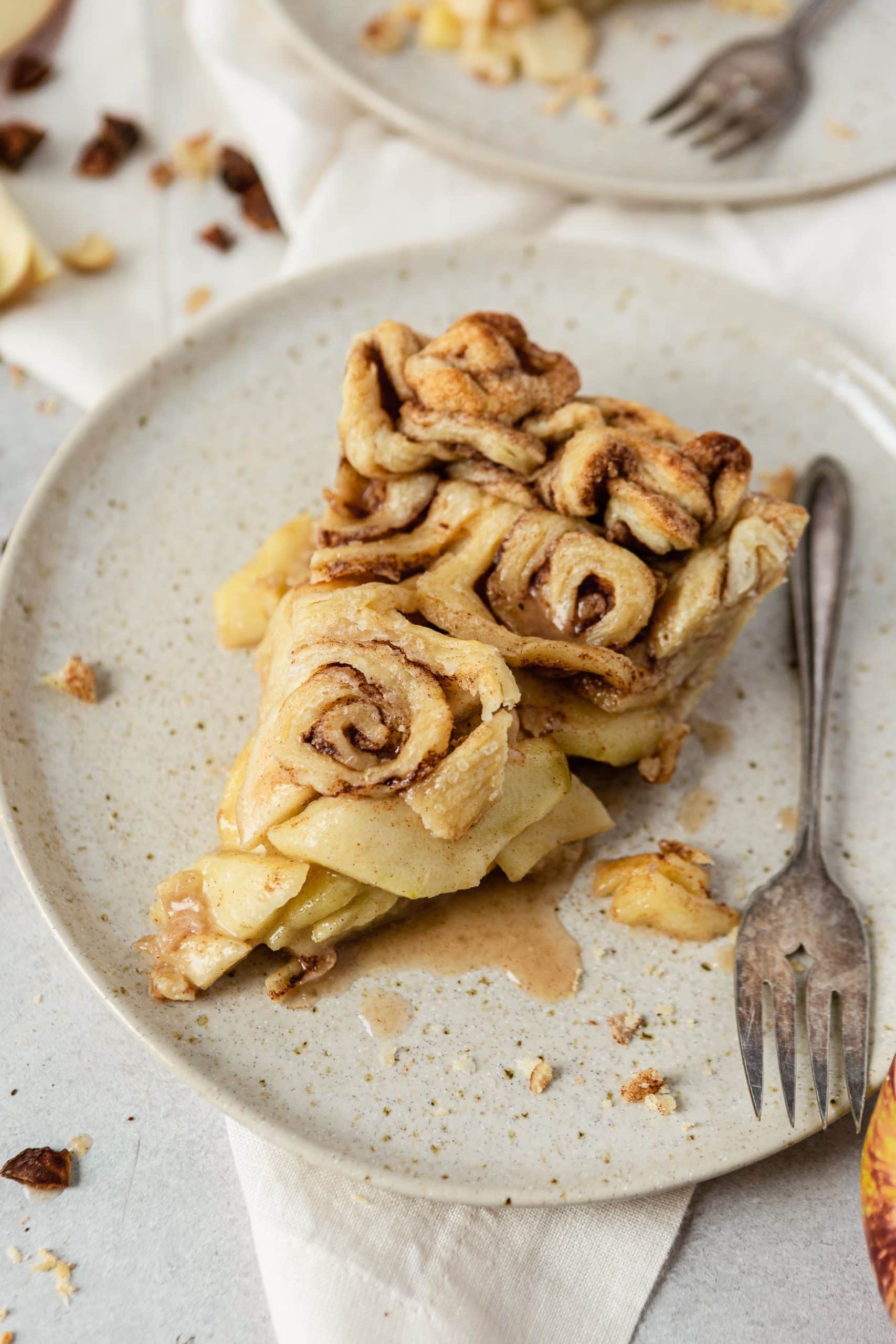 Does Apple Pie Need To Be Refrigerated?

Apple pie can be stored at room temperature for 2 days.

A pie will keep in the refrigerator for up to 4 days.

Can I Make Apple Pie Ahead of Time?

Can You Freeze Apple Pie?

Apple pie freezes really well, and you can freeze it either before or after baking it. It will keep for up to 3 months.

Whether baked or unbaked, wrap the pie several times with plastic wrap and then again with aluminum foil.

If your pie is unbaked, bake from frozen for 30-40 minutes longer than the recipe says.

If you pie is baked, let it thaw in the refrigerator overnight or on the counter for around 3 hours. Then you can warm it up in the oven for around 20 minutes at 375 degrees. You can put a piece of foil over the top of the pie so it doesn’t get too brown.

This is a mashup you have to try! Cinnamon roll apple pie is a fall dessert for the ages! Infusing the crust with swirls of cinnamon and sugar makes it not only beautiful but also sensationally delicious. 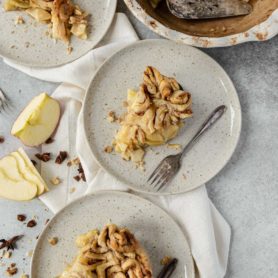 For the Cinnamon Roll Crust