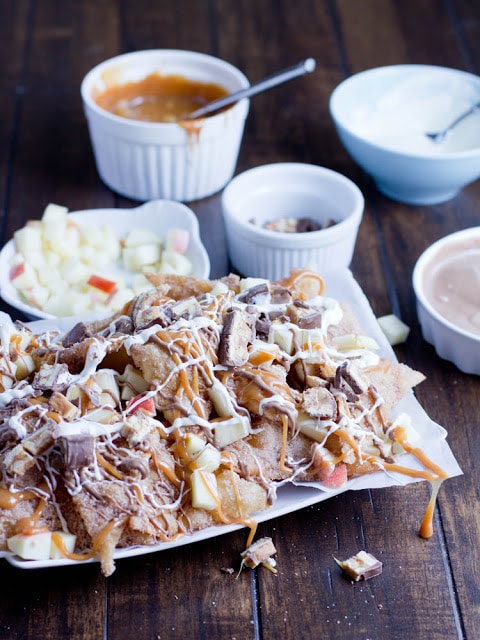 So, I was invited to participate in a fun caramel contest, and while there were so many options to make I finally decided on one that would great to munch on through football season, dessert nachos

I know I’m not the only one out there that loves nachos. Go ahead and try to pretend like you are above the cheesy, goopy, stick to your arteries nachos, but I am totally not buying it. In fact, I’d even go so far as to say that you probably cannot resist nachos. You may not think about them, but if you’re at a baseball game and your friend plops down on the bench next to you, you know you’re going to snag one of those cripsy, cheesey, delicious… oh my gosh I need nachos. CRAP. Good thing I’ve got Tropical Nachos. 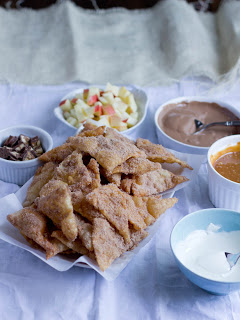 Now, we’ve already established that as cool, and healthy as we believe ourselves to be we cannot turn down a plate of nachos, let’s talk about how much better they are as dessert. MMMMMMMMM Chocolate. First of all, I will completely admit that I am a cheese lover. Yup, cheese over chocolate. Every. Single. Time. Well, not this time. It all started with the wontons. 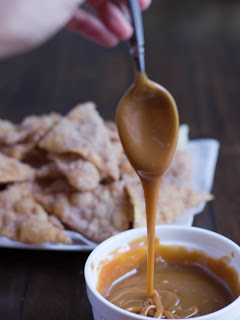 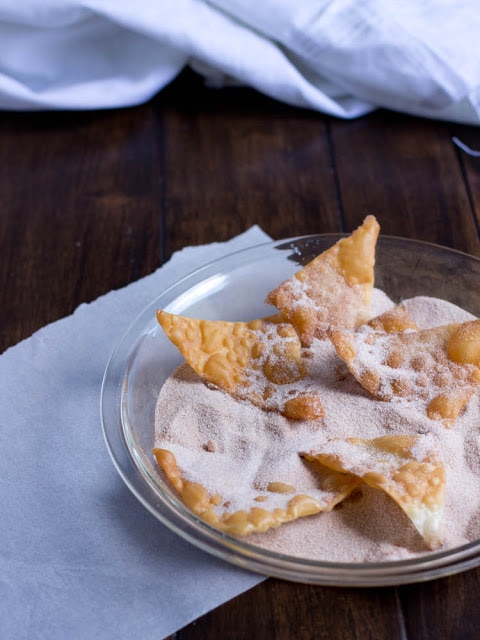 I recently judged a funeral potatoes contest at the state fair. (Psst, don’t worry, I had no clue what funeral potatoes were until I moved to Utah. I hate to admit it, but they are awesome! Oh cheesy deliciousness) Anyway, Mr. Handsome and I reaaaaaallly wanted an elephant ear while we were there, but alas, we didn’t really have enough time, so we headed home. The next day I still wanted one and when I saw the wontons in the fridge they sparked an idea. Fried wontons in cinnamon sugar! Oh!! And then I could use the caramel from the contest, loads of chocolate and candy bars. oh heavens. Let’s just say I got pretty full that afternoon, and while I may not have thoroughly enjoyed all three football games Mr. Handsome watched that day, I did enjoy the food.

Won ton wrappers are not real high in carbs.

Unopened won ton wrappers will keep in the refrigerator for quite a while.

Once opened, they can be kept for about a week in the refrigerator.

You can freeze won ton wrappers for up to 2 months.

What Apple Can You Use Instead of Granny Smith?

Honey crisp, gala, and fuji apples have a similar texture and flavor to granny smith apples. 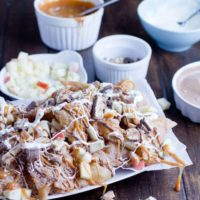