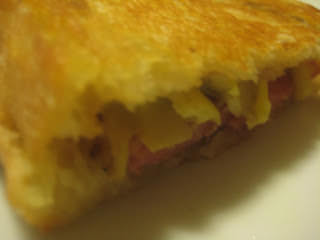 *I realize the picture is not great..I was trying to capture the salty goodness, but this picture doesn’t do this ham and artichoke panini justice. These puppies are so good.

If it is cured, smoked or baked, ham is considered “pre-cooked,” and would not need to be cooked before eating.

“Fresh” ham in not precooked and needs to be cooked before eating.

Is Artichoke Good For You?

Artichoke is a good source of folate, dietary fiber, and vitamins C and K.

Artichoke is also packed with antioxidants which protect the cells of your body.

Can You Eat Artichoke Raw?

Although most artichoke recipes call for the vegetable to be steamed, sauteed or braised, artichokes can also be eaten raw. 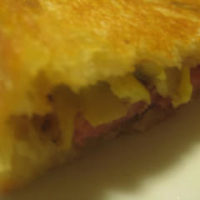