It’s happening. Dessert recipes for the instant pot are amazing! This peanut butter cup instant pot cheesecake has an oreo crust as well so dig in! 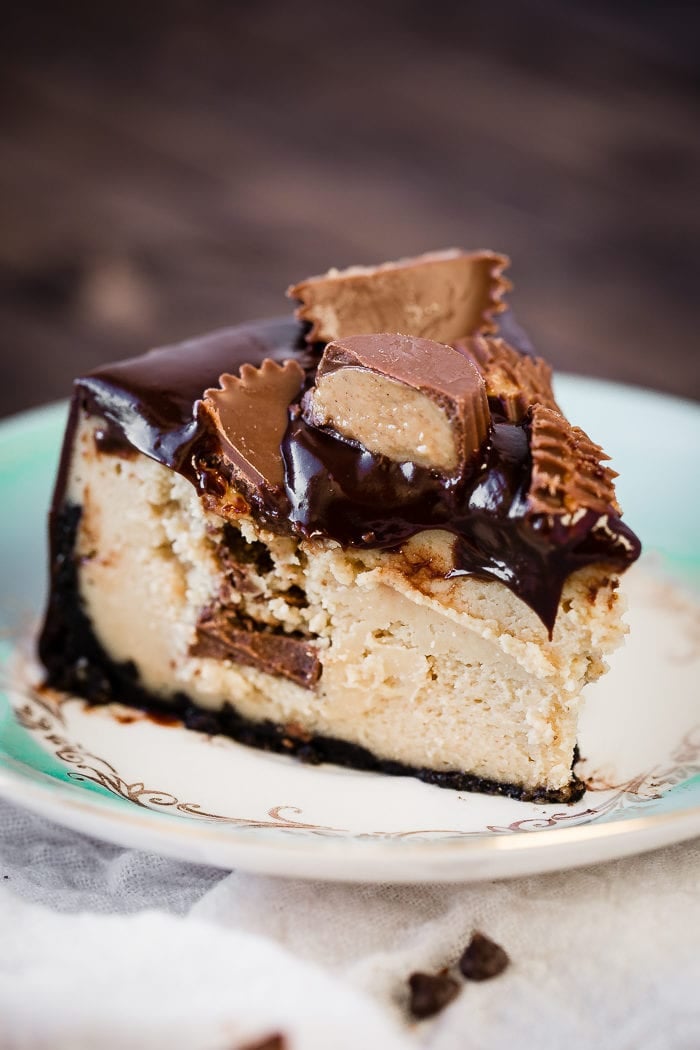 Instant pot recipes, pressure cooker recipes and slow cooker recipes are all the rage this year and we are happy to jump on that bandwagon. There’s nothing quite like a creamy cheesecake to make you feel like you’ve died and gone to heaven and this instant pot dessert recipe, Instant Pot Peanut Butter Cup Cheesecake with an Oreo Crust is everything you want and need for Valentine’s Day. 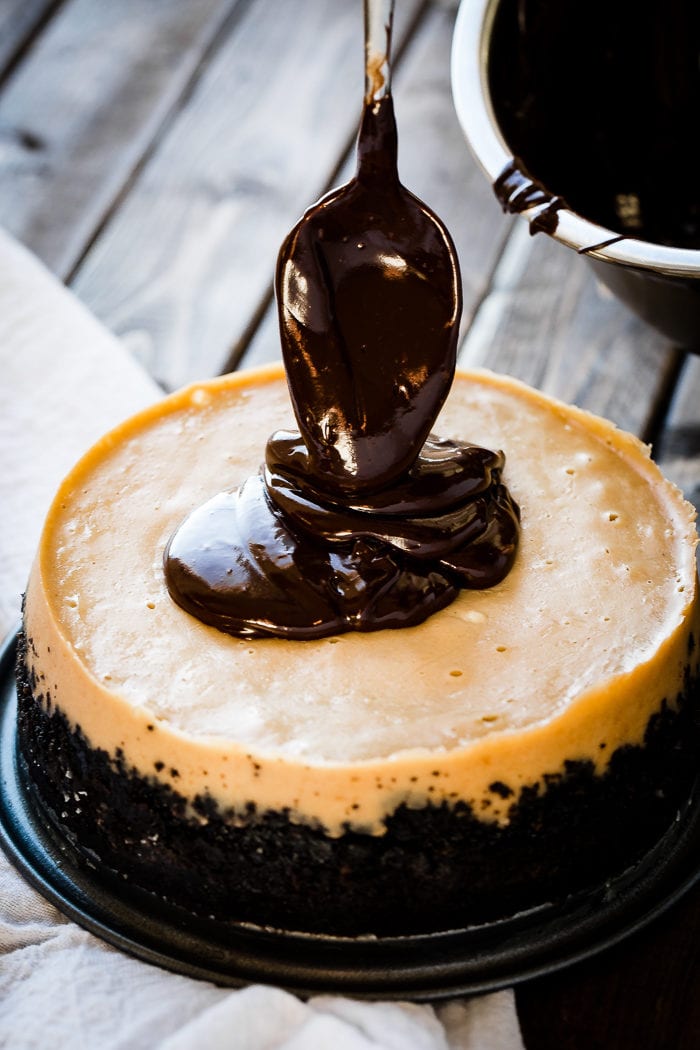 Last fall we posted our very first Instant pot recipe, one that I’m pretty shocked I’m so obsessed with, 2 Ingredient Instant Pot Applesauce. It is amazing. Like, I literally never think about having a bowl of applesauce, but now I’m enamored with the stuff.

The entire book is filled with perfectly written recipes that are easy to understand and make, along with pictures so you know exactly what you’ll be making. I love that the cookbook contains valuable information to make pressure cooker recipes, or we use our Instant Pot turn out perfect every time. 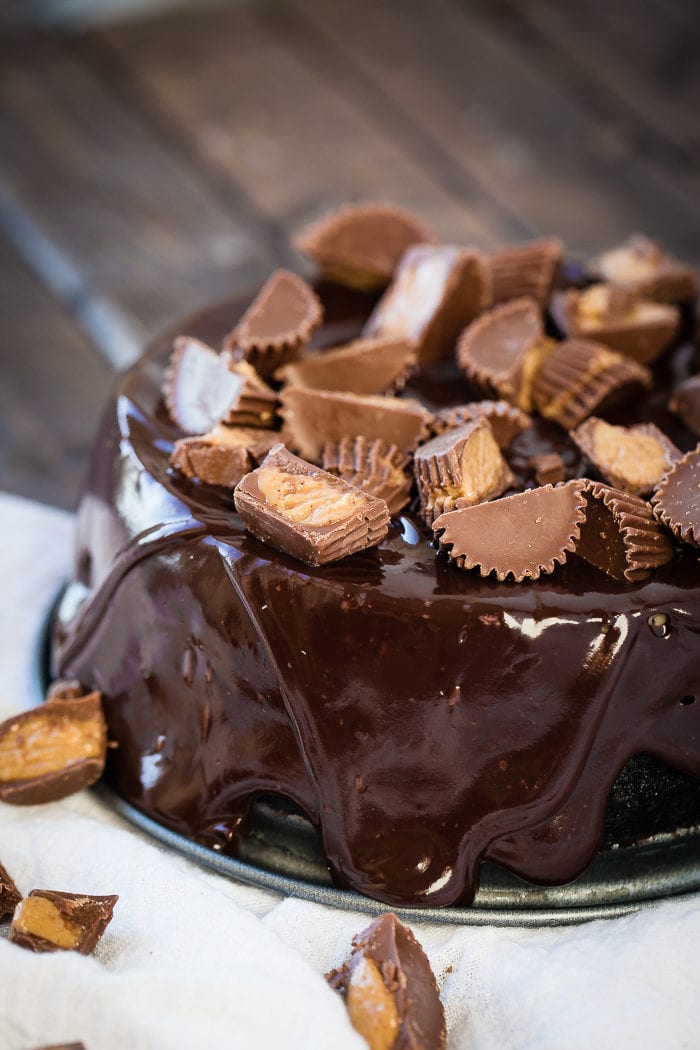 Which Instant Pot is Best

We often get asked which instant pot is best to buy or which pressure cooker is best, and for us, a family of 5 with small children, who also like to host guests, the Instant Pot DUO Plus 60, 6 Qt 9-in-1 Multi- Use Programmable Pressure Cooker is the best. Now, if you have a large family of older children then yes, go ahead and get the bigger one but a 6qt instant pot (an electric pressure cooker) is plenty big enough for most families.

We also like that this particular model has the saute, yogurt, bean and chili, and even rice option so you can make so many different things all in one gadget. You can get rid of your steamer, rice maker, and slow cooker with one item, but if you’re me I keep them all because I’m weird like that, haha.

Which pressure cooker size do you need? Again, it really just depends on what size of family you have or how many people you cook for. For 4-6 servings you’re good with a 6qt but if you need to make more than that just get a bigger size, however don’t get the bigger thinking it’s better if you don’t need it. A big pressure cooker to cook a small amount of food isn’t a great idea as it can cook it differently. 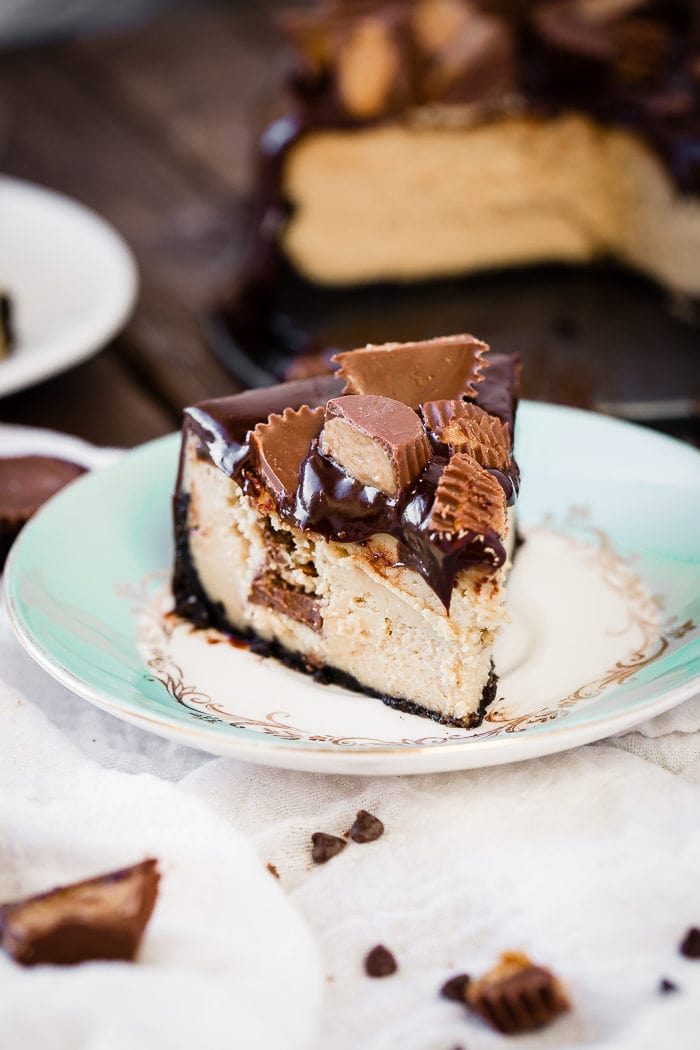 Are Pressure Cookers and Instant Pots the Same?

An instant pot is pretty much the same thing as an electric pressure cooker, but you also get the functions of a slow cooker, saute pan, yogurt maker etc so it’s like a circus in there, the good kind, not the creepy clown kind.

How to Make Cheesecake in an Instant Pot

To make a cheesecake in an instant pot or pressure cooker you need three things, a sling, a water bath and a trivet.

A trivet is something that should come with your instant pot. It allows whatever is placed on it to sit up off the bottom of the pan or out of the water. It’s a little metal rack.

A water bath is way easier in an instant pot than the oven as you just pour a little water in the bottom of the pan, lower in the trivet and then set a pan of cheesecake with foil over the top onto the trivet using the sling. 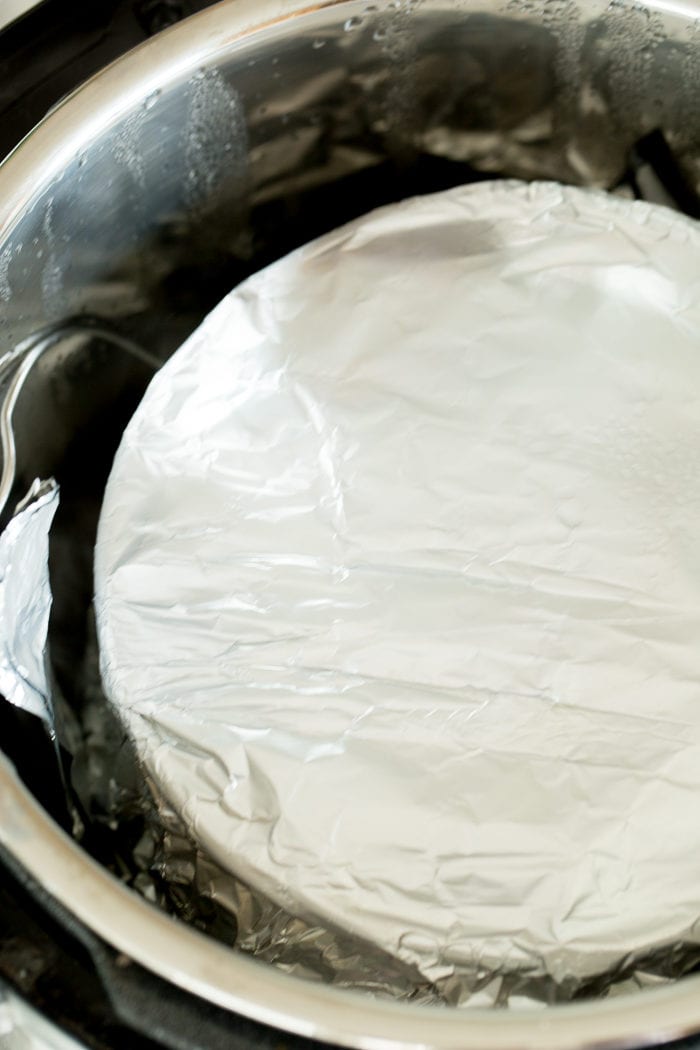 A sling can be quickly made using foil and often I’ll save it and reuse it one more time since it doesn’t get dirty.

Take a long piece of foil and fold it lengthwise, just like when you learned hot dog versus hamburger at school. Keep folding until it’s about 2″ wide. Place the foil under a pan and gently lift the two ends to set a pan inside of another pan. This keeps your hands free from hot sides or from awkwardly dropping the pan of food.

The instant pot peanut butter cup cheesecake starts off with a super easy oreo crust, then a creamy and silky peanut butter cheesecake filling and finally a rich chocolate ganache poured over the top and sprinkled with mini Reese’s Peanut Butter Cups.

Hey, speaking of, do you know the trick to cutting a peanut butter cup? Always turn it upside down and it won’t smoosh or crumble on you. But then again, you get to eat an instant pot peanut butter cup cheesecake, so who cares if it doesn’t look perfect as long as it tastes good!

What Tools for Instant Pot Cheesecake

So that you don’t run into the same issue as I did with having the wrong sized pans, here’s what you need to make cheesecake in an instant pot. 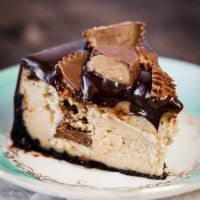 To Make the Crust

To Make the Filling

To Make the Ganache

No-bake mini cheesecakes with raspberry sauce are the perfect desserts for a beautiful end to any meal. A great spring or summer dessert! 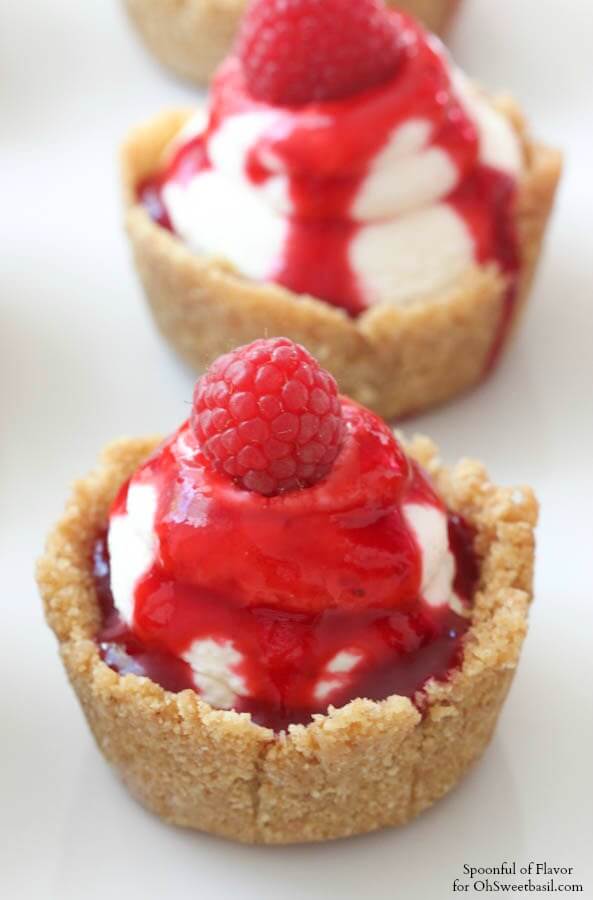