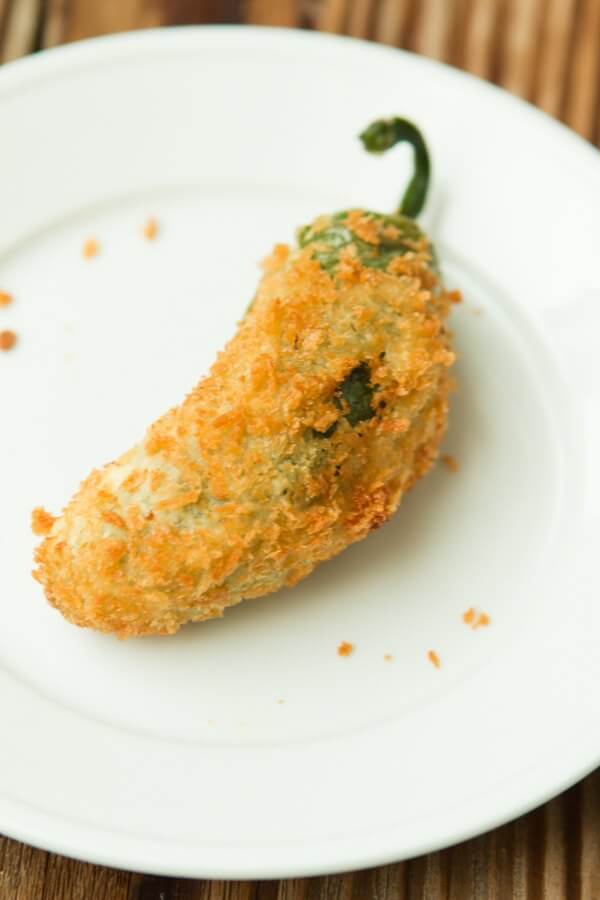 Well listen, this post is going to be a tad different and I’m going to be totally honest with you. I don’t like these jalapeno poppers. Ugh, why share it then right? Well, I’m sharing it because I’ve never been a jalapeno popper person, but Cade really likes them and I’m such a big believer in give and take in a marriage. I’d much rather have these deep fried 7 layer dip taquitos to be honest with ya. 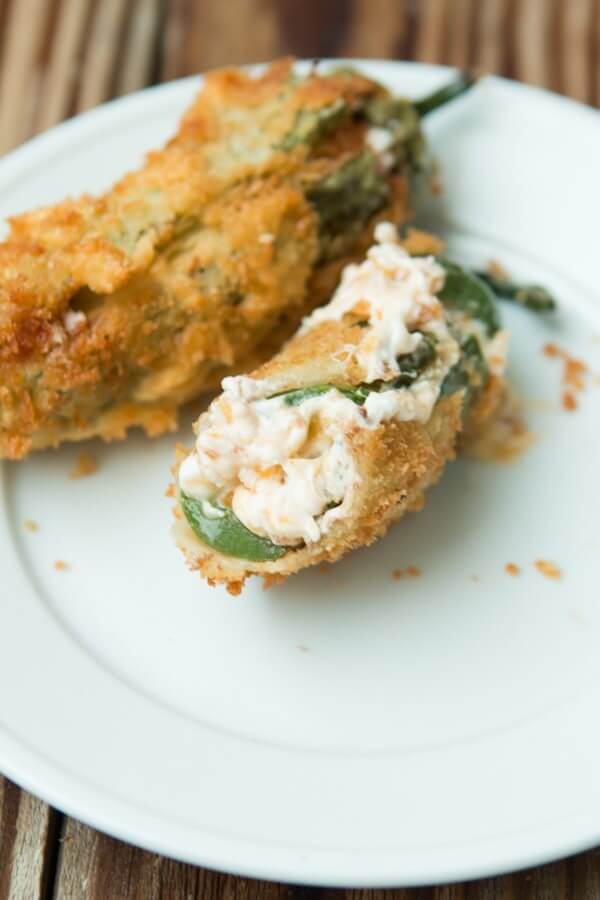 I have a few friends that either rule the roost or their husband does. They watch the movies they want, don’t help with bedtimes or waking up in the middle of the night kiddos, etc etc. It is not how Cade and I work. I may not want to watch Star Trek the new movie, but Cade does and so I sacrifice and eat a cookie while watching so it’s not all bad. Cade may not enjoy having my cold toes between his knees during the winter, but he knows I can’t ever get cold so he let’s it slide.

It’s a give and take. Neither rules the roost, and neither is a push over either. So when he mentions that jalapeno poppers sound delicious I spend a few days figuring out a recipe he will love and create it entirely for him and you know what, he adored them! So there’s a win and now he can rub my feet while we watch an old episode of Psych on Netflix. Done and done.

The difference in red vs. green jalapeno peppers is age.

Green jalapeno peppers are picked when they are younger.

When left on the plant longer, green jalapenos will turn red.

The younger the pepper, the milder it is.

Can You Freeze Jalapenos?

You can freeze jalapeno peppers raw or even roasted.

Simply put them in a freezer bag and freeze.

When you thaw the peppers out for later use, they can become limp and rather squishy, but they won’t lose their flavor.

Will Jalapeno Peppers Burn Your Skin?

The oil in jalapeno peppers can burn your skin.

You should always wear rubber gloves when cutting jalapeno peppers.

If you get burned, try rubbing alcohol first to remove the burning oil.

Then, soak the area in milk or another dairy product.

Only use water or saline for your eyes.

*Funny Story:  Moments after I answered this question, my sister called in a panic! “I was cutting peppers and somehow got some in my eye!  I can’t even open my eye and it hurts unbearably!  What do I do?”  Well, since I had just answered the question for all of you, I said, “Quick! put some yogurt on your eye!”  She did, and said she immediately felt cooling relief. But, a minute later, it was burning again.  And…she only had 5 minutes till she had to go pick her son up from school.  She was panicked!  I told her to soak a cotton ball in milk and dab her eye with it.  She quickly tried this solution with perfect results.  After only a few seconds she could open her eye.  Then, all of the burning stopped and off she went to get my nephew!  I tell ya, milk works! hahaha 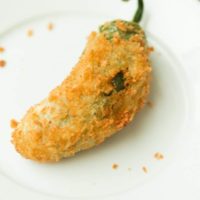 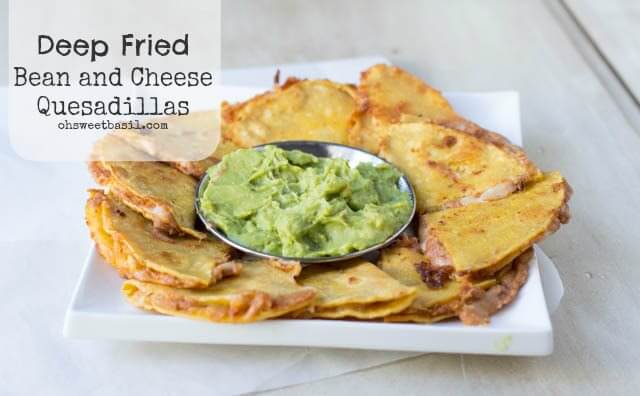 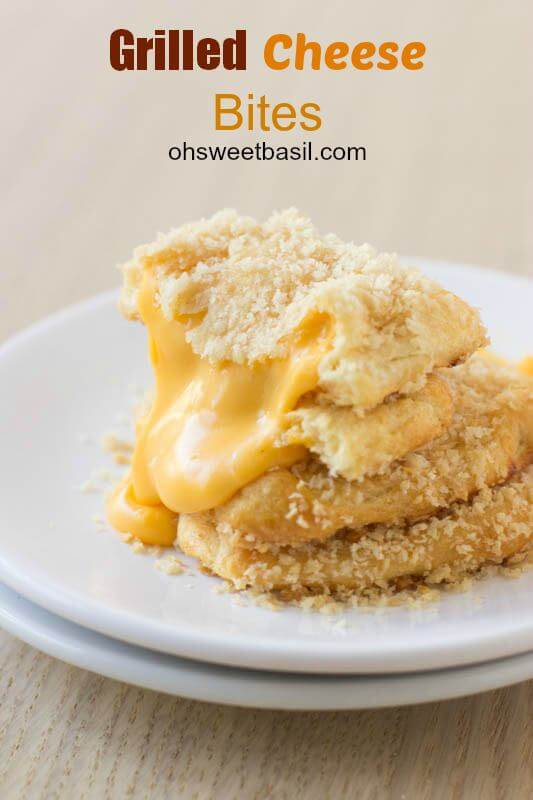 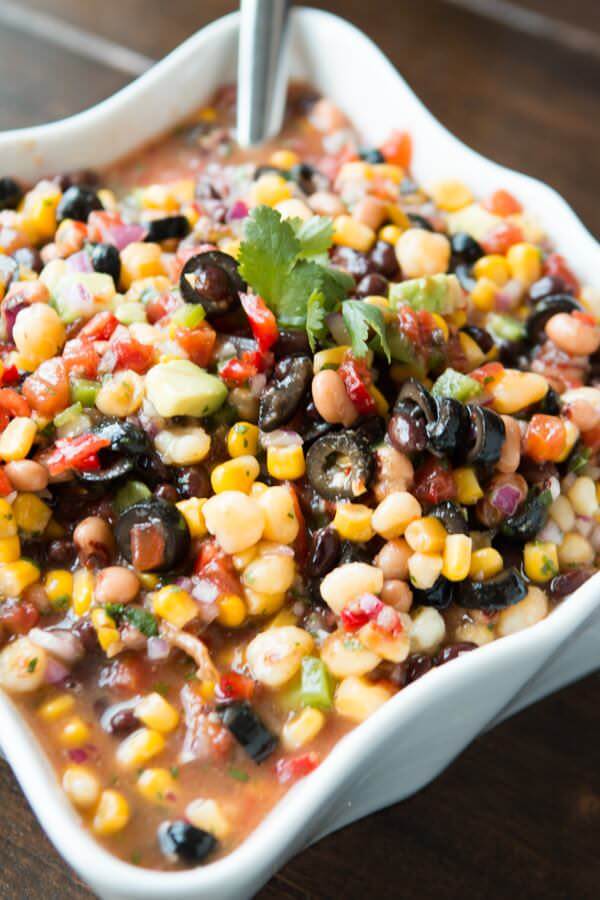