Pizza Potato Skins are the perfect snack for Game Day and all year long! Baby potatoes are topped with sauce, plenty of cheese, and mini pepperonis or your own favorite toppings. 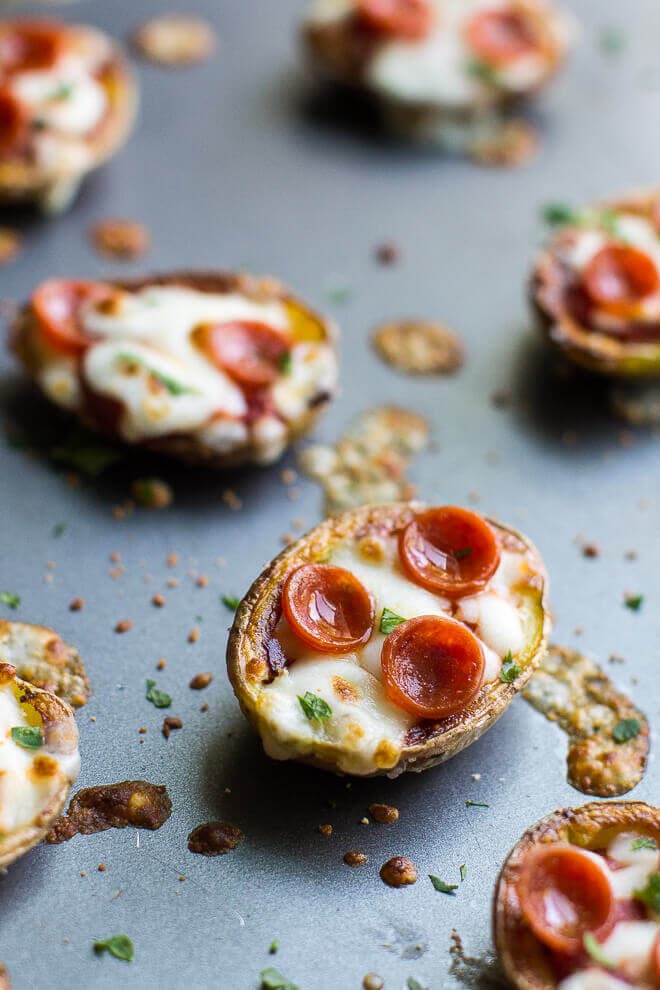 Potatoes have a botanical classification of vegetable.

But nutritionally speaking, potatoes are a “starch”.

Maybe it’s the optical illusion of eating more (because you get to eat MORE when things are small!). Or maybe small food really does just taste better.

I remember early on in my relationship with my husband, we were making a frozen pizza. He wanted to cut it into 8 pieces, but I urged him to cut it into 12. He couldn’t possibly understand why, so I gave him my Genius Answer.

“Because I get to eat more pieces that way.” 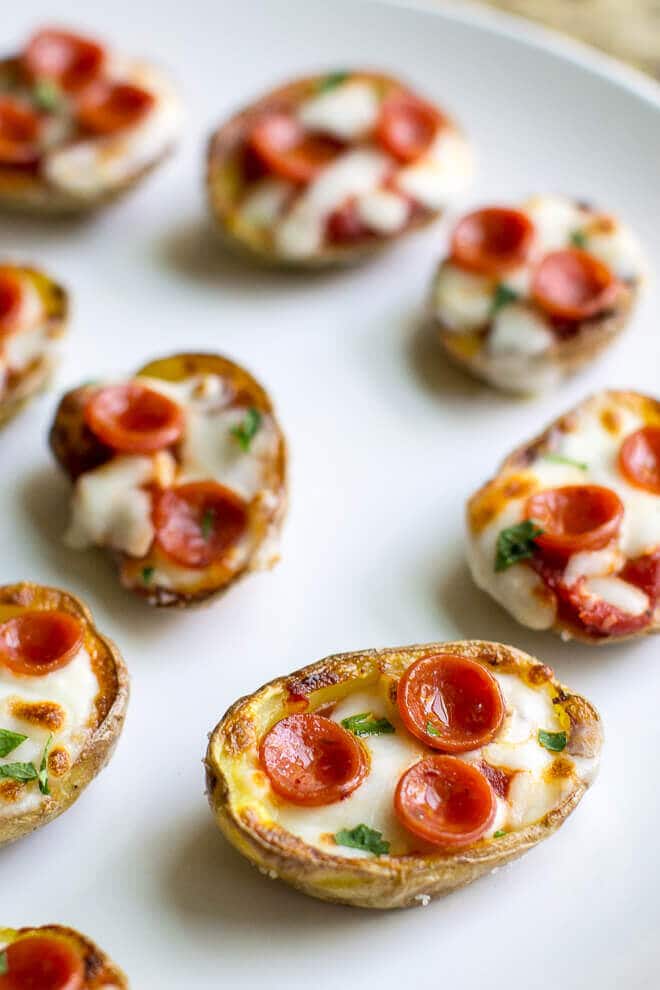 Speaking of pizza, these Pizza Potato Skins are everything you want in your next Game Day or party snack.

They are DELICIOUS, fun, and great for a crowd. They are ideal for kids, too, because the baby potato halves fit so easily in small hands.

Microwave the potatoes to cook them through, then crisp up the skins in the oven. Add your toppings and broil until golden, bubbly, and happy!

One medium-size potato with the peel, in particular, contains just 110 calories, more potassium than a banana, and almost half your daily vitamin C with no fat, sodium, or cholesterol. 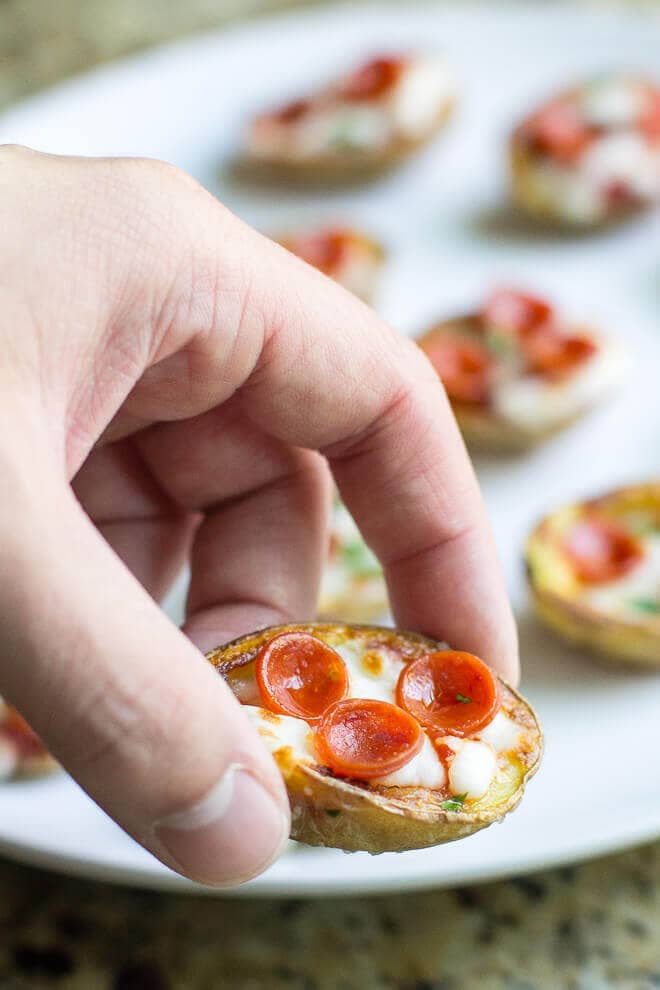 Use my delicious Homemade Marinara Sauce (it’s made in minutes with 5 pantry ingredients) or use store-bought pizza sauce.

Need a vegetarian option? Skip the pepperoni in favor of your favorite veggies. Tiny onions and olives sound like perfection to me!

Which Potatoes Are Best for Potato Salad?

The best potatoes for potato salad are waxy potatoes such as Yellow Finn, Yukon Gold, and red potatoes that hold their shape when they’re cooked and keep their firm texture in the salad when you chop them up and toss them with dressing. 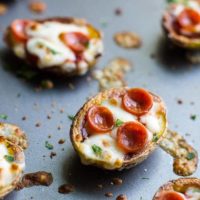 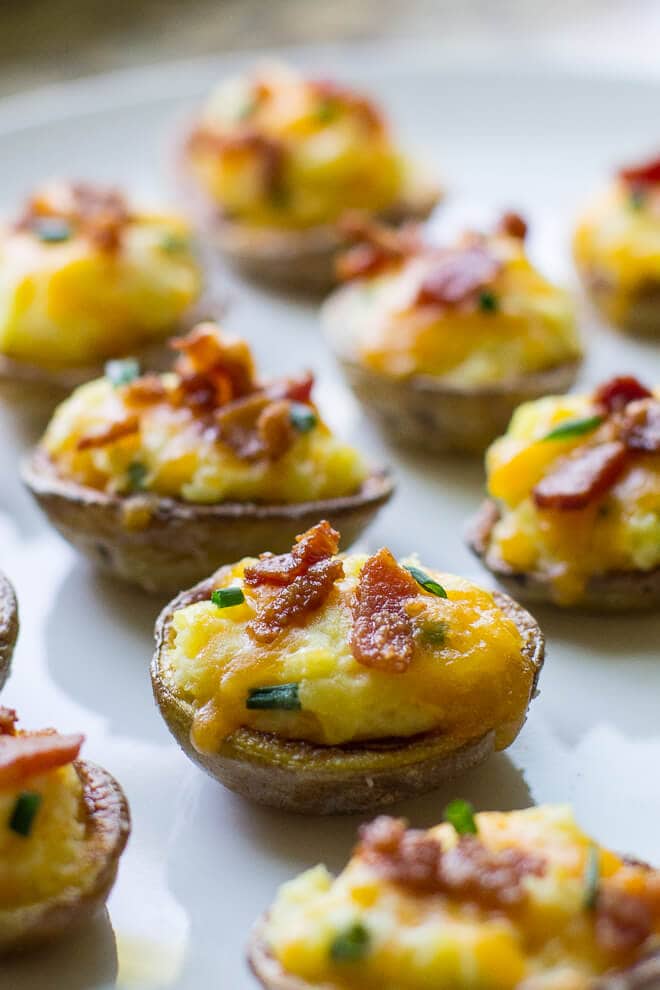 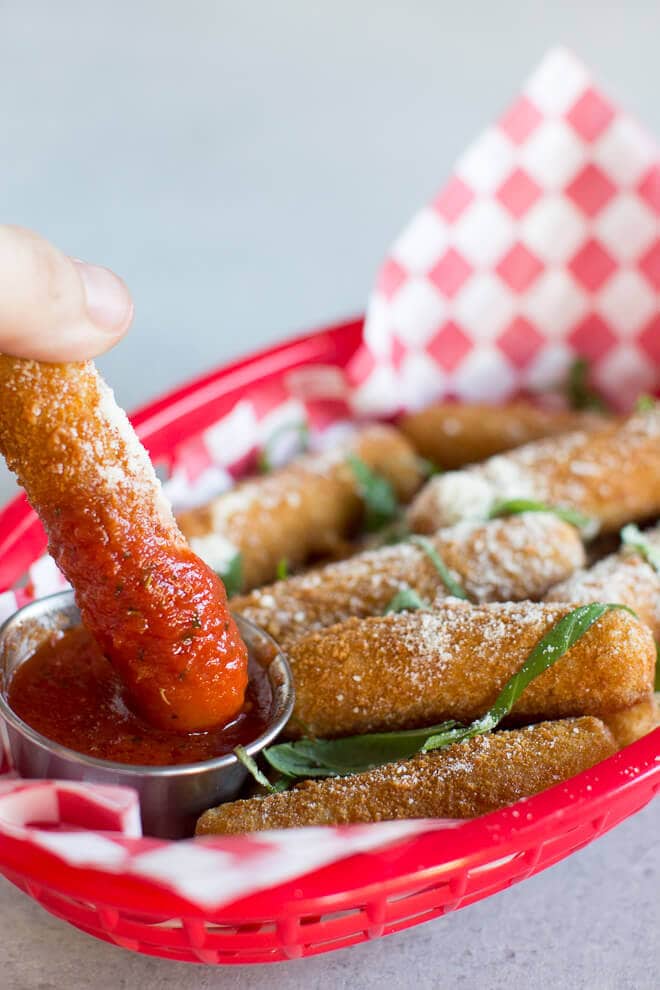 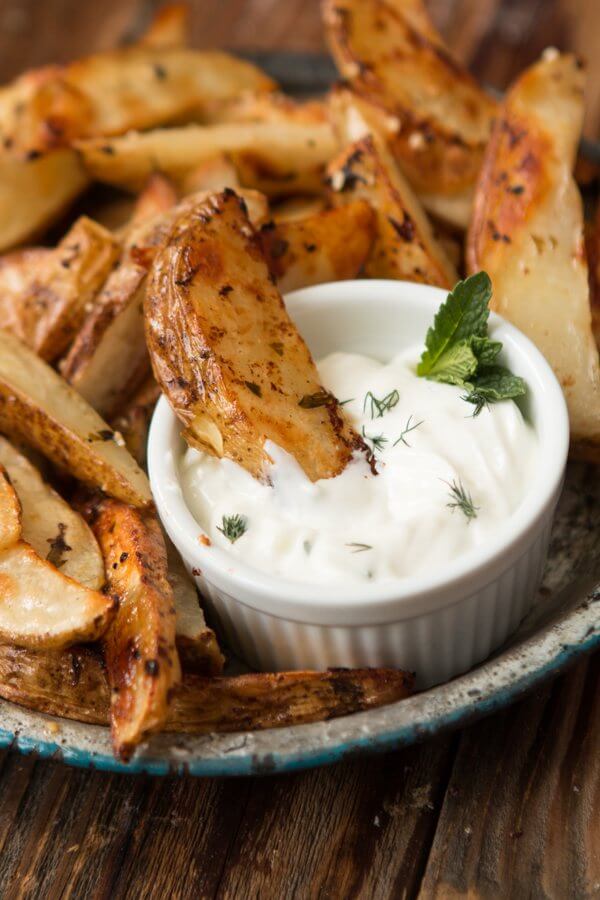 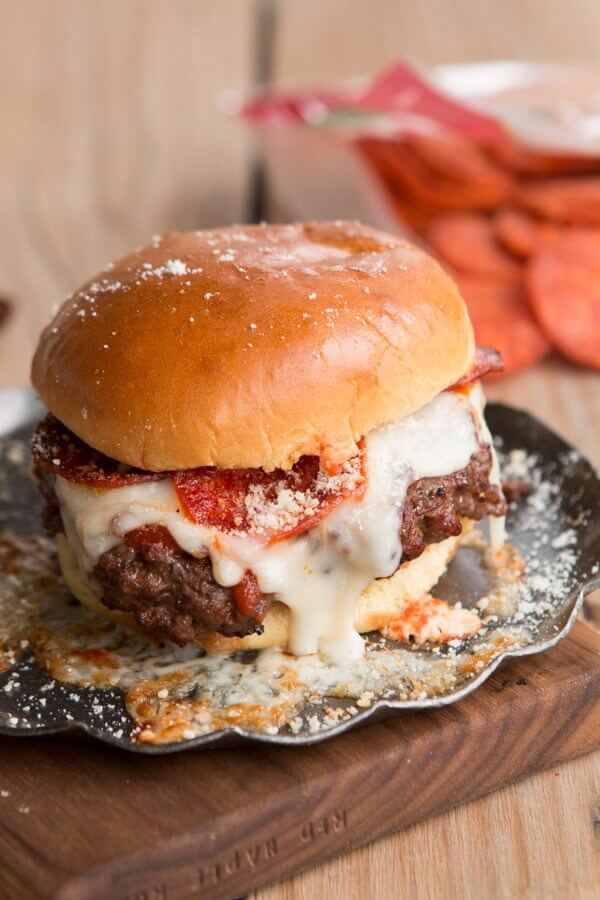 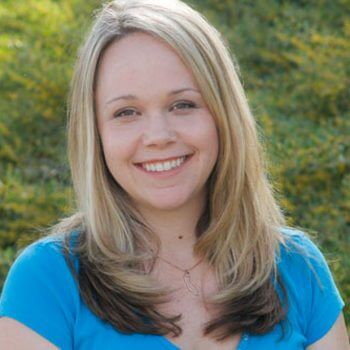