Raised in the Kitchen is available for pre-order! 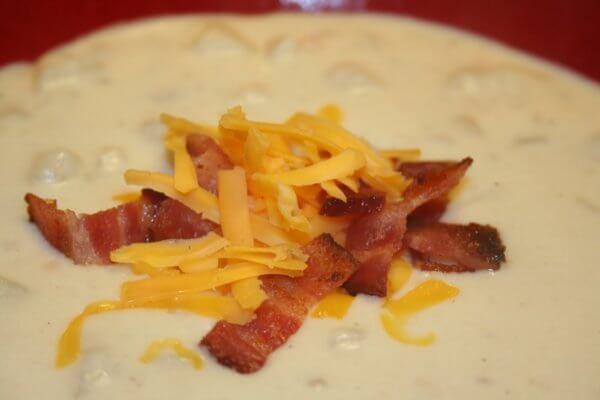 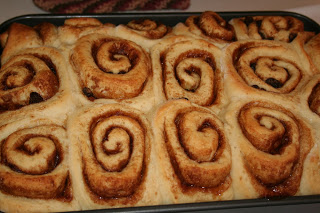 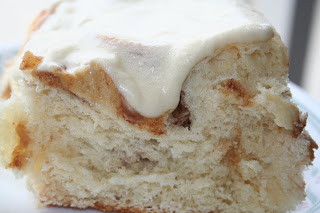 It’s Soup week at Sweet Basil!!! Can’t go wrong with Potato Soup and Cinnamon Rolls!  I know, I’m a little late in the year to be posting about soups, but I wasn’t able to cook this winter so I’m making up for it now. Stay tuned all week to see some of our favorite soups!

As has already been mentioned, growing up we always had cinnamon rolls for dessert when Mom made Potato Soup. I cannot have potato soup without them now. It just doesn’t seem right. This potato soup is creamy and has actual chunks of potato in it. I’ve noticed a lot of people don’t do that. I don’t know why. It’s potato soup, you should be able to tell there are potatoes in there! Anyway, I do mine just barely different than Mom does just to make it a little more creamy.

These cinnamon rolls are also delicious. They got just slightly over baked, but they were still yummy. The only thing that drives me a little nutso is the cinnamon deliciousness. I think next time I will not melt the butter, but just soften it and mix everything all together so that it doesn’t melt into the rolls as much. Now, don’t get me wrong, these are still oh so yummy. I am just looking for more of a cinnabon effect. If anyone knows a better way to keep the filling extra gooey please let me know!!

What Potatoes Are Good For Soup?

Yukon Gold are considered to be all-purpose potatoes.

Russets, purple, red potatoes and sweet potatoes are all good choices for soups.

Can Chicken Broth Be Used Instead of Chicken Bouillon?

One cup of broth can be substituted for one cube of bouillon or one teaspoon of granules.

Can Cinnamon Roll Dough Be Frozen?

You can freeze the rolls, unrisen, in the pan.

Cover tightly with both plastic wrap and foil, and freeze for up to 6 weeks.

Cinnamon rolls should be thawed in the frig and then allowed to rise at room temperature before baking. 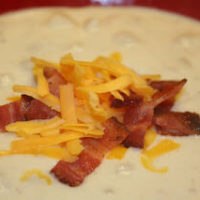 Recipe By Mom adapted by me