We took our favorite white cupcake and added a touch of lemon, gobs of lemon curd and a bright raspberry for these raspberry lemon meringue cupcakes! 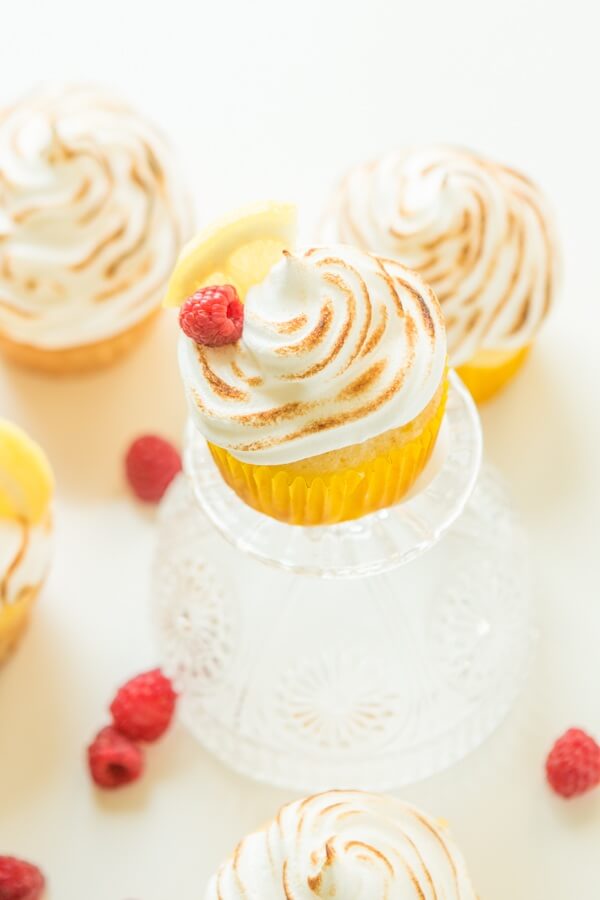 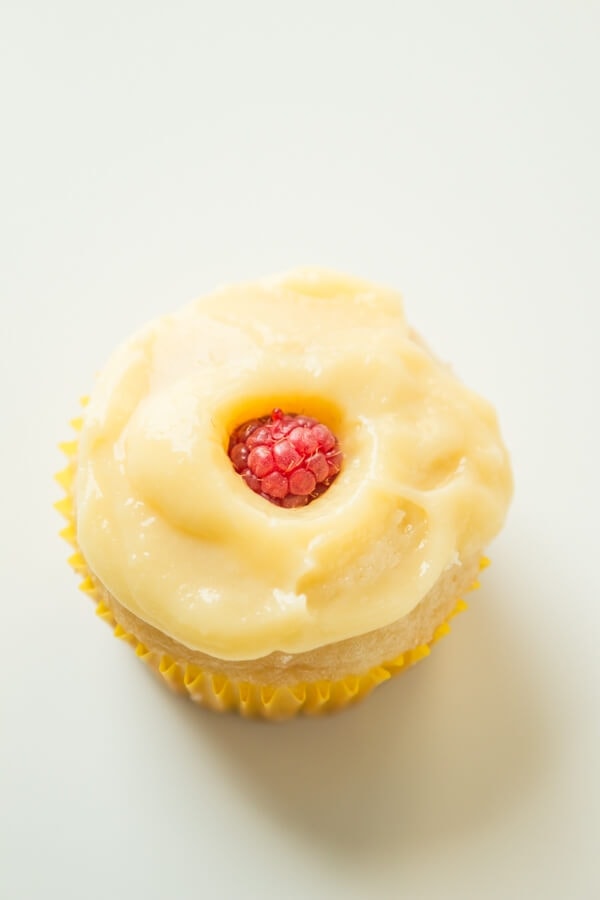 This is literally a lemon cupcake, but not in the traditional way. We really wanted the lemon curd to be the star, so we just added a little extract to the white cake instead of the traditional vanilla. They are wonderful! The bright raspberry all tucked into the center freshens up the whole cake too.

Why Do Cupcakes Go Flat?

Many of the ways cupcakes can go wrong begin with the mixing process.

Cupcakes won’t rise well if you don’t cream enough air into them, but if you cream in too much air they’ll rise high and then fall.

They’ll also collapse in the middle if the eggs aren’t mixed into the creamed butter thoroughly enough, because it’s the eggs that emulsify the fat and milk together into a coherent dough.

This means the eggs and milk will separate, resulting in a tough dough that sinks in the middle. 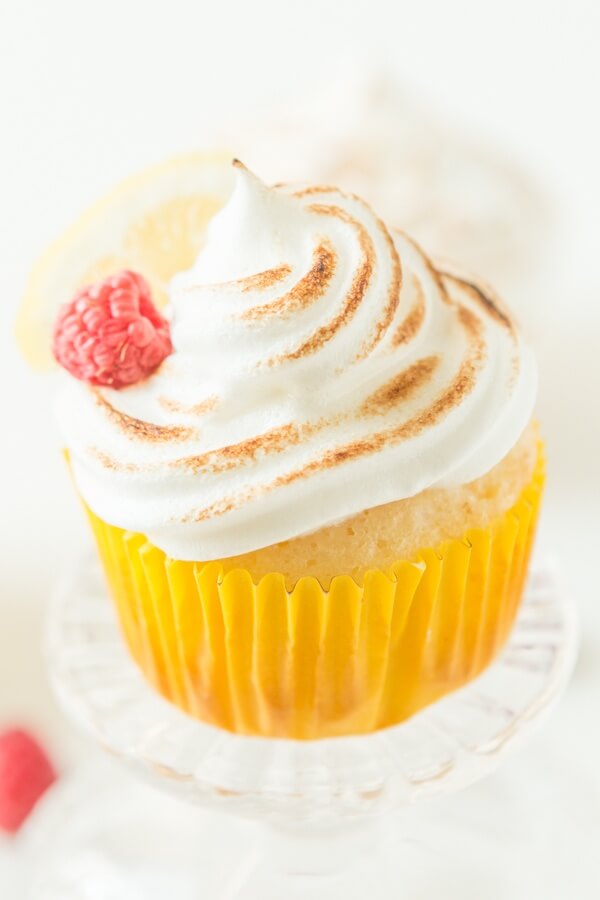 We’ve had a few questions about meringue and here’s what I’ll say, I know you’re nervous about it but don’t be. My mom taught me long ago that meringue needs a clean bowl, no yolks (so if one breaks into the whites you must remove all of it or start over as it will ruin your meringue) and cream of tartar. If you do those three things you’ll have nothing to worry about. Just follow our instructions and you’re golden.

How Do You Make Perfect Meringue?

Use the right bowl. Make your meringue in a clean, dry bowl made of glass, ceramic, stainless steel, or copper.

Egg temperature. Room-temperature egg whites whip to a higher volume, but it’s easier to separate the yolks from the whites when the eggs are chilled.

The solution is to separate the yolks and whites while the eggs are cold, then set the whites aside for 10 to 15 minutes to bring them to room temperature.

Sugar and sugar-to-egg ratios. You can use regular granulated sugar when you’re making a meringue, but many cooks swear by superfine sugar because its ultra-tiny crystals dissolve more easily and completely when you whip them up with the egg whites.

How much sugar you add depends on your recipe: Soft meringues used to top pies or baked Alaska, or to fold into batter have about 2 tablespoon sugar for every egg white.

Hard meringues you can pipe into shapes have about ¼ cup per egg white, and usually contain an acid such as cream of tartar or lemon juice.

Optional stabilizers. To make a sturdier meringue, your recipe may direct you to add an acidic ingredient such as cream of tartar, white vinegar, or lemon juice.

Caution: Don’t use a copper bowl if you’re adding acid to stabilize your meringue; it will react with the copper and discolor the egg foam.

Humidity hurts. Choose a dry day to make your meringues, otherwise they’ll suck up whatever moisture is in the air and never quite set up properly. 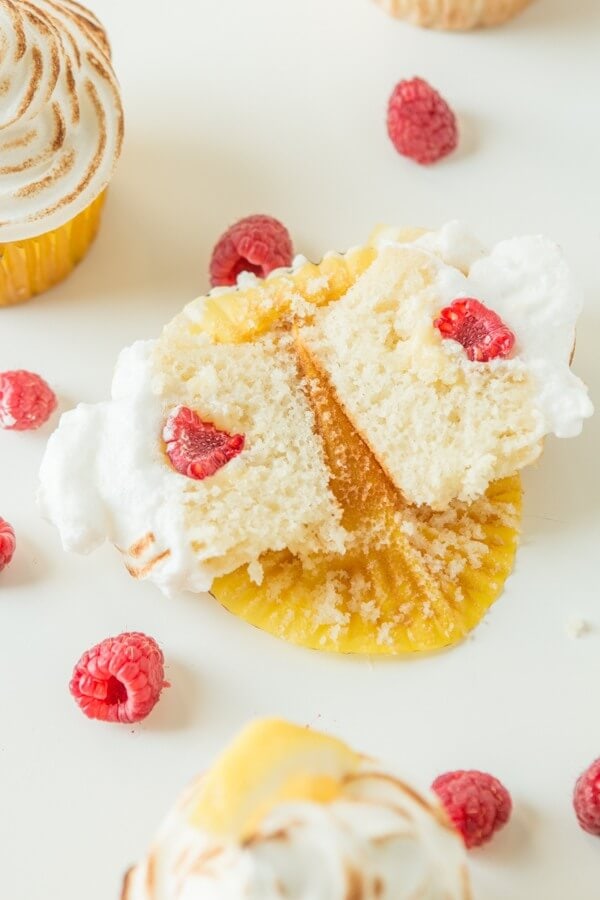 I really need to invest in one of these cupcake carriers and not just for transporting but because where in the world do you store cupcakes in your house?

How Long Will Cupcakes Keep?

Properly stored, freshly baked cupcakes will last for about 1 to 2 days at normal room temperature. 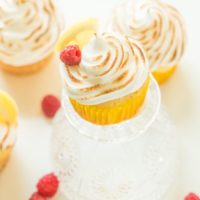 For the Lemon Curd

For the Lemon Curd

I love that a trifle doesn’t take fancy techniques or a steady hand, it’s all piled up and delicious. 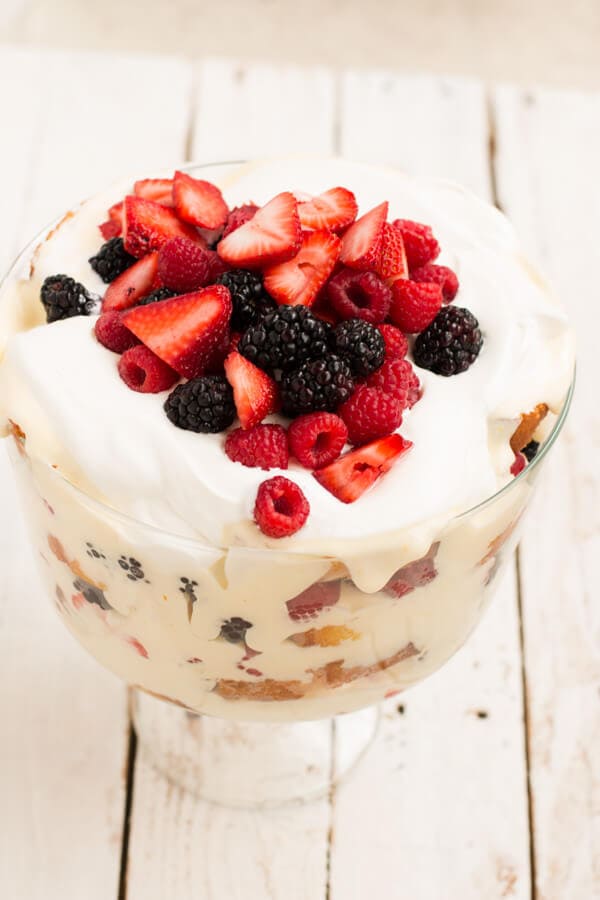