Out of this world decadent skillet rocky road brownies. This brownie is made right in the pan and is done in less than 30 minutes. It’s the perfect sweet and salty dessert to share with friends over a pint of ice cream. 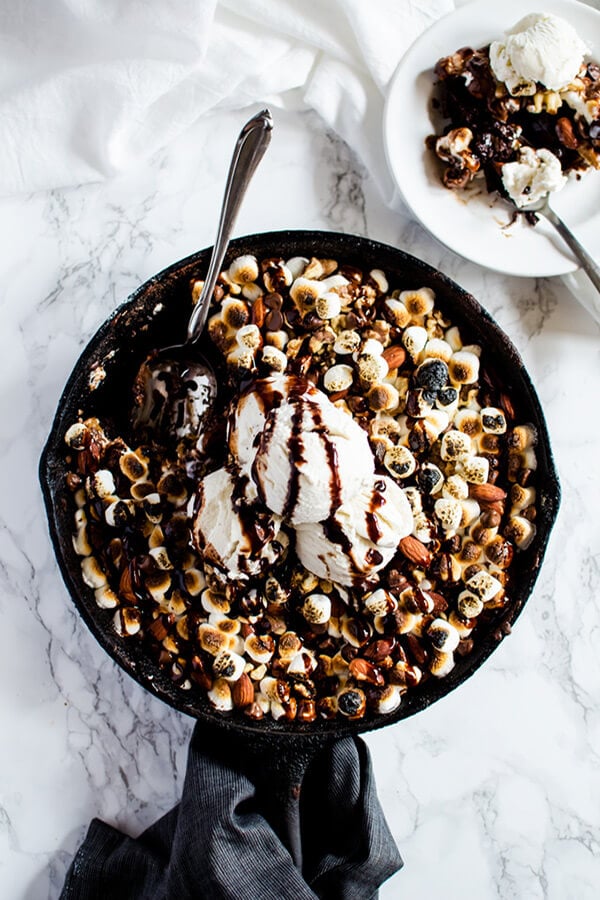 Brownies are one of my favorite desserts. This particular recipe is made and eaten right in the skillet meaning there is no mess to clean up. What could be more perfect than that? Maybe the fact that these rocky road brownies are unbelievably fudgy and basically melt in your mouth. Maybe the fact that its topped with salty nuts, toasted marshmallows, and chocolate chips. Who can tell? 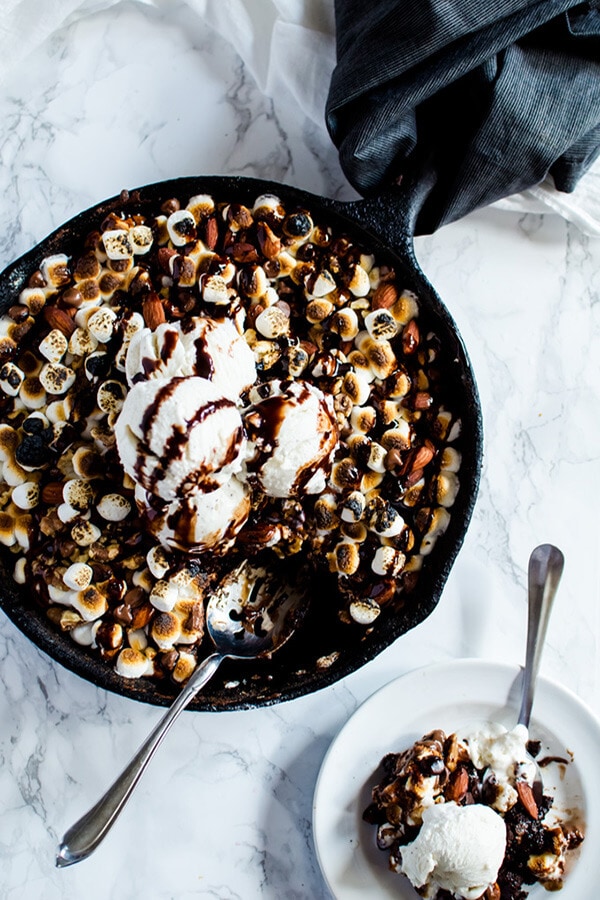 These skillet rocky road brownies are everything. It has so many flavors and textures and is so much fun to eat right out of the skillet with a few large scoops of vanilla ice cream and chocolate sauce. It might be my favorite brownie recipes. If you’ve ever been to my blog, A Cookie Named Desire, you may notice that this is a variation of my favorite brownie recipe. This brownie is mostly rich, melted chocolate. I used a mix of dark and milk chocolate to make this rocky road extra decadent and also used a mix of walnuts and almonds in the topping for optimal crunch. I love using my kitchen torch to get my marshmallows extra toasty, but you can also leave your brownies in the oven or in the broiler for a couple of minutes. Just be sure to keep your eyes on the marshmallows so they don’t burn. 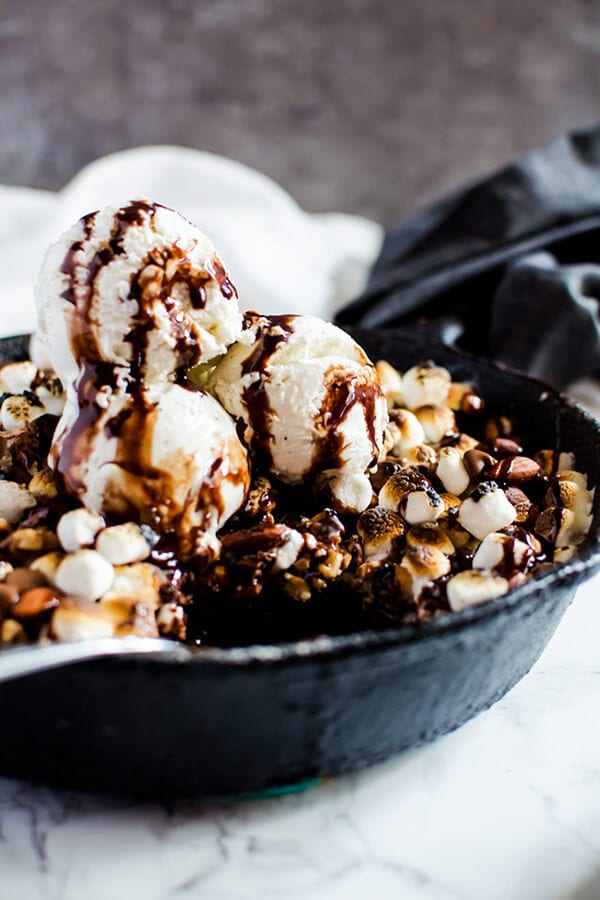 And you can eat these skillet rocky road brownies all on their own without any ice cream, but you’d really be missing out. You are going to want to reach for a nice tall glass of milk, so you may as well have it in the form of sweet vanilla ice cream. I recommend a good quality ice cream made with real vanilla bean. You won’t regret it.

Can You Use Salted Butter Instead of Unsalted?

You may want to reduce the amount of salt that is called for in the recipe.

How Do You Know When Brownies are Done?

Insert a toothpick near the center of the brownies.

If it comes out covered in moist crumbs, it is not done.

If there are just a few crumbs that stick to the toothpick, your brownies are baked to a chewy consistency.

If the toothpick comes out clean, the brownies are cake-like.

What Nut Could You Substitute For Walnuts?

The nut that is most close to walnut in taste and texture is Pecan.

Pecans in equal amounts can be substituted for walnuts. 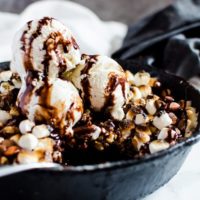 4.67 from 3 votes
Prep Time: 10 minutes
Cook Time: 20 minutes
Total Time: 30 minutes
Servings: 6
Save Recipe Print Recipe
Out of this world decadent skillet rocky road brownies. This brownie is made right in the pan and is done in less than 30 minutes. It's the perfect sweet and salty dessert to share with friends over a pint of ice cream. 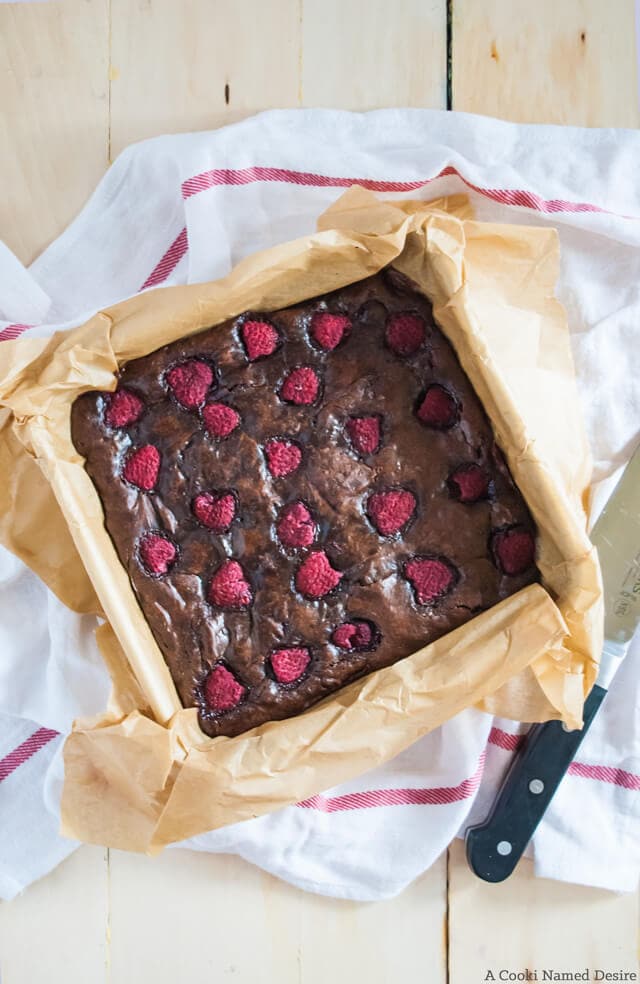 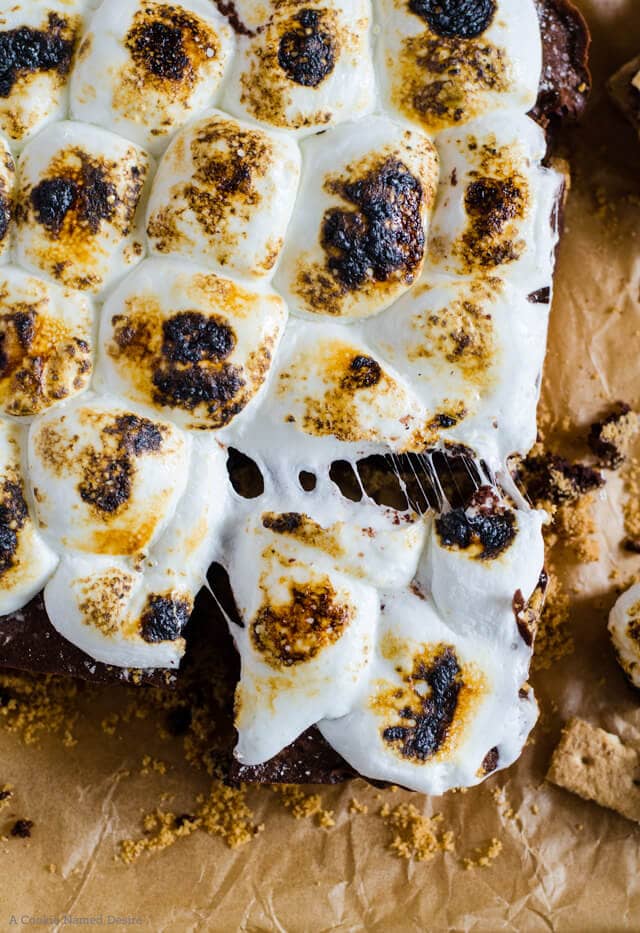 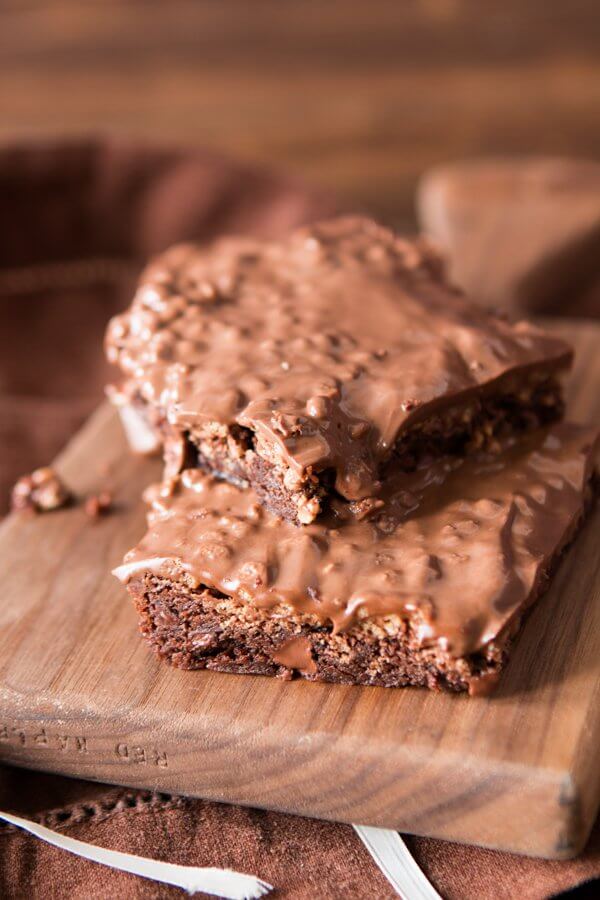 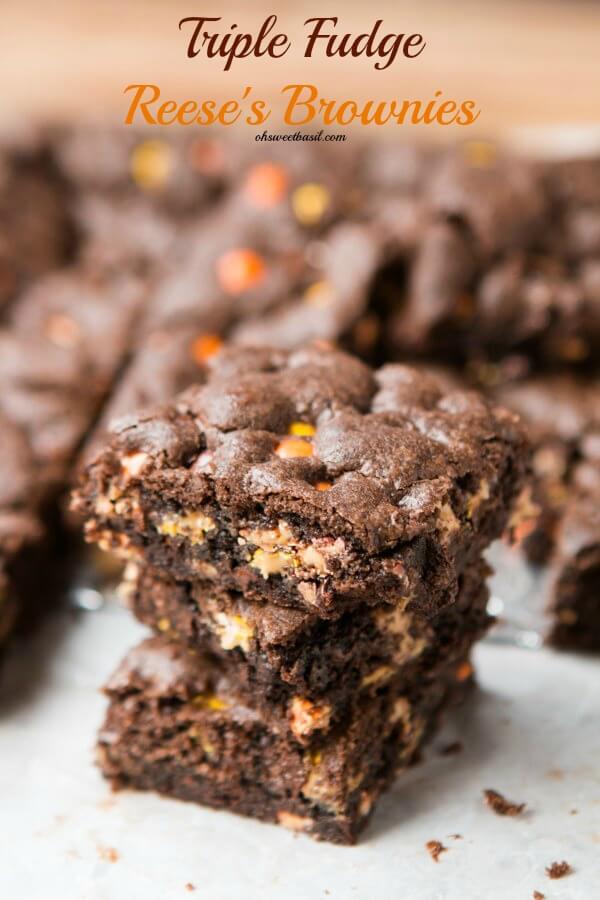 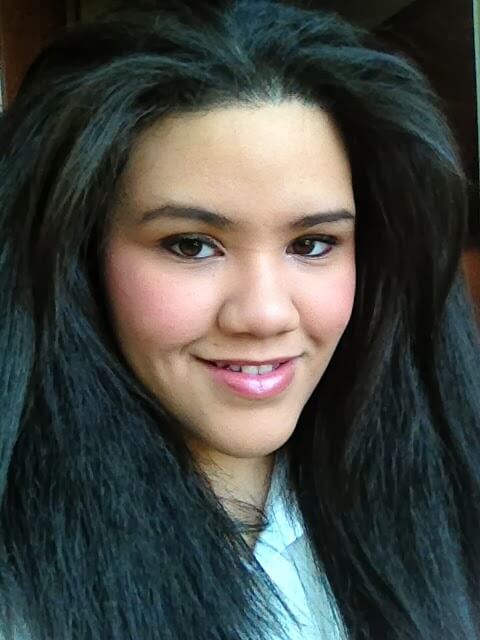