Golden grahams, chocolate and mini marshmallows to make the best s’mores munchies mix I’ve ever eaten!! And the kids love it too!

I promise I’m usually not a negative Nelly, but let me just quickly get a little something off of my chest. Or 5 things. You’re going to want to skim to the bottom, get the s’mores munchies mix recipe and make it first and then come back for my rant.

First, we surprised the girls with an early pizza party and then a little adventure off to the theater to see that Lego movie. I had whipped up this awesome s’mores munchies mix that much like the churros pretzels, cinnamon sugar pretzels, and scotcheroos chex mix is totally amazing, actually it might be better. Anyway I brought it into the theater, and I feel a little guilty for that but it’s probably the only thing that got me through, THE WORST MOVIE EVER. Ok, not ever, but we didn’t like it, and I’m pretty sure we are the only people in the world that feel that way. 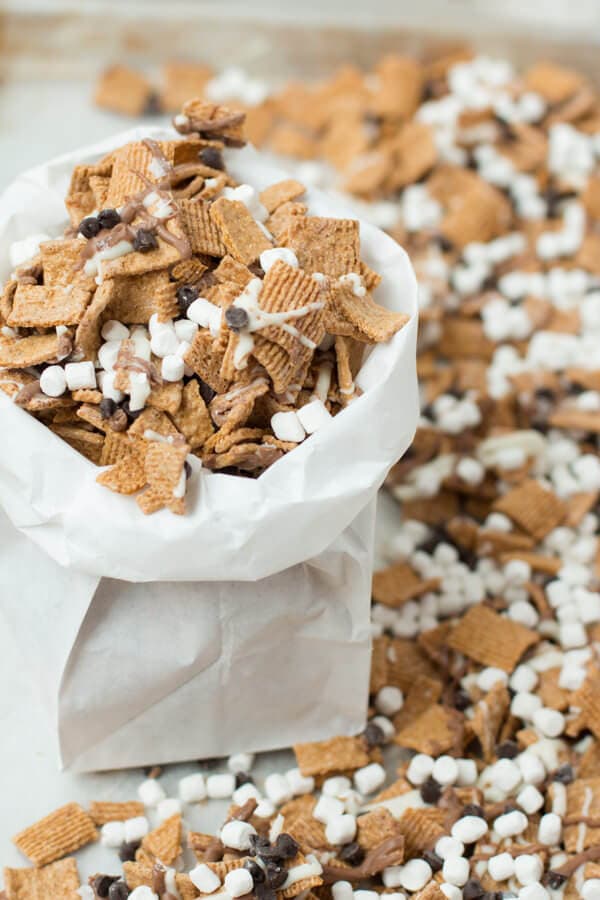 In fact I had my first grown up moment, I fell asleep. Actually, 3 times I dozed off! My grandma always did that. I’m officially old. But at least I can eat myself silly with our new favorite snack. It will be perfection for camping this summer too!

And number 2, stop with the Disney movies ulterior motives!!! Let’s just enjoy Frozen, Tinker Bell and any other movie that comes out without trying to put some political or religious hidden message in it. End of rant. See, that wasn’t too bad. Let the comments begin…

Most graham crackers are made from refined wheat flour.

Because they are made with wheat flour, graham crackers are not gluten free.

Most Marshmallows contain no gluten.

They are made from sugar, water, and gelatin.

However, some marshmallows may contain flavoring that has trace amounts of gluten. 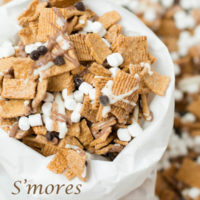 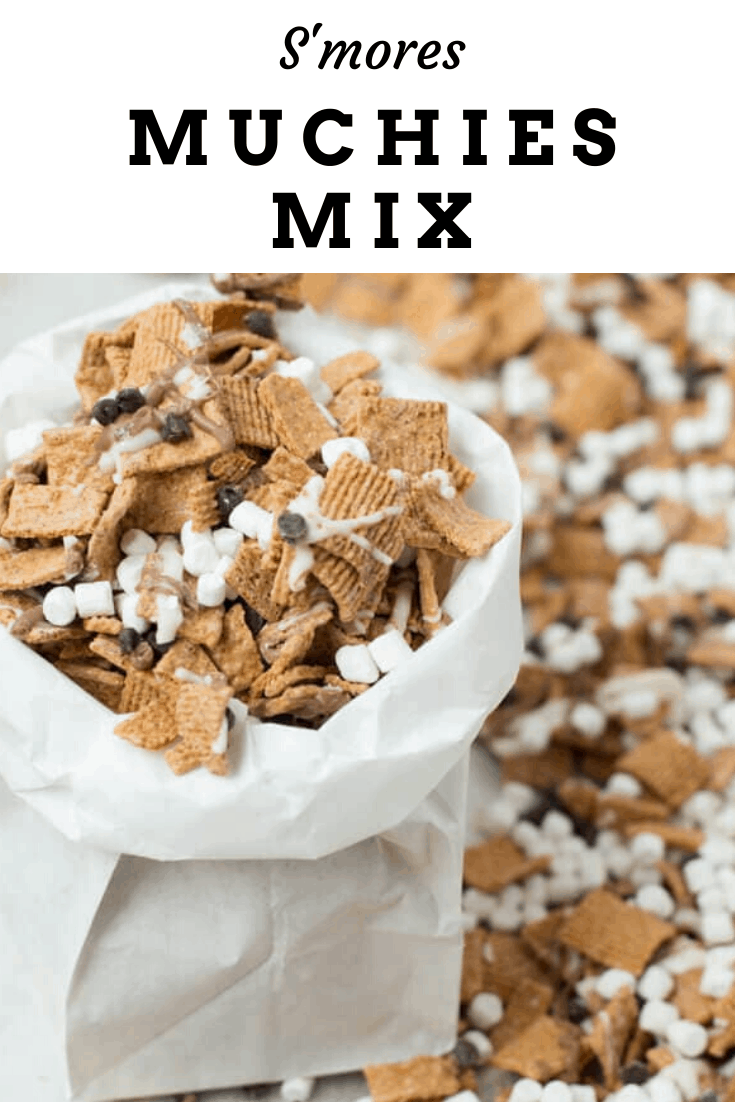 Soft and chewy cookies stuffed with a s’more?! Heck. Yes. 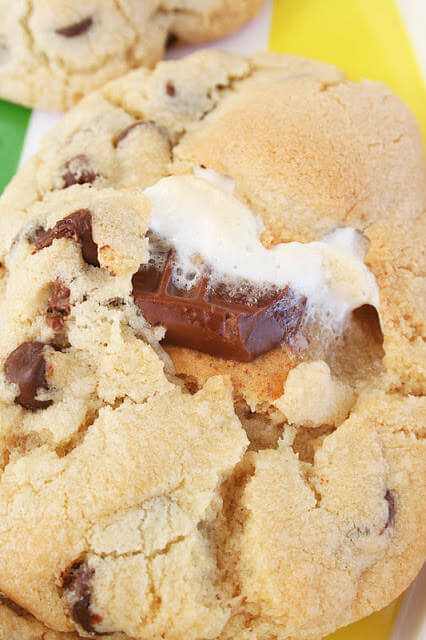 It’s a big, fat peanut butter cookie in a pie, but what’s in the middle? Well chocolate, marshmallow and reese’s of course! 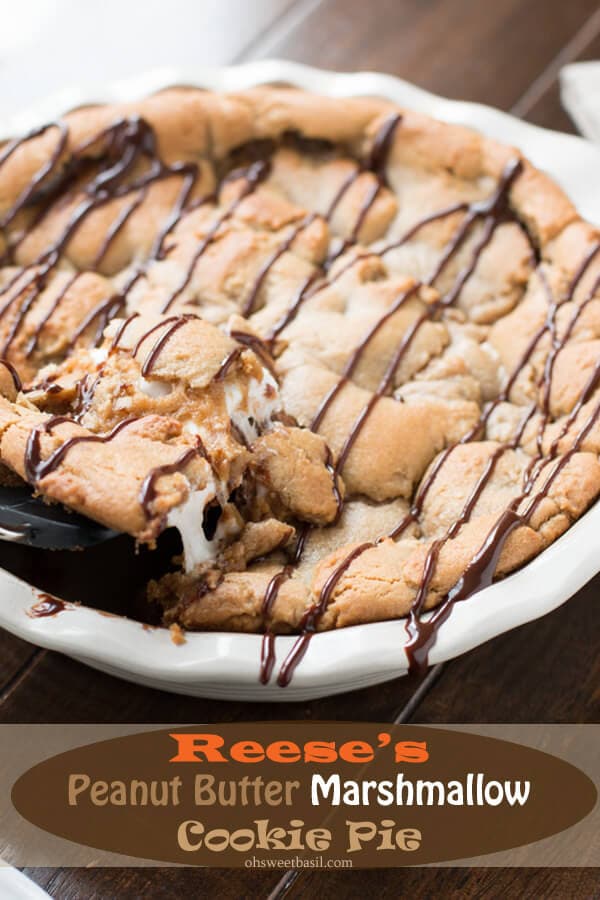