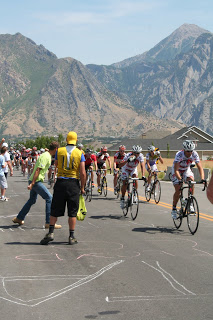 We went to watch one of the stages of the Tour Of Utah two weeks ago and it was pretty much awesome. I really don’t know anything about cycling and the clips really do make me feel nervous. I would for sure need to practice with them before heading out onto the real road. 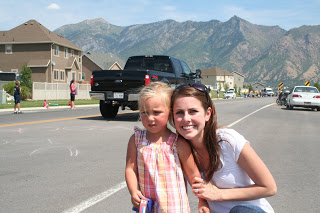 P doesn’t look super excited in this picture, but I promise you that she was jumping and cheering and ringing that bell like no other. Oh, and yes she tans like her daddy while her mommy looks like a big headed ghost. Sad. 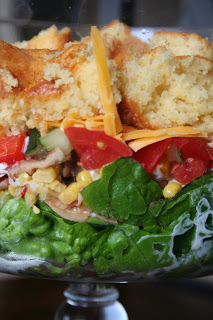 Anyway, after the race we headed to Cabellas to meet up with some friends and show P all of the animals. She kept talking to them, “hi deer!! What are you doing over there?” etc etc. It was pretty funny.

It was a busy weekend and we needed something easy going for dinner. I had been dreaming up this southwestern trifle idea so I decided to give it a try. A few things to note, * I decided to make the layers small since there are so few of us which ended up screwing up the picture because each layer was not pronounced enough. *I used romaine and red leaf just to try and mix it up. Cade and I felt that the red leaf was not good because it was so soft and we wanted more of the romaine crunch. *The stupid dressing I chose was a bit more thin so it ran out of the layers. Next time I will make it more thick and put it on a layer that wont let it seep as much.

This ended up being so yummy! It’s definitely a keeper. I was so worried about the cornbread with it, but seriously it was so so good!!!

What Are Burpless Cucumbers?

Burpless cucumbers are sweeter and have a thinner skin than other varieties of cucumber.

Burpless cucumbers have fewer seeds, are easier to digest and have a pleasant taste.

Burpless cucumbers contain low or no cucurbitacin, the compound that causes bitterness and increases one’s susceptibility to ‘burping’ after eating the fruits.

What Is The Difference Between Green, Yellow And Red Peppers?

The main difference in green, yellow and red bell peppers is the ripeness.

The riper the pepper, the brighter the color.

Yellow and red peppers have just been left to ripen longer.

Green peppers tend to be a little bitter, and they sweeten as they ripen.

Why Are Tomatoes Good For You?

Tomatoes are good for you for many reasons.

Tomatoes are a great source of vitamin C, potassium, folate, and vitamin K.

They are also a major source of the antioxidant lycopene, which has been linked to many health benefits, including reduced risk of heart disease and cancer.

Southwestern Trifle and Tour of Utah 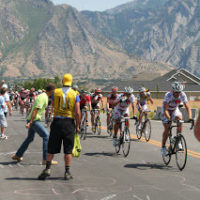