Some people will argue white chocolate is not actually chocolate.

During the chocolate making process, cocoa butter becomes a by-product of the cocoa bean.

To create white chocolate, the cocoa butter is combined with milk, sugar, and other flavoring ingredients, but none of the cocoa bean is included.

Some would consider white chocolate not chocolate because none of the cocoa solid is part of the end product.

However, if you were to smell cocoa beans and raw cocoa butter, it is the cocoa butter that would have the distinct chocolate smell.

The cocoa bean doesn’t smell sweet at all.  And cocoa butter did come from the cocoa bean. 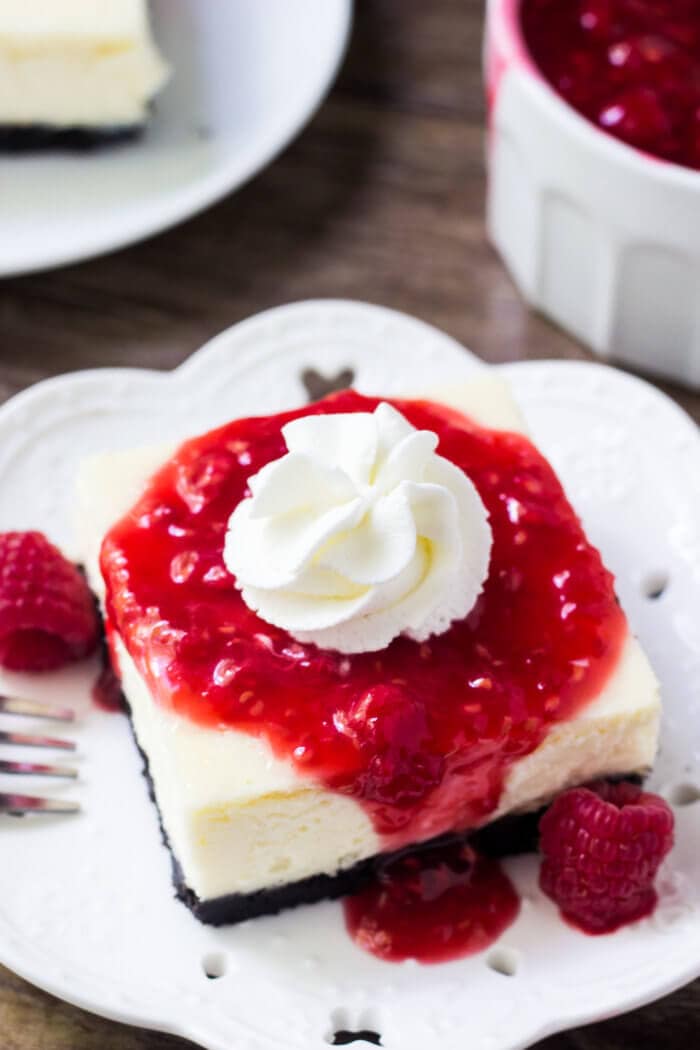 They have the most delicious white chocolate flavor that’s not too sweet. Then the texture is creamy, smooth and everything that a cheesecake should be.

Why Does Cheesecake Sink in the Middle?

A perfectly baked cheesecake is silky on the inside and sports a flawlessly smooth finish on top.

Even if you have a small crack or two, you can easily cover it with ganache or a whipped topping, but when a cheesecake sinks in the center, it means something went wrong during the process.

Cheesecakes are airy and smooth, but they don’t need to be whipped to reach that point. Over-whipping your cheesecake batter can add excess air and as the cheesecake bakes that air inflates the cake and quickly deflates once it cools.

As with any custard, including cheesecake, it is all about the eggs.

Cheesecakes rely on eggs to lift them up as they bake and give you a rich, thick and creamy final product.

Use a medium speed when you add the eggs and add them one at a time — beating at a slow speed and frequently scraping down the sides of the bowl.

Avoid beating too much air into your eggs, 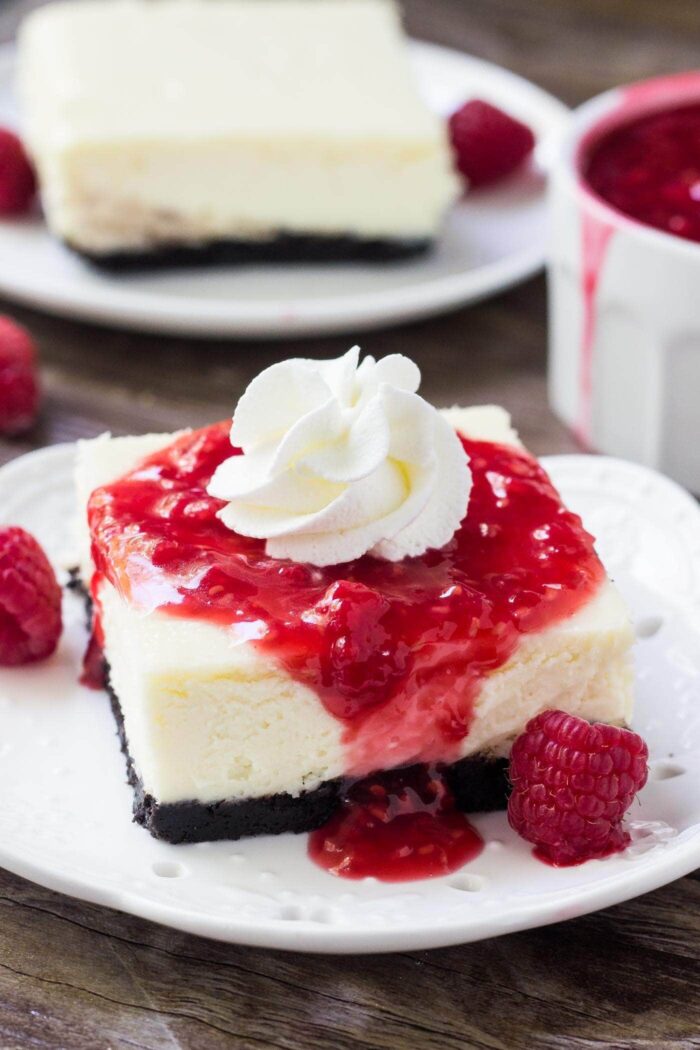 As teenagers, we’d always ask her to make it for our birthdays. So finally, I decided to make it myself. And since then I’ve always loved experimenting with new cheesecake recipes.

Today’s recipe is really straight forward and easy to make. First we make the Oreo crust by stirring together Oreo cookie crumbs and melted butter. Then it’s pressed into the bottom of the pan and bake for 8-10 minutes. This helps to keep the base crunchy.

Then we make the white chocolate cheesecake filling. First beat together the cream cheese and sugar. Then the sour cream, melted white chocolate and a little cornstarch are mixed in. Finally, we beat in the eggs one at a time and then the cheesecake is ready to bake.

Can White Chocolate Cheesecake Bars be Left Out?

Sorry, we don’t recommend you serve white chocolate cheesecake bars that have been left out on the counter for a long period of time. Foods made with eggs and milk such as pumpkin pie, custard pie, and cheesecake, must first be safely baked to a safe minimum internal temperature of 160 degrees F. Then, they must be refrigerated after baking.

How to Make Raspberry Sauce

I like to top these white chocolate cheesecake bars with raspberry sauce. Not only does it taste delicious with the creamy cheesecake, but it also gives a pretty pop of color that’s perfect for Christmas or Valentine’s day.

In a medium sauce pan we first boil together raspberries (fresh or frozen), water and sugar. Then mix a little cornstarch with cold water, then stir into the the raspberry mixture. The whole thing bubbles and boils until  it thickens, and then we’re ready to go.

You can make the raspberry sauce a day or two before serving, or make it right before you cut the cheesecake into slices. 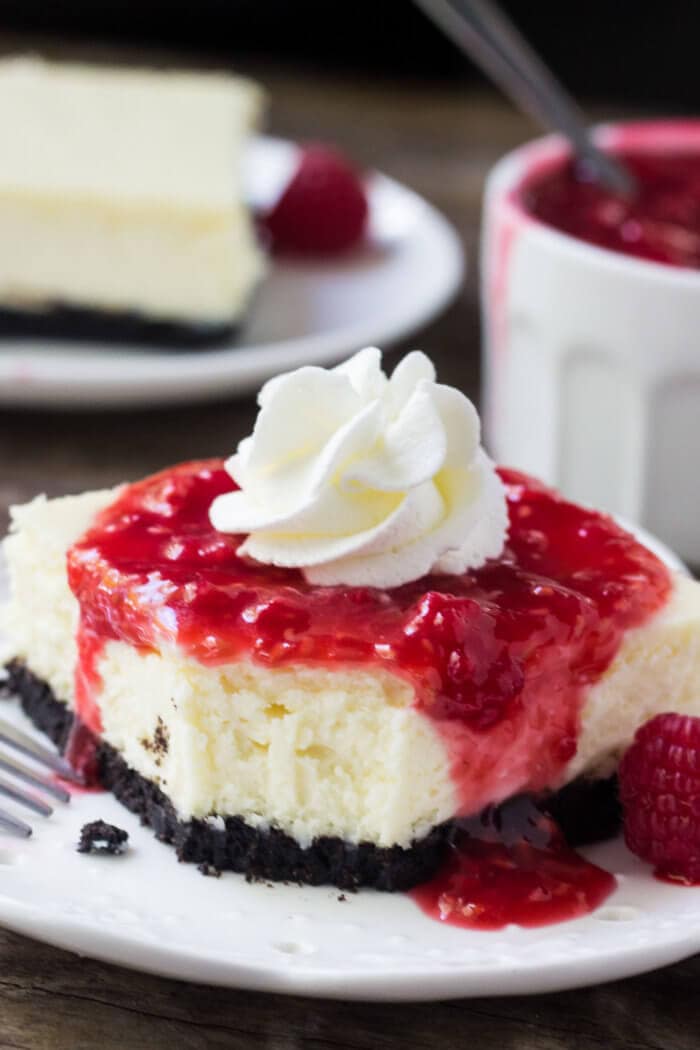 These white chocolate cheesecake bars are creamy, smooth and absolutely delicious. So if you’re looking for a new cheesecake recipe – I definitely recommend trying this one!

Looking for more Valentine’s recipes to share with the ones you love? 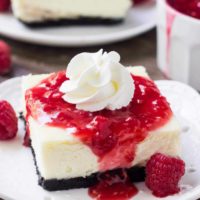 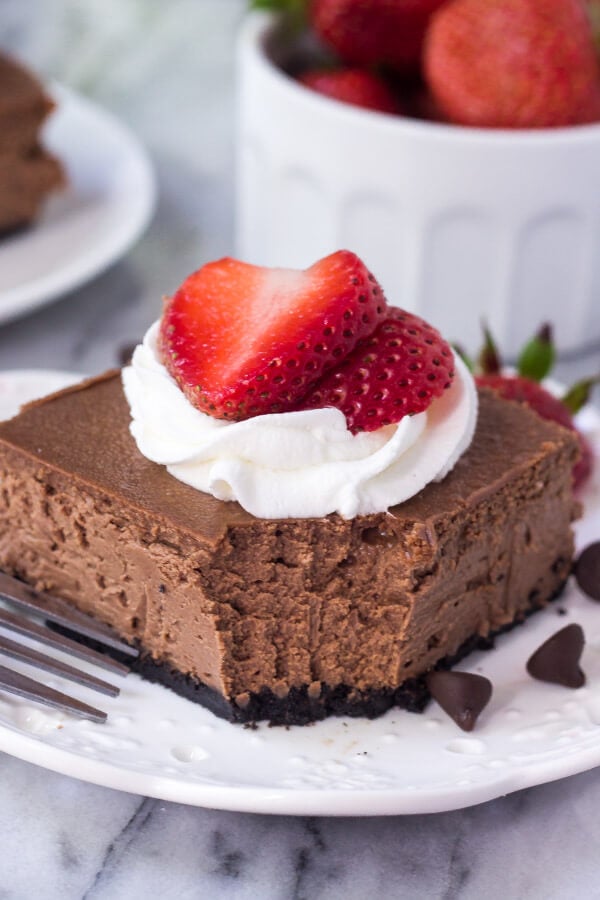 The secret to this creamy New York Cheesecake is using Greek yogurt. Topped with a delicious brown sugar berry sauce. 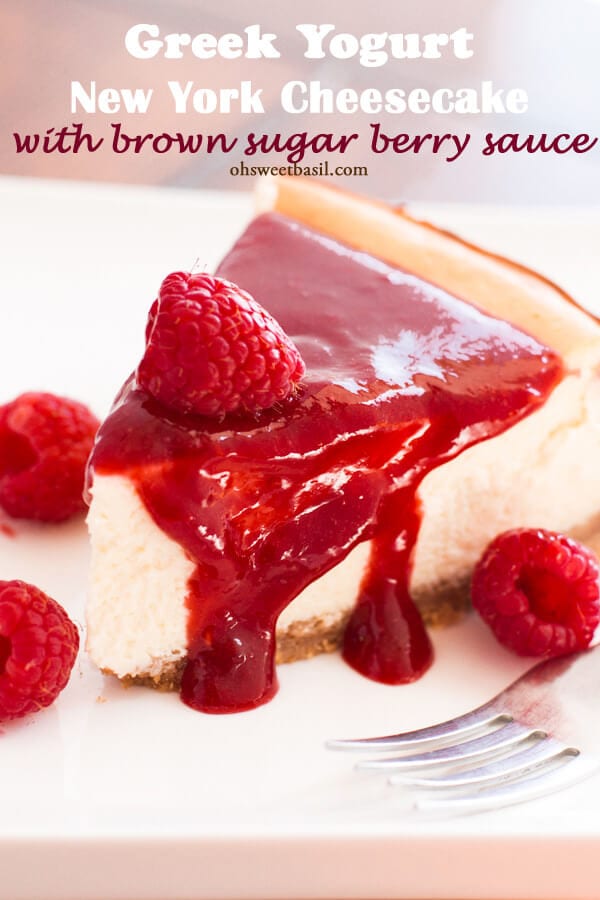