A breakfast mashup you’ve never had before. Cinnamon berry crisp yogurt parfait is a new creation that combines two of our favorite breakfast foods. 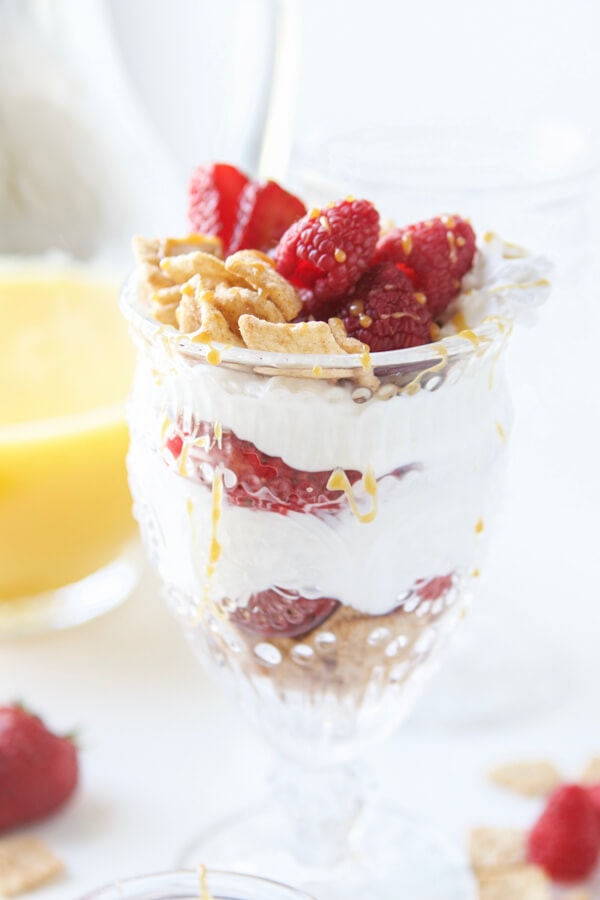 We have a new tradition at our house and I’m pretty sure parents everywhere will be on board because a little extra morning dozing is bound to happen which is always a good thing for tired Mom or Dad. 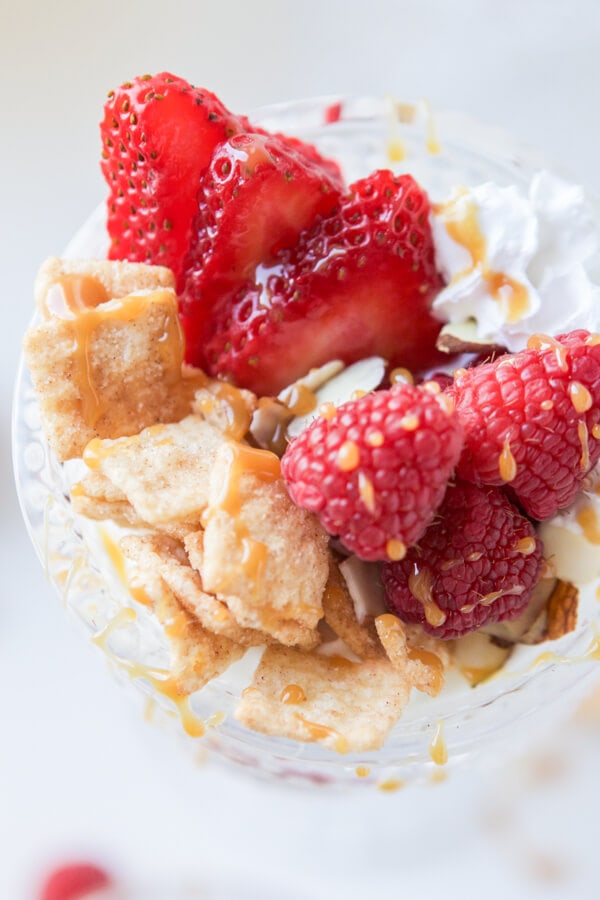 We have joined forces with Mom’s Best Cereal’s to give you a new idea for your family. Forget movie night with pizza, popcorn and treats, it’s all about movie morning at our house. So go ahead, stay in your jammies, let your bed head lead the way to the kitchen and let’s have the kids totally blown away by how cool you are. 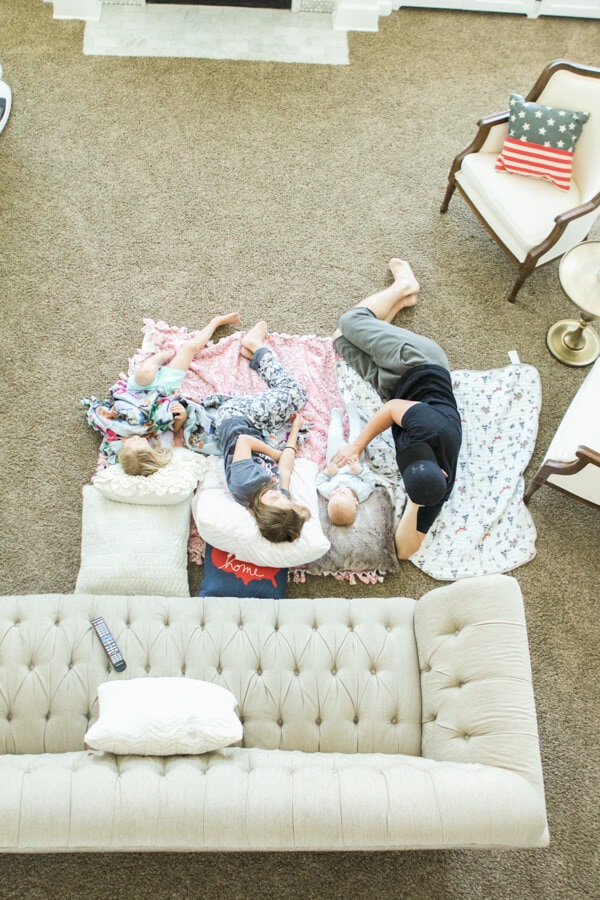 We like to do a movie morning instead of always a movie at night because the truth is, sometimes summer takes over and we are always out and about, gone late and crazy busy so nights at home, snuggled up on the couch don’t happen as much but they are totally missed. 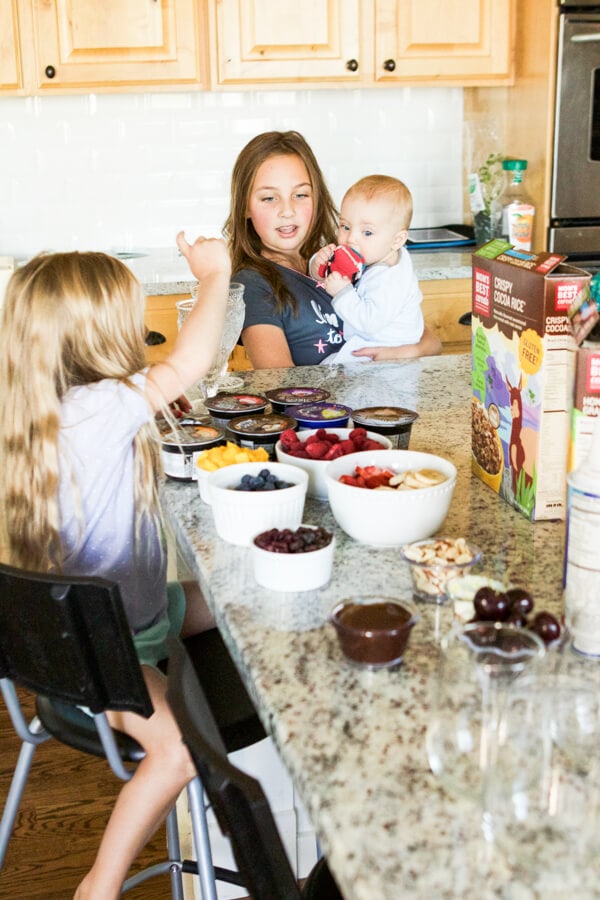 Every family needs a little snuggle time. Yes, being out is fun and builds great memories, but so does staying in. In fact, alone time as a family to be together is essential at our house. Our kids know what real love feels like and how to unwind from life. Or at least I hope that’s what we are teaching.

Pillows are thrown down to our living room, favorite blankets pulled out, the kids pick a stuffed animal and get a movie going all while Mom and Dad take over the kitchen. You can do this part a few ways:

Cereal Bar– We LOVE cereal at our house and lately we’ve been loving Mom’s Best Cereals because I can read the labels-no hydrogenated oils, no artificial ingredients or sweeteners, it’s actually a natural cereal as it should be. So put out a few of your favorites, maybe some orange slices for the sides and milk of course! Let the kids fill a bowl or build their own mashup of flavors! 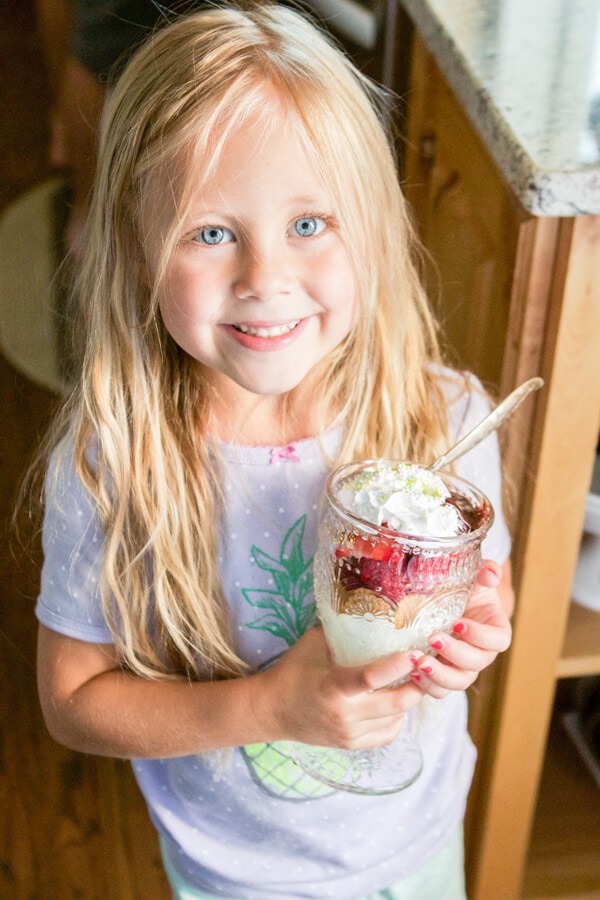 Cereal French Toast- We will have to share a recipe for this one in the future, but for now just snag a big, fat loaf of Texas toast, Challah or Cinnamon Swirl bread from the store and a few Mom’s Best Cereals like, Cinnamon Squares or Safari Cocoa Crunch and crush it all up. After dipping your bread in the egg mixture just dip it in the cereal for a delicious, crunchy coating. Trust us, it’s so good! Serve with hot syrup or even a little whipped cream (or whooped cream as our daughter used to say and we totally didn’t correct her because it was darling).

Fruit and Yogurt Parfaits- This was our choice last weekend because there are fresh berries everywhere so we just had to do something that used seasonal fruit. Buy a variety of Mom’s Best Cereals, yogurts, nuts and fruit and let the kids pile up their own creations in fancy sundae dishes. The kids always get a little crazy with flavors but it’s fun to let them.

Which Yogurt Has the Most Protein? 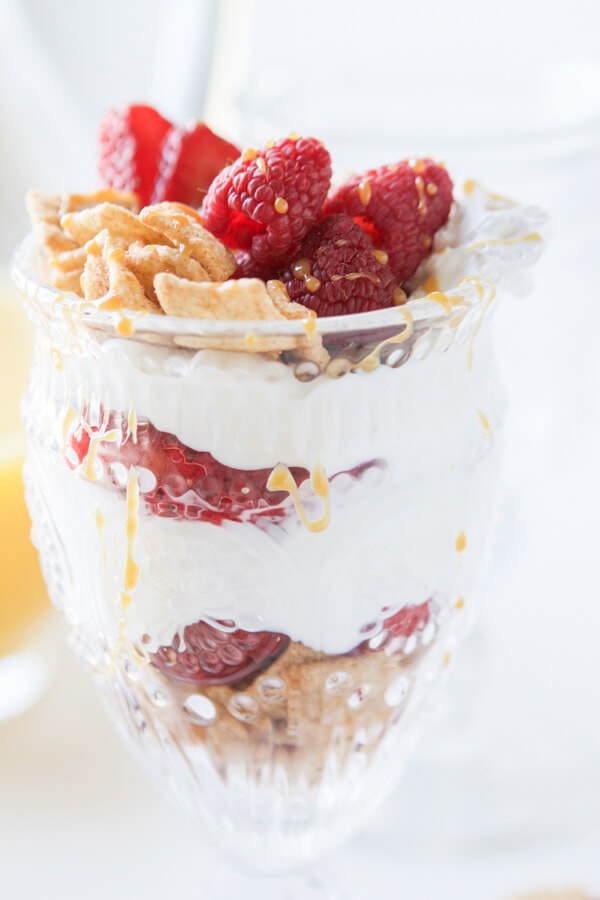 Is Yogurt a Good Source of Calcium?

Cup for cup, yogurt can contain more calcium than milk, depending on the variety you eat.

A cup of plain, low-fat yogurt gives you about 400 milligrams of calcium, which is at least a third of your daily needs. Yogurt is also a good source of protein and B vitamins—especially vitamin B12.

We are sharing our twist on a berry crisp and chocolate caramel crunch! We used a high quality Greek yogurt because it’s healthier and holds up better to the cereal. 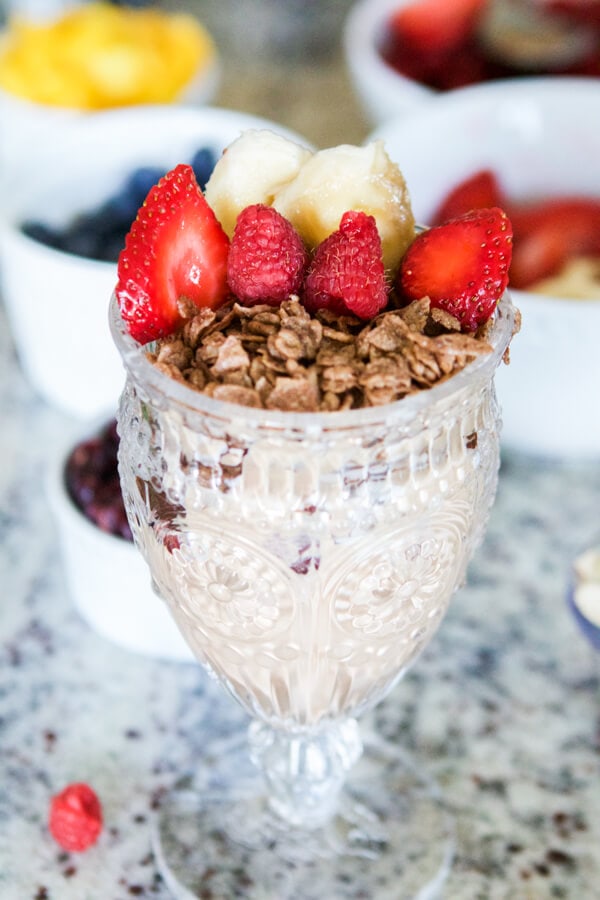 I went with vanilla for mine while Cade chose a caramel yogurt for his. The Cinnamon Squares reminded me of the berry crisps I grew up on in the Pacific Northwest and Cade chose Crispy Cocoa Rice because the man cannot ever resist it. Now layer in your add-ins like fruits, nuts, cereals and even a little drizzle of fruit preserves or caramel if you’d like. That’s it! 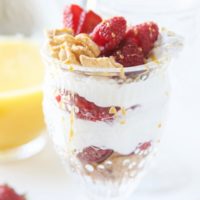 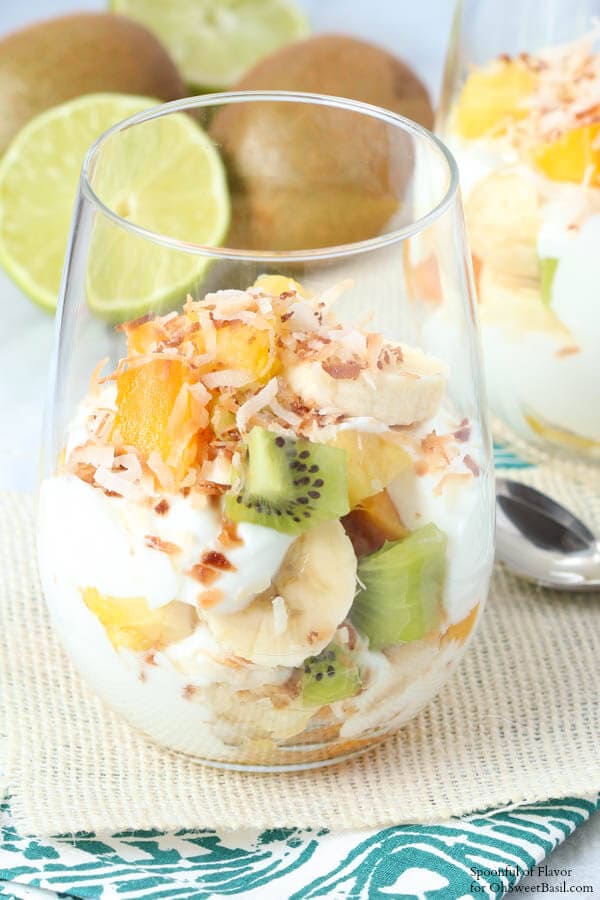 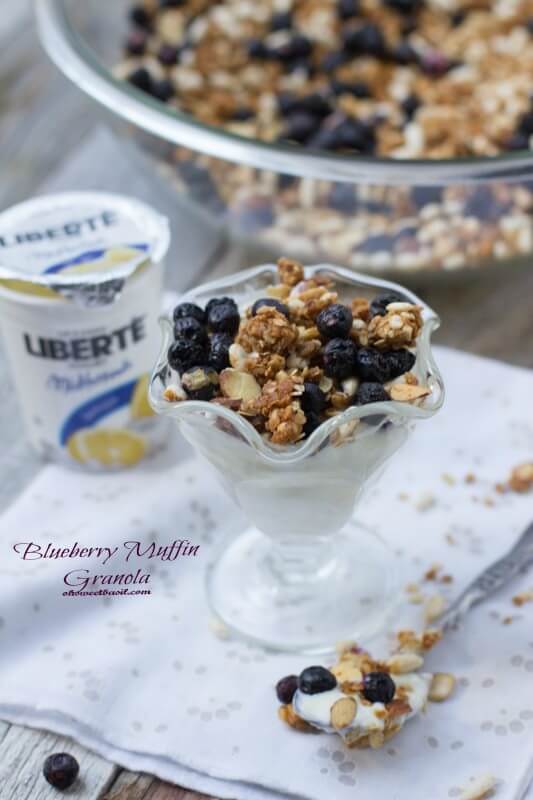