It had rained through the night and as always happens there were little worms stuck to the sidewalk as we walked to school and I knew, oh how I knew what was coming!! I began picking up my pace and like a rider with his horse I started urging and calling for him to go faster.

But it was in vain.

Within moments he saw what I’d been trying to keep his attention from. Worms. 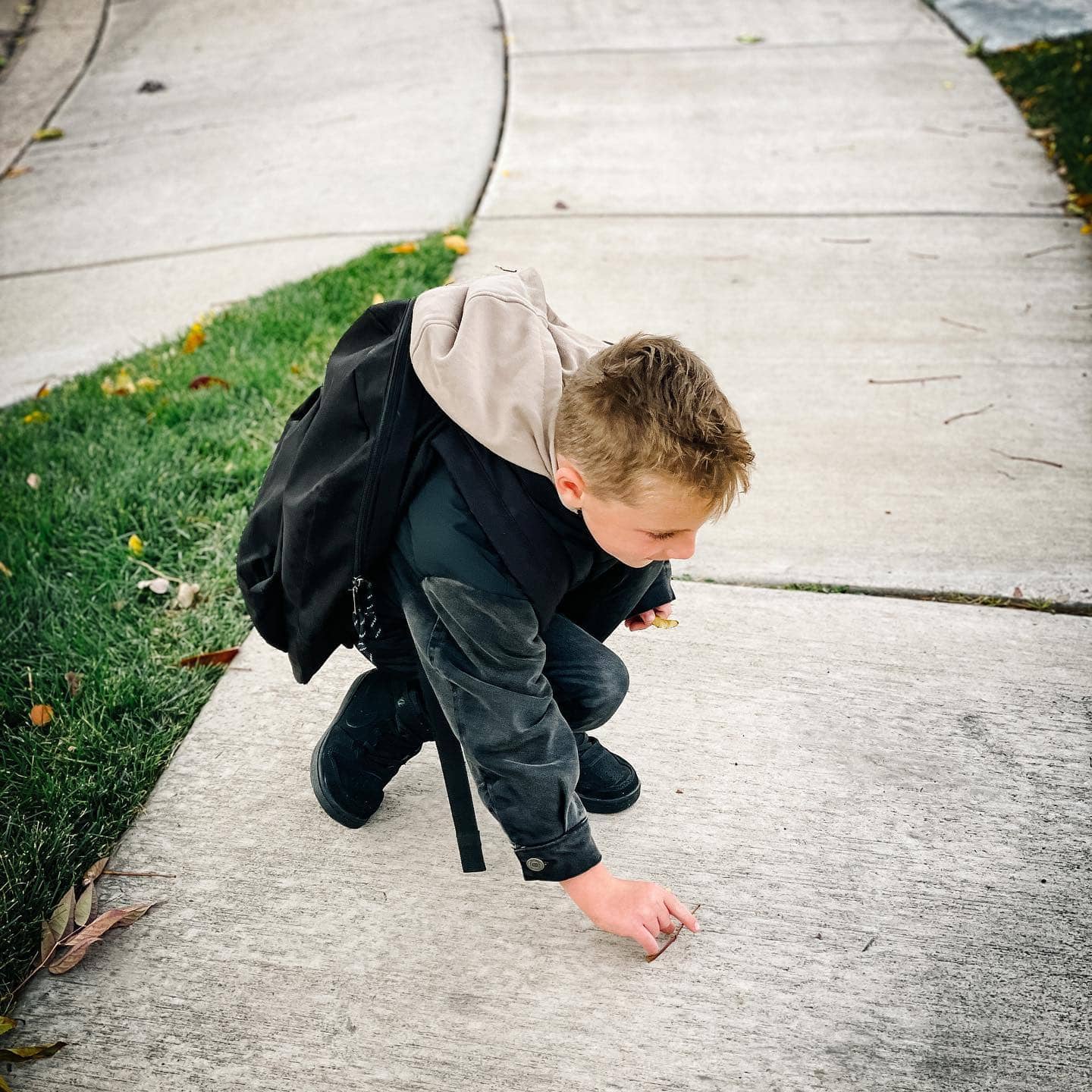 He has a natural curiosity for all creeping things but even more so he has a heart bigger than the world. Instantly he began stopping down to carefully, ever so gently picking them up and carrying them back to the grass.

My impatience and lack of empathy was growing and I found myself saying, “Grayson, let’s go! It’s too late, they’re already dead.”

And then the voice of truth as this gentle giant responded, “mom, it’s never too late! You’re wrong.”

And he was right.

No one is ever too far gone. We each are worth the rescue. I didn’t know drying out worms would teach me about who Jesus Christ really is through the dimpled hand of a child but yesterday was a moment for me.

Nothing will stop Him from reaching out and gently rescuing Us.

But He never is.