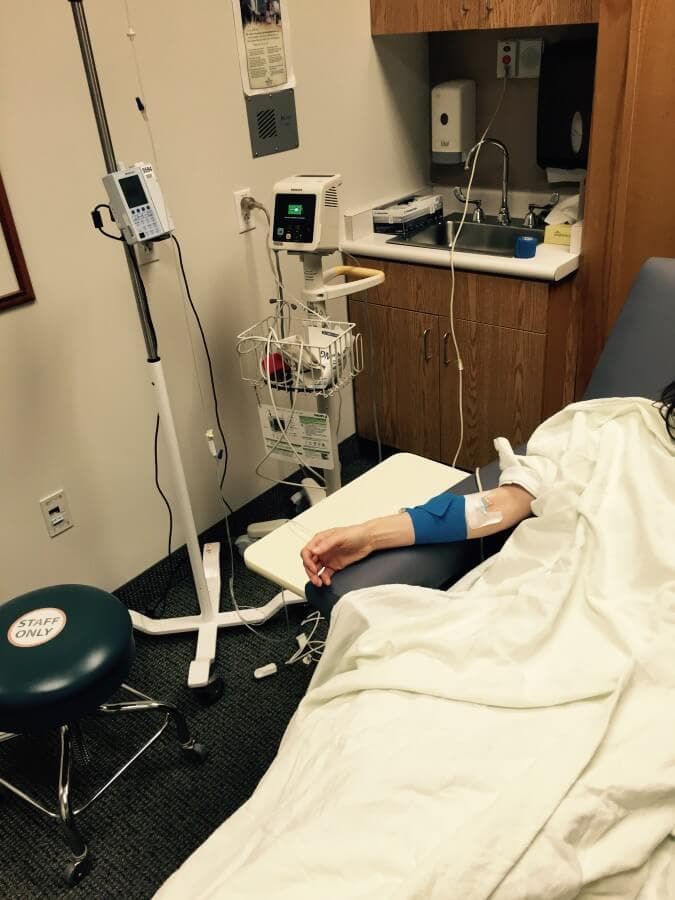 As many of you have noticed on my instagram account I often use #fatpants for the indulgent recipes and it’s become one of your favorites as well. What you don’t know is that while it started out as a funny hash it ended up turning into something a bit more serious. The truth about fat pants is that I was actively working to pack on 15-20 pounds for a very important reason.

Over a year ago we met with our favorite Doctor, Dr Haskett to discuss the possibility of having another baby. You can update yourself on THIS post and why we were concerned. We were told the best thing to do would be gain 15-20 pounds and get on prenatal vitamins so my body could store up. Months later I was trying hard to pack on the pounds and seriously, it was harder than you would think. I lose so much weight while pregnant that we needed a buffer but because my body is put through so much I also needed to be as strong and healthy as I could. Kind of hard to do both, but it was a simple sacrifice.

And now here’s the truth, I’m currently 9 weeks pregnant and things have been rough, but every day has an amazing blessing. We can’t believe we get to expand our family. It is truly amazing. But I’m going to be real with you, it’s hard. I’ve got something called Hyperemesis Gravidarum (more on that later), but it’s basically extreme nausea and vomiting. I’m hooked up to IV’s at the hospital about 3 times a week to try to fight back against the vomiting and dehydration. I struggle to keep anything, even a simple ice chip down. It’s frustrating and hard to have nothing in me and be so dehydrated, but we know that we can endure this, we’ve done it twice before. We just need to stay positive.

What’s This Mean For The Blog?

What’s this mean for the blog? Well, we prepared before this happened so I’ve got posts scheduled out and guest posts coming in. I hope you’ll stick with us and I’ll try to share our journey as much as I’m able, but it’s proven quite difficult to have any energy or ability to work, but I’m going to try to stay in touch the best I can.

We are so excited and knew that with such fantastic and supportive readers we just had to take this journey with all of you. So here’s to trying to stay out of the hospital as much as we can and survive this. Hooray for a baby!