All I saw was the edge of a black helmet go off the side of the cliff as I came around the bend and I knew INSTANTLY it was my daughter, it was Peyton. 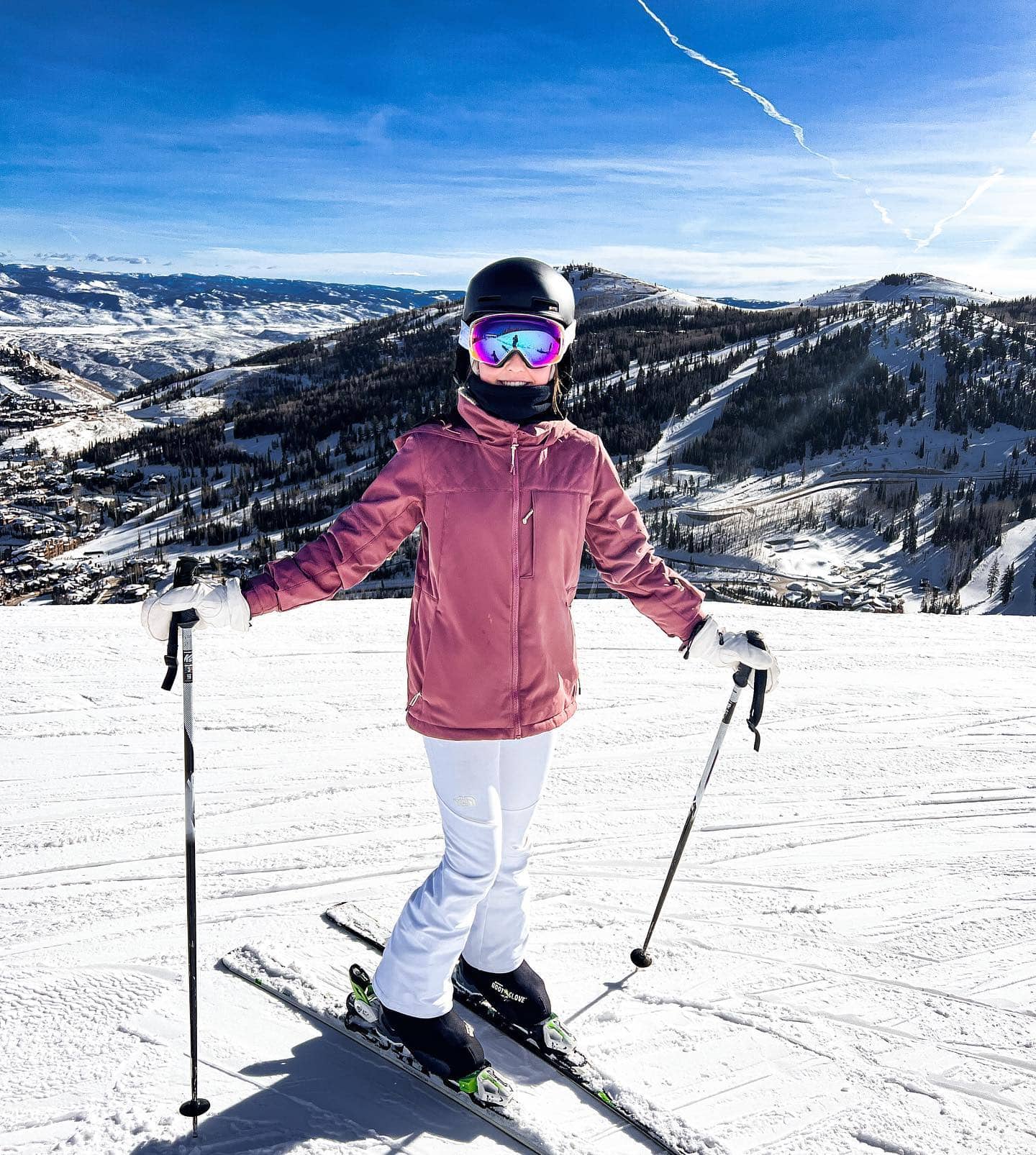 I always thought I had a fear of heights but learning to ski has been interesting. I’ve found myself braver than ever yet I’ve had to face the harsh reality that it’s not a fear, I have an actual phobia.

Frozen doesn’t describe it. It’s not like you can’t move, it’s like the air actually stops and somehow pulses around you, threatening to move you off the edge.

It sounds crazy right. But it’s almost like I can’t trust myself to be safe up on those high peaks. So I do what I need to in order to enjoy my day.

1. I stay in the middle or the side against a mountain so I’m never by the edge.
2. I keep going again and again so I can begin to trust.

But this time It wasn’t about me, it was about her. It was about that helmet that slipped quietly over and not a soul was there but me to notice.

And I could not get there fast enough. 💓 my heart somehow didn’t explode out my chest, almost like a sign for what we were about to experience. 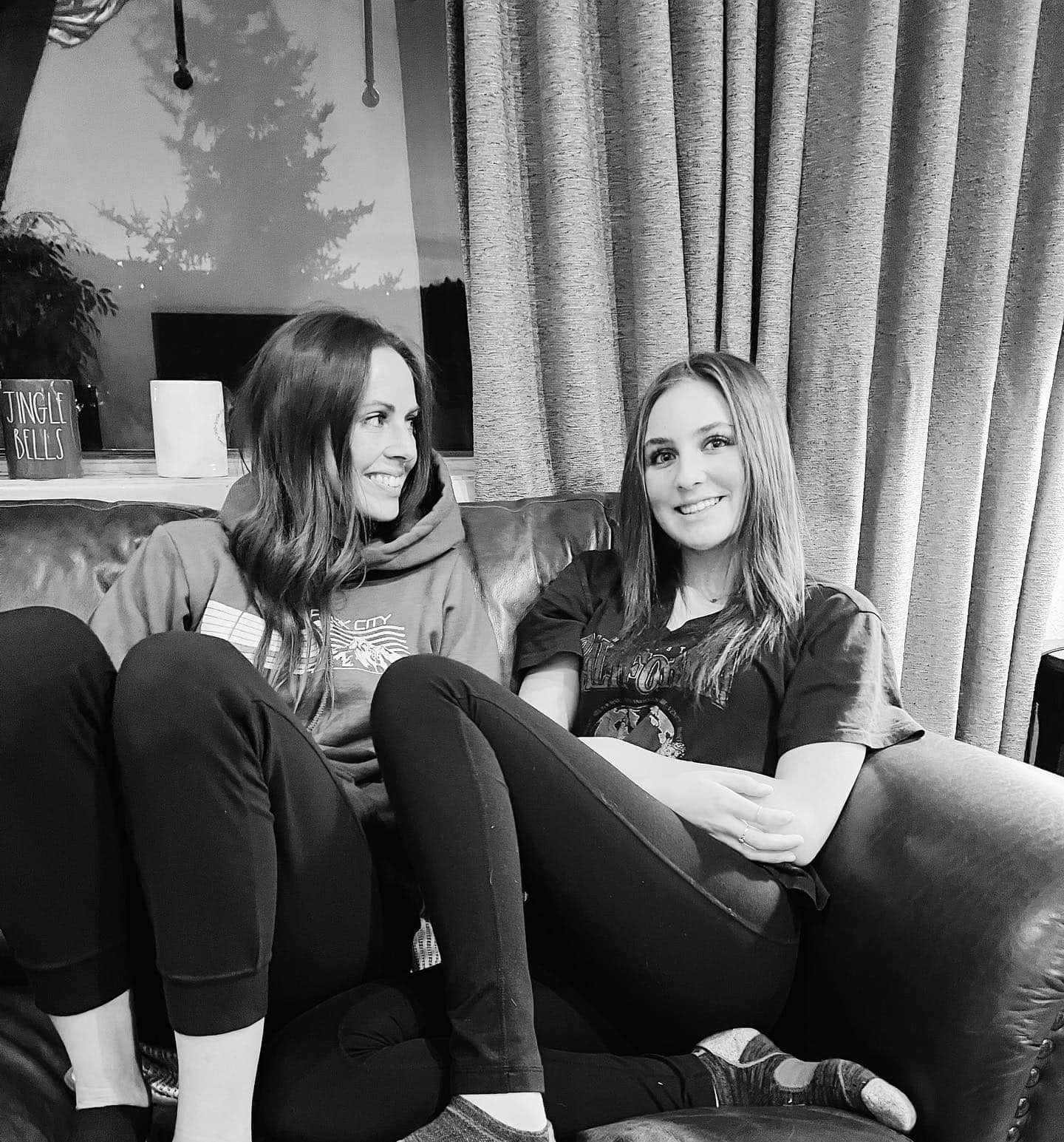 I came just around the bend as the very top of her helmet was seen going down. It could have been anyone, but somehow I knew it was her. And it’s real you know, time and the space between you and them becomes as mud and you cannot get there fast enough. I was pushing down, desperate to be free of my skies and just as I stepped out, sinking to the ground as to slide over on my belly, it hit me like some kind of, gosh this sounds almost crazy, but almost like I actually passed through a force field- a literal yet totally spiritual light force of peace.
Pure peace.
And calm.
And silence.
And she was hanging with her skis and gloves dug into the snow to hold on.

And then she looked up and a slow smile spread across her face. She felt it too.

I hate heights so much. I could feel the nerves but with no one around I slid my chest off the ledge and reached down.

1
2
3
And off went my glove in her grasp and she slid down another 3 inches.

This wasn’t going to work but I told her we would try again.

I scooted a little further over the side and she caught one hand just enough to start pulling me over.

She let go and then there he was.

I heard him before I saw him.
He was tall, athletic, a little scruff on his clearly confident but kind face. He was handsomely in what I would guess would be late forties or early fifties.

Peyton and I hadn’t been talking. We’d both gone silent trying to think.

The mountain had been packed with people but for these few minutes not a soul was there until he skied right around me, kicking off his skis as if I’d called him over to help. Immediately he jumped over the side, slamming his ski boots and gloves into the snowy mountain to hold on.

“I’m going to take off your skis and throw them up then I’ll create a cradle in my hand and push you up over the side.”

My arms and hands shot out and I grabbed her, throwing all my weight into the ground to pull her up & over.

Before we could even think he was there next to Peyton, clipping back into his skis.

It was all happening so fast and there I am, continuously trying to pour out my gratitude but it was the strangest thing, he was leaving. As if he’d been sent specifically to us and now his job was done.

Normally what would you do? One would have been checking on us! “Are you all ok? I’m Jim, are you sure you’re ok?”

But nothing.
A quiet sideways smile, but man, this air of confidence and again, that dang peace was as thick as mud!

Suddenly people started pouring in, skiing themselves right down our trail and we were standing in shock.

When we got to the bottom of the hill I said to Peyton, “hey, that was serious. Truly, I couldn’t get you back up and…”
By now she was interrupting me, quietly whispering it,
“Who was that guy?”

And I knew she’d felt what I did, I saw it in her eyes and felt it pulsing in the air, “Did you feel it?”

“I wasn’t scared at all, it was like I was in this bubble of peace. Like so peaceful, mom.”

The peace. I’m telling you, I’ve never felt the world go silent like that. It was as if fear didn’t even exist.

Why did that happen?
Who was he?
Peyton, your life was preserved that day and I hope you spend the rest of your life finding out why. You have a purpose for being here.