I did not expect to experience what I did on Good Things Utah when we went to talk about our new cookbook, Raised in the Kitchen, but it will be burned into my heart forever.

Peyton was a bit nervous for her first tv appearance, and rightfully so, it is a big deal! We sat in the corner on some chairs waiting for our segment and true to her nature Peyton sat people watching. Taking everyone in, quietly observing. She wondered quietly to me, how will the host, in our case Nicea DeGering treat us and especially her, a teenager. 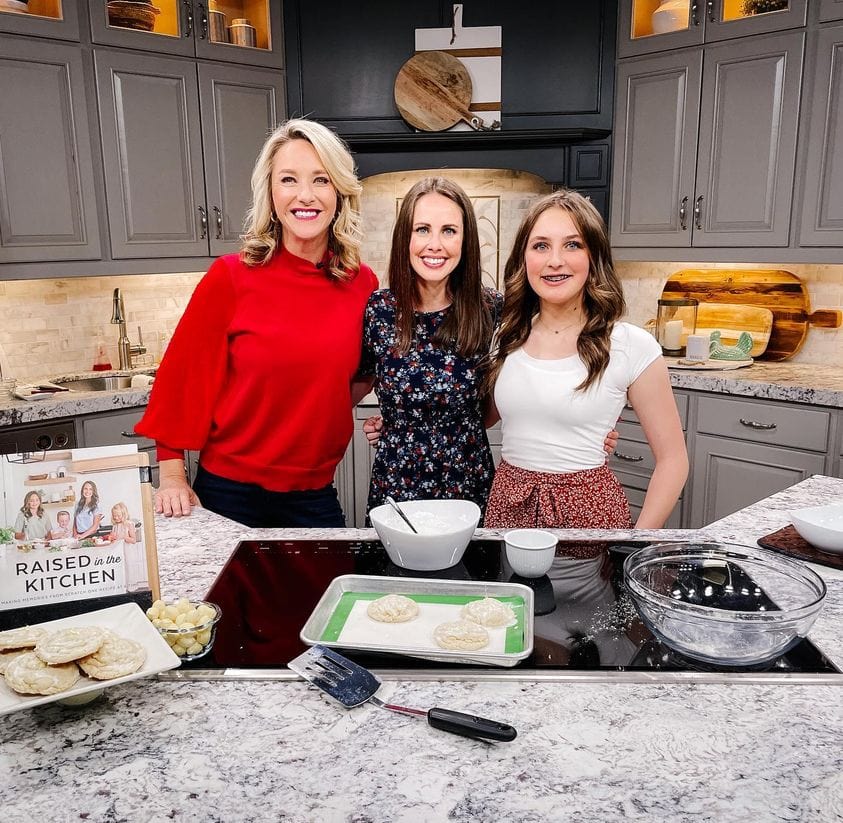 Nicea walked over, sat on her chair and the rest, according to Peyton was a blur. Except one little thing.

Nicea looked directly at Peyton and engaged with her. Talking, laughing, and encouraging.

And Peyton caught on.

We got in the car and Peyton said, “mom, that was actually pretty fun, and did you notice how kind Nicea was to me?”

I guess I hadn’t.

I was in the moment. But as I drove through the rain, the gray clouds hanging lower and lower, my mood did not match the day, I was light and happy!

Peyton was spot on.

One person who could have rolled her to some “snotty” teen and showed her authority as the adult, but instead talked to her like she was just as important as her mom, that she mattered.

And as we drove I thought on each of my friends, not just the casual but the ones I love like sisters and I realized that they literally could not be more different than one another. Most of them don’t even know the others, but they all have one thing in common, they never speak down to my children, or about their own.

I’ve totally rattled off, “oh kids are the worst!” when a friend has complained of something, but not anymore.

Maybe it’s not teens that are the worse, maybe it’s the adults. Can you imagine the disrespect card we would be throwing out if teens constantly called adults “nightmares” and “immature” and so on?

Today I got to glimpse and remember through the eyes of my teen all because of another adult leading the way.

I’ll be better. Teens are actually the best, you just gotta say it.