If you are a cauliflower hater this brown butter cauliflower soup is for you. It’s creamy, silky, and takes no milk or cream plus it tastes like potato!

What are the Health Benefits of Cauliflower? 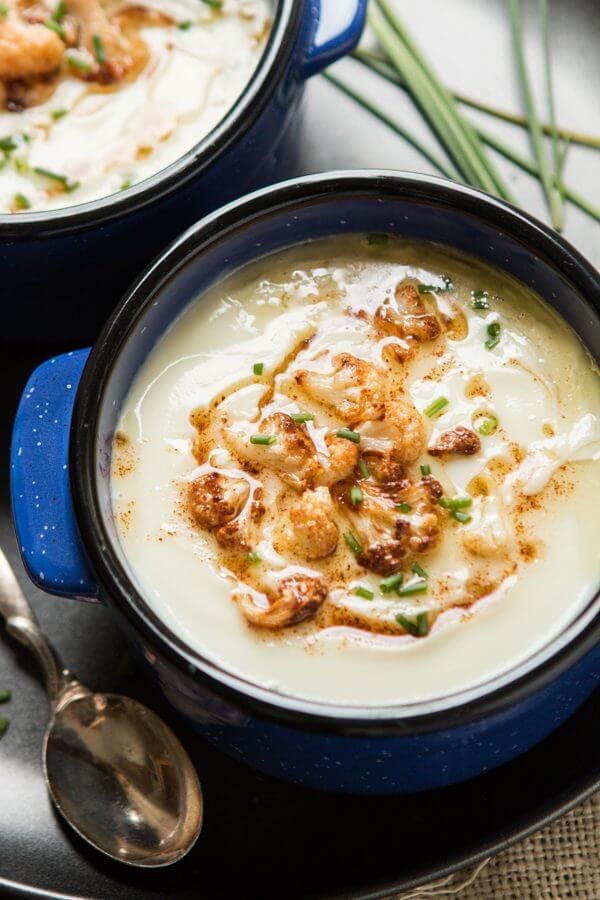 Cade and I don’t really eat cauliflower. We have nothing against it, we just don’t really buy it and eat it. I know that cauliflower rice and mashed potatoes and even cauliflower macaroni and cheese is crazy popular but when I saw this brown butter cauliflower soup on America’s Test kitchen I was completely intrigued.

Some people binge watch shows on Netflix like, Gilmore Girls, White Collar, and more but I happen to binge watch America’s Test Kitchen. I have multiple of their cookbooks and I adore their website and subscription. America’s Test Kitchen, if you don’t already know, puts all of your favorite recipes through a ridiculous amount of testing and they work out all of the weird  issues like meatloaf tasting like rubber, cookies that always turn out flat and even lemon cream sauces that always separate. 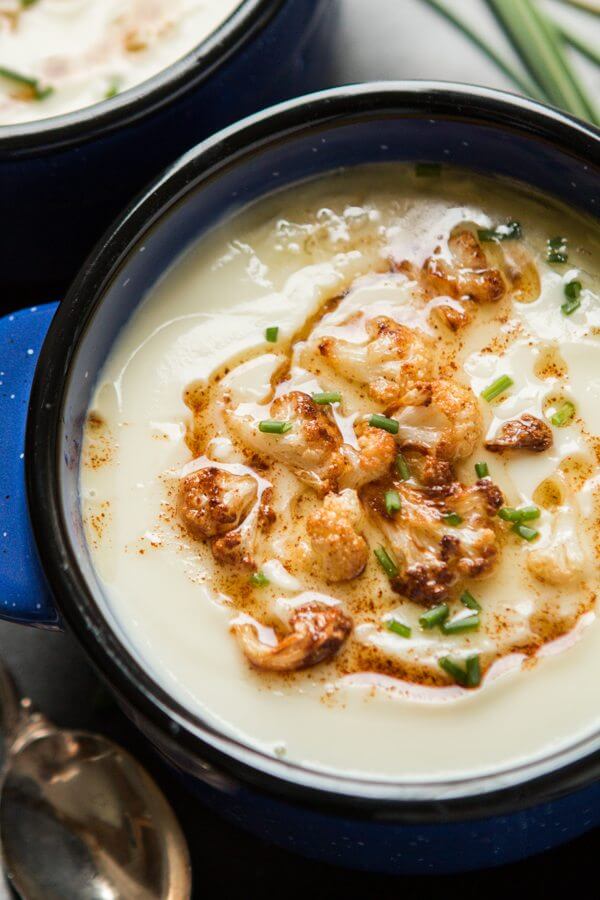 I turn to them ALL. THE. TIME. for cooking help. If I cannot get a simple pasta primavera to turn out as flavorful as I want I bust open the book. So, back to my point, the kids were off at soccer and I was watching America’s Test Kitchen (on PBS and Netflix) and they were making cauliflower soup. I was 5 seconds away from skipping when I saw the random testers step on screen and all guessed that the main ingredient was cream. WRONG!! Wait, what?

I stayed on to listen as the host explained that this recipe was pure cauliflower, no cream, half and half or even milk. Then they browned butter and some cauliflower for the top and I was sold. I had to give the recipe a go. As I was making it I kept thinking, this is going to taste like cauliflower water, I don’t know if I can do it! But here’s the scoop… 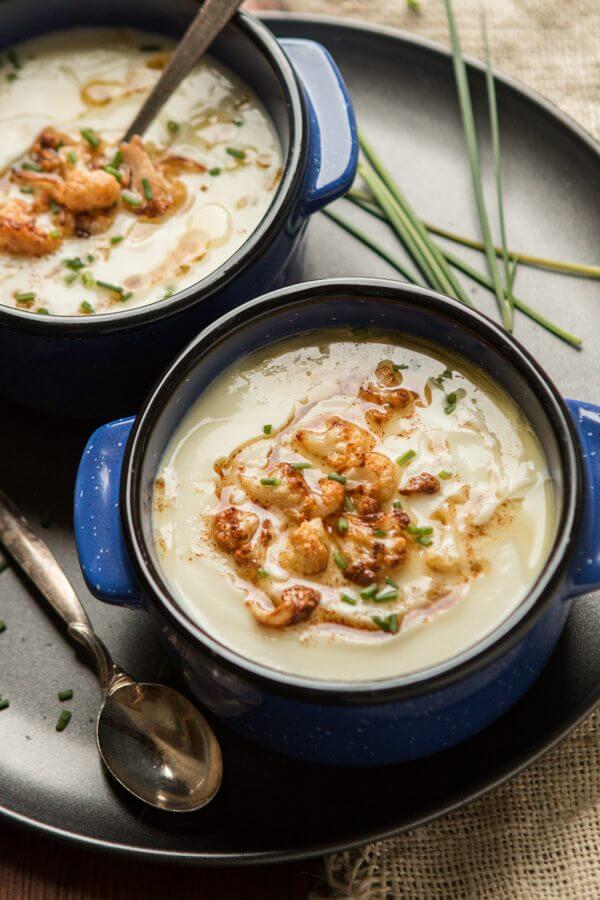 *Cauliflower is cooked three different ways which adds to the depth of flavor and texture. Some of it is overcooked and some slightly under cooked so it leads to a thick and creamy soup, ending with the browned cauliflower that just tastes like a brown butter gift of deliciousness.

*Brown Butter really is the secret as it is also swirled all over the top before serving which really heightens the flavor and complexity of the dish and all you did was let butter brown in a pan.

*The butter used in making the soup with the creaminess of the puree actually ends up tasting almost like potato soup!! Even our little girls were completely sold on this!

How do You Freeze Cauliflower Soup? 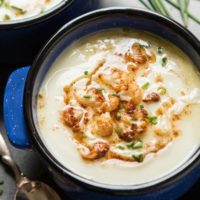 3.61 from 23 votes
Prep Time: 15 minutes
Cook Time: 30 minutes
Total Time: 45 minutes
Servings: 4 servings
Save Recipe Print Recipe
If you are a cauliflower hater this brown butter cauliflower soup is for you. It's creamy, silky, and takes no milk or cream plus it tastes like potato!