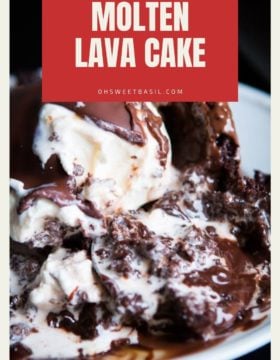 Homemade molten lava cakes are way easier to make than you’d think, and that hot fudge oozing out is such a crowd pleaser! Don’t forget to serve with a scoop of ice cream! 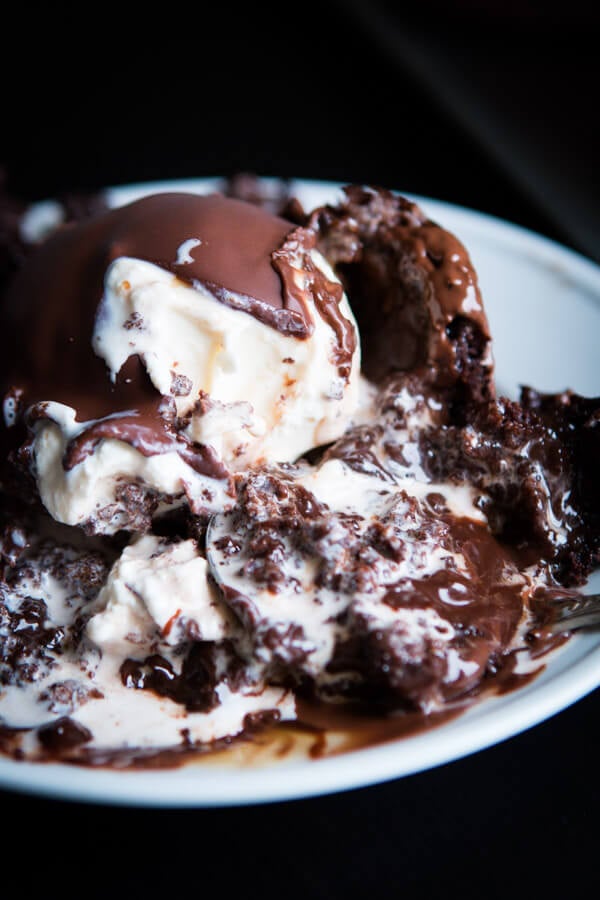 Don’t you dare tell me that you’ve never had a Molten Lava Dessert at Chili’s. Don’t. You. Dare. A few years ago, I was in Hawaii and we were STARVING, and the first and only restaurant that we found was a Chili’s. Random, eh? We had this molten lava cakes for dessert and they were so delicious!

To make the molten lava cakes, you’re just going to use a boxed cake, which we will doctor up using sour cream. It makes a really moist cake that holds up well to the fudge inside.

In order to make a molten lava cake you need to fill it with hot fudge and then freeze it for a bit so that when you warm up the cake the fudge pours out versus being absorbed by the cake. Does that make sense?

Think about poke cakes, you don’t want the fudge absorbed, though that is delicious, instead it’s best to freeze it so that it stays in the center until you want it to come pouring out. 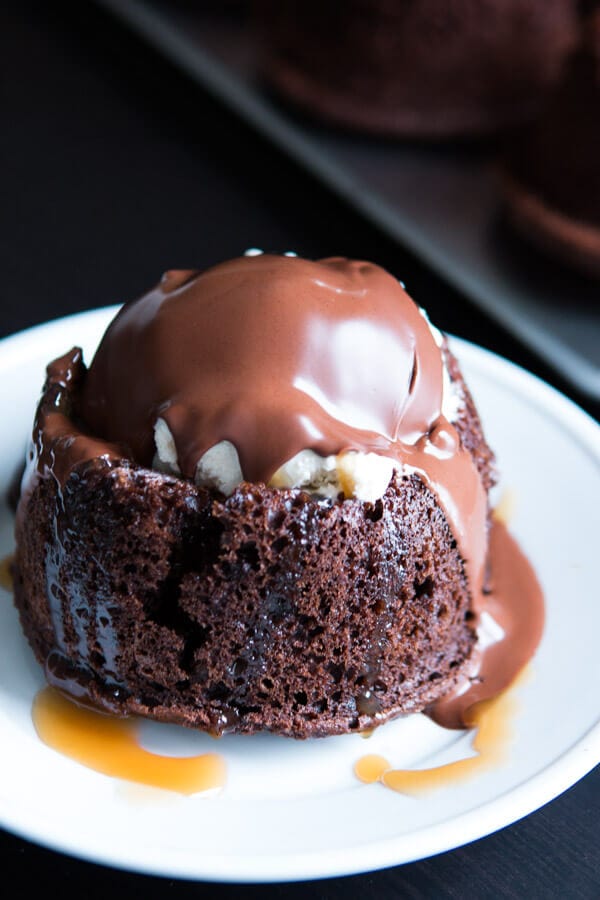 We’ve also included a great hot fudge recipe in the recipe card below, but I wont even blink an eye if you skip it and just buy hot fudge from the ice cream section at the store. Though I do think homemade magic shell is far too easy to not do yourself you could buy that as well.

To make homemade chocolate magic shell you just need chocolate chips, we prefer both milk and semi sweet or straight semi sweet and then coconut oil. Melt, stir and set aside.

If you need to store your magic shell in the fridge as you aren’t serving right away, just melt it down again and let it sit before spooning it over the ice cream. It will start to harden right before your eyes and then all you have to do is dig in to your own chocolate molten lava cake!

The ingredients needed to make the molten chocolate lava cakes are pantry staples, making it far too easy to whip up a batch of these babies at a moment’s notice.

Here’s what we used in this copycat Chili’s molten lava cake recipe: 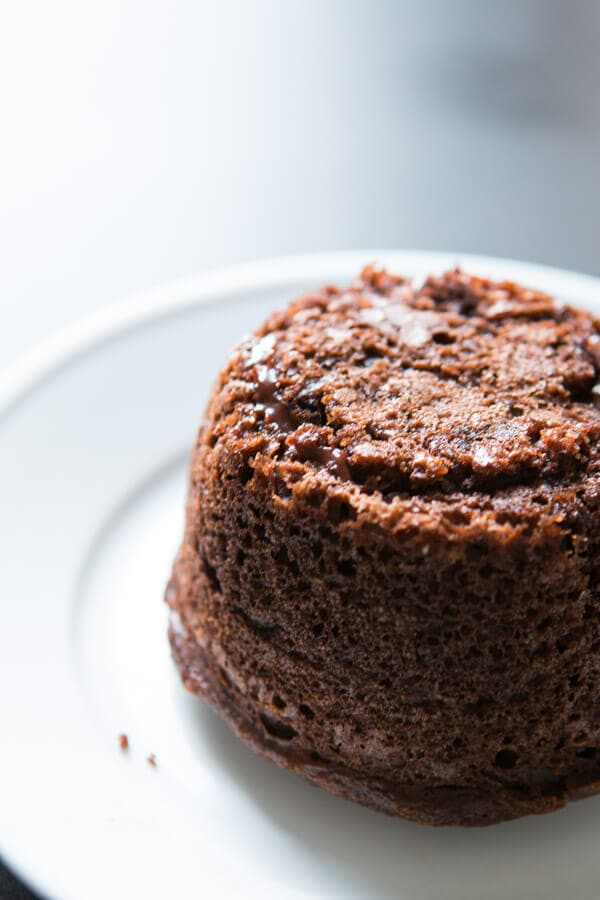 How to Make Lava Cakes

Even after making these chocolate molten lava cakes as many times as I have, I’m still shocked at how simple they are to make at home! Here’s the basic rundown of how to make lava cakes: 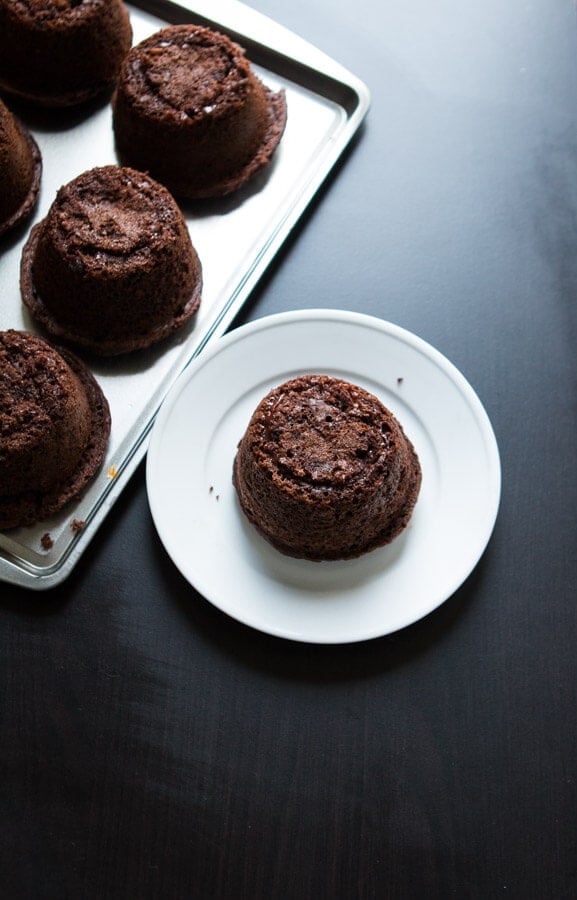 Can I Prep Molten Chocolate Lava Cakes in Advance?

Yes, you can make this molten lava cake recipe ahead and freeze the cakes for up to 2 days. Then reheat them in the microwave like you normally would.

Can I Reheat Molten Lava Cakes in the Oven?

If you don’t have a microwave, you can certainly reheat these molten chocolate lava cakes in the oven. Set you oven to lowest temperature it’ll go, then place the lava cakes on a baking sheet and gently cover with foil so they don’t dry out.

Place the covered chocolate molten lava cakes into the oven and warm for about 10 to 15 minutes, depending on how hot your oven is. 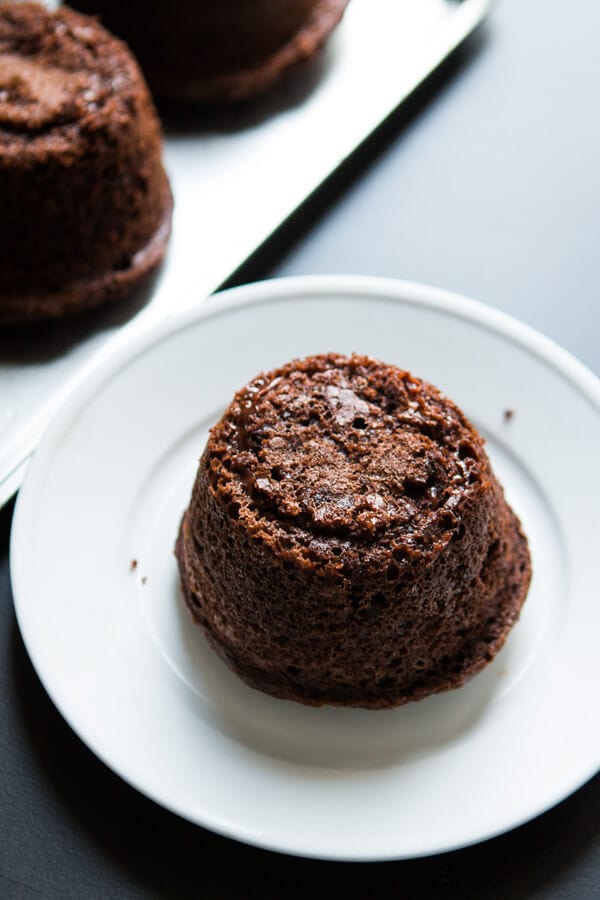 Can I Make Lava Cakes From Homemade Cake?

Yes, if you’d rather not use a boxed cake mix you’re welcome to use your favorite homemade chocolate cake instead.

Can I Use Another Type of Boxed Cake Mix?

You likely can, although we recommend using a chocolate cake mix of some kind. If you use another boxed cake mix and it turns out well for you, please let us know by leaving a comment down below! 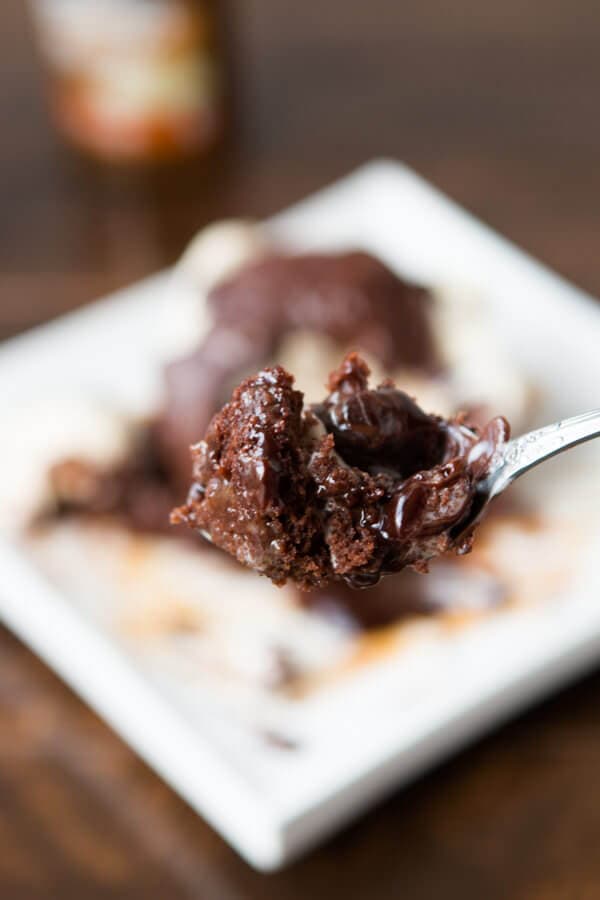 First and foremost, please note that the boxed cake mix in this recipe is added to the lava cake batter as a dry ingredient. You do NOT add the ingredients called for on the side of the box. You use only the dry cake mix itself in this molten lava cake recipe.

Also, I think you could make mini cakes in whatever you want, but mini bunt pans, or Texas-sized Cupcake pans work fantastic. We use this jumbo muffin pan which I got off of Amazon. It was cheaper than at other stores and better quality. Yes, quality matters as you don’t want a pan that will quickly brown the cakes.

When filling the lava cakes with hot fudge, I first tried to slice off a little from the bottom so that the cakes sat flat, but I found that the sauce seeped through some of them. Instead, I just hurried and turned them out onto a wire rack upside down and because they were still hot it just flattened the dome for me.

I also think it would be wise to remind you that when you are making your domes you should be very mindful of how far down your knife reaches. As you are cutting it’s easy to forget and accidentally poke through the bottom of the chocolate cakes. 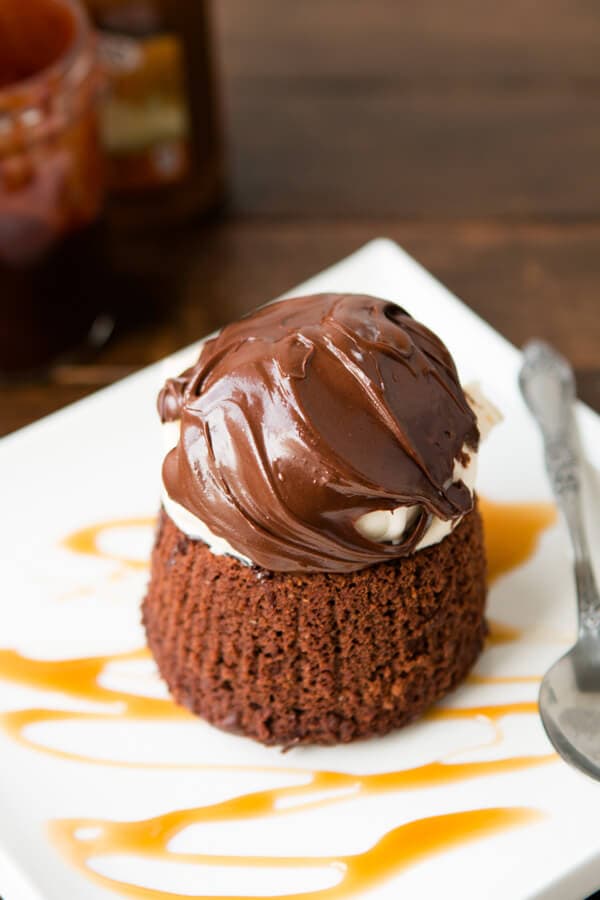 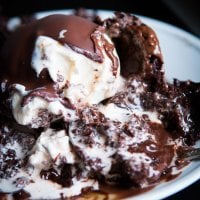 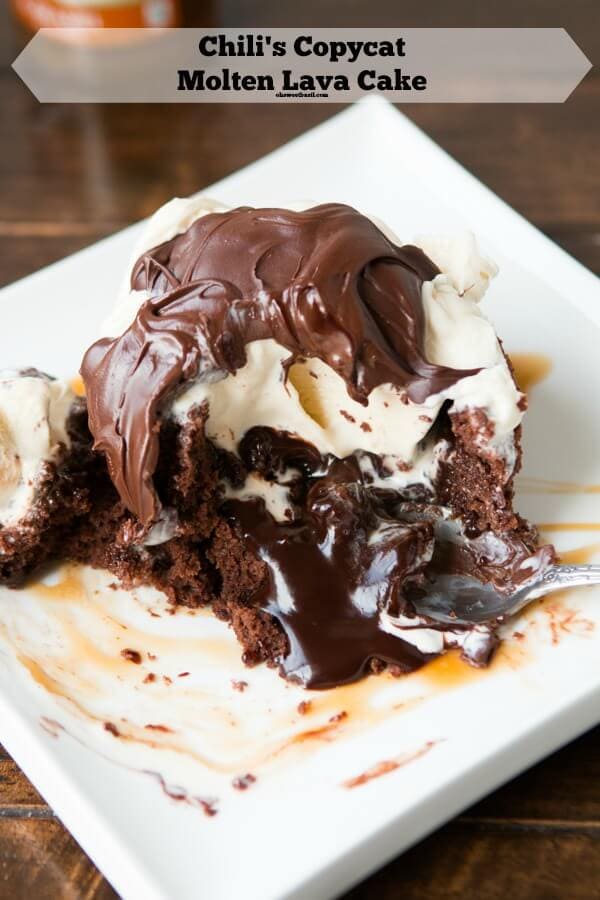