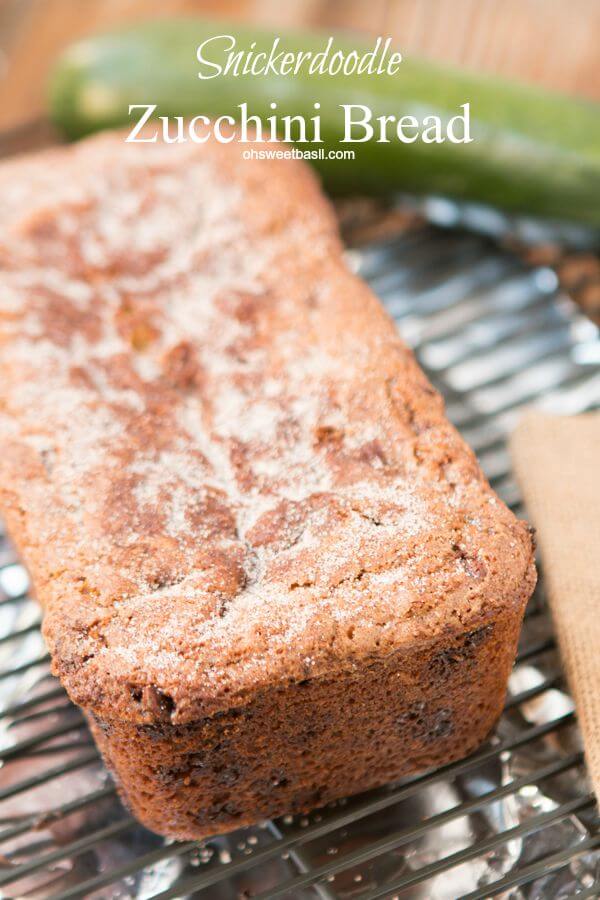 We would like to apologize to the world for not embracing the whole zucchini bread thing until now. We had no idea that zucchini bread didn’t have to be dry and stringy. After making our Chocolate Chip Banana Zucchini Bread (which is probably the best bread ever and you all obviously agree based on your emails) I told Cade I was ready to be brave and try my hand at real zucchini bread. He wasn’t interested, and neither were the girls until I told them it would be snickerdoodle zucchini bread. 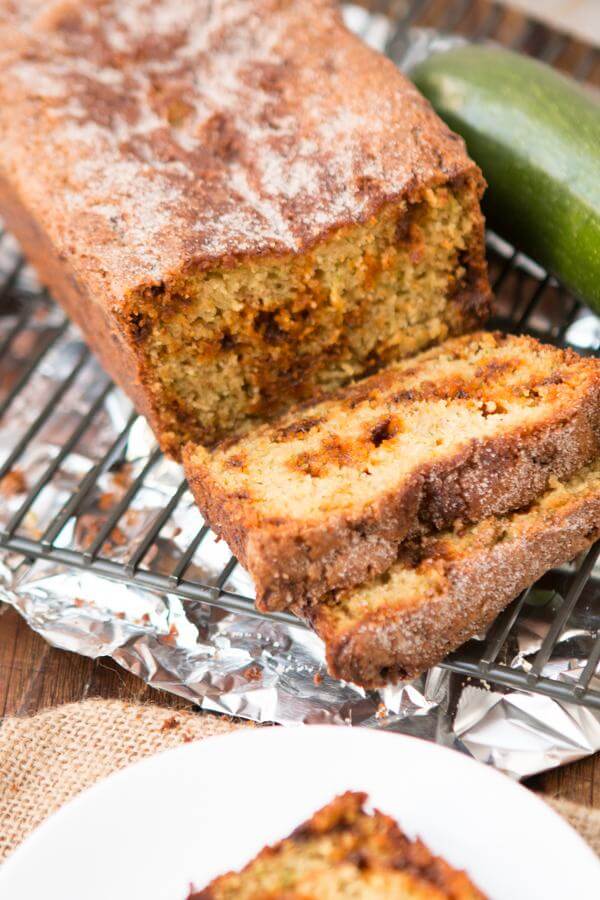 I know, what kind of wife/mom am I to sell my family on a recipe by stuffing it with Hershey’s Cinnamon Chips and covering it with sugar? Well I’m the best kind because everyone loved it! 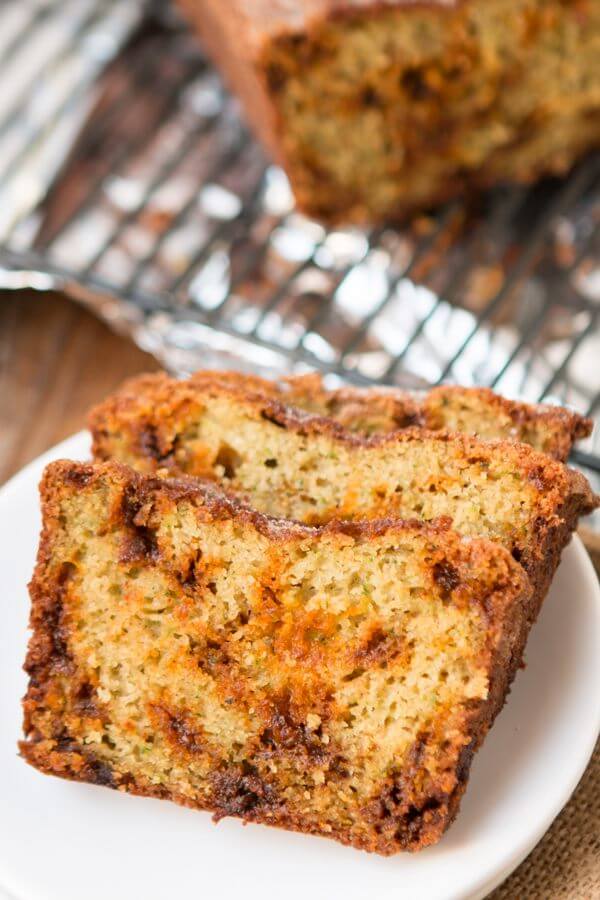 The secret ingredient? We added a little cinnamon applesauce because the girls said to and I am obedient. Actually, it was one of their little Treetop snack packs of applesauce sitting in the fridge and it was the perfect amount. I wanted to love it, the family just wanted to try it while I took forever photographing it and in the end, we can’t believe we “ate the whole thing”. It was just so good!

Is Zucchini Good For You?

Zucchini also contains minerals like zinc and magnesium, which are all valuable in ensuring healthy blood sugar regulation.

Can Zucchini Be Eaten Raw?

The best way to eat zucchini is to eat it raw.

Zucchini is also delicious when added to muffins and cakes, pancakes, soups, tacos, and breads.

Can Zucchini Bread Be Frozen?

After the bread is completely cool, wrap it well in plastic or foil and place in freezer for up to 4 months. 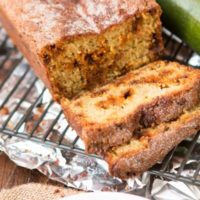