I never expected Motherhood to be hard for me. But sometimes, often even, it is.

I never expected to have days that I not only didn’t enjoy it but just wanted to slink away from it all. But I have.

I also never expected to become more than I ever knew I could be and find more and more joy in it, in them, but I am. 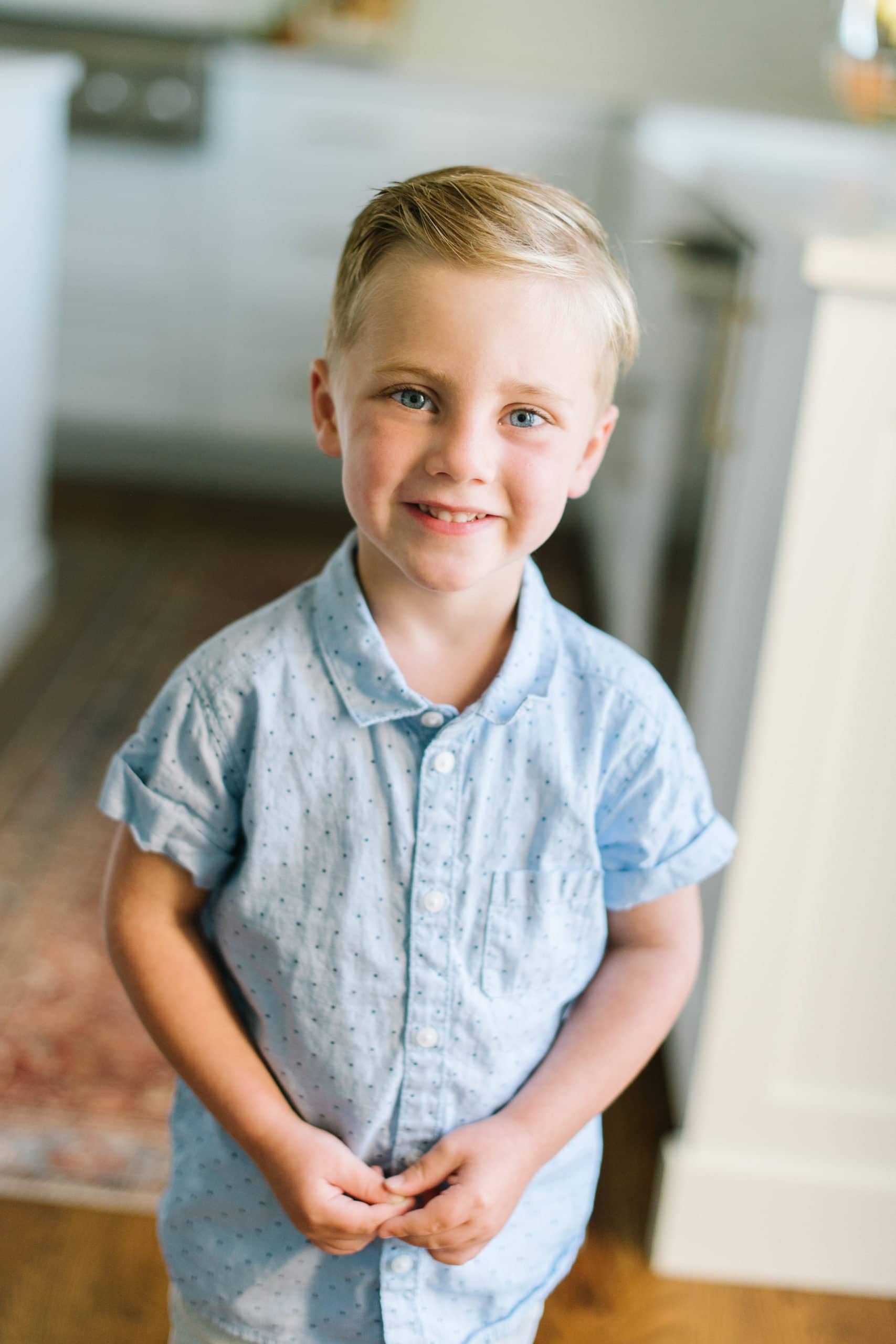 He Gave Her a Shiner

He gave her a black eye. I told him he had shrunk his heart and it would disappear. And then the magic happened…

Sunday- The Hardest Day of the Week

I don’t know why Sundays push our patience. Maybe kids are exhausted from the week and bored. Maybe they are feeling anxious about Monday coming. No matter what the reason, Sundays can often be the opposite of peaceful.

Sunday Grayson got upset at Claire and actually whacked her with a pretend bug catcher net giving her a black eye. I mean he full on marched over to her and whacked her right under her eye leaving a nice little bruise. And you know how that is, a kid goes to school with a black eye and you hope that no one thinks that you did it. 🤦🏻‍♀️

I have zero tolerance for anyone physically harming another, and that goes for my kids too. I understand the little kids often fighter kicker pinch or whatever, but because my kids are spread out a little more we haven’t ever had to deal with any physical fighting. I don’t know why, it’s in me to just really detest it, so  I really want to make sure that we handled this well and nipped it in the bud. Let me try to explain even in the smallest way what happened.

I Waited to Speak and He Had to Wait as Well

Maybe it’s the year, I’ve been focused with a laser-like focus on being more meek, gentle, and a calming force in my home.

Maybe it was a blessing from above for seeking those things.

Most likely it was a teaching opportunity, helping me to feel the goodness of a job well done solidifies far more in a person’s character than later crying in guilt that you handled something wrong.

I felt an instant calm take over all of me, an actual physical calm. I’ll never be able to explain it to you, but it was real. I felt the influence immediately to not only wait to speak to him but to make him wait to talk to me as well.

My heart and head? You’d expect the immediate Mom response, sending to time out or barking out discipline and disappointment, but there was absolutely none. No anxiety or anger, no frustration in my voice, just a request that he sit with the door shut in the office where I was putting something away.

I Didn’t Even Look at Him

I didn’t even look at him, nor did I show any feelings other than quiet peace on my face.

I puttered around a few minutes putting this and that in office drawers and cupboards and all while he bawled and flailed around angry on the floor-something that normally would make my nerves spark up more and more, but not today. I was perfectly in control.

I turned towards him, sat down and waited.

There he was, cluing in that something was changing and Mom was going to give him attention. I sat very still, my eyes looking down a little, not making any eye contact, letting him observe my countenance and that I was on his level and then I said, “my lap is available if you want to sit in it.” 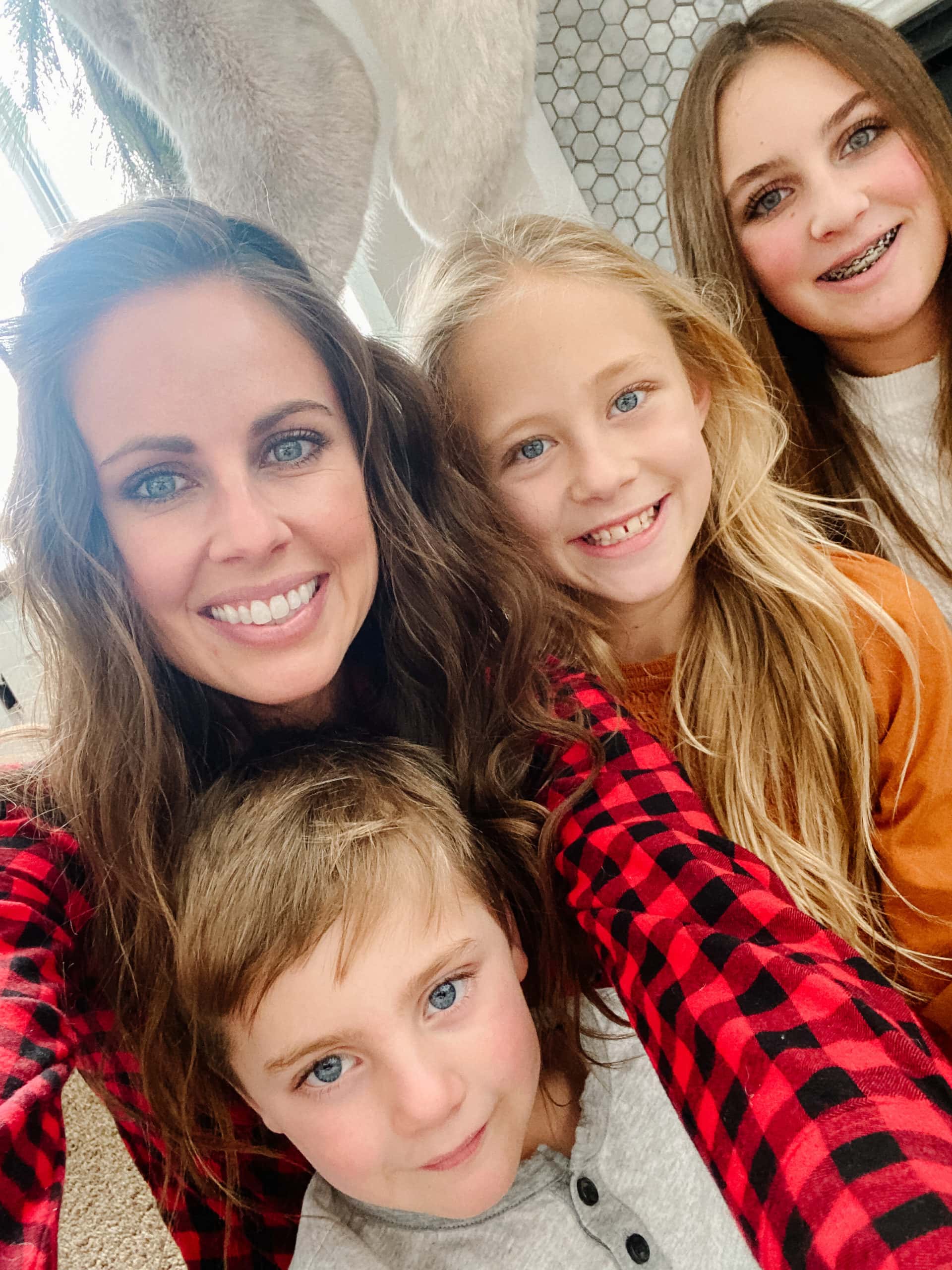 A Mother’s Lap is Safe

He nodded and climbed up rather quickly, my arms slowly and gently wrapping around him.

And he cried and was angry still.

And we sat some more, my breath slowing his with each rise and fall of my chest holding his heavy, shaggy-haired head.

What the Grinch Taught Us Both

I don’t have a clue why but I do know where this came from as it certainly was inspiration straight to my heart. The thought instantly filled my mind to talk about hearts just like in his favorite movie, the Grinch.

Each word not only flowed easily but he responded so quickly, instantly falling into my story and moment.

I asked what the heart is like when someone is mad and he said, “it’s little.”

“Yes, I believe you’re exactly right, that’s so smart”, I replied. “And what if someone is mean?” and he said, “it shrinks!”

How interesting that his little mind already was picturing this and it was connecting dots for him.

“Well what if they hurt someone?” I asked.

He wasn’t sure on this one, so I resumed, “Grayson eventually it disappears.”

His eyes said it all, he was crushed.

I told him that no matter what he can always grow it again and he asked, “Well, what do you have to do?”

We talked about apologizing and hugging and he then I could feel it, something wasn’t sitting right in him. He was fidgeting a bit now and I stopped to listen and let him take his time to ask,  “if they don’t do that will they die? Why won’t they die right away if it disappears?”  I explained that eventually those who are always angry and hurt others do die from no heart.

Tears of Love and Gentleness Took Over

The tears had changed by now, small, crystal clear tears slowly running over one cheek and then the other.  I touched his chest and said, “Grayson being sad helps it to grow. You’re already doing it, growing it right now because being sad when you have hurt someone is a good thing! It’s good to feel sad sometimes, that sadness means that you care and that you have a good, healthy heart.”

He softened right up into my neck, wrapping his arms up and around me. We talked more about how when we are happy and kind we gain a big heart and that eventually it takes over so that anger cannot shrink it anymore. Oh, if only you could have felt the stillness of the moment. The right feelings were there, and suddenly the pain of a blackened eye had purpose. No, we never want anyone to hurt, but sometimes more can be learned through pain than merely through teaching.

He immediately wanted to talk to Claire even calling out, “Claire can you come sit by me so I can tell you something?”

He asked her if she would forgive him and hugged her so tight my Mom heart could barely take all the growth happening within; I wanted to burst!

Parenting is NOT About Correcting Behaviors

I’m realizing more and more how much our children need to be taught what they are feeling and why and then what to do with it.

Parenting is not about correcting behaviors so they can grow into good adults that make right decisions and act well; parenting is loving them through emotions so they can love others through their’s.

Children need someone to gently mentor them through something they’ve never experienced, LOTS OF FEELINGS! And it honestly can’t happen unless the adults learn to better listen as well. Am I angry and demanding of the kids because I feel empty? Is it because I want them perfect so that everything is in order and controlled? Am I yelling at them because I’m exhausted?

Eventually when both people recognize what they are feeling they can respond in appropriate ways, even if that means just walking away until the anger leaves.

Heavenly mother and her angels must have influenced me that day. Their work is divine.