Friday night I went to bed worried and a bit defeated but still trying so hard to hold onto a thread of hope. I’d called, texted, emailed everything and everyone I could find. What in the world was going on that people wouldn’t even return our calls and texts about homes?! It was frustrating.

And two homes were newly available.

I drove like a mad woman, shocked that they had agreed to let me walk through.

And now, we are moving to Farmington.

I guess it really is true that you go until you have nothing left to give and then the miracle comes.

We move in just a couple of days and need to figure out schools, doctors etc. so it’s going to be a week to get through. But it’s also going to be the beginning of a story yet to be written and how exciting is that?!

I still have a summer of miracles to tell you all about. Miracles, I’m learning are often not in the ask, the real miracles are in the people and moments along the way. But yesterday, that was a miracle for sure and I’ll never deny that while it’s not the plan we’d set out for, it’s certainly going to end up even better for the people we find there.

Someone, gosh maybe EVERYONE saw me do it.

I cried a broken cry on the freeway as out loud I said:

I was driving home from having found a house that we could rent until we find a more permanent forever, but I didn’t experience the feels like you would have expected.

Though I’m certain it was.

I didn’t feel that acknowledgment of peaceful or right though it is.

Instead, it felt empty.

We’d prayed, fasted, hoped and acted all summer in faith that we were to move north.

We paused buying a home when nothing felt right and turned our attention to renting. I will be honest, that’s hard for me. I like to be settled and to be home but I could see that there might be a better story in “waiting” – the motto of my life
Out of all the homes we contacted about renting, I’d guess only 2% even responded to texts, phone calls and emails.

The Sunbeams that Barely Reach Us

It was BEYOND frustrating.

So where was God?

We were doing everything “right” and we felt hope and devotion to the miracle, so where was it and where was He?!

The homes on Saturday are lovely homes. The one we will move to is literally the only one that responded, was available and the nicest people own it.

So was it a miracle?

Sometimes we want to have the sun not only rise but completely envelop us in its light AND its warmth. But often its far away and we miss the streams that, like in this photo, barely reach to us as a reminder that it’s there, it’s coming, but not yet.
I think where we are going is going to be good. As much as we hope they need us, I think we are going to need them as well. 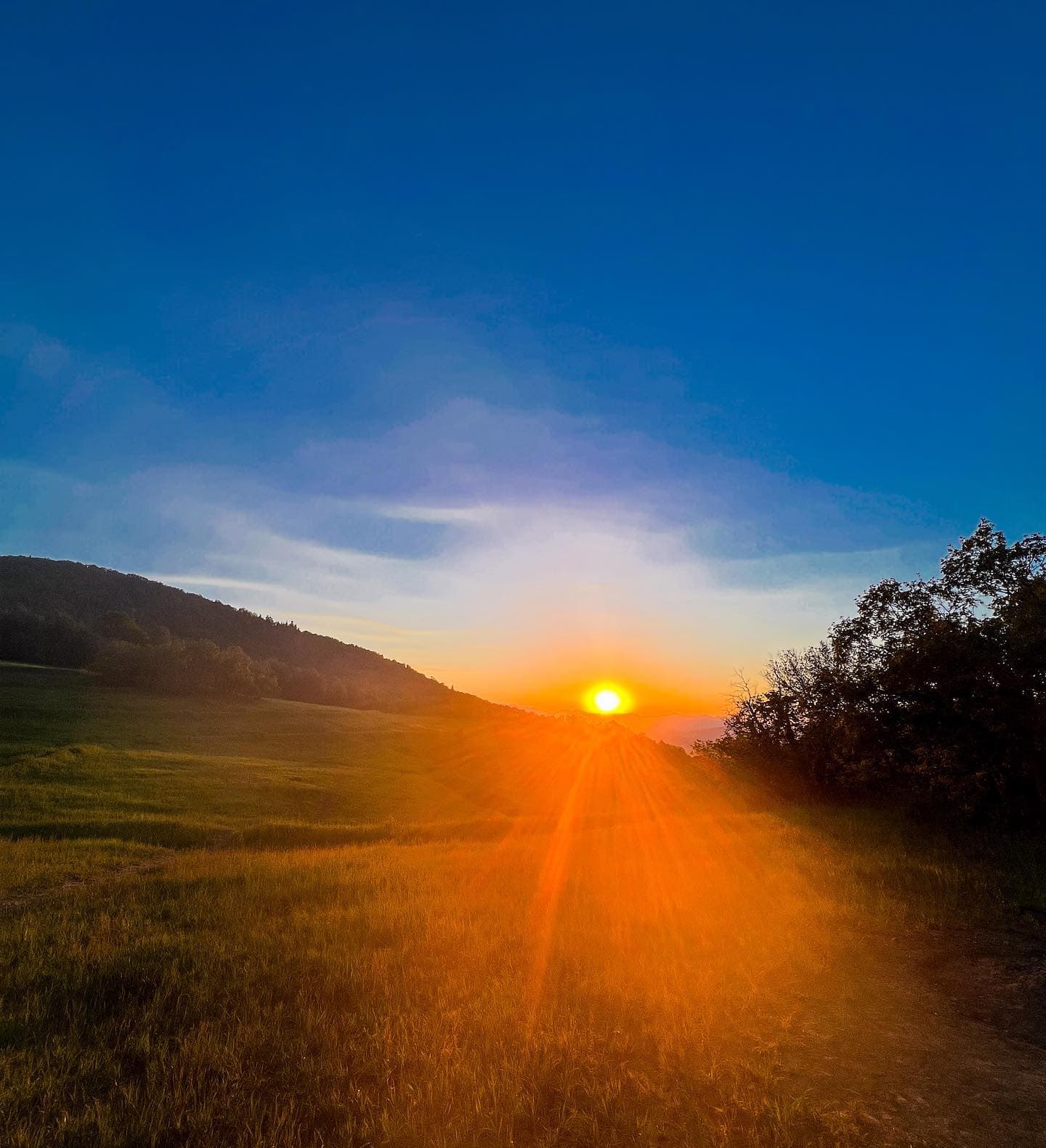 The Miracle We Needed

Truthfully speaking, this wasn’t the plan or the miracle, but it is in fact the way.

It’s the miracle we needed. And I trust God in that.

So yes, I finally cried a bit on the freeway, but now I’m excited because instead of waiting on the brilliance of the illumination, I’m giddy about the tendrils of light that kind of seem even more incredible to be witnessing than that big ball of a sun that’s easier to see. The beams, I mean how often do you see the magnificence of actual light?!

Maybe that’s what this story is. And for that, the home, the God I’m grateful for.