Actual footage of me trying to make it through this thing called life. 😂

Isn’t it true though? We all start out so sure, “this is going to be the best to be an adult! I’m going to marry the perfect man for me, we will have darling children, he will always put his arm around me and tell me I’m beautiful and life will be easier because we have each other. 😍”

And then suddenly life hits and you’re not so sure you’ll ever come up for air again.

In order to truly understand why I was able to hold on, to fight with real grit to follow what we felt in our hearts, to have hope and faith and to find joy in the chaos we have to pause the story of our house and move backward in time to when we were deciding to have this little girl and the real trials that almost broke us.

We had no idea with our first that I had Hyperemesis Gravidarum. My doctor wasn’t very good and kept telling me to “buck up” over the phone. He hadn’t even seen me yet. I had lost 18lbs by the time I had my first appointment, later was admitted with black lips from dehydration and still he’d tell me morning sickness was normal. Friends, HG ain’t morning sickness. 🙄

Having another made me nervous but I thought FOR SURE it won’t be that bad again and I’d find new ways to feel better. 😂😂 seems so naive to say that now.

I felt pulled to find a new doctor not realizing he would become our everything. I searched online, saw his picture and felt burning inside my chest. I called, put myself down as a new patient and thought nothing more.

🤢 I made dinner one night for Cade and our oldest and almost immediately was heaving my guts up in the bathroom. It continued all week, all day long but it was too early to show on a pregnancy test. I called the doctor almost a week later and in a moment of mercy he said to come in for a blood test. At that appointment he said, and I’ll never forget this, “Carrian I feel this is probably going to be HG.” He explained and the lights came on in us.

Immediately it was confirmed I was pregnant and I was sent to IV therapy.

One day later Cade came home after being gone 20 min for work.

“I got to work and there was a note on the door that we are unemployed.” 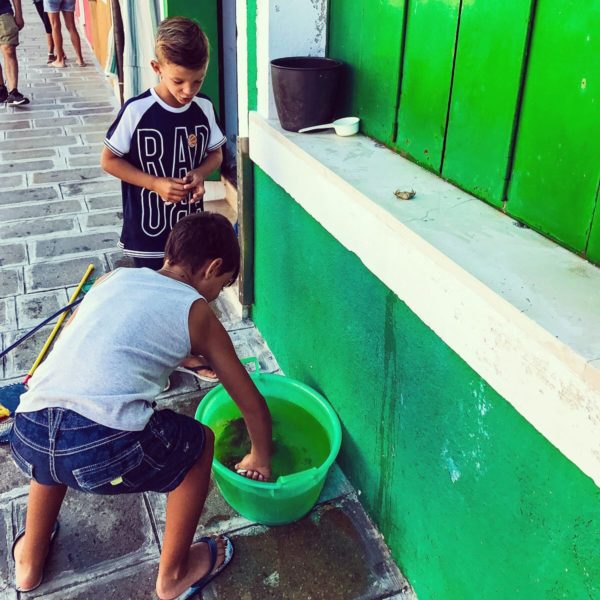 This photo was taken in Burano, Italy two summers ago. We thought it was such a sweet scene until we realized what those boys were really doing.

There we were, strolling along the waterways and gazing at vibrant, perfectly lined colorful houses and these darling boys plopped a big bucket of crabs down. “Ahhhhh they caught tonight’s dinner or will sell them at a market!”

Joyfully mr gray shirt bends over, snags a crab by the leg and flops him upside down on the ledge. Immediately they began smashing it!! There he was, minding his own business, trying so hard to live a good crabby life and then someone decided to smash his hopes, dreams and 😬 well his body.

That was us over 9 years ago…

Cade’s words:
Looking back, I can still feel that heaviness I felt then, suddenly we were not able to afford even the most basic groceries and necessities of life. We had a toddler, we were just out of college so no real savings, a car having issue after issue in repairs, and, a wife with a high risk pregnancy and now no insurance to help cover the hospital stays, weekly dr visits etc.

As a husband and father I felt the weight of my family depending on me. Basically the whole world was sitting on my shoulders.

One year passed and still no job. All I could think was, it’s me, I’m the problem. Have I been looking in the wrong places? Was I not searching far enough or hard enough? Had I chosen the wrong career path? What was I doing wrong and how could I fix it?

When you’re choosing the right and trying so hard for a righteous desire, why can’t it happen? We weren’t asking for anything crazy, we just wanted to live righteously and provide for our family.

My world felt pretty dark at that time. 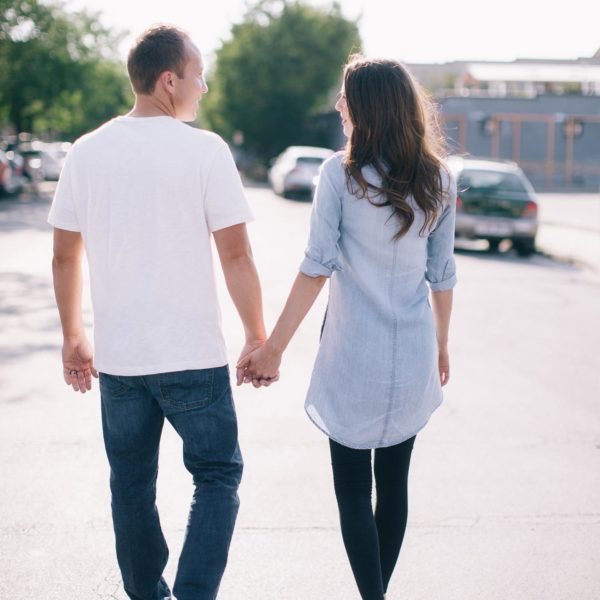 There’s nothing worse than watching your husband struggle and suffer and not be able to do anything to help. I could see in his countenance that this was hitting him square in the chest, he felt worthless and lost and I couldn’t do anything to take that from him.

But, we can both see how incredibly essential these trials have been in our lives.

I remember coming around the corner to our bedroom months after delivering our 2nd baby and catching my breath to see Cade kneeling at our bedside in the middle of the day.

Have you ever looked into your strong, happy, hopeful husband’s eyes and seen stress, discouragement and confusion? And what can you do?!!

It has now been well over a year, we were living off our food storage and there he was, kneeling in one last cry for help.

And that moment, a moment when he was at the bottom of the pit, bruised and broken, nowhere to look but up, well I’ll let him tell you.

“In one last cry for help I learned truths that have changed who I am, who we are as a family.”

Which is exactly why I turn to face the rain now. My goodness, I’ve still had moments on my knees, begging to understand or hurting from something but I always can say, “Thy will be done. Teach me, give me faith to do this!! I TRUST YOU!!!”