We didn’t even have our crib.

Did you have your baby on time? I’ll tell you our story but as much as I love talking and making you all listen (#middlechild), it’s hearing your stories that really makes me happy. Sooooo, tell me about your first, your last, whatever you want, what’s your story?

Mine starts at my baby shower… 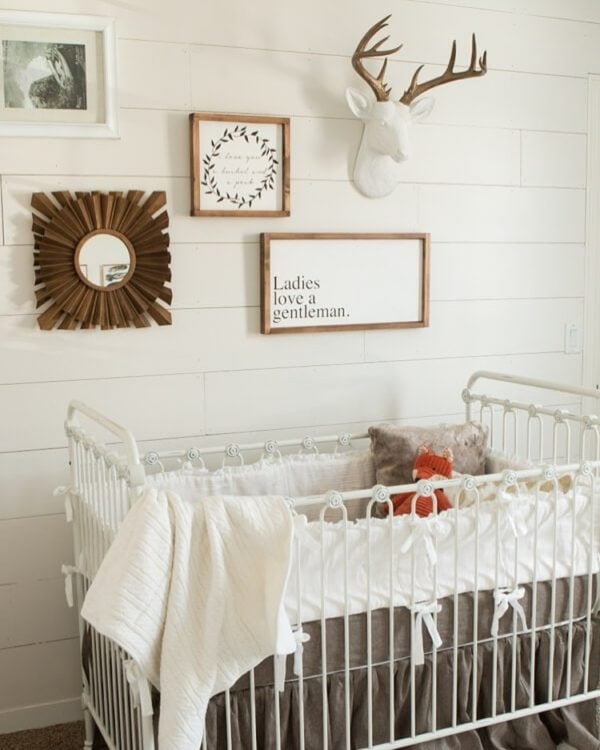 I was due in December, we’d moved in September and it was all becoming so real. But I was sick again. I wonder sometimes if getting so sick again at the end is what always put me into early labor. But having a break in the middle always gave me such strength to push through the final months. Made me feel like I’d been able to catch my breath so I could start climbing my mountain again.

Some see the hope of better days followed by bad as a curse, like why am I going through this again?! But I can’t let myself think like that. The more negative I think the worse I handle life and trials. I look them square in the face and grit my teeth. I have no choice. Getting angry only breaks me, fills me with the poison that will destroy me and I’m not willing to give in to Satan, to trials, to let downs and discouragement.

So instead I got up, annnnd then I ended up throwing my guts up, and in so much pain from the worst migraine to aches and pains everywhere. But it couldn’t possibly be labor yet, right? I mean, that was still a month away.
I didn’t eat.

I laid on our new couch in our new living room and suffered.

Wait, was that the garage?

I heard the quiet rumble of the smaller garage door opening, a car door shutting and the door slowly opening.
It sounds like a horror movie😂

“I had a feeling I should come home, why are you on the couch? Oh my gosh, are you ok?”

Tears streamed down my cheeks, “I cannot stop throwing up and I feel like my back is just breaking in half but nothing is consistent so it just can’t be labor.”

Cade knelt beside me and offered a prayer, and nothing changed.

I texted my friends, the joke had been if they gave me a baby shower I’d go into labor . I waited for hours and finally decided to go. Halfway through the shower

Contractions hit hard and I chose…

Well, I chose to drive myself home. 😂

I mean, it seems crazy now but even though I knew I was experiencing contractions at my baby shower I just felt so certain that everything would calm down and I wouldn’t be having a preemie baby.

Somehow I knew I was for sure going to be having him but I wasn’t admitting it.

All our babies had around the same due date and all had been born on the 24, just like Cade. Crazy coincidence for sure and while I was due in December I thought this guy would probably be around the 24th of November, so I’d be fine.

And he was fine. 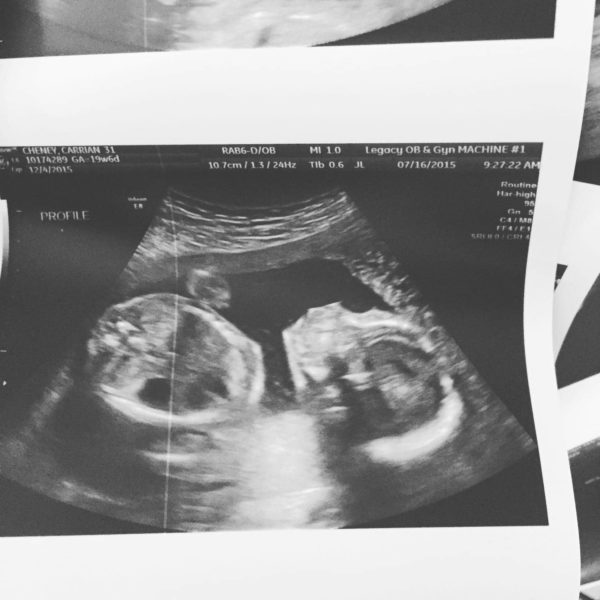 This is the ultrasound from when we started to worry about his growth and heart issues. But by the end we had seen that somehow all of the heart was there, intact, and perfect. And while his growing or lack of had the specialist nervous and pushing to take him a couple of weeks early I was holding on desperately to the answer I’d been given when I had first gotten pregnant, that he would survive and be healthy because there was an important reason he was joining our family. I mean, seriously white knuckled around that answer.

So I drove home, pulling off to the side and calling Cade just after getting in the car in so much pain I wanted him to be talking to me in case he needed to come and get me.

I got to our house, our new home with Cade waiting anxiously at the door and once again, the last time he’d have to do so, he helped me upstairs and into bed.

By 11 I had woken him up and we were trying to decide what to do, I went to stand up and call the hospital for advice and for the first time in our marriage I saw pure panic in his eyes as he saw what was happening.

I’ll spare you all of the details, but it was the first time I’ve ever felt true fear. Something was wrong and there was no denying it.

Obnoxiously (😜😘 love you, Cade) Cade always showered before taking me to the hospital to deliver. I was a middle of the night laborer so it was always after midnight and instead of rushing to grab bags and hop in the car Cade always hopped into the shower.  😶

But don’t be too hard on him, I think it was his way of being alert or something like that. 🙄
Surely someone else’s husband has done something weird in a birth story, right? Someone, quick and one up me. 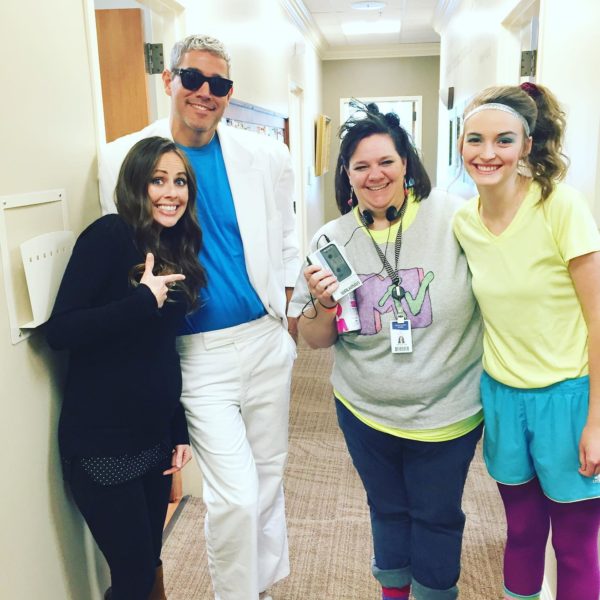 As we were driving in everything was becoming incredibly painful and I was stuck in my mind on where I’d been that last week. I just couldn’t wrap my head around this being real. Just a couple of days before I’d been at the doctor’s office, laughing at their ridiculous Halloween costumes (I still can’t remember who Dr Haskett was) and feeling like it was one of the best days I’d had. It was the last day I remember feeling like eating instead of wanting to barf at the thought of food that week.

I hadn’t shown any progress and we thought all was well. Baby was little and we were carefully monitoring if I should be taken early. I’d bought new couches and they’d just been delivered. We had gone in the backyard and pulled out a small Japanese maple under the porch after a thought in the middle of the night had awoken me to pull it out and crazy as it sounds, Cade trusted my feeling and we thought nothing more of it.

Just days before we had been trick or treating and getting nursery ideas settled on.

Just days before we had no idea that ripping that tree out was probably a crazy miracle for what was to come. Yes, a tree saved us twice.