I was sitting towards the end of my hospital bed, all criss cross applesauce style eating a fruit, yogurt and granola parfait, those scratchy pretend-to-be-sheets tucked up over my legs because heaven forbid a hospital room ever not be a frozen tundra or sweaty hot desert. I absolutely never have my ringer on, it bugs me for some reason and so the phone began to buzz…

I pulled my little side table over the bed, careful not to jerk it too hard and spill my big ol’ hospital mug with its crinkle fry straw sticking out. It was Cade calling to tell me all was well. How could it not be?

In just an instant my mind can circle around a whole slew of thoughts. I felt in my mind and heart that we’d been through the mud and while we weren’t totally out things were going to be ok now. I’d continue in gratitude and patience because the end was in sight and I had my eyes locked on the light. 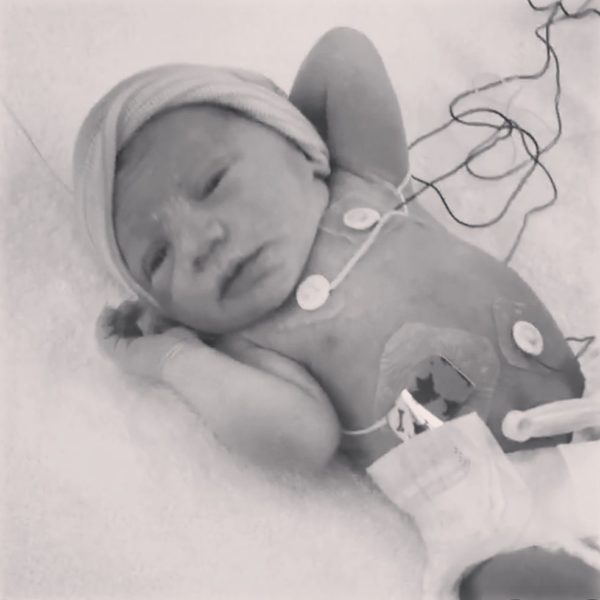 I answered, “hey B! (Not sure why i call him that) Just got back to the room for a minute to eat. I’ve waited so long for yogurt and fresh fruit and yet I’m still sick to my stomach. I can’t believe it’s holding on this time!” I could hear Cade was only waiting, “everything good?”

Cade explained that everything was totally dead and would have to be replaced. And where the old ac had been was actually against code. The only place it could be installed would be way over on the opposite side, sitting exactly, perfectly on top of a hole where a tree had once stood. Literally.

What are the chances?

There’s no way we could have taken on tree removal at that time, but someone had inspired me to remove it in order to grant a little blessing later. What are the chances?

I hung up and walked back to the NICU, scanning my wrist and the click to let me push open the door. It was a miracle and I was busy praying that somehow we could figure this all out so we could bring a baby home.

Rounding the corner I just breathed him in.
I saw a tiny, perfect baby and tiny monitors.

Monitors that suddenly started to scream in alarm! My heart exploded as I saw the line go flat and two nurses rush in. All I could do was stand, fingers barely touching my lips. 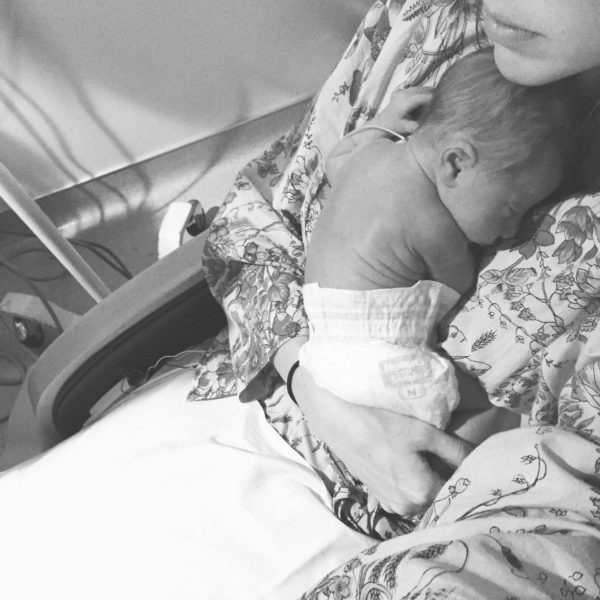 It’s true you know, time does come to a stop and you somehow take in everything and everyone and yet it’s all a fast as lightening blur, not catching anything that’s happening.

That shade of blue/gray is the worst color in the world. I had no idea that color would change so drastically and so quickly like that when someone wasn’t breathing nor was the heart beating. Was I even breathing anymore?

It wasn’t an immediate jump to CPS like you’d think. And there was no panic in the room. It was quiet and a frenzy of action but no screaming orders or chaos. That is a reminder to us all. First responders keep things quiet, calm, and exact in their life saving. First responders act. They don’t react.

I’m desperately trying to be a first responder in life, with my children and family, with friends and life.

Four hands lifting an airway and rubbing this baby like he was a potato being scrubbed in the sink and “beep, beep, beep” the monitors woke up again. I’d never be annoyed by the constant beeping of the nicu again. It was the beating hearts of fighting warriors.

A gentle hand pressed upon my shoulder, urging me into my rocking chair. As I sat my hands began to tremble a little as she handed me that fragile body housing an incredible spirit of a little boy.

It was hitting me what had happened, and I felt eyes urging mine to look up. She got down low and pierced me with exactness in her eyes, “that might happen again, sometimes preemies lose touch with us but we will always be watching and always come to the rescue.” I think that was my first inhale, my first real breath. The reminder was back, I never stand alone, Angels seen and unseen.

One of the very first nights in the NICU a nurse was weighing our little man so I could feed him. That’s how it went, you know.

The old corded phone at my bedside rang out in its shrill little ring, a sound kids today don’t know or understand as they didn’t grow up waiting for their big sister to get off of the phone so they could call a friend to come over to play, or hurry and call their best friend before school to see what she was wearing that day. When you’re sound asleep it’s the sound that rattles your bones and sends your heart racing, palpitating In A way that jolts you awake and sends you into a 3 millisecond panic until you remember where you are and what the sound is.

I grabbed the phone and tried to sound halfway awake. Why did I even care? It was past 1am and perfectly ok for me to be sound asleep, dead exhausted after leaving his room less than an hour ago, hurrying to pump and fall asleep. But for some reason that’s me, trying to clear my sleep voice, “eeehhheeeem, hello?”

“Carrian, he’s stirring so you’d probably better pump and come in to feed him as he will probably be up again soon.”

I pulled my @plumprettysugar robe around my shoulders, the one I’d live in at the NICU because no one has time for getting ready, let alone clothes in there.

I began the routine.

The sound of the pump always making me feel like a momma cow in line at @tillamook though ice cream wouldn’t be the result. Too bad too.

I walked in the NICU and the nurse was just picking him up. I had my room routine-the pumping, snacking and sleeping, and there was a NICU routine too.

Baby is woken up the rest of the way, sweetly talked to and cooed at as I changed his teensy little diaper, a newborn size that was drowning him. That warm little body is lifted onto a scale, weighed, and then we nestled back into the rocking chair to feed him. The process would be repeated after feeding him, even the diapers being weighed before thrown away.

I knew it was coming. I saw the little line slowing…