I’ve thought a lot about this post, when to do it, how to say it, and how you’d all respond. I don’t really have the right words.

How do you ever describe the moment that everything goes from the roller coaster to a pure downward spiral?

The kind where you feel like you’re grasping at air, never able to grab onto the ropes and slow the beast down.

You had to be there.

You had to stand shoulder to shoulder with me as I realized he wasn’t coming back after coding yet again. He did though…

You had to hear the aching sob that barely left my lips as I stepped back from his blue, still body. And the feel of the new nurse who pushed past me and asked if he’d done it this bad before as she began working on him.

And then you’d have to wrap your arms around my trembling shoulders as he did it over and over again for the next 24 hours.

There was no more back and forth, two steps forward and 1,2, or 3 steps back.
There was only reality.

That was the first time I felt the truth hit me in my face, just because I loved him, just because I’d fought for him to be here, just because he was born strong, ate well and had no need for oxygen provided didn’t mean he would be able to come home with us.

We could do all we wanted, all we could, we could give him the best care and still his life was given to him by the only one who can give life. It was in His hands.

Paul says that you know. It’s in 1 Cor: 2:6 “I have planted, Apollos watered; but God gave the increase.” We can do everything we are supposed to, but all things, all blessings, all life comes from God.

He giveth, He taketh away. But He does so out of love. Love for me. Love for you. But that doesn’t mean He’s a puppet master. I knew I had the right to talk to Him, and whatever He said in response I was totally prepared to end with, “Thy will be done.”

And so I became laser focused. I suddenly felt like standing, like fighting with every ounce of faith that I had in me, believing on Him to give the increase.

It started with getting dressed. Well, kind of, I showered and changed into actual pajamas and had Cade bring real clothes from home while I marched into the NICU to call it all out. 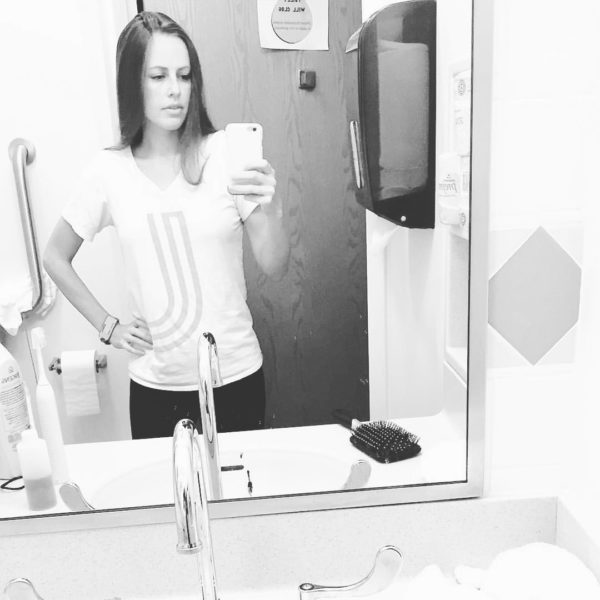 There’s this story in the scriptures about a woman named Hannah, her story has always been a favorite. She so desperately wants a son, and not just because she was barren but also because in those days a woman needed to have a son. Her husband loves her and doesn’t totally understand her need for this baby but she gets herself ready, she has laser focus on her righteous desire, is clearly obedient and wise and she humbly goes to the temple and calls down her miracle with every ounce of faith, hope and desire she can muster.

I got dressed that day and all ready because although all I had were pajamas I wanted the Lord to know that I was aware I’d be speaking to Him. I got dressed to show physically what I was feeling spiritually, prepared. I’d already fought to survive and now I’d fight for him.

I walked across the hall and into the NICU.

I pushed passed the curtains and he coded again.

I had a flicker of doubt about what I was doing but immediately, just as that feeling was creeping its darkness into my heart like ivy seeping into brick houses I mentally put my foot down.

I pictured in my mind and exerted whatever mental strength I could to wrap around the decision that our baby would heal and come home. I pictured us leaving. I pictured me holding him at home. Visualizing is a step of faith. Whatever we can think about consistently can become our reality. It is faith to visualize.

The nurse started to work but instantly he took a breath and the machine started to beep. She gave me a wink and a sigh of relief. And then she left. And I was alone.

Ask any NICU mom. It is a special place where you feel the closeness of heaven. The reality of those on the other side of the veil, loved ones who came before you and I guarantee there are ones yet to come who stand guard to endure that their future happens.

And so I had my first Hannah experience. I prayed in great humility that the Father would know that I would be ok no matter what, that I knew He could do ANYTHING, and then I asked that this baby be healed.

Immediately I felt to call Cade. 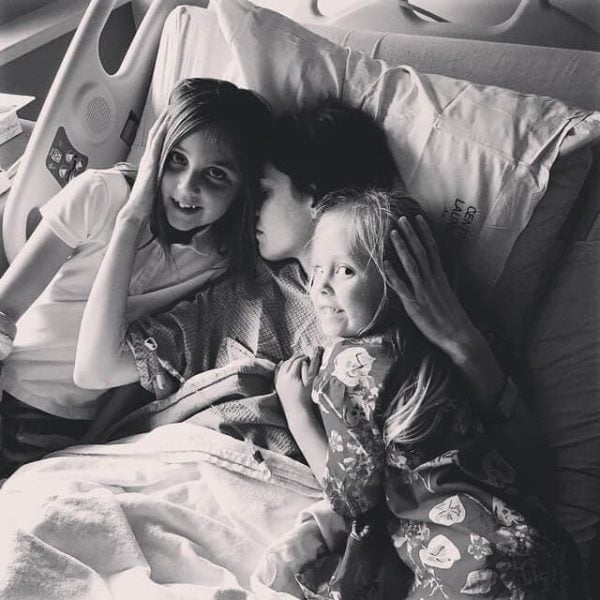 I don’t remember why Cade wasn’t at the hospital. At one point we both had left. The worst day to leave but our oldest daughter was singing in church and had asked for us to be there.

Months before I’d missed her piano recital and very first dance recital. I’d been lying in the hospital, a perfectly good excuse but my heart had absolutely broken to not be there. To see the pictures of our girls holding hands in the car on the way there, a picture they didn’t know had been taken by Cade. They were nervous and had clung to each other without a mommy there. I wasn’t going to miss this.

I snuck in, snuck out and back to a life no one really understood we were living.

That’s almost always the trial amidst the trial. The silent suffering.

It gives us eyes that see. Eyes that can pass by a stranger and see something in their eyes that sparks something in you to quickly offer a prayer on their behalf because you know, you know the darkness. I wonder how many people would be shocked to learn I’ve prayed for them as our cars passed at a light or as I stood behind them at checkout.

This time Cade would do the praying.

I had asked him to call one of our best friends, Adam and have him help Cade give our son a blessing of healing. 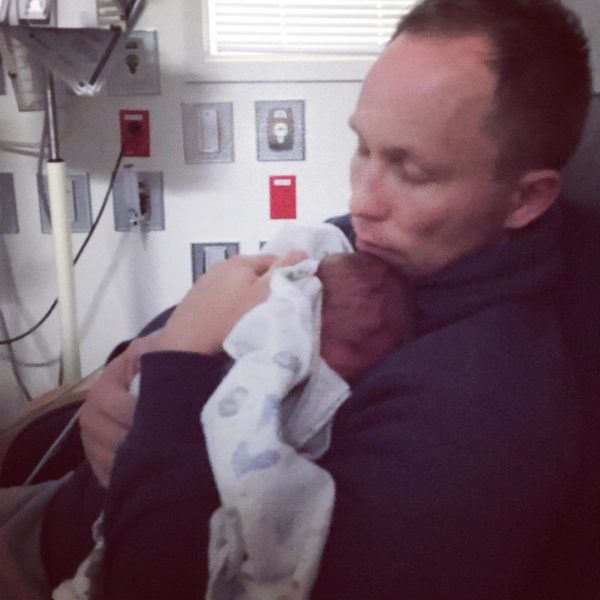 As members of The Church of Jesus Christ of Latter-day Saints, we believe in the same priesthood power that was on the earth at the time of Christ. And so Cade placed a drop of oil on the baby’s head and he and our friend gently laid their hands on his tiny head, only their fingers touching as there wasn’t room for hands.

And then we all felt it. It is far too sacred to ever be able to describe, but the room filled with so many people it felt as though we were all shoulder to shoulder.

My angels were there again, seen in two men and the mighty nurses, unseen in the loved ones who joined in the circle to pray this suffering baby into health.

It was powerful. My words would not do it justice to try but I can promise you that there is a God.

We were suddenly released the next afternoon.
Our baby was coming home. ❤️