It’s time for Friday Things – Public Tantrums. No mom wants to deal with it. It’s embarrassing, stressful and even exhausting, but I’ve learned a thing or two. 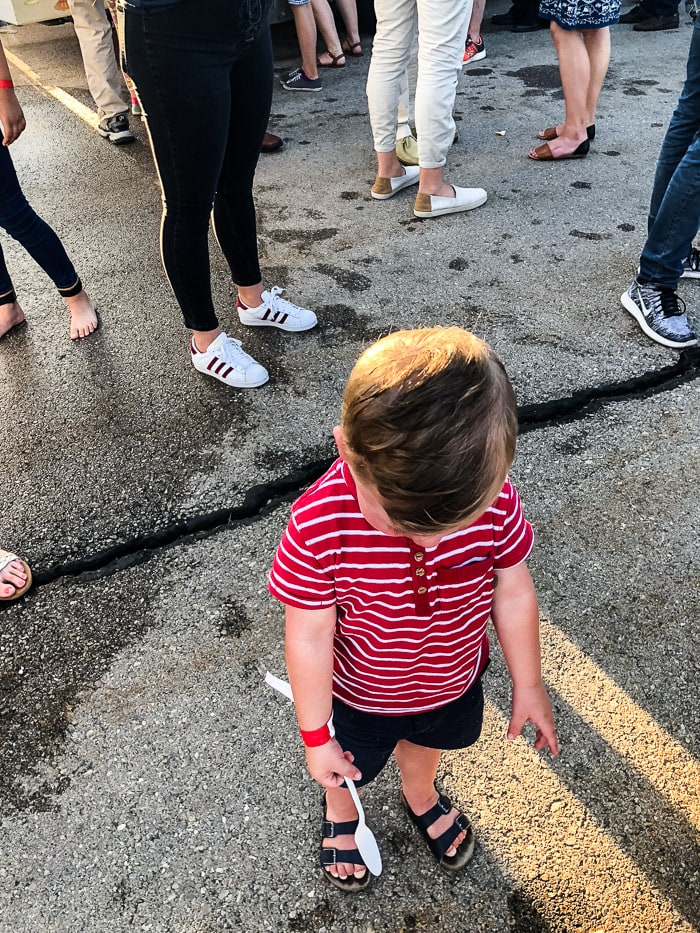 To the man who once yelled at me to “shut up that blankity blank baby” (who was three weeks old, our first baby mind you) who had been screaming for two hours no matter what I did unless i was out there on that back porch, you were once that baby, and I hope that your mother did exactly what I did. My sweaty palms and pits and utter exhaustion didn’t make me cave one bit. No, I prayed and snuggled, and soothed and rocked until I thought my back would break and arms would fall off.

I was born to raise these children and while it may be annoying to hear them scream I’ll keep trying teach, love and console them in the best way I know how and simultaneously forgive your horrendous behavior, because that’s what moms do, we multitask. 😜😘

We only experienced one between both girls but this guy is more like one every other day.

I despise it. It’s not even just that it’s awkward and embarrassing, it’s that it’s exhausting!

It all started over a cup. A used, falling apart, empty paper cup. I threw it away. Pretty much ruined his life. I mean, it was sticky and gross and empty and he had me holding it for the last 5 minutes without a single thought about it. Until I threw it in the trash. Heaven forbid.

I’ve gotten the glares and stares, the sighs and avoidance. It’s a real beast and it’s the adults that make it waaaaay worse.

This tantrum was in the middle of a crowd and he full on stopped and threw one. Not one person said or did anything to make me feel embarrassed.

🛒 The last was at the grocery store and the screaming was unreal. A woman walked up and offered him smarties.

Last week at target a little one was bawling and screaming while the mom was desperately trying to sort out a return, and a young girl, probably in college wandered over and said, “I like your red shirt, is that your favorite color? It’s mine too! What about the incredibles, they like red too” not one more peep. We all stood there watching a tender mercy and I couldn’t help but think, not only is there good left in the world, and not only are we all exactly the same- people just trying to make it through life, but we are also capable of staying calm, assuming the good, and making a difference.

The first thing we can do in this world is to stop being so quick to judge. Even if you’re too shy to wander over and lend a helping hand, you can choose to not judge. You can choose to smile and give reassurance if that mother passes by and you can feel her frustration.

Surely I’m not the only one that has felt it or witnessed it? Have any of you?