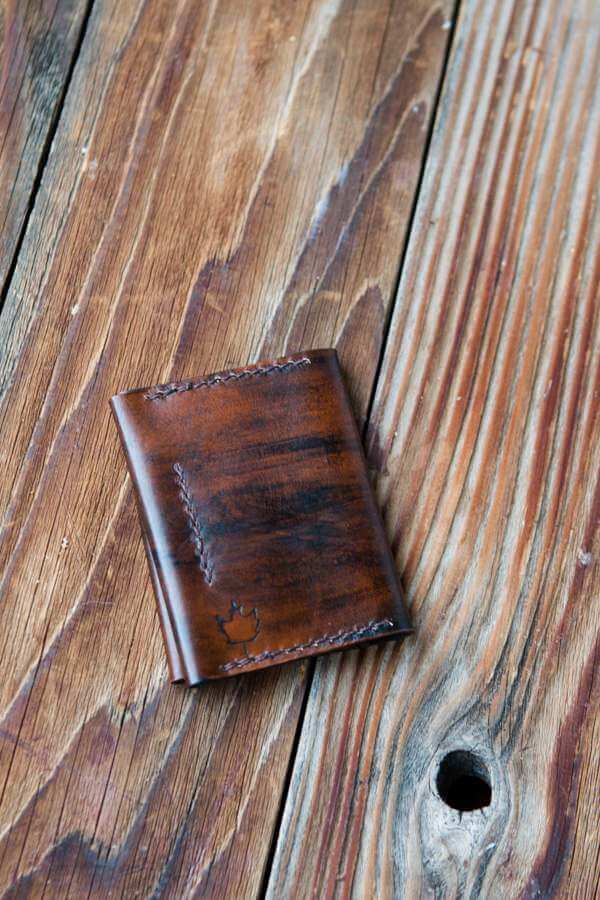 Wait! Don’t run away! I know that this isn’t a recipe, but it is something that will tell you a lot about me, in fact about both Cade and I. Actually, Cade is especially good at gifts. Other than that bathroom scale he bought me for Christmas one year. Yup. You’ll have to ask me about that story another time. Anyway, we both believe in giving gifts that mean something so when his birthday was coming up this January I wanted to find something that could be more than just a cool gift. 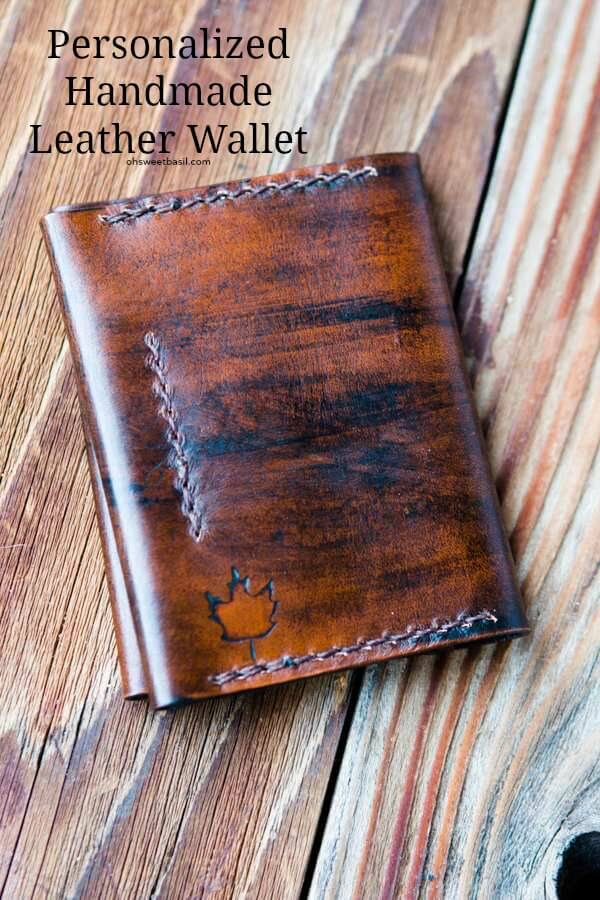 So that’s always the easy part, deciding you want to do something cool. But then you actually have to do it. Ugh, I hate that part. Well, awhile back we watched a movie called Ephraim’s Rescue. In it, a man is trying hard to live a good life and be the best man he can. At one point he is prompted to be all packed and ready to leave, so he prepares then goes to a meeting where his religious leader tells the men of a group of saints stuck in the snow with no provisions and will likely die if they are not rescued. Because he followed this prompting to prepare he states, “I am ready now” and leaves to rescue those people. This really touched us both, but especially Cade. He has always had the desire to help and serve but after hearing that he felt greatly inspired to be ready at all times to do whatever the Lord wanted him to do and to serve those around him. It’s his motto I guess. 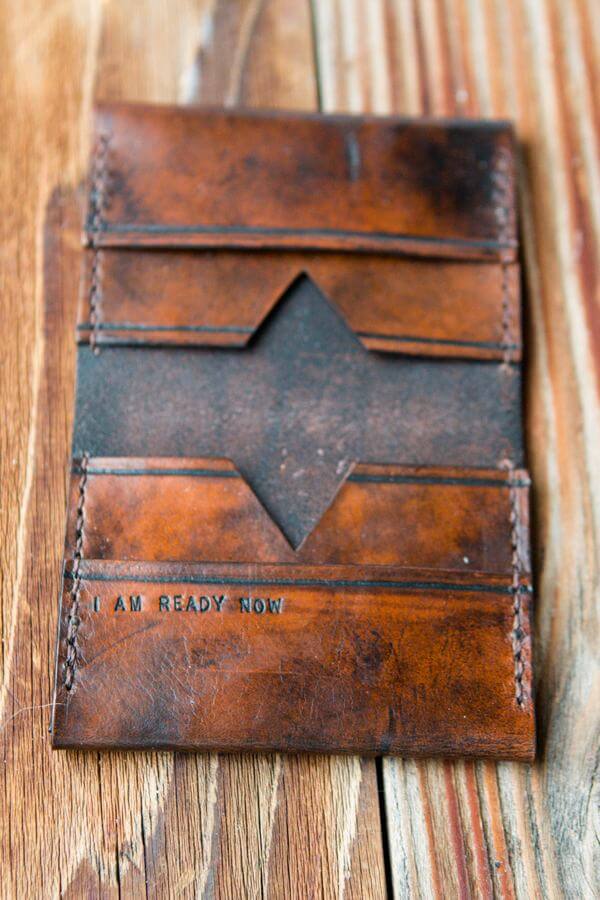 I found Red Leaf Leather on Etsy and she makes lovely, handmade leather wallets, luggage etc. I knew she was perfect for a gift. She makes all the wallets myself by hand, so because of that she can only allow so many sales a day in order to keep up with the work load. Each morning she will update the number of available products for that day, which is awesome because you know she is taking her time. I decided to go with a beautiful wallet that would always be with him and have “I am ready now” burned into the inside. It smells, looks and turned out amazing. Cade absolutely loved it and said it’s the best gift so far. And it’s just a wallet! I’m telling you, gifts that mean something are far more important that gifts that cost a bunch. And tomorrow you’ll want to be on instagram because we will be holding a giveaway!! WOOHOOO!!!