How to Cook Blistered Shishito Peppers is the easiest thing you will ever learn from us. Pull up a stool and dig into these delicious  peppers with us! 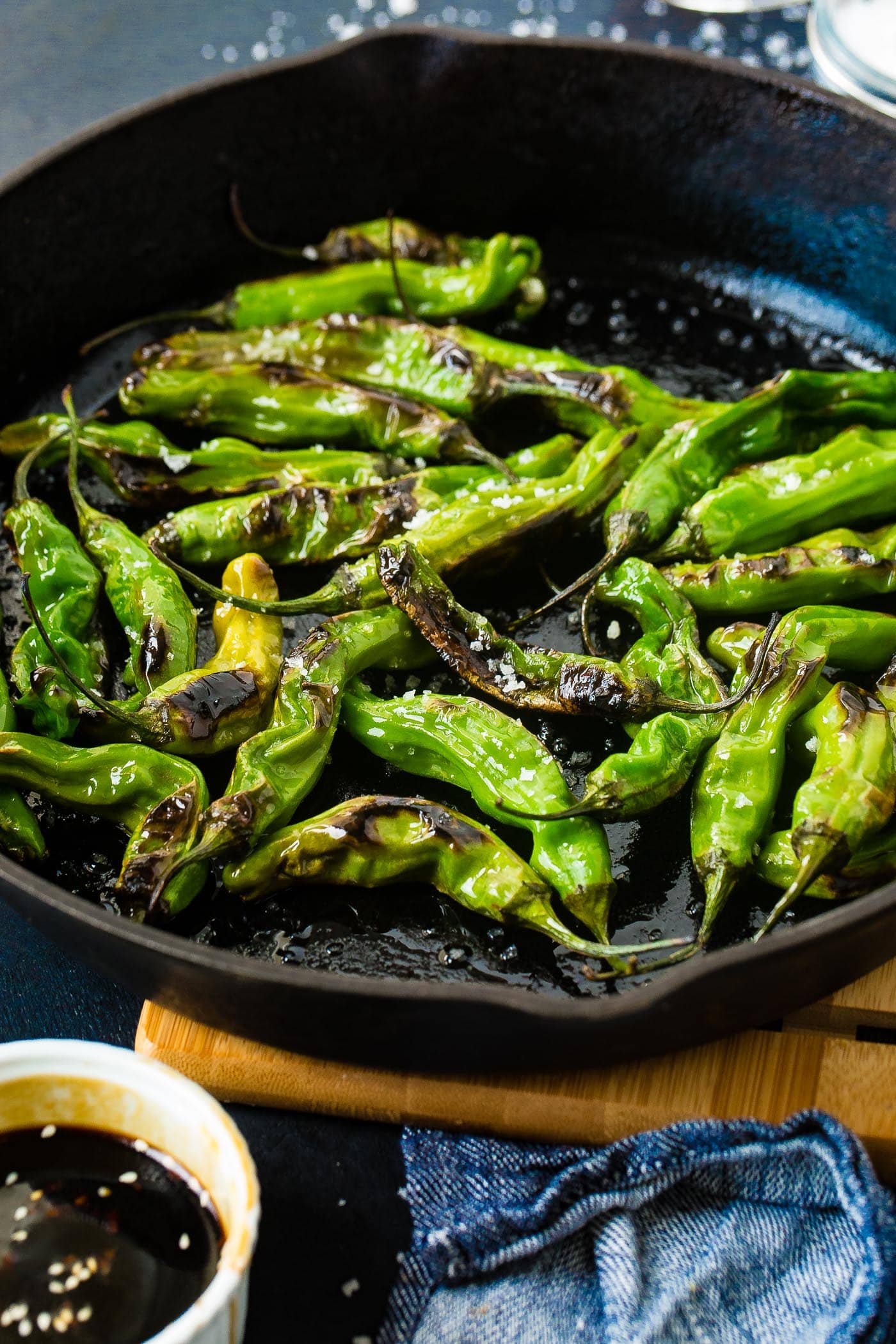 First of all, you need to remember to make a dipping sauce for this blistered shishito peppers, so we’ve included our favorite below. Don’t skip it.

Cade loves to order shishito peppers at restaurants, but for some reason they never really call my name. We’ve been making them at home lately and even the worst cook in America can totally pull these off.

Cooking is such a funny thing.

And then  you grow up and realize that it’s an art. A talent even and you might be feeling like you not only don’t know much or struggle to make it happen but you also don’t know what in the world to make half of the time.

Mom: What would you like for dinner this week? 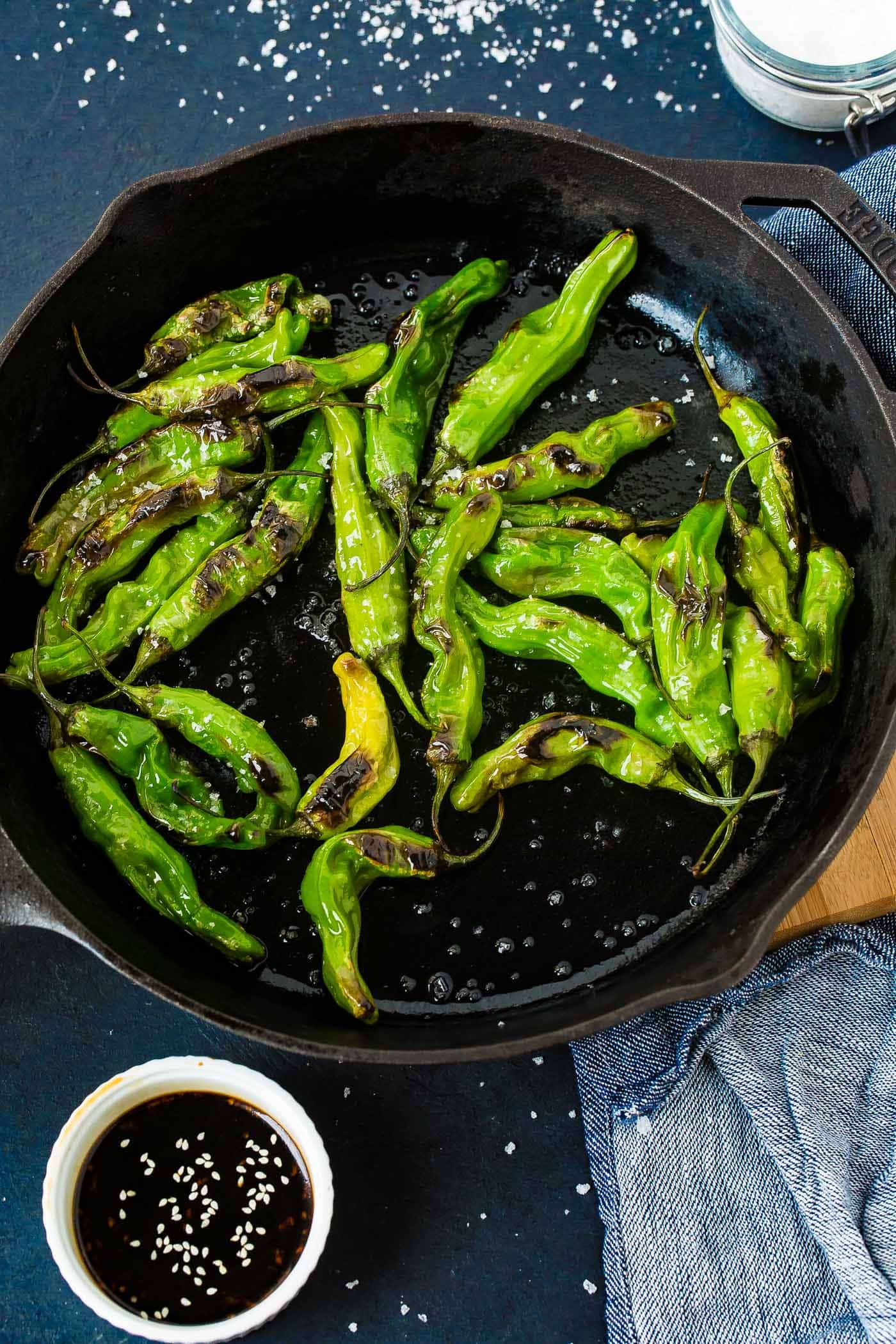 Isn’t it so frustrating?! The worst is when you have to pick a side dish to go with dinner.

I can save you time, money and effort on that one this week. Let’s take 5 minutes and three ingredients to make blistered shishito peppers!

You can eat them plain or Cade loves a simple soy dipping sauce so I can share that recipe in case you want the same.

How to Make Blistered Shishito Peppers

It’s very easy to learn how to make blistered shishito peppers in a pan or on the grill.

Here’s your grocery list so we can get started:

How to Cook Blistered Shishito peppers 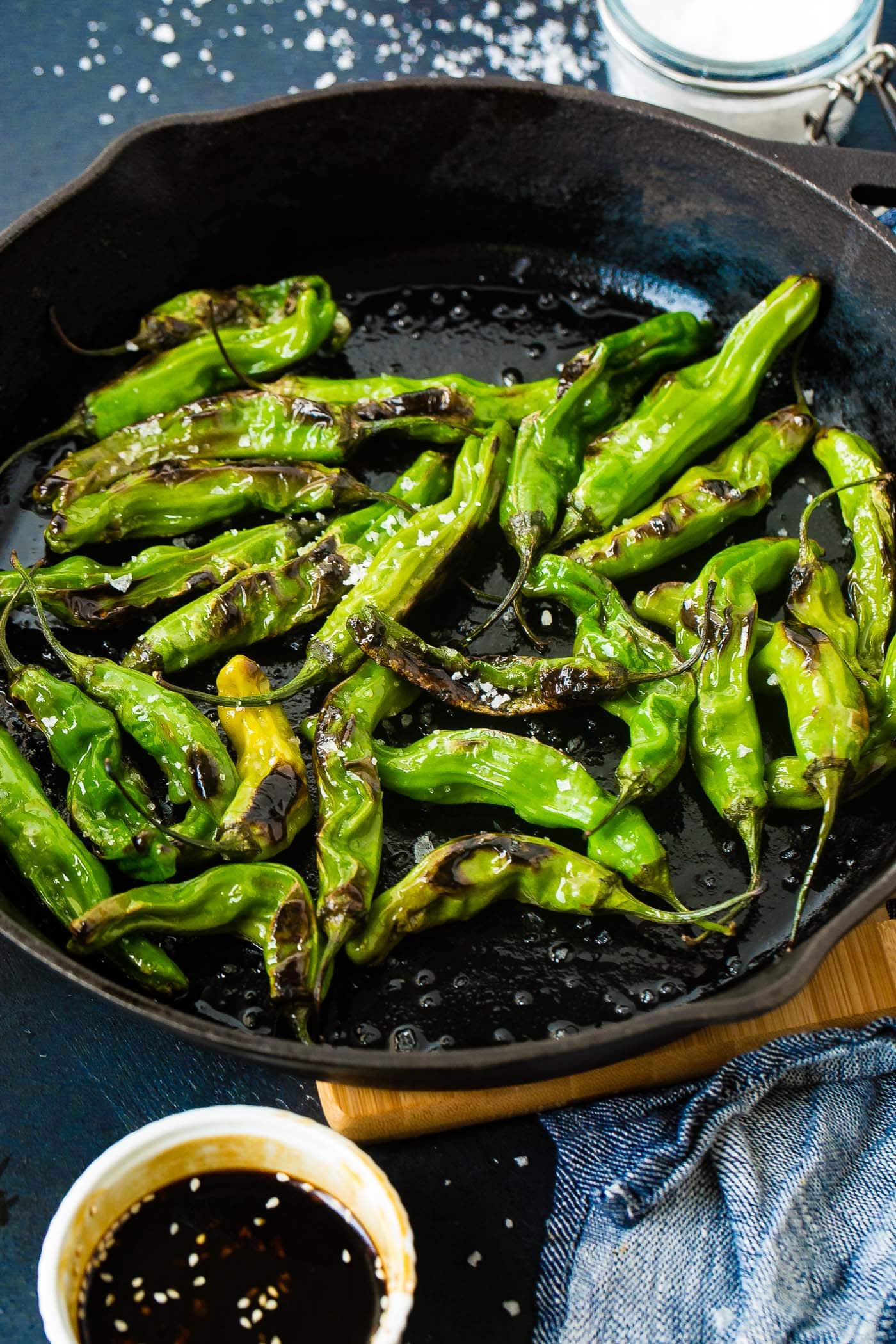 Do Shishito Peppers Need to be Refrigerated?

Shishito peppers will last longer if you store them in the refrigerator.

The whole pepper including seeds can be eaten. Shishito peppers are not very hot or spicy. About 1/10 might end up a spicier pop but otherwise most people enjoy shishitos.

How and Where to Buy Shishito Peppers

You can buy shishito peppers in the produce section of most grocery stores over by the other peppers.

Shishito Peppers are a little tricky to find, but one place I can always buy them is at Trader Joes. 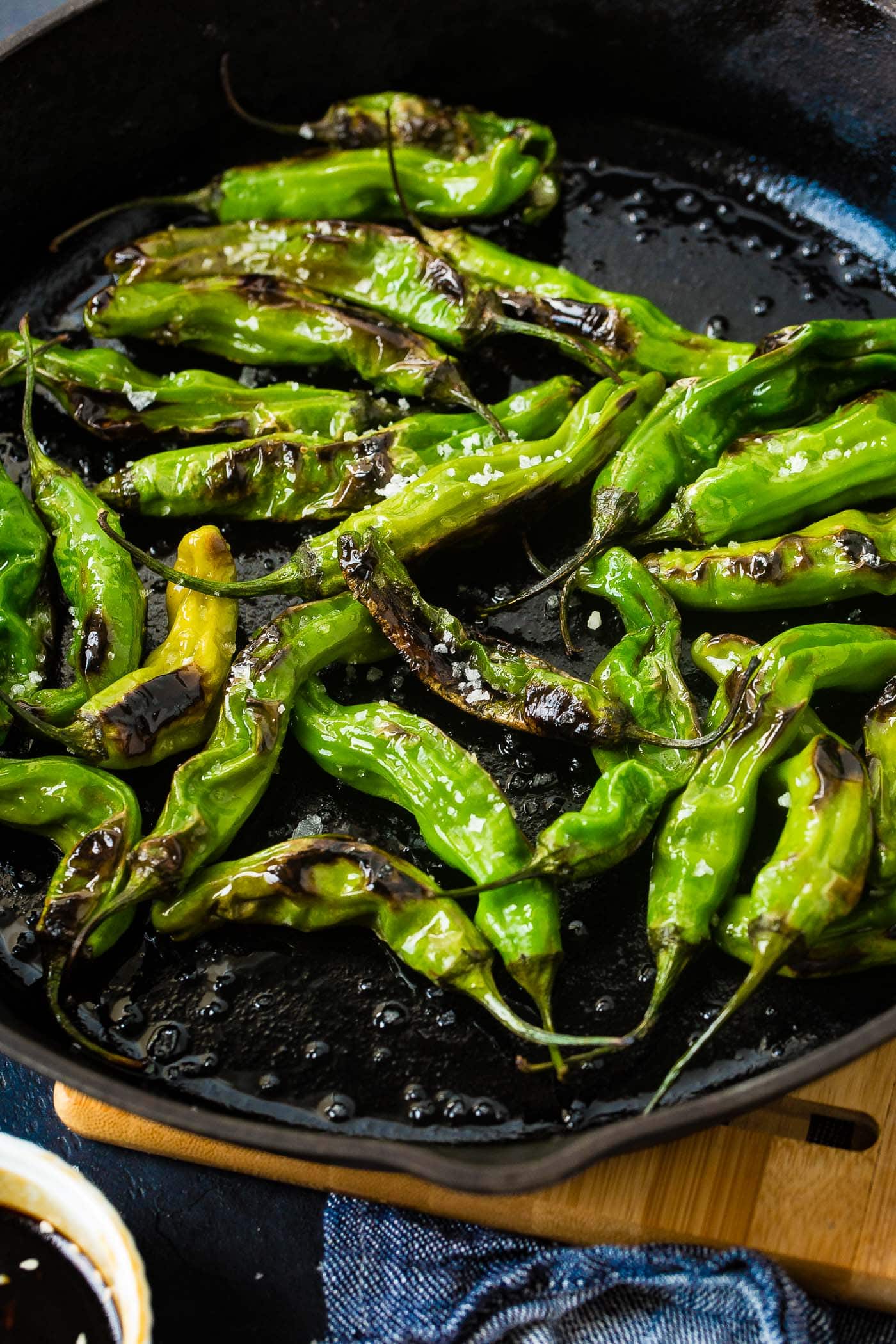 What to Eat With Blistered Shishito Peppers

You can serve shishito peppers in stirfry dishes, alongside any grilled or smoked meats or really at any time as they are a fun little appetizer. Even a football party is so fun to serve up these blistered shishitos!

When you serve the peppers you might want to consider a simple aioli or soy dipping sauce. We’ve included one below but a siracha aioli would be great too!

Can Shishito Peppers be Frozen?

Whole shishito peppers don’t freeze very well for this dish, but if you need to save some just dice them up and freeze them for up to a month or two.

Throw the frozen peppers into soups or other dishes, no defrosting needed. 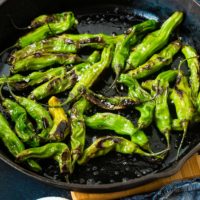