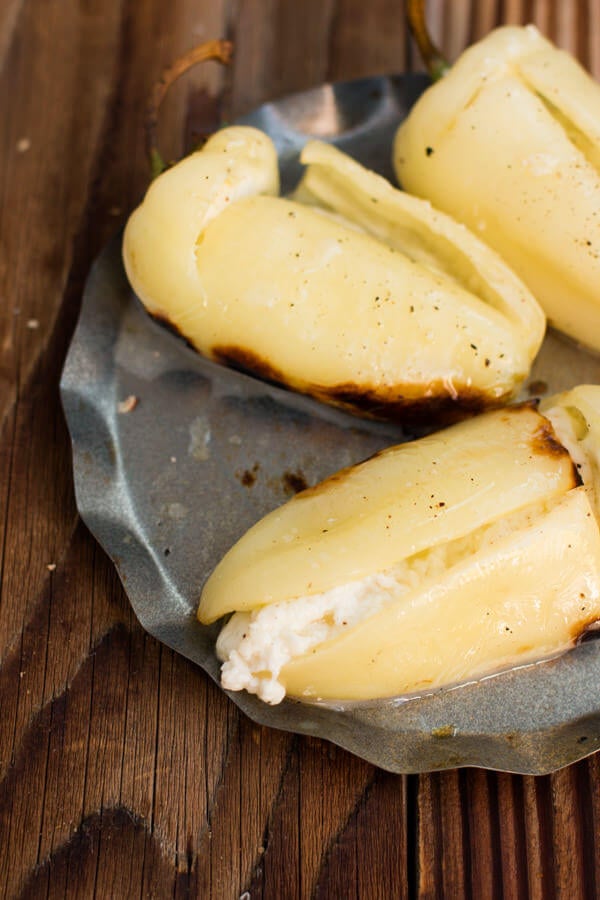 That’s right bacon wrapped cream cheese jalapeno peppers, you’ve got competition. Bring it! Or don’t because I totally don’t think there’s an actual winner since they are different, but this is my personal favorite for all summer long. And I hope that by the end of the post I will have you convinced that these really are the best grilled peppers. I know everyone we have over for dinner and all of my in-laws agree. 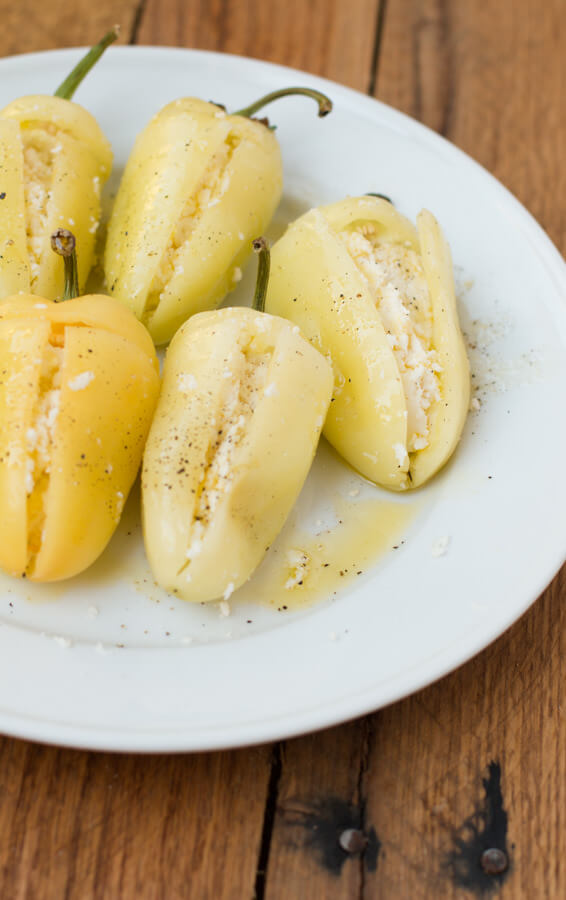 First thing first, this recipe is one that my sweet brother in law, Jake taught Cade years ago and Cade actually had to beg me to try. If you’ve been reading this blog for awhile you may have noticed that there aren’t really any spicy recipes on here. Yup, I’m a wimp. I don’t enjoy spicy. If it has great flavor I can kind of understand but I still don’t enjoy it. Well, Cade and I had just had our first baby and within a week we were on our way to California to do summer sales. 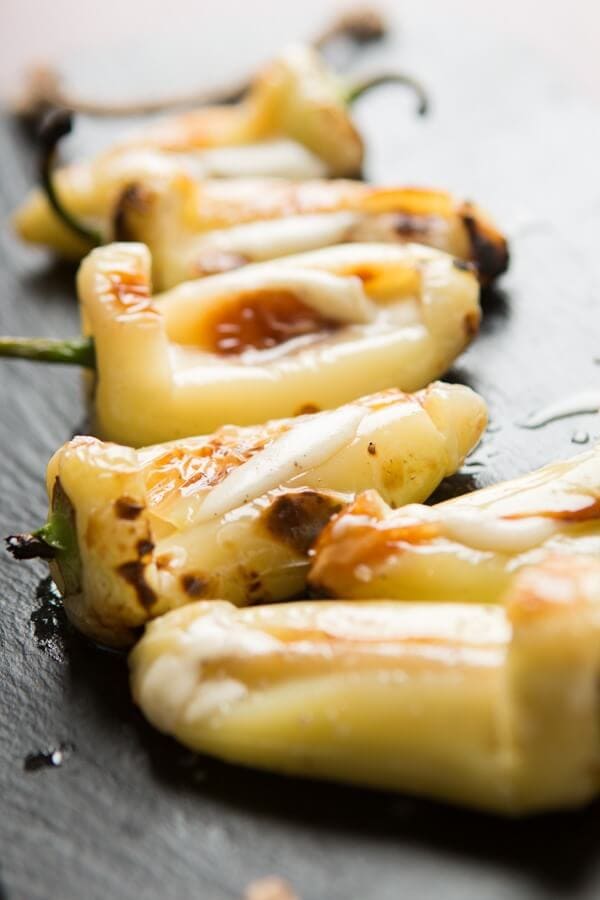 It was horrible and such a long drive. And don’t worry, we had to take both our cars so I drove one and my sweet husband drove the other. For anyone that has just had a baby just think about driving from Utah to San Diego with a newborn you were trying to nurse for the first time ever, not to mention one you had just given birth to. Yup! 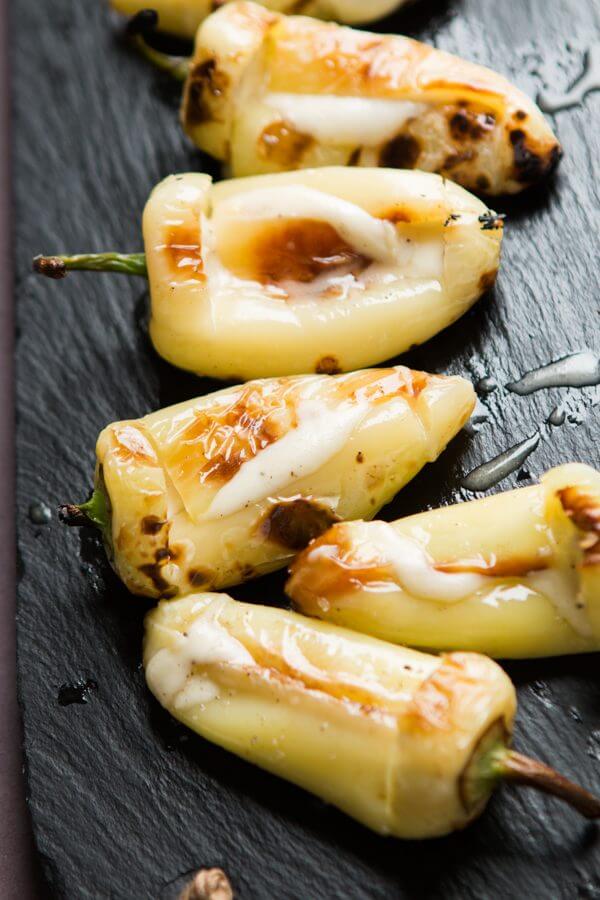 So, we got to Cali for what turned out to be one of the worst decisions we had ever made. I had felt so strongly that we shouldn’t go, but Cade was totally being sold by this guy who turned out to be a pretty dishonest cat. In fact, at one point there was a TRIPLE HOMICIDE in the apartment next to us and as Cade worked from 9 am to around 11pm and we had a newborn he was really worried about these apartments this guy had set us up in. Not to mention he promised Cade he’d be helping to manage the team only to give it to his brother or cousin or something once we’d gotten there. Anyway, he saw no reason to move us and started getting more and more shady and dishonest. So, Cade and I transferred to another office in a better area. On Sundays when we weren’t working we would head to his sister’s house every now and again to BBQ and relax. 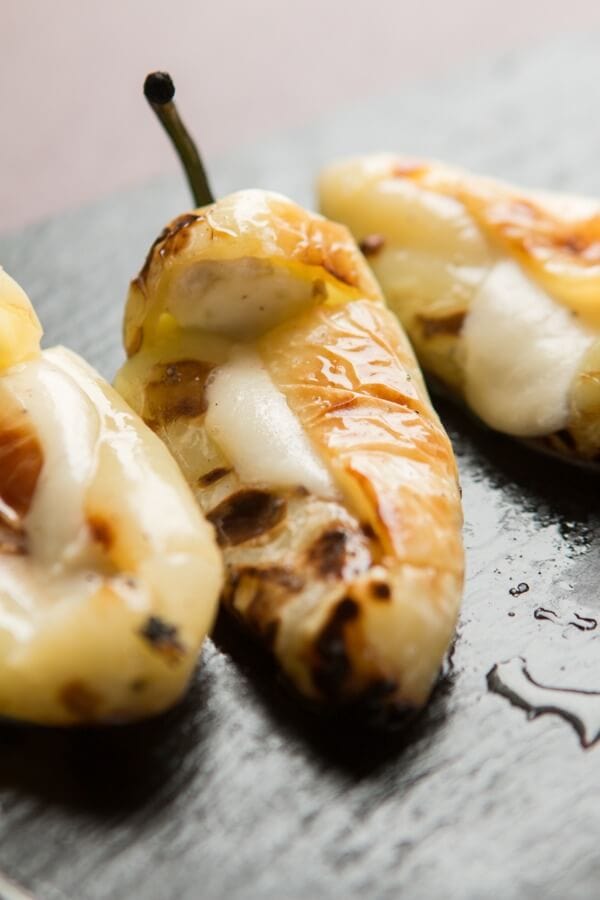 That’s where Cade had to beg me to try these cheesy peppers which he promised would not be spicy. In fact they are really yummy and we all know that queso fresco cheese is my favorite. The biggest thing to remember is that the seeds hold the spice which means you want to pull them out but also it can burn your fingers so use plastic gloves or be careful and use a paring knife to get them out. But truly, if I love them you for sure will. And they are so easy for summer grilling which is awesome.

What is Queso Fresco Cheese?

It is a creamy, soft, mild white cheese.

What is the Difference Between Red, Orange and Green Bell Peppers?

Green Peppers are the immature version of yellow, orange and red bell peppers.

Since green peppers are less ripe, they have a slightly bitter taste and may cause digestive issues.

The riper the pepper, the milder and sweeter it tastes. 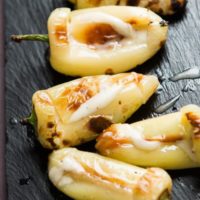 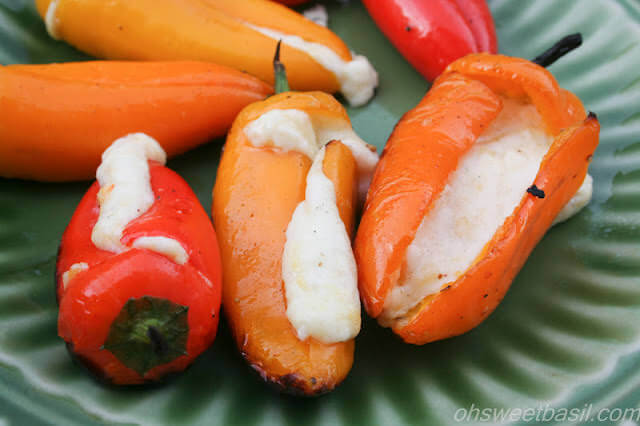 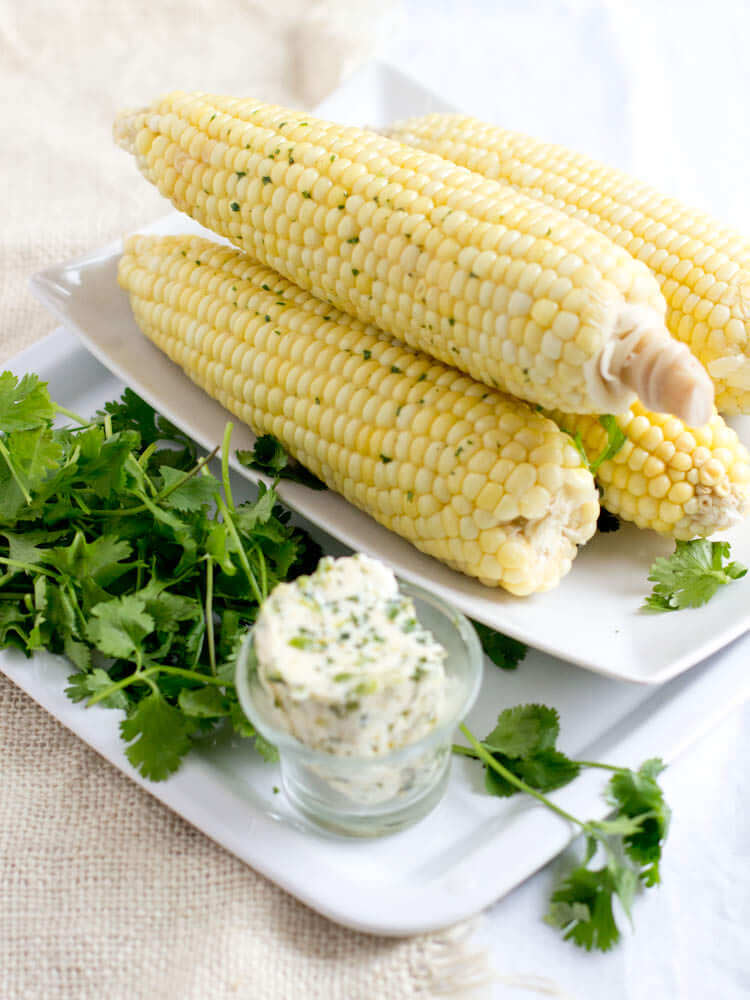 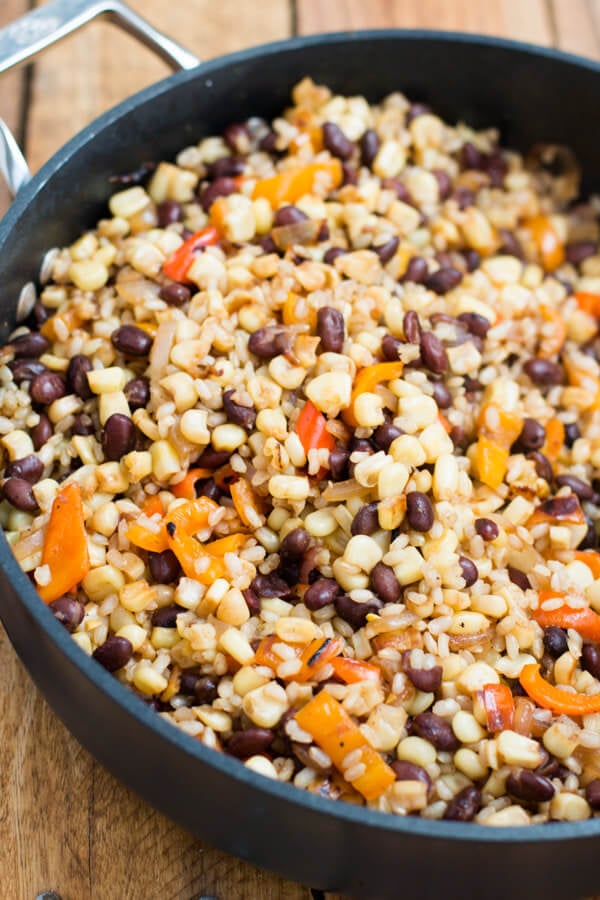