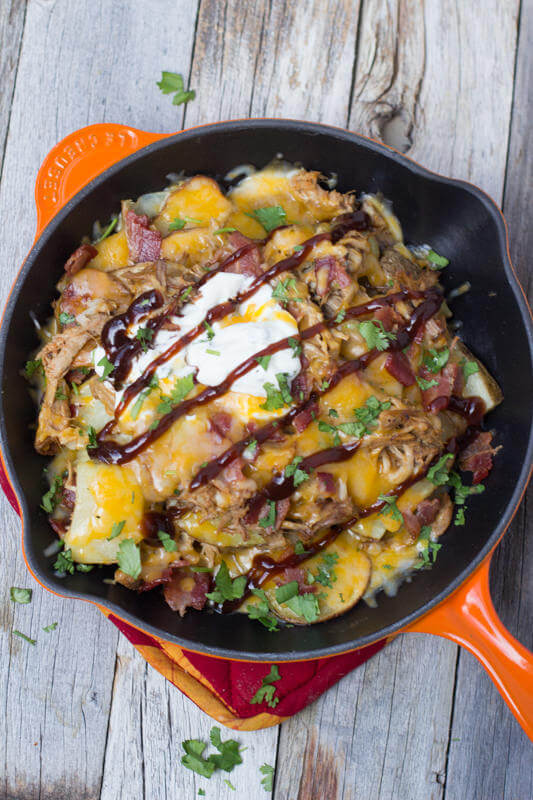 I love football. I don’t understand every call, I don’t know the stats or even most of the football players’ names, but I love football. I love the noise in the stands, the energy in the air, the sound of the team warming up, and the the smell of the food cooking. I love football. Secret fact, get ready this is a good one, I used to be in the marching band and the colorguard. It’s true. We even got to perform half time shows for the Oregon Ducks. Booyah. It was so fun. Dorky, but fun. Now I’m older and I may not be the halftime show, but I can keep the excitement in the air with some killer food. Which is why I signed on with the National Pork Board to bring you one awesomely delicious tailgating recipe. 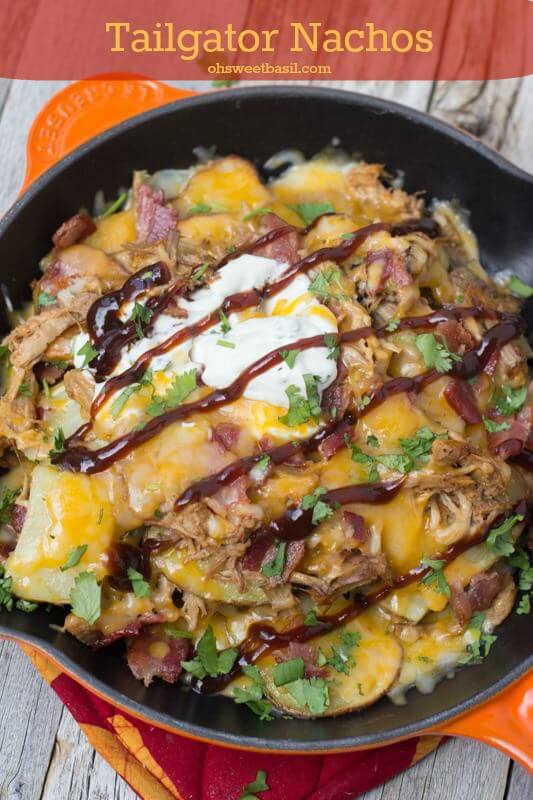 I know, you all are still stuck on the fact that I was in band. It was awesome, but it’s time to move on. Look into the nachos. Look into that melty, stringy cheese loaded with juicy pork and crispy bacon. Gosh, nachos and football are meant to be together. In fact, when I was younger my mom and I would go to my sister’s softball games and honestly, we loved watching her play, she was awesome, but our favorite part was the fake nachos. You know what I’m talkin’ about. Those round, thick, pretend chips slathered in pour-able cheese that you know came from a huge can. Why did we love it?! And why can I not resist when I see them again? 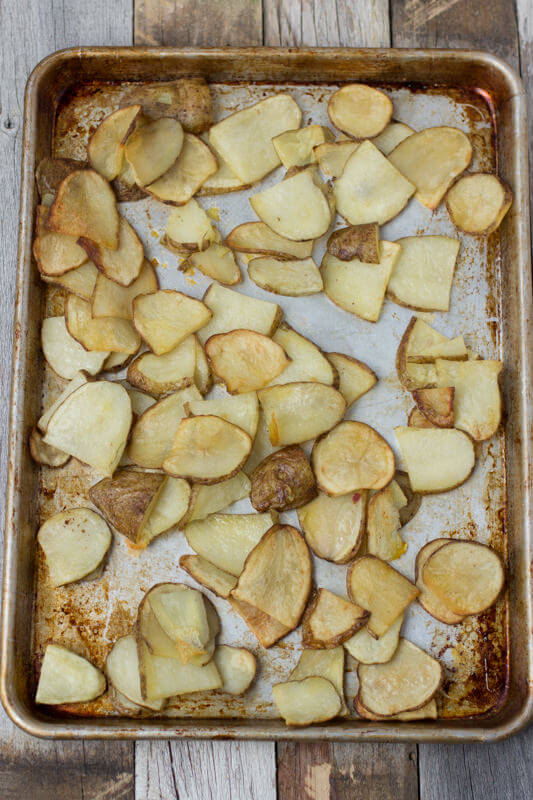 I haven’t seen “baseball nachos” in years, but last week we were at a school carnival and lo and behold, the nachos. Cade grabbed one and we totally stood by the blowup house and ate them. Every last one. I know!! It’s a little gross, I know. I can’t help it! The next day was football Saturday and I had nachos on my mind. But baseball nachos not only should be forgotten, sadly, but they aren’t meant for football. We needed something a little more hearty, warm and something that screams pig skins and football. Enter pork and potatoes. Wait, roasted potatoes. Slice em, toss with olive oil and roast until golden. 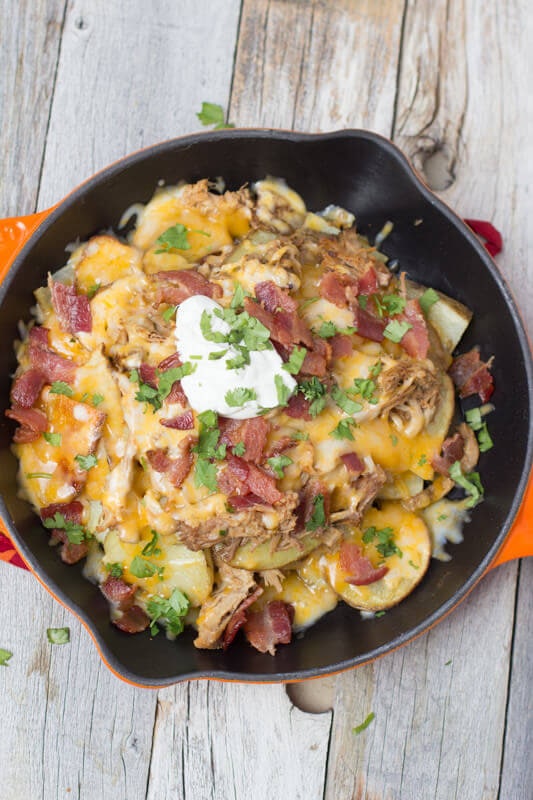 And then the pork. It’s easy. It’s delectable. It’s leftovers. Oh what?! Ok, you don’t have to do leftovers, but here’s why this is a great tailgate recipe. You can totally cook a pork shoulder/butt the day before, on low for 8 hours and then bring it to the party on warm in your slow cooker. OR! You can have it cooking all day in a low heat grill or again in a low slow cooker and eat it when it’s ready. Either way, it’s delicious. Bacon is easily cooked at home, potatoes roast, cheese shredded and cilantro chopped. Seriously, it’s perfect because you can still hang out and have fun without slaving over the food, and yet you still get something so delicious that everyone will be congratulating the cook! 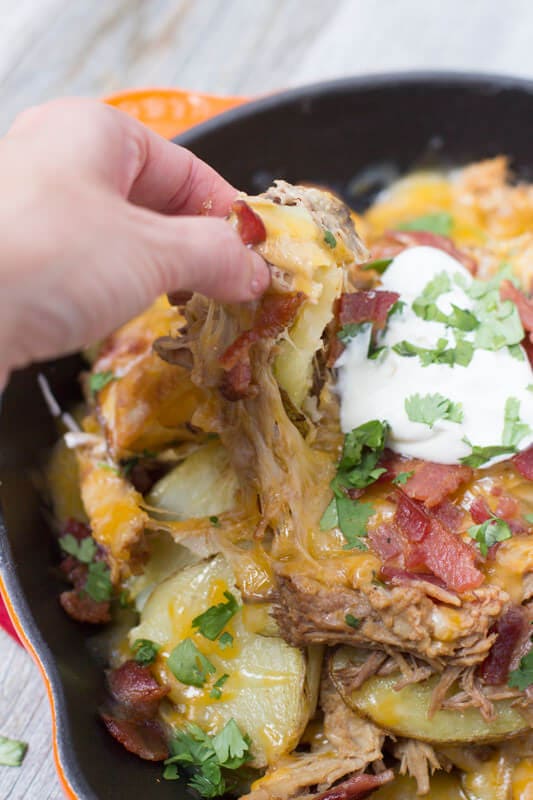 Don’t get me wrong, chip nachos are amazing. I love them. Chips, cheese, salsa, your mouth. It’s awesome. BUT, potato nachos are equal in a whole new way. I cannot even tell you how delicious roasted potatoes are with all of these toppings. I know it seems to basic, but there’s something magical about them. Dig in, shovel it in your mouth. 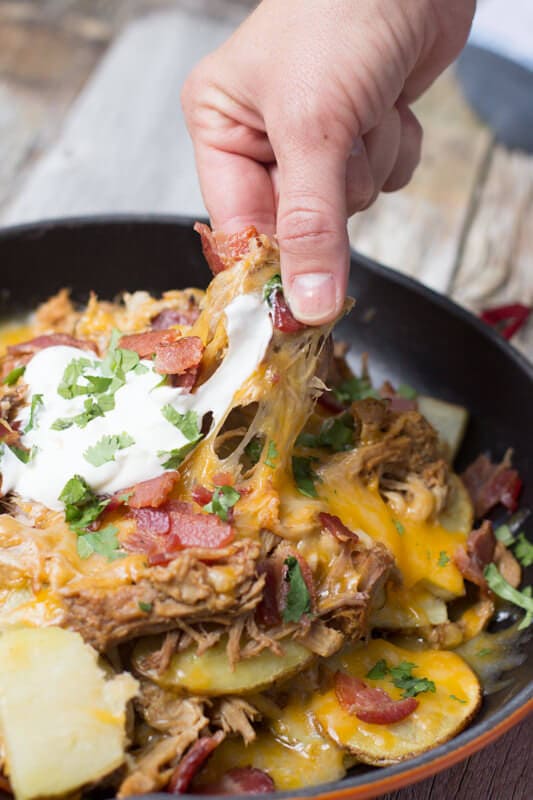 I mean come on! How could you not root for the South Carolina Game Cocks while eating this?! Or even BYU, though I am a fair weather fan even if we did graduate from there. SC all the way!!!! Gosh, these were good. I want them again. And I do have leftover pork…

I wanted to make sure to let you know that Kroger is throwing out some awesome deals (I love a good deal) and recipe ideas to help you have an awesome tailgating party. To celebrate the tailgating season, Kroger – the ultimate source for fresh pork deals and other tailgating essentials – is offering discounts on top pork cuts from chops and roasts to pork tenderloin and boneless loins. Just keep your eyes open for popular cuts when shopping the meat case and visit Kroger.com to view special offers exclusive to your area – there will also be new savings each week, so check back often! Kroger will also be featuring a new delicious game day pork recipe aligning with the weekly specials, to provide more party inspiration! Booyah! 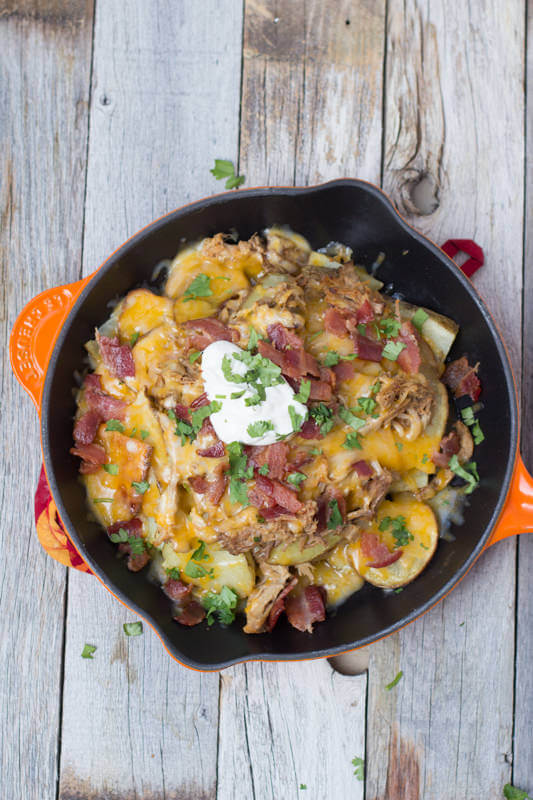 So tell me, what team will you be cheering on while you devour this skillet of porkaliciousness??!! And in case you need some awesome new ideas as well as you’re wanting a chance to pin to win all you have to do is repin one of the recipe images on Pork’s tailgating with Kroger  board  (this one would make a great repin and I’d certainly love you forever) with the hashtag #TailgatingWithPork for the chance to win 1 of 4 weekly prizes, in the form of $250 Kroger gift cards.

Can You Use Red Potatoes Instead of Russet for Baking?

You can substitute red potatoes for russets when baking.

Red potatoes are waxy and hold their shape better when cooked.

They will fry or bake as well as a russet.

What is Another Name for Pork Shoulder?

Boston butt, or pork butt, is the American name for a cut of pork that comes from the upper part of the shoulder.

What Can You Use Instead of Cilantro?

You can replace cilantro in a recipe with an equal amount of fresh parsley, tarragon, dill or a combination of the three. 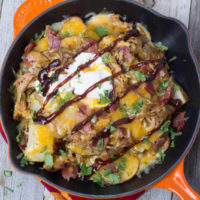 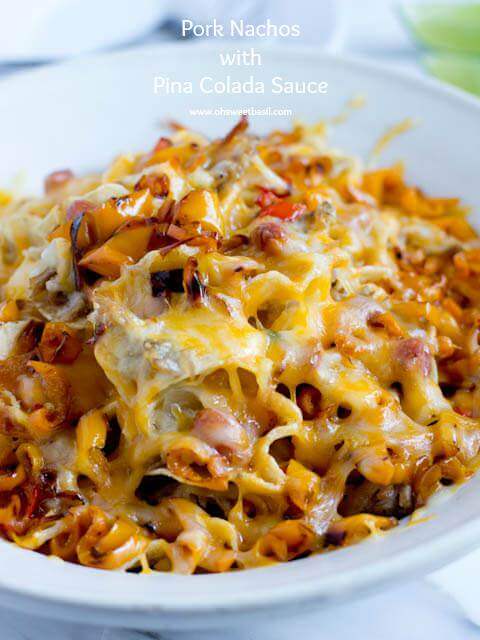 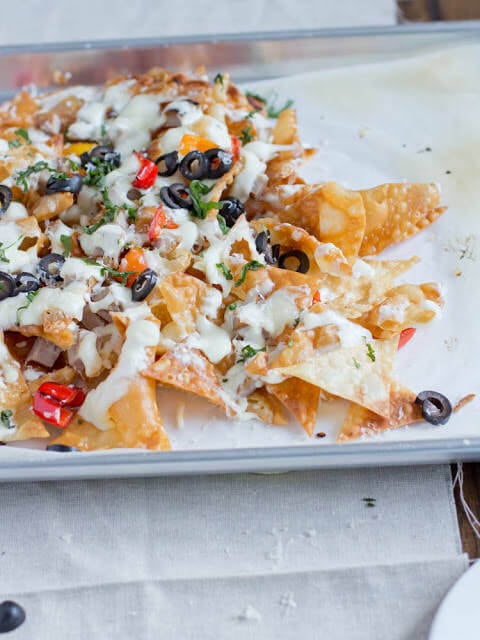 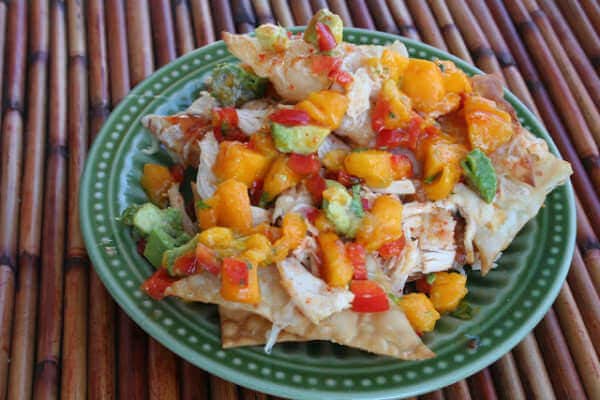 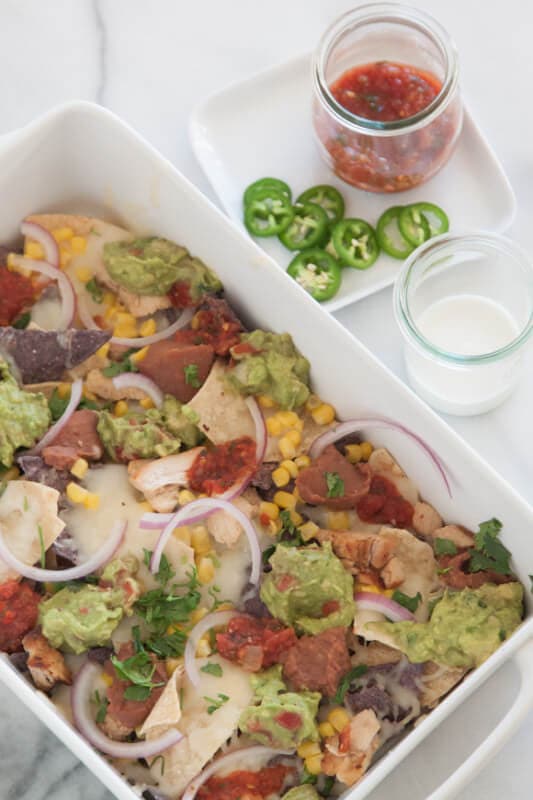