Why I Was The Problem In Our Marriage is a headline that has popped into my mind for over 6 months now. I’ve been too afraid to publish until now. 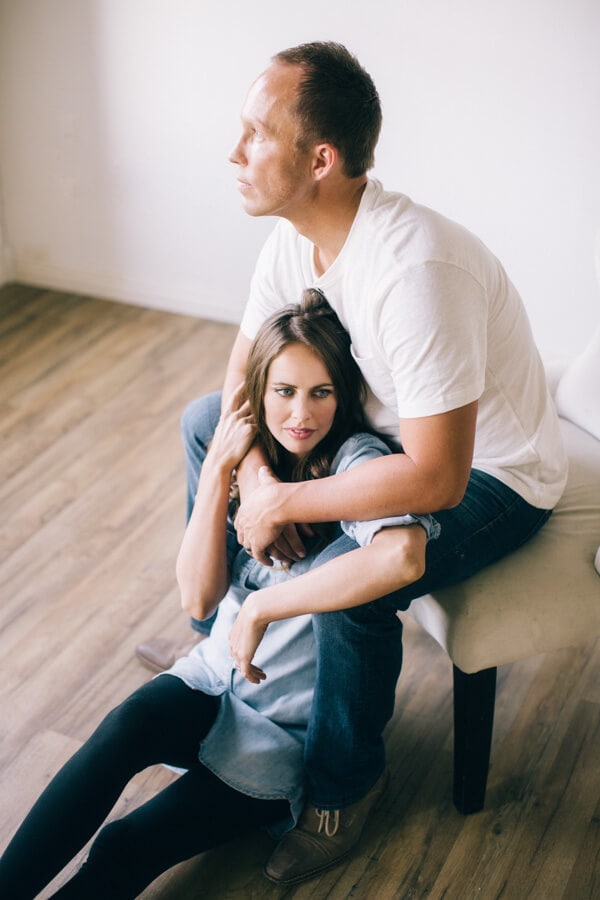 Cade and I have been married for almost 15 years. Aren’t we in our 20’s? Didn’t we just get married and where in the world did these three kids come from?! Sometimes in a marriage you may feel like you’re looking one way, working toward something while your significant other is gazing out the window, oblivious to what’s around him. Or so you think…

Putting on My Brave Pants

When we got married I never knew I’d be writing this post.

I never knew I’d be saying that as much as I love Cade, I didn’t marry the perfect guy. I mean, duh that should have been obvious but I only saw the good and couldn’t imagine getting bugged about anything. But here we are. 😉

I don’t want you to think I’m leading you to believe something that isn’t true, Cade and I are very happy. We get each other, work well with one another and really enjoy our time spent together, but that doesn’t mean we haven’t had times where we are just going through the motions or that we always get along perfectly. Of course we have stress and distractions that build up and we end up a little more snippy or annoyed. Heck, I’m sure we flat out bug each other, which is where this story starts. 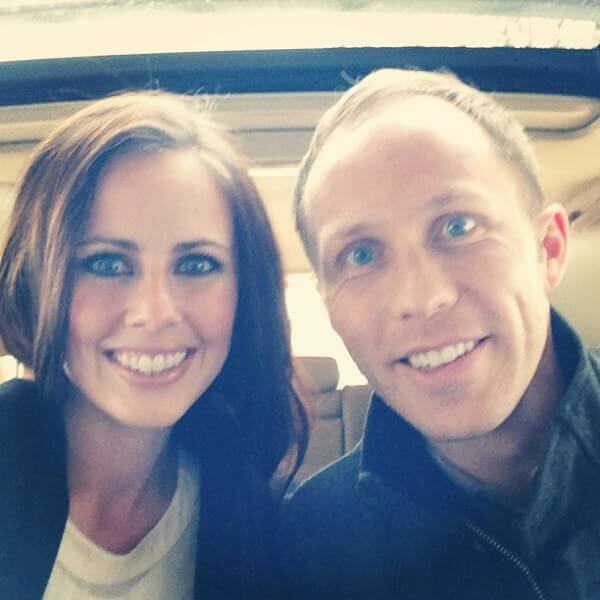 At one point I was really feeling the demands of this blog world. I needed help. We had deadlines for brands and our Oh Sweet Basil Cookbook that had to be met and because I do the photos it was all on my shoulders.

As the stress built I could feel the air get thick, I was busy and bugged, and Cade was clueless. He was playing in the playroom with the kids and suddenly I felt it, that snap of electricity zap me. I had a fire bursting through me and I was ready to let him know just how mad I was. 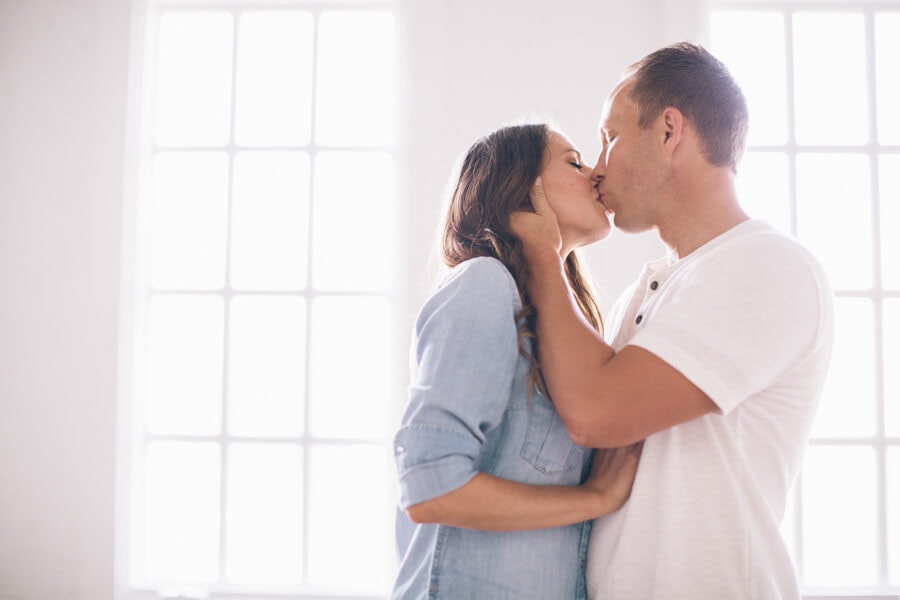 I dropped what I was doing and marched to the playroom where, with a look you all can imagine I’m sure, I proceeded to tell Cade that he was not being helpful and I really needed him to take notice of what’s going on and help out. Step up, man!

Ouch. I heard my words cut through the air like a sword and yet I still turned and walked away without fixing it. Cade later apologized and in fact, his exact words were, “I’ll try to be better. I am trying to be better. I know I can be, but I just get caught up sometimes. I’m sorry.”

He’s better than me in so many ways. 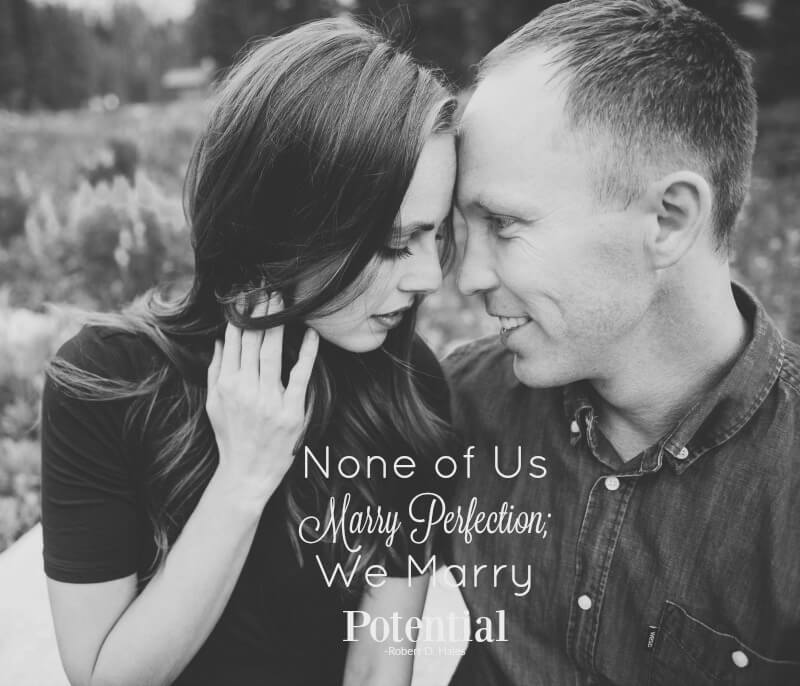 None Of Us Marry Perfection; We Marry Potential

A few weeks later I heard something that made me realize why I was the problem in our marriage in that moment.

In an address called, Meeting the Challenges of Today’s World Robert D. Hales taught, “None of us marry perfection; we marry potential.”  Did you get goosebumps? I did too.

I didn’t marry someone as perfect as I thought he was, (and yes I knew even then that he wasn’t truly perfect, just perfect for me) I married someone I knew I could grow with, the problem was that slowly I forgot that just like me, he’s working on becoming who he desires to be one day. Somewhere along the line we forget that and start to only see where the other is lacking.

It’s like a baby learning to walk. Our little guy was 15 months old and finally had a desire to really use those legs. He stumbled and fell all day long and do you know what we did?

We cheered for him!

He was trying and we wanted him to know that’s a good thing and that we love and support him.

I’m Not Going to Stop Cheering

This is where it all starts, seeing the person you married again.

I had allowed myself to see him as someone who was falling short instead of a man trying to move forward. Don’t you think our world would be different if we all saw each other for who we could become instead of who we are now? What if we saw the rowdy teenager as the brilliant musician they would become? The tired husband as the man who lovingly BATHES HIS WIFE every day because he’s just that devoted and pure in heart.

That’s what Cade needed, to know that not only did he have the potential but that I could see it.

I often find opportunities during the week to point out what Cade is doing right. If he is playing with the kids I mention how nice it is to be married to someone that wants his children to feel important. If he’s fixing something I compliment his mindfulness in what needs to be done around the house or his willingness to work hard even after a long day. If he’s not doing anything at all and could be, I still tell him I adore him and am grateful for how hard he worked all week.

In fact, I flat out, and often tell Cade that I see his potential. I tell him that I see the efforts he’s making to be a good employee, to be the type of husband that honors and respects his wife. I tell him that he’s got such amazing potential and that I’m grateful I get to take this journey with him.

And you know what it led to something that flat out shocked me.

I Still Ended Up Receiving More

Cade is easy going. Doesn’t gossip (he hates that) and often keeps things to himself, but the more love and encouragement I gave Cade the more I started to receive as well. Not overnight, I mean, men are wonderful but they are also a little slower at times. 😉 But with time, in his own way I noticed that Cade was complimenting and encouraging me right back. Our stressful months of cookbook work turned into such joy.

Men and women, both sexes need to hear words of affirmation. Whether or not we admit it we all want to feel like we are better than we were yesterday, more successful than last year and happier than ever.

Whether you’re like us and feeling happy in your marriage but always looking to make effort and stay in love or if you’re like the many friends and readers that tell us that their marriages are crumbling and there isn’t hope, well there is.

You’d be surprised how often something scratches you only because it needs a little gentle care to soften it up. And once you do, you get all of that softness back 100 fold.