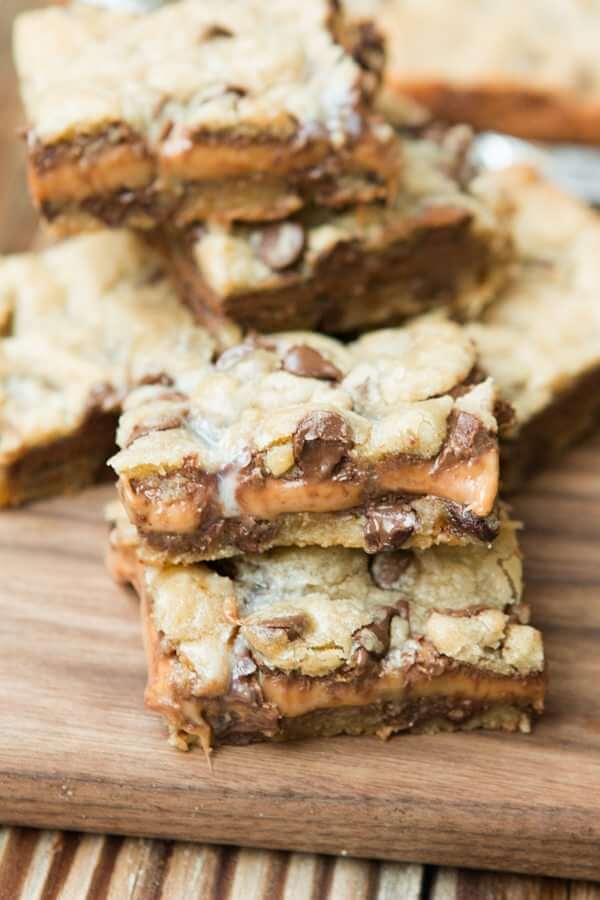 When I made the mudslide blondies I had a moment of inspiration and tossed some rolos into the pan. As I popped them into the oven I immediately regretted it. What was I thinking? Rolo blondies? They were going to be way too sweet! 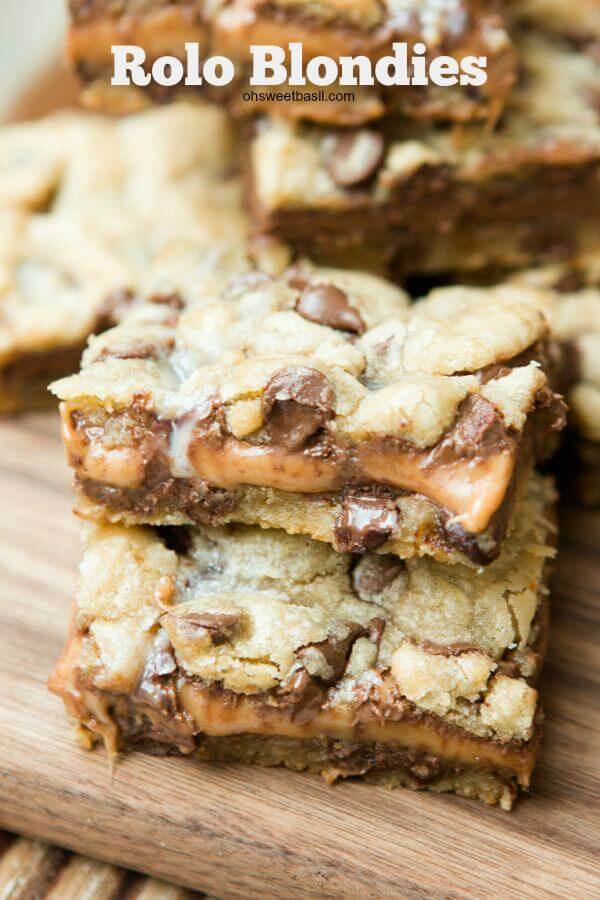 And I bet you can guess which side of the pan ended up being my favorite. Yup, the rolo blondies. Are they sweet? Well, yes but it’s dessert, so that’s expected. The caramel was awesome though! It really did end up making the brownies or blondies if you will, even better. 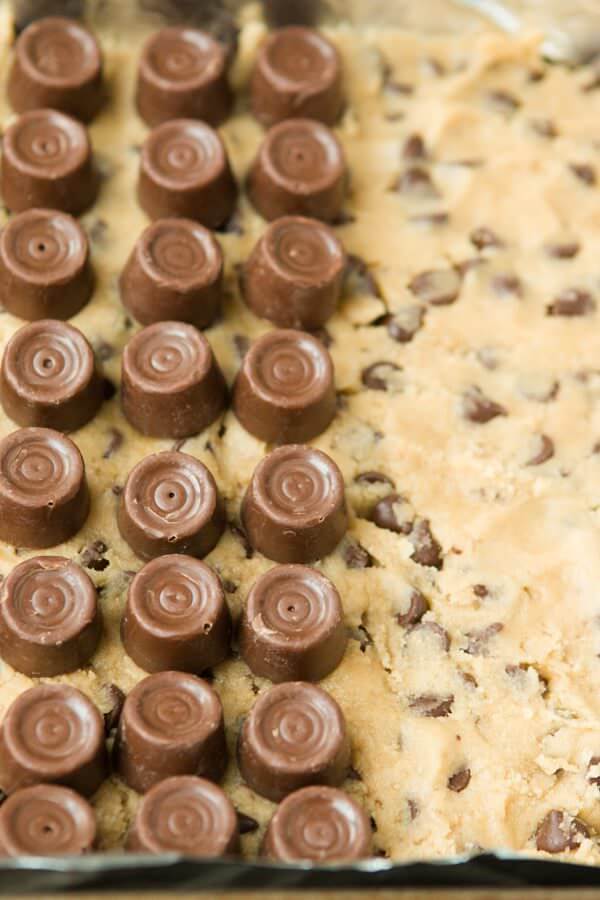 We sat around all evening playing the 100 game and chowing on brownies. Cade and the girls chose to eat their’s warm with ice cream, but I was taking it easy since I had already eaten a pound of the dang things on their own. And before I forget, have you played the 100 game? I have no clue what it’s real name is, but Jamie our friend’s sister taught us and we’ve been sold ever since. Grab your di, and give everyone a piece of paper. Place a pen in the middle of the table and choose a number, 1-6. Now everyone takes a turn rolling the di and if you get the number (let’s say it’s 2) you start writing 1-100 on your paper as everyone continues rolling. Whoever gets 2 next steals the pen from you and starts writing. It’s nuts! It’s such a simple game but you’ll find yourself flinging your entire body across the table just so you can snag that dang pen and finish writing. IT’S SO FUN!!!!

A blondie is a rich, sweet dessert bar.

It resembles a chocolate brownie, but substitutes vanilla for the cocoa, and usually contains brown sugar.

How Long Will Blondies Keep?

Store blondies, tightly wrapped or in an airtight container for 3 days at room temperature.

Blondies will keep for 1 week in the refrigerator or up to 3 months in the freezer.

How Do You Know When Blondies Are Done?

You can tell if blondies are done when they start to pull away from the pan and turn a rich golden shade.

To test them, stick a fork in the center and and see if it comes out clean. 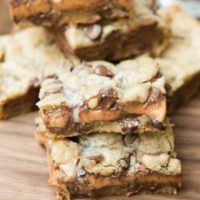 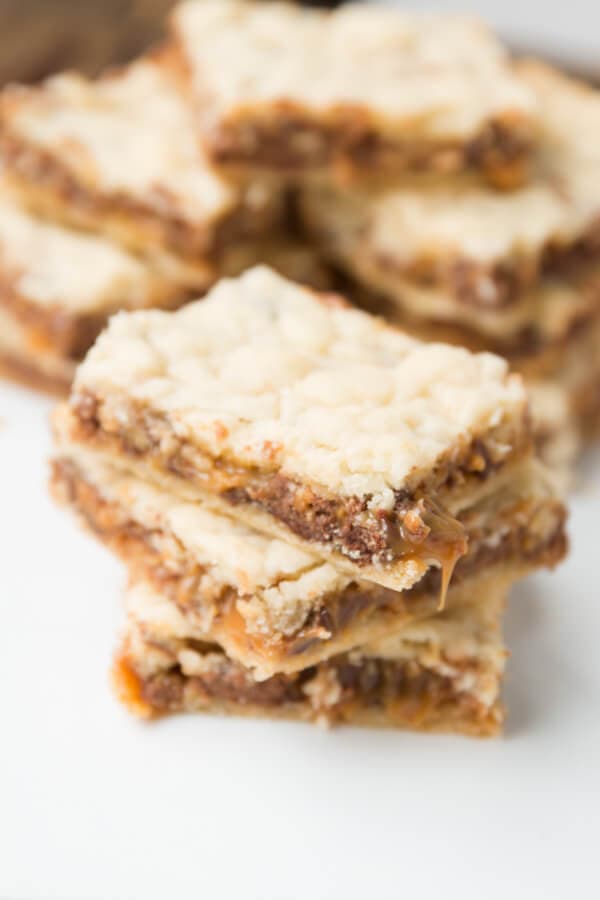 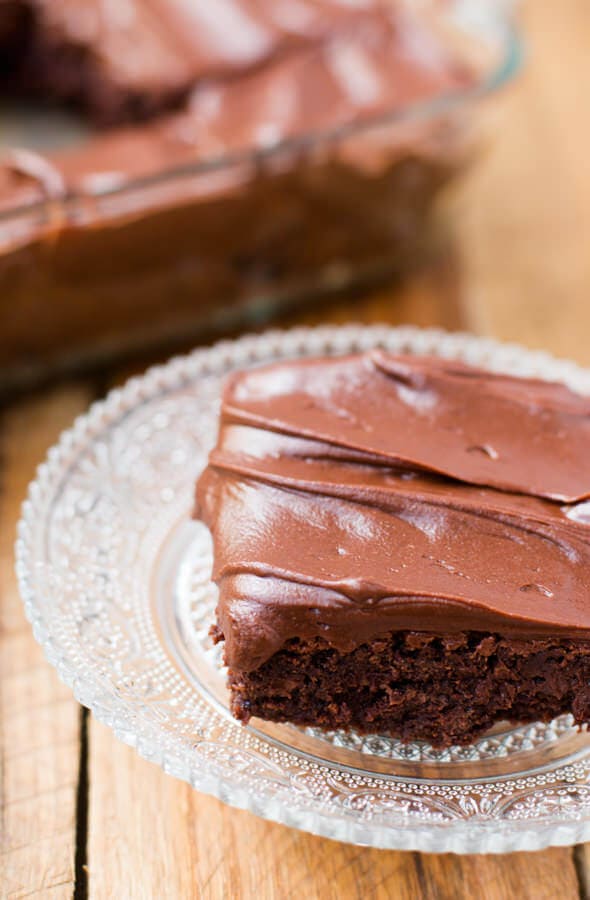