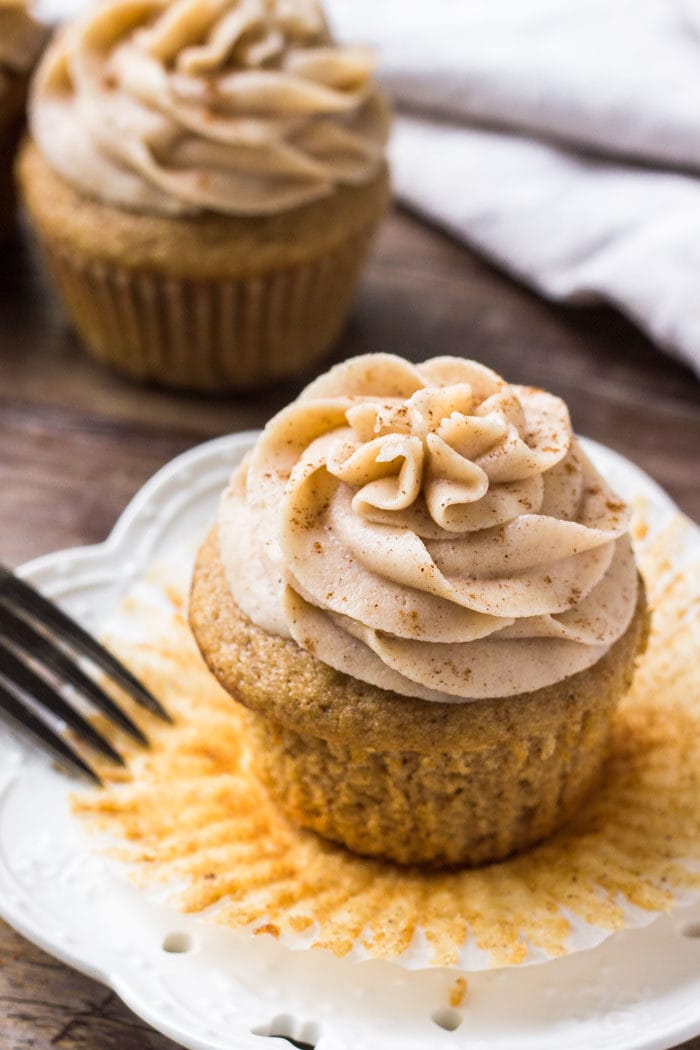 Fall is officially here – which means that I’ve been craving everything cozy.

Warm sweaters, heavy blankets, and all kinds of fall treats. That’s exactly where the idea for these spice cake cupcakes with cinnamon cream cheese frosting came from. They have a delicious cinnamon spice flavor with warm brown sugar and a soft cupcake crumb.

I know that normally when people think of fall flavors – they opt for apple, pumpkin, or even pecan. But after trying these spice cake cupcakes, you’ll definitely agree that they taste like fall. The combo of brown sugar, vanilla, cinnamon and nutmeg creates this delicious warm and cozy flavor that’s not too sweet and so delicious. 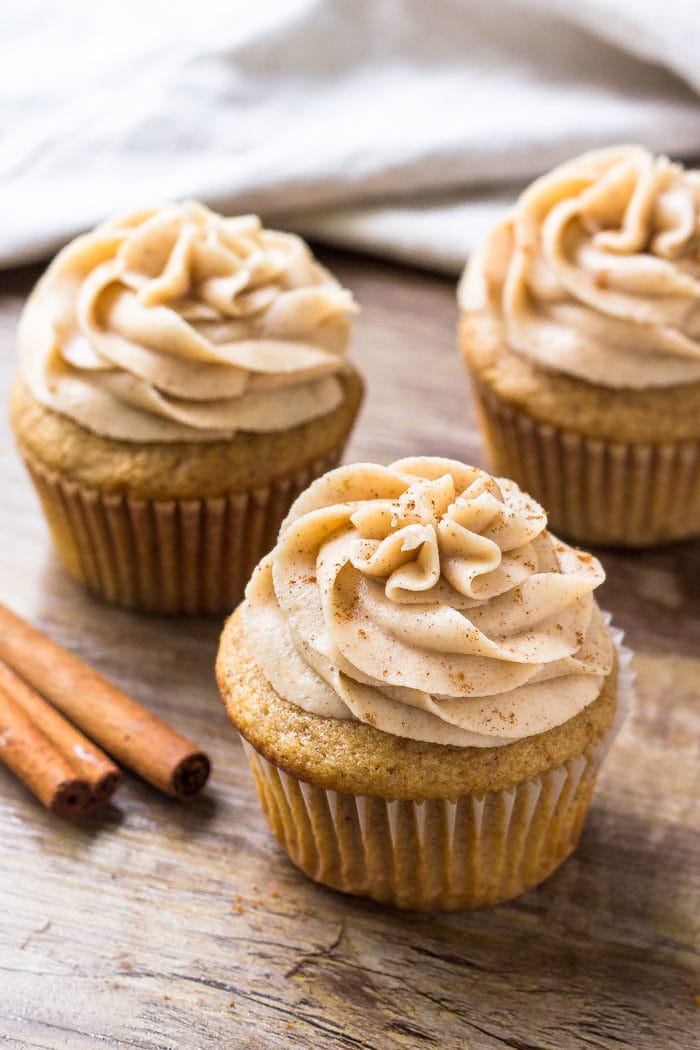 Normally, spice cake is known for being dense and moist. I knew that I wanted these spice cake cupcakes to be super moist – but I didn’t want them to be too dense since cupcakes should have a more delicate crumb. To get the perfect texture we’re using: 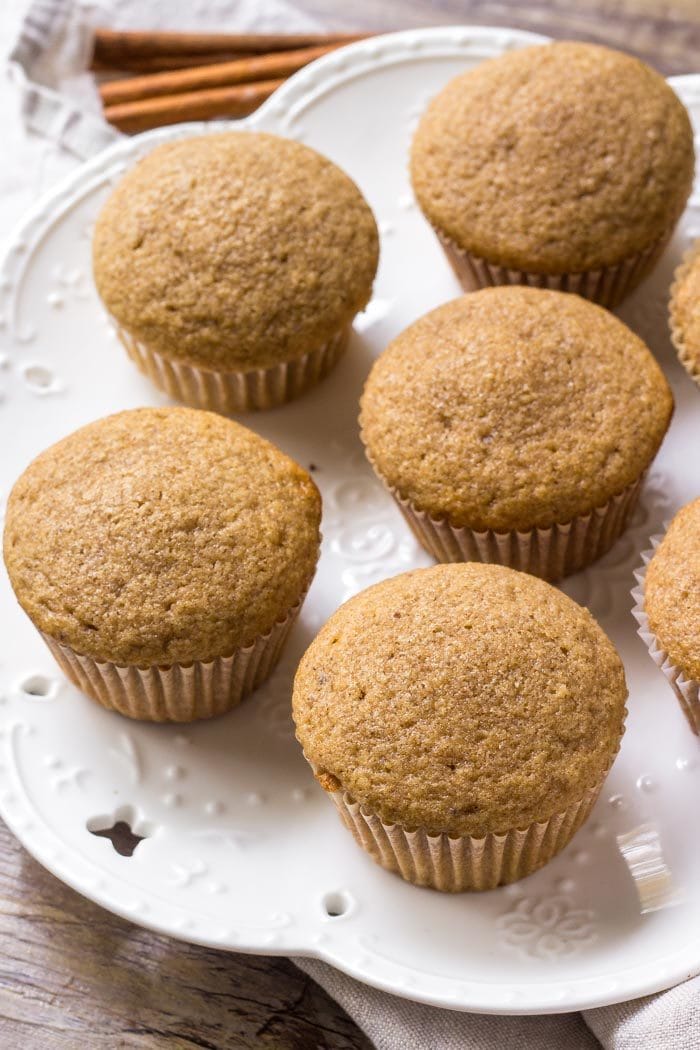 Then the delicious spice cake flavor comes from using brown sugar, vanilla extract and our spice combo. We’re using cinnamon, ginger powder, nutmeg and cloves for this recipe. The spice cake flavor is delicious but it’s not too overpowering which was key for me! 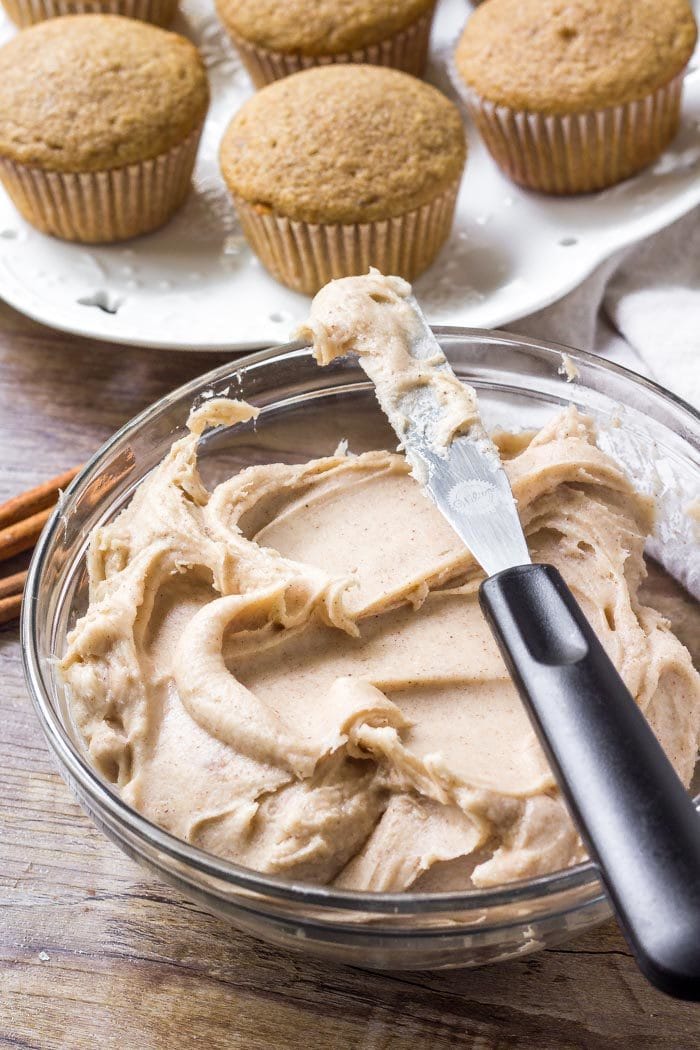 As much as I LOVE the spice cake cupcakes – it’s the cinnamon cream cheese frosting that’s my favorite part. It’s creamy, slightly tangy, and filled with cinnamon sugar goodness. I love it because it isn’t as sweet as a lot of other frosting recipes thanks to the cream cheese, and it has such a delicious cinnamon flavor.

Can I Use Low Fat Cream Cheese in Frosting?

Make sure to use full-fat, brick style cream cheese so that your frosting is thick and creamy. Then you can either pipe the frosting onto each cupcake using a piping bag (I used a 1M tip or a round tip works perfectly too), or frost them with a knife. 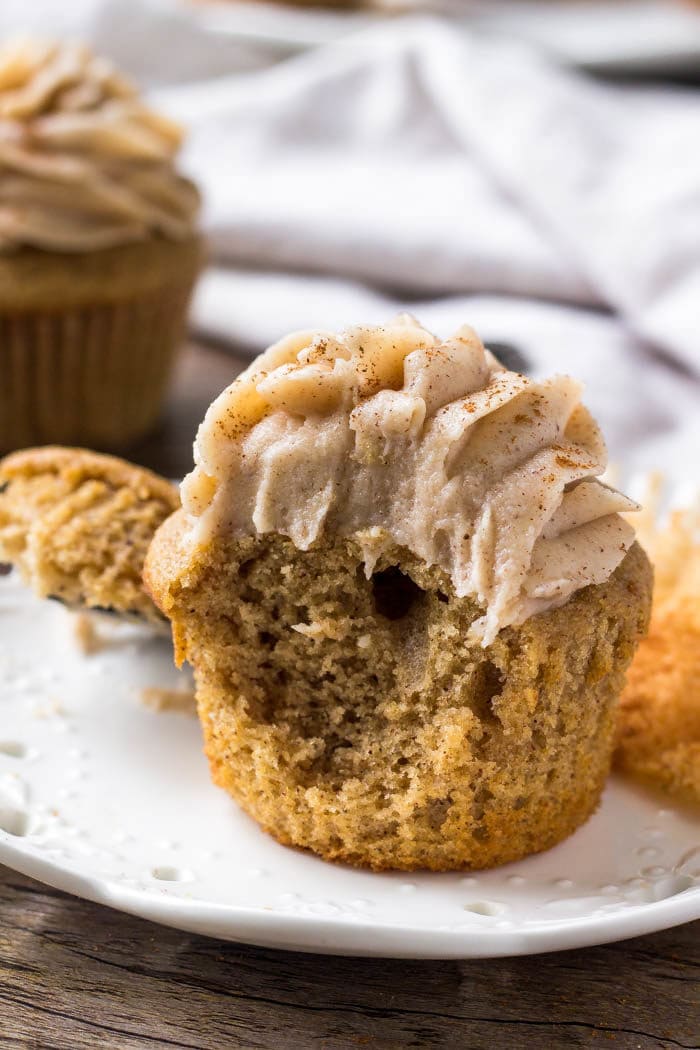 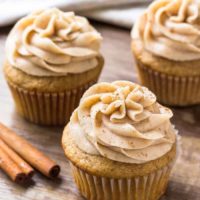 Cinnamon filled spice cake with maple frosting is the perfect cozy cake recipe that smells delicious and tastes even better! 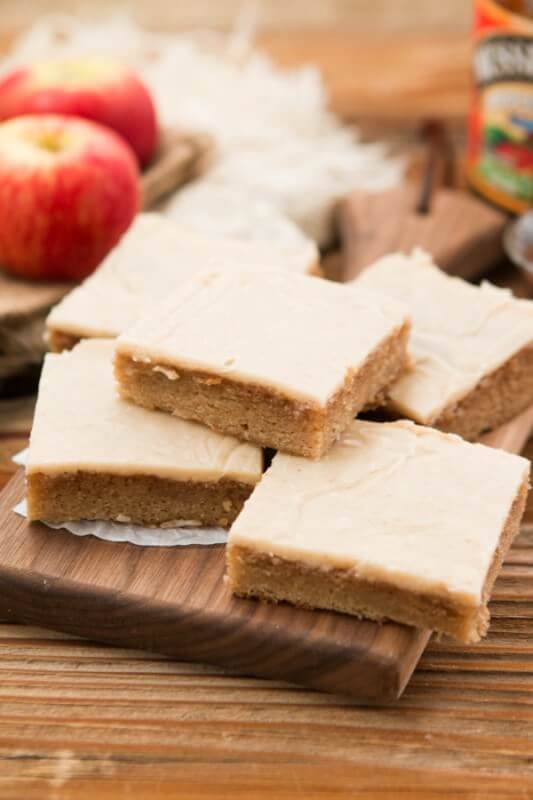 Moist apple cupcakes that are filled with cinnamon and brown sugar, then topped with fluffy, tangy cream cheese frosting! 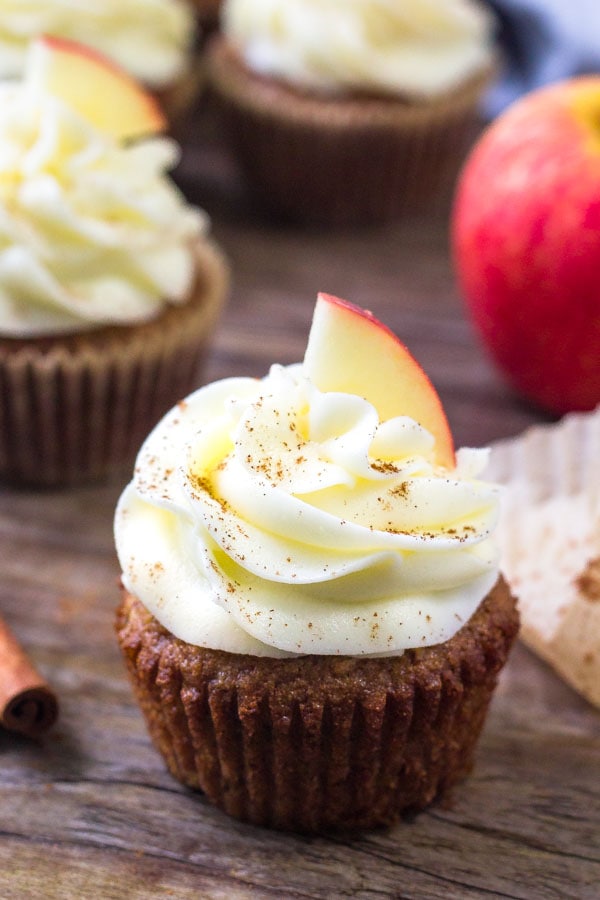