There’s nothing better than carbs and this lemon chicken caesar panzanella salad is the best salad I’ve had all summer. Plus there’s a hint of lemon!

Panzanella is a type of Tuscan salad made with anchovies, chopped salad vegetables, and bread soaked in dressing. 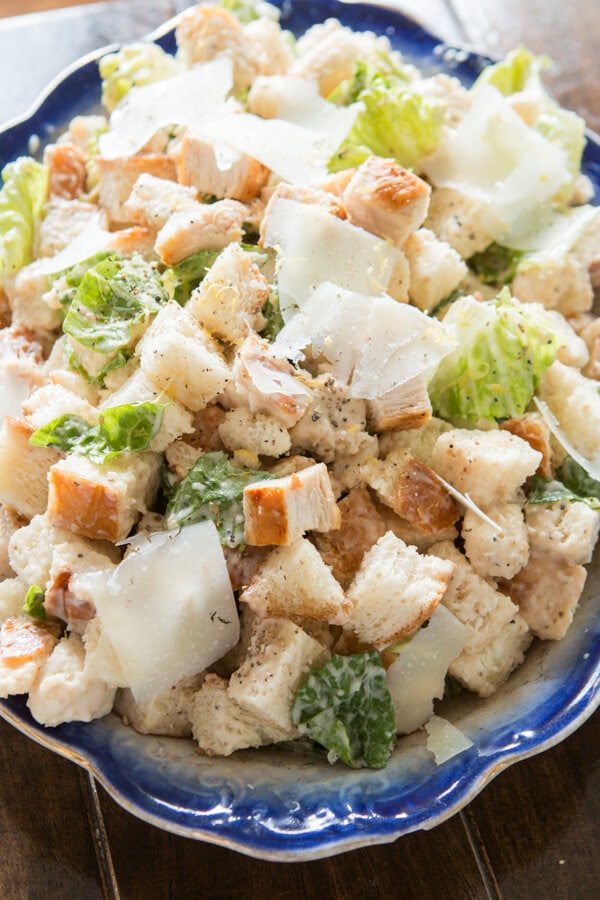 Summer is all about sunshine, no schedule, lazy evenings and in my humble opinion, lots of good food. I love summer food and this is definitely the time of year that Cade loves to get inspired with food the most. Me too, of course, I mean who doesn’t enjoy a beautiful farmers market packet full of fresh produce, homemade goodies and lately food trucks galore.

I know, everyone’s probably getting a little tired of food truck talk but I love it. People are going after their dreams and making things happen. So cool! Cade and I recently had a really yummy chicken caesar salad and you guys, there was lemon zest all throughout it! It was bright, light, summery and so fresh. We also saw this blackened salmon Caesar salad so Cade insists we try it next. 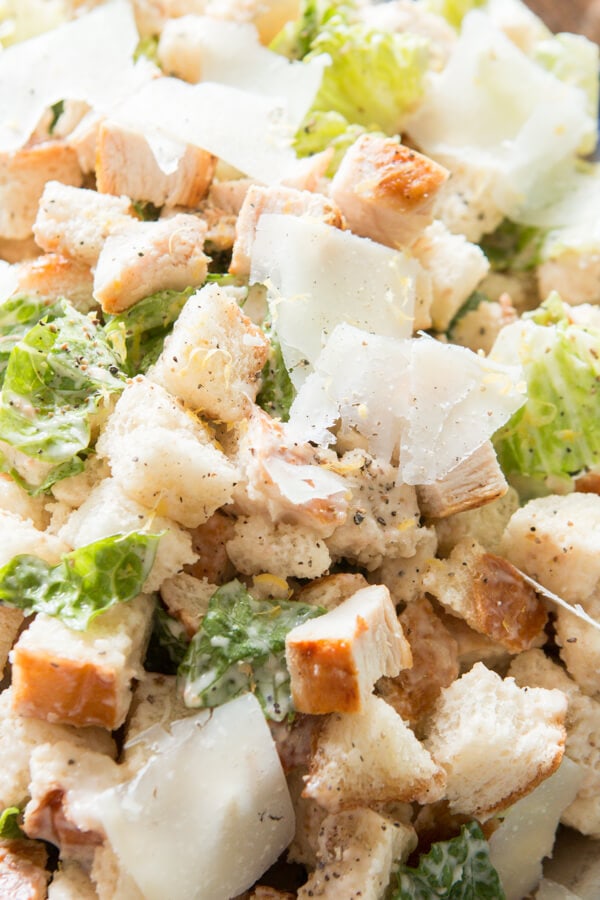 Cade asked me if I could recreate a lemon chicken Caesar salad at home but while I was cooking up the croutons I got all excited about all of that bread and let myself get a tad carried away. A simple caesar salad turned into the most amazing lemon chicken Caesar panzanella salad and we are officially calling it the best salad of 2017. Period. Until we make this Fusilli Caesar salad and then it may be in a tie because pasts is sooooo one of our favorites.

How Do You Make Croutons?

Buy some great bread and let it sit on the counter for a few days, chop it up, drizzle with olive oil and bake it until crisp.

We like to add a sprinkle of salt too.

Like seriously, you can’t rush it because it will be a soggy salad if you allow it to be even a little warm.

While it’s cooling go ahead and grill up your chicken breasts.

Allow this to cool and place in the fridge, covered.

And if you’re making homemade croutons why don’t you throw yourself into the kitchen and make this crazy yummy homemade Caesar dressing too! I love how thick and creamy it looks. 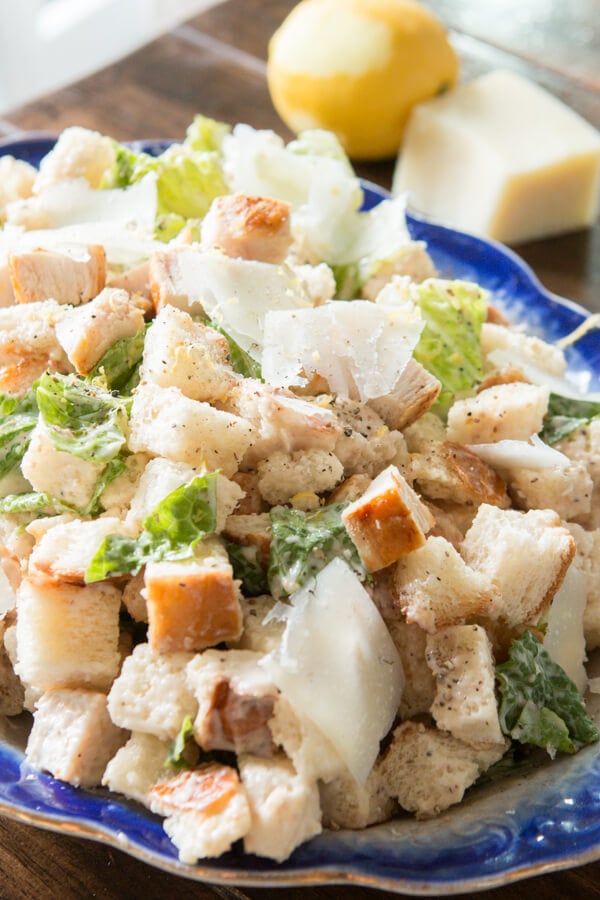 When you’re ready to assemble chop up the cold chicken, some Romaine lettuce for a nice, fresh crunch, and zest 1 lemon. Toss the bread, chicken and lettuce with a squeeze of lemon, zest, a drizzle of olive oil and the Caesar dressing. Now top with shavings of parmesan cheese and a crack of fresh black pepper and plop the whole bowl back in the fridge. Yes, you can eat it immediately, but it actually tastes even better an hour or two later. Too much longer and it will slowly start to break down but that bread holds up pretty nicely so don’t stress. 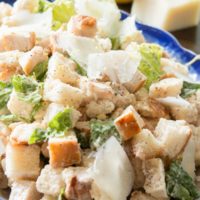 No ratings yet
Prep Time: 1 hour
Cook Time: 15 minutes
Total Time: 1 hour 15 minutes
Servings: 6 -8
Save Recipe Print Recipe
There's nothing better than carbs and this lemon chicken caesar panzanella salad is the best salad I've had all summer. Plus there's a hint of lemon!

One of our favorite recipes when company is coming to dinner is this simple Teriyaki Chicken Salad recipe. 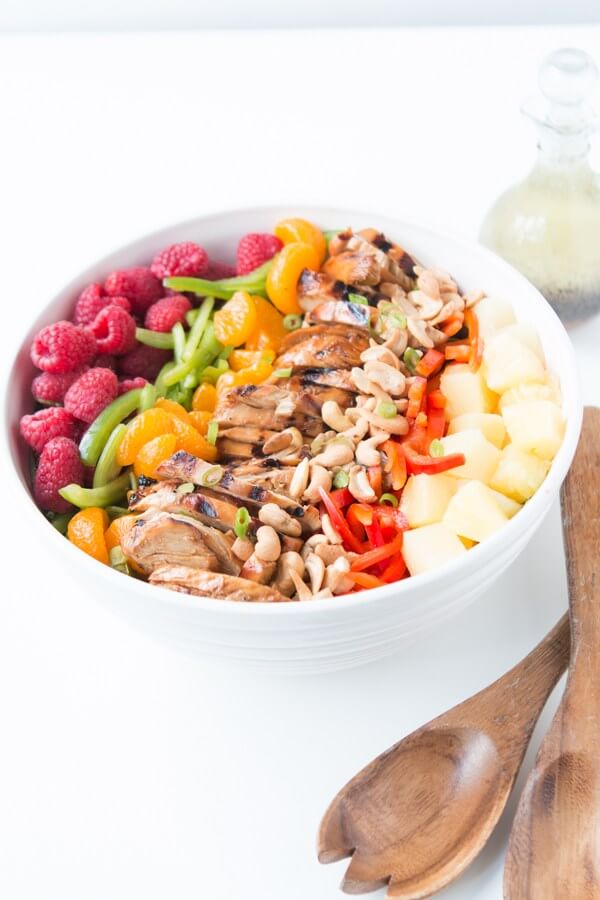