We love the simplicity of a butterflake roll, but toss in a thick cinnamon mixture and a sweet maple glaze and forget about the normal rolls, we’re talking a mashup between cinnamon rolls and maple bars!! It’s the new creation, Maple Glazed Cinnamon Butterflake Rolls! 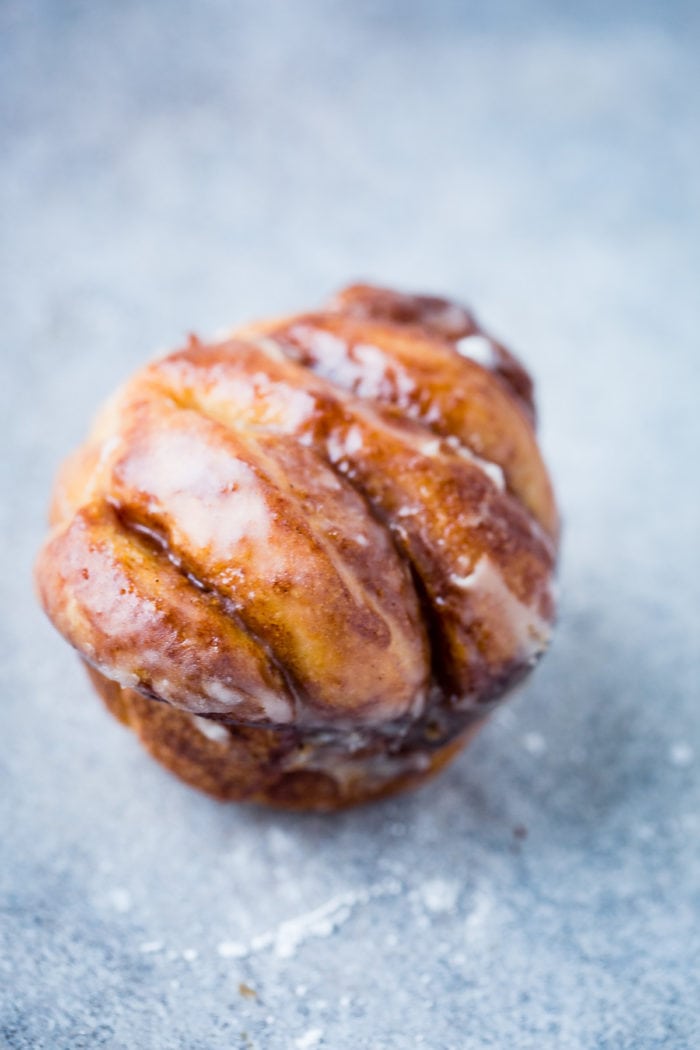 These Maple Glazed Cinnamon Butterflake Rolls have two options, a heavy maple glaze like a maple bar, or a very light glaze if you’re looking for something that isn’t as rich. Both are delicious, but for the lighter glaze just use more liquid and a stitch less maple extract.

Our kids love to make these with me but the kitchen shears snipping through the dough with little fingers around does make me a little nervous with our younger children, so we have a deal. I do all the cutting and they get to get their hands all sticky and messy by rubbing the butter cinnamon mixture all over the rolls before we bake them.

Our kids are all different so one carefully uses her fingers to coat the rolls while another uses a brush because heaven forbid the hands get dirty. 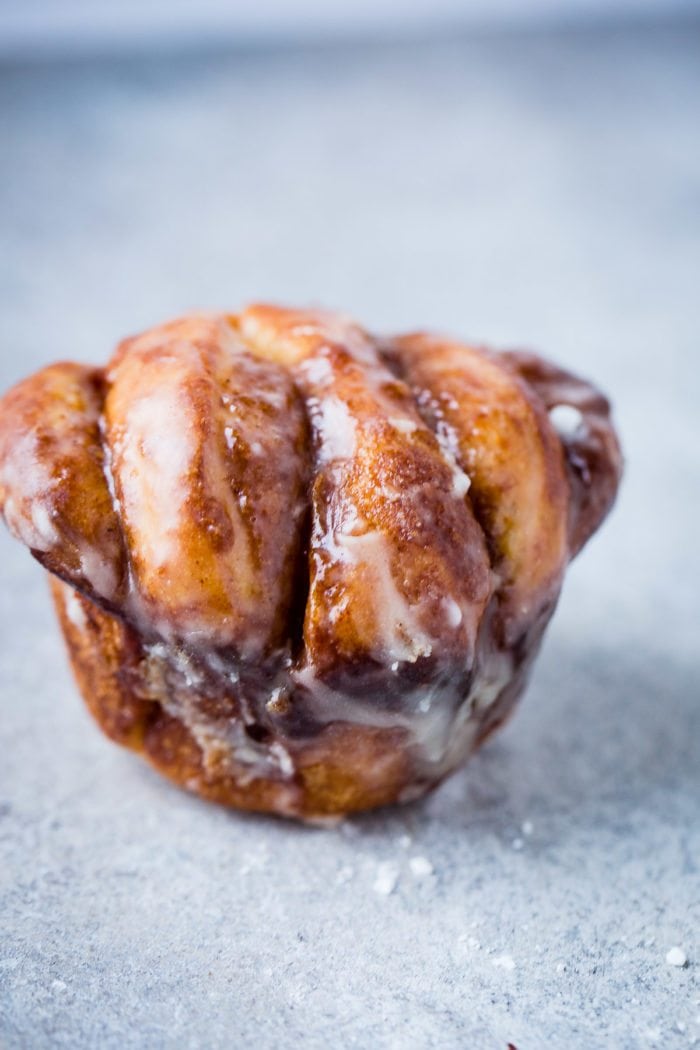 How to Bake with Rhodes Rolls

Rhodes rolls are such an easy hack for baking but a few get a little flustered because although they don’t have to make the dough they end up short on time still. That’s because the rolls still need to sit out and rise. It is frozen dough, so please make sure you account for that time.

Once the rolls have become soft and fluffy you can proceed with the recipe, but they will need to do a final rise before they hit the oven. Don’t panic, I love recipes like this for a reason.

When everything is hanging out, doubling in size I hunker down and get so much stuff done.  Just because bread takes all day, doesn’t mean that you’re standing there all day. In fact, it’s the best specifically because you have hardly any time just in the kitchen. 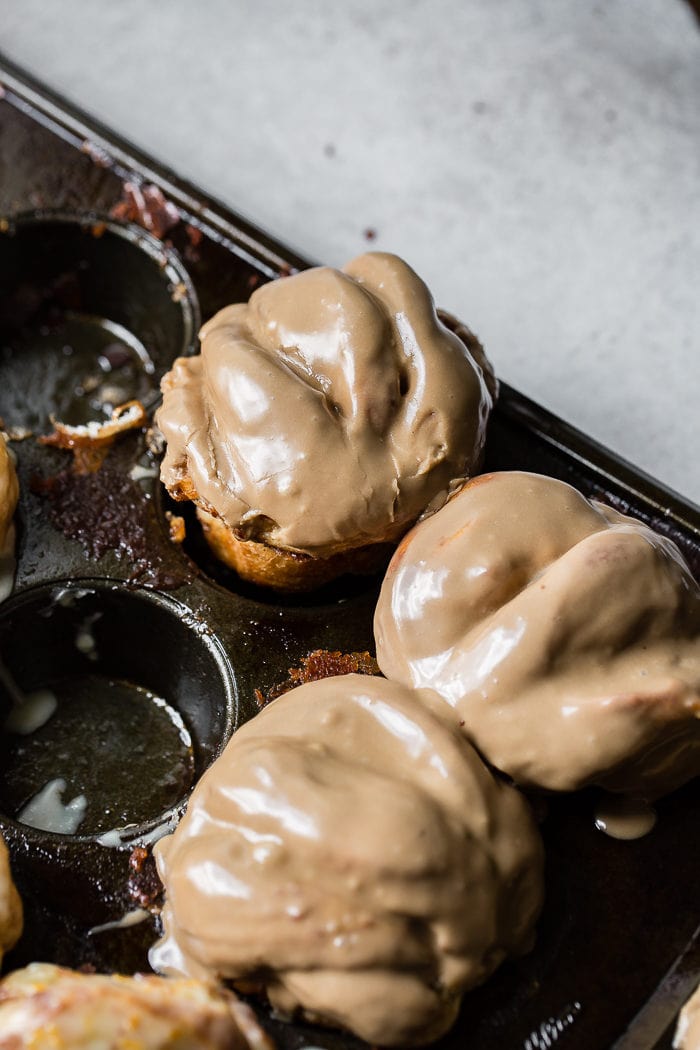 The maple glaze is just like a maple bar. I’ve found that heavy cream is best, but milk totally works in a pinch.  I think the key to a good maple glaze is a good maple extract so don’t be so quick to buy the cheapest. It totally doesn’t have to be the most expensive, but it should have good flavor and smell.

You can make your glaze as thick or as thin as you’d like. It kind of depends on my mood. Sometimes we want these more like dessert and we make it thick like a maple bar, while other times it’s going alongside a winter savory meal and we thin things out.

No matter how you make the maple glaze these maple glazed cinnamon butterflake rolls your guests are going to be cheering your name by the end of the night. Heck, even if it’s just your spouse that’s worth it. Maybe he will even run some errands and clean the house for you while you sit and read your favorite book. Maybe… 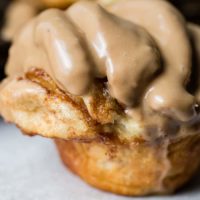 Oh how we love this apple pull apart bread with maple glaze! It is sweet, simple, and tastes like home made pie in bread form! 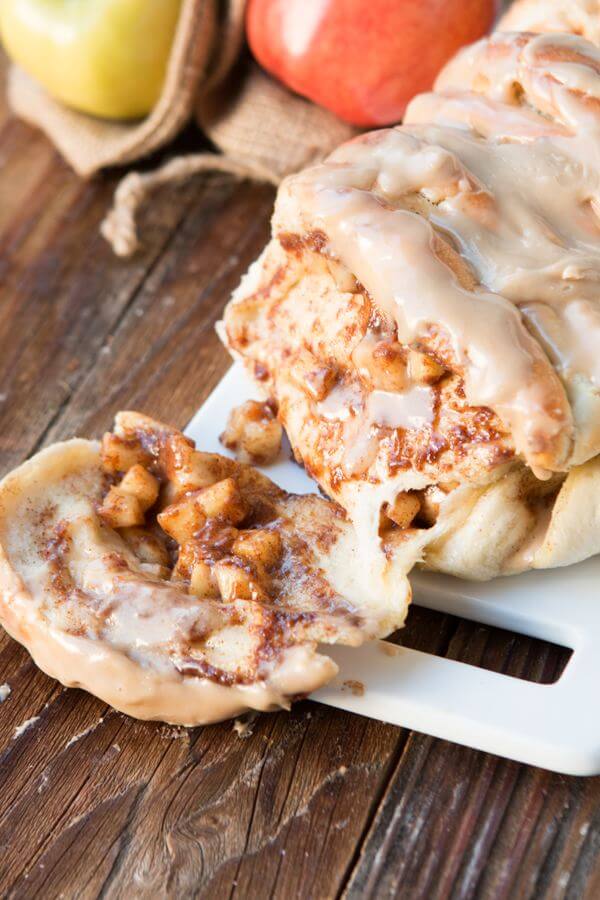