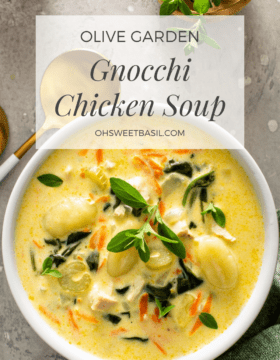 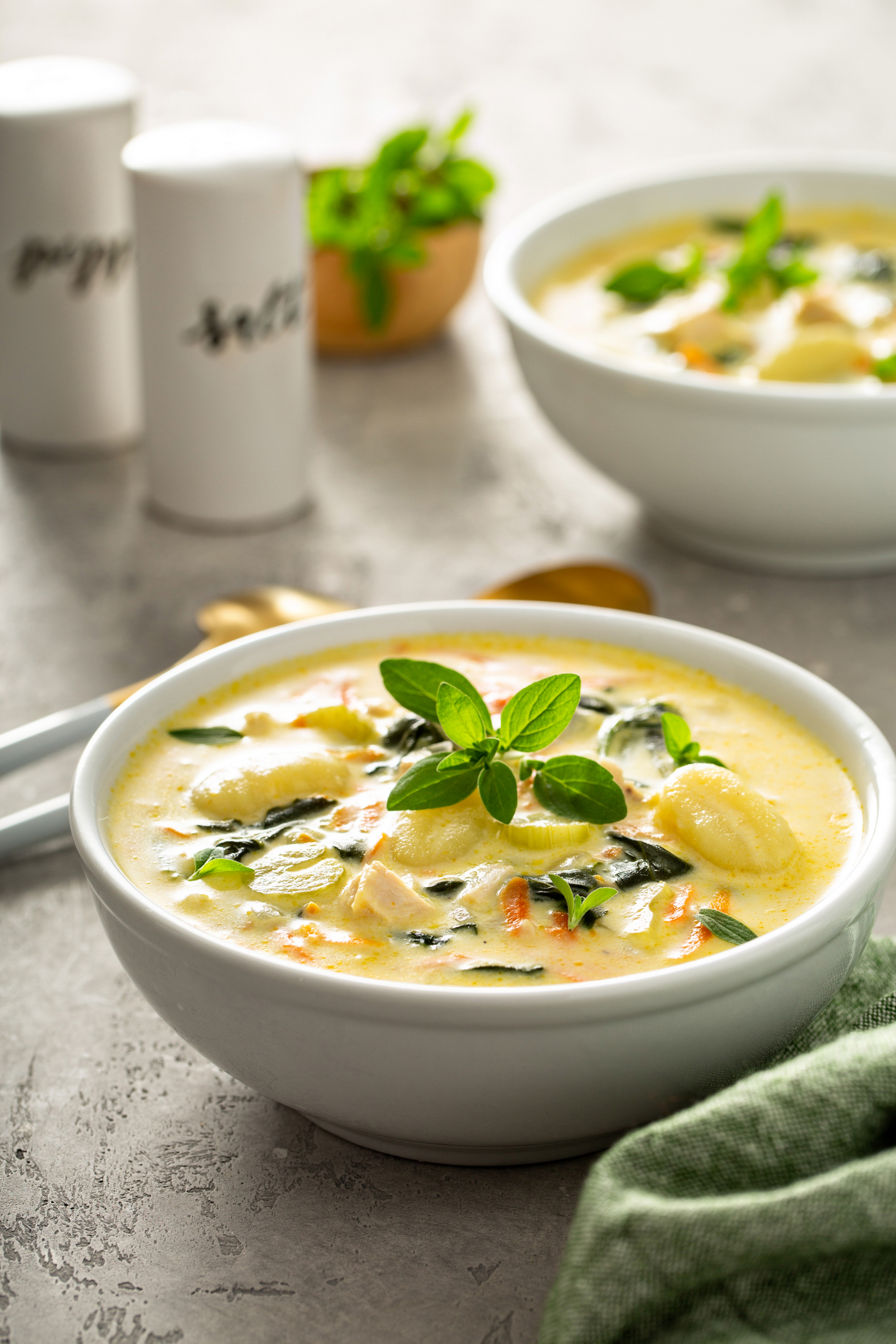 This is a chicken soup recipe created as a copycat to the Olive Garden Chicken and Gnocchi Soup that everyone is obsessed with. And!!! It only takes about 30 minutes! Thank heavens too because I am worn out from cooking so much this year!

This creamy chicken gnocchi soup is filled with gnocchi dumplings, chunks of chicken, spinach, and carrots — and it’s all loaded up in a rich and creamy broth!

After trying this soup, you should make a Zuppa Toscana soup as well. It’s so good! 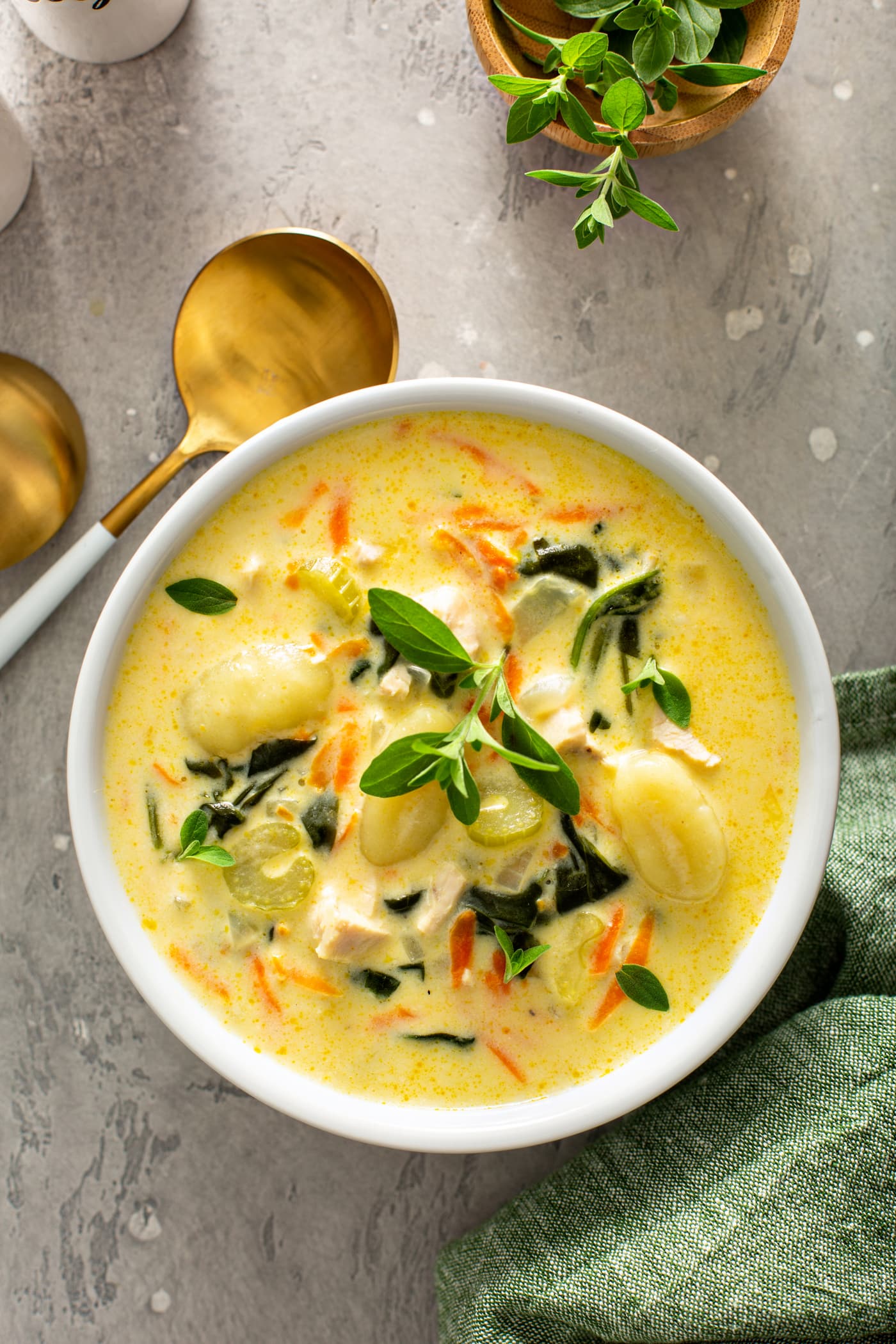 This chicken gnocchi soup from Olive Garden is probably one of the best chicken soup recipes I’ve ever had. One time is all you need to fall in love with those yummy pieces of chicken in that creamy broth.

Chicken and Gnocchi Soup is the officially one of my favorite things to warm up with from the inside out and deliver to an unsuspecting friend.

There’s nothing better than having dinner show up on your door!

By the time this post publishes, I don’t know if Olive Garden will be open with the Covid quarantine happening (praying it is!). If not, have no fear because you can make a copycat Olive Garden Gnocchi Chicken Soup at home! 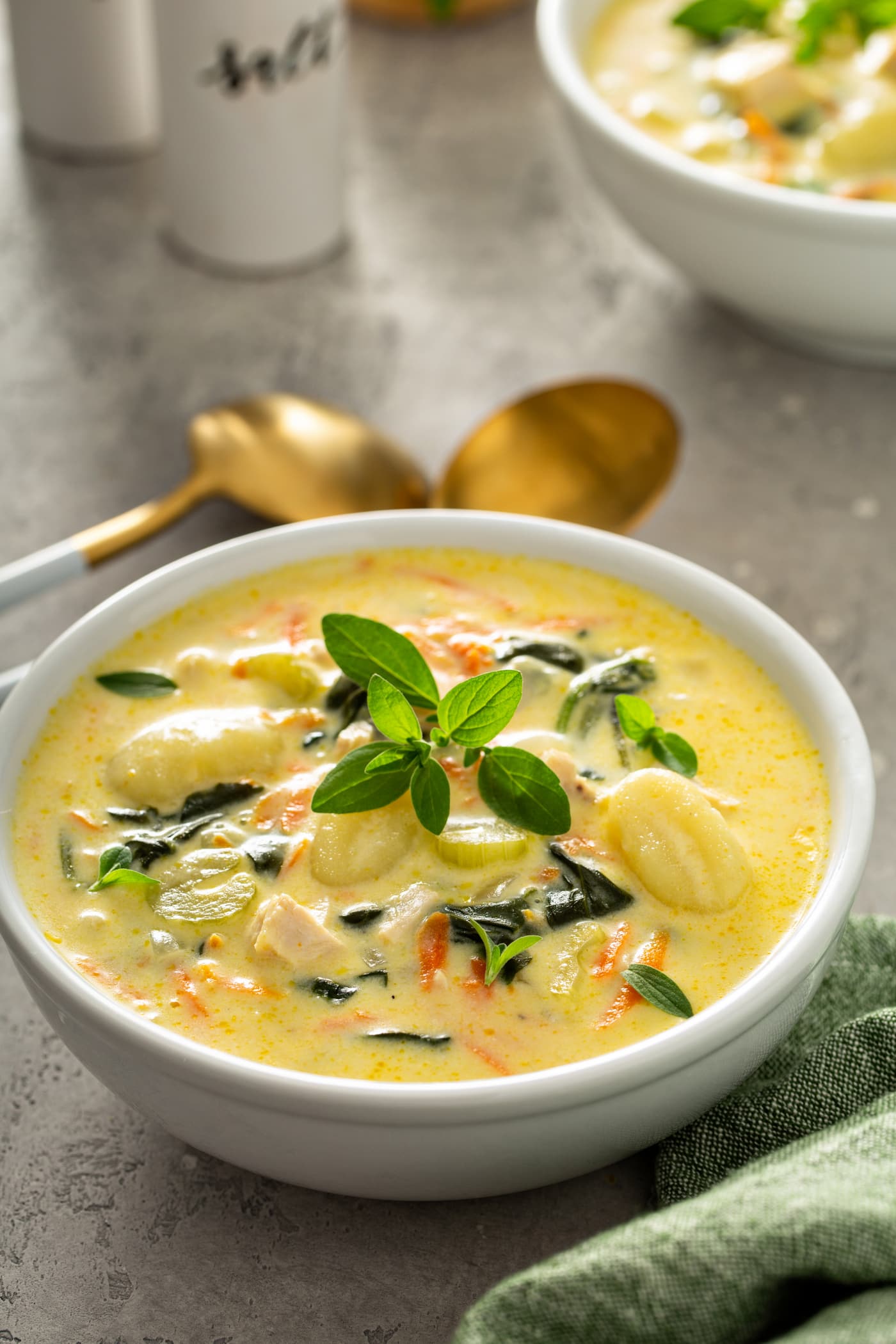 This copycat chicken gnocchi soup tastes gourmet, but the ingredients list is simple! Here’s what you’ll need to make this recipe: 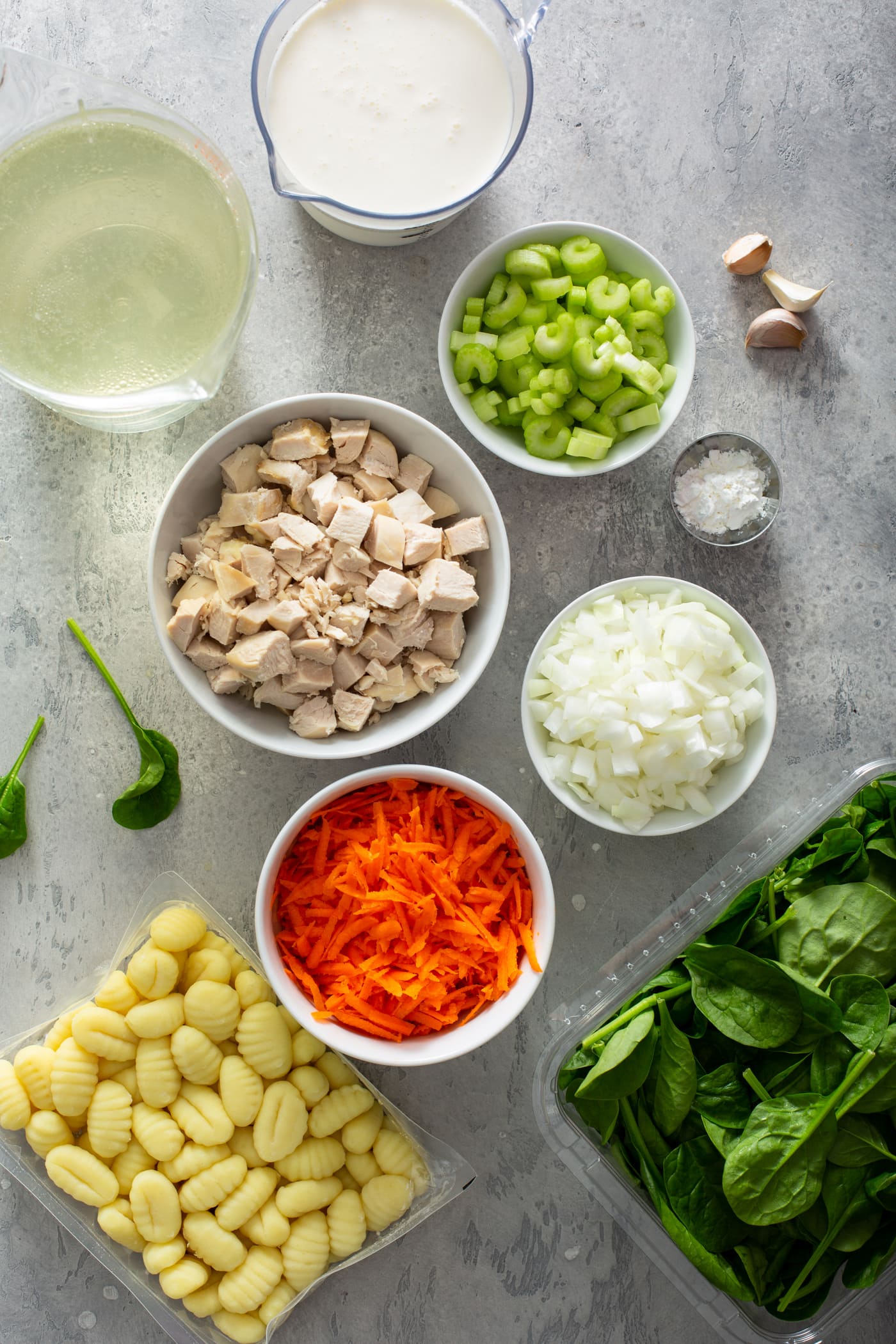 How to Make Olive Garden Chicken and Gnocchi Soup 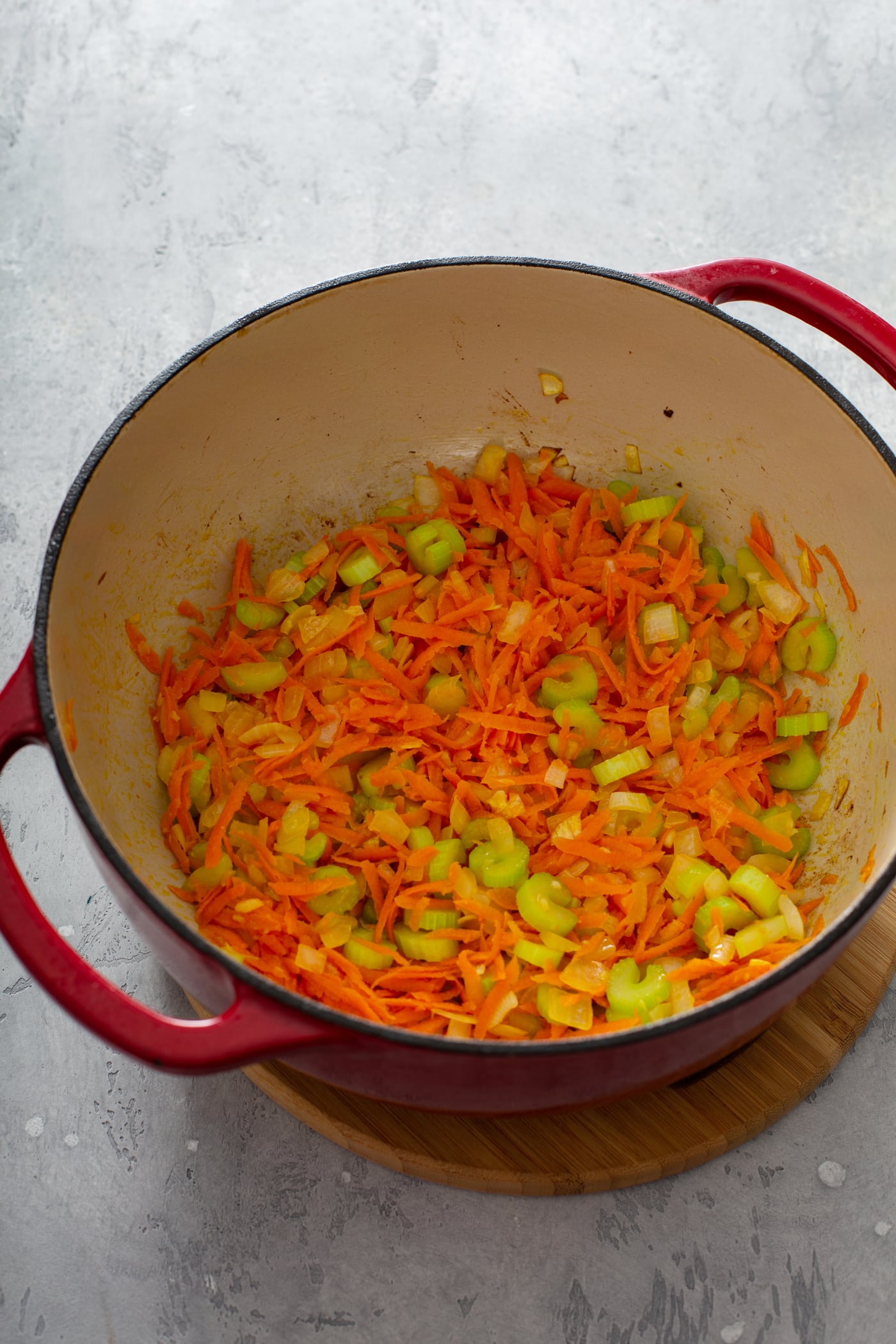 Can I Make This Soup in a Slow Cooker?

Yes, you can make this soup in a slow cooker! I’m a big believer in sautéing vegetables even if you’re doing a slow cooker soup because the cooked down veggies caramelize and their sugars release making for more delicious flavor. 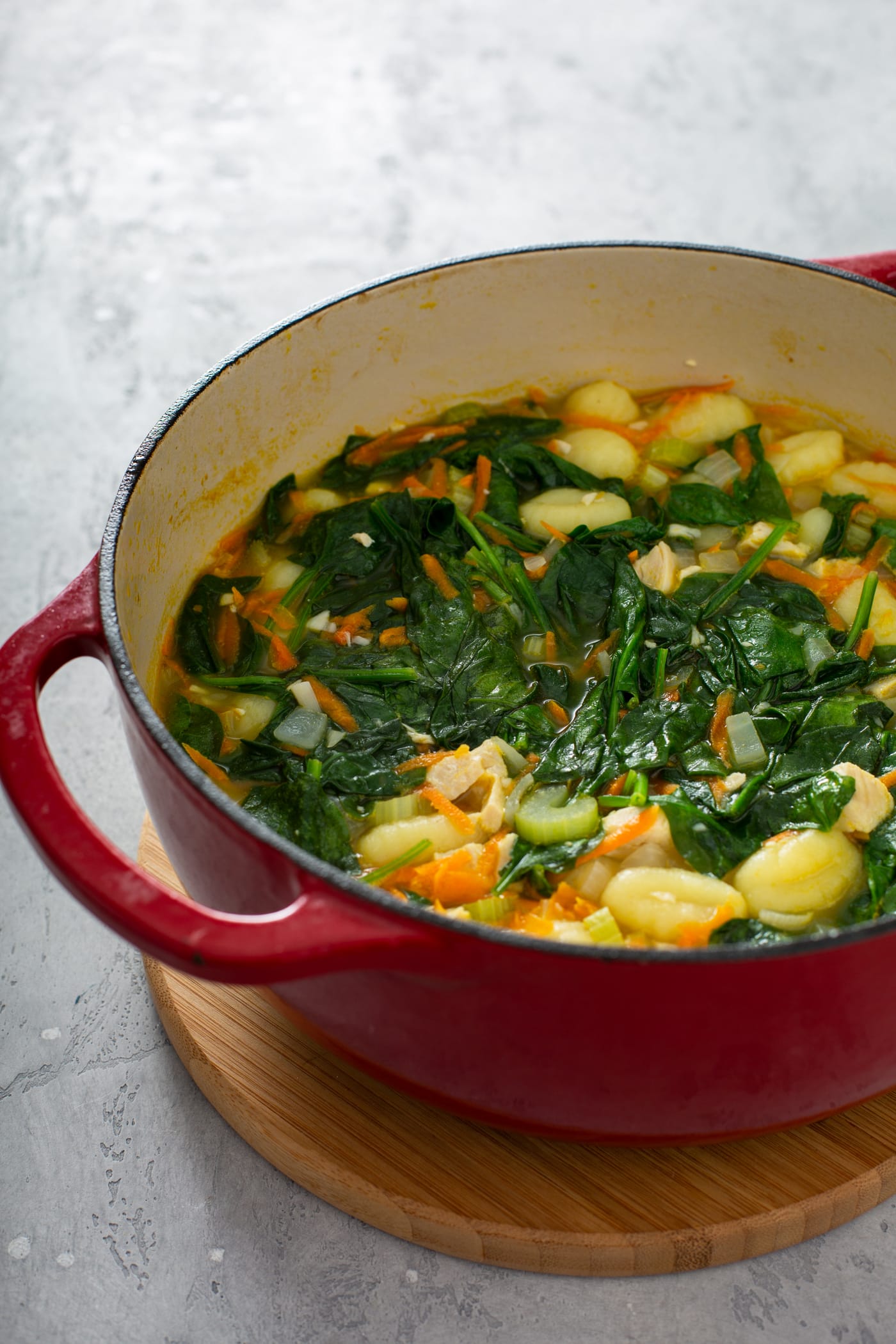 How Long Will This Soup Keep?

Creamy chicken gnocchi soup will keep for 3-4 days in the refrigerator, but soup should be placed in a container with a lid, or covered with plastic wrap before storing.

Can You Freeze Gnocchi Soup?

I would NOT recommend freezing this soup. The dairy tends to separate and the spinach takes on that chewy texture.

Can I Make This Recipe Vegetarian?

Chicken and gnocchi go together really well, but if you need to make this a vegetarian soup try these substitutes for the chicken:

Is Gnocchi a Pasta?

Gnocchi not an Italian pasta like many think. It’s more like a little potato dumpling. A Gnocchi recipe is made from potatoes, flour, and eggs.

How Do You Know When Gnocchi Is Done?

Gnocchi is done when you see the little dumplings float to the top of the water. There’s no need to set any timers or do any testing as the floating is the sure sign that they are done.

Can I Make the Gnocchi From Scratch?

Yes! I’ve made gnocchi a few times in the past as it’s so easy, and I will be the first to admit that making gnocchi is fun, tastes better than store bought and isn’t too hard especially if you have a gnocchi roller.

However, it is more work than I care to do and the store bought versions are getting better and better so I’m quite content to buy it. However, if you’re wanting to make it yourself this is the Homemade Gnocchi Recipe that I used. 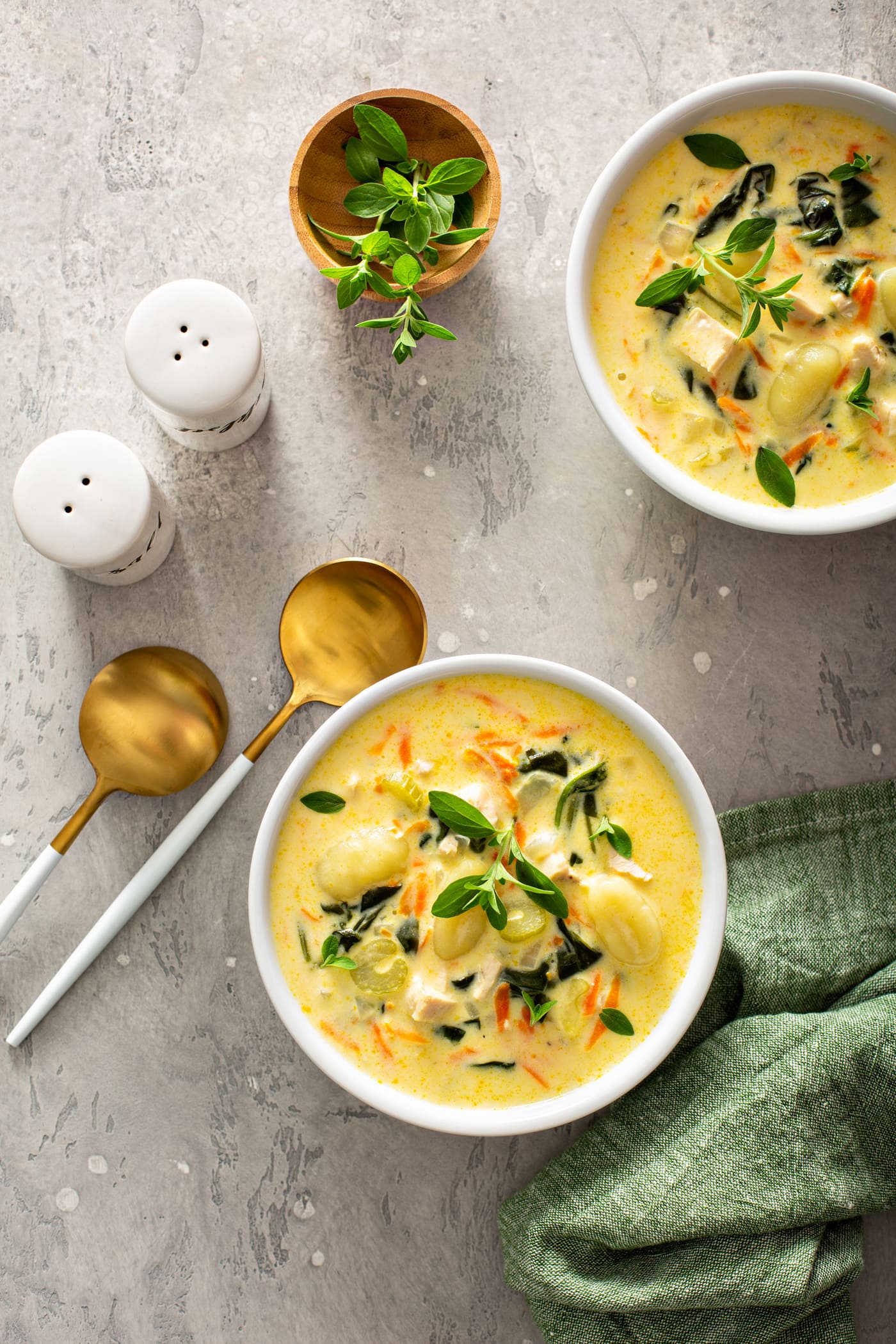 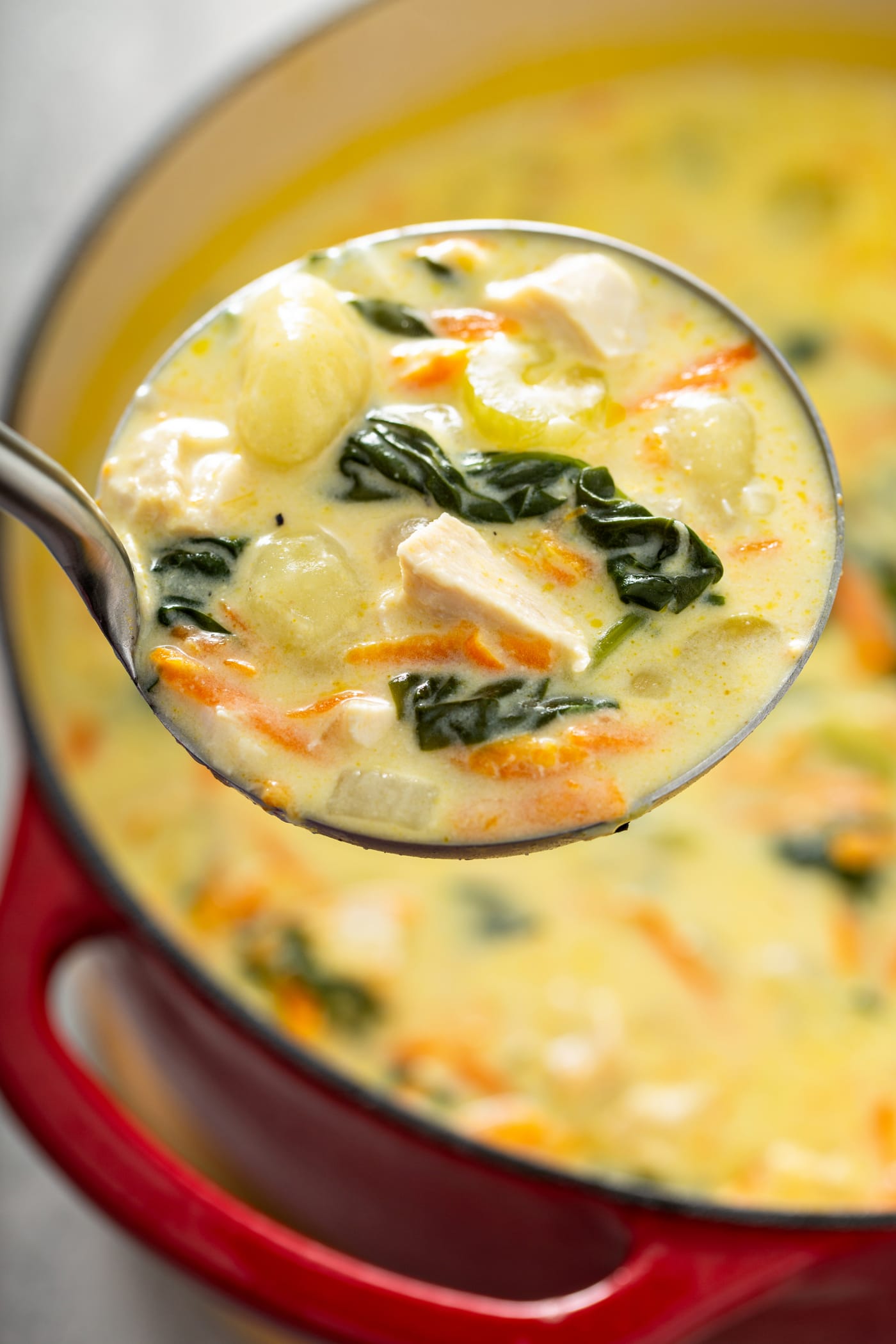 Check out our Soup Recipes section! 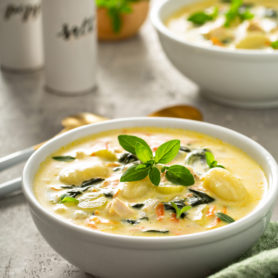