Tonight’s dinner was perfect, so we couldn’t wait to share this recipe for Slow Cooker Potato Broccoli Corn Chowder with Bacon! 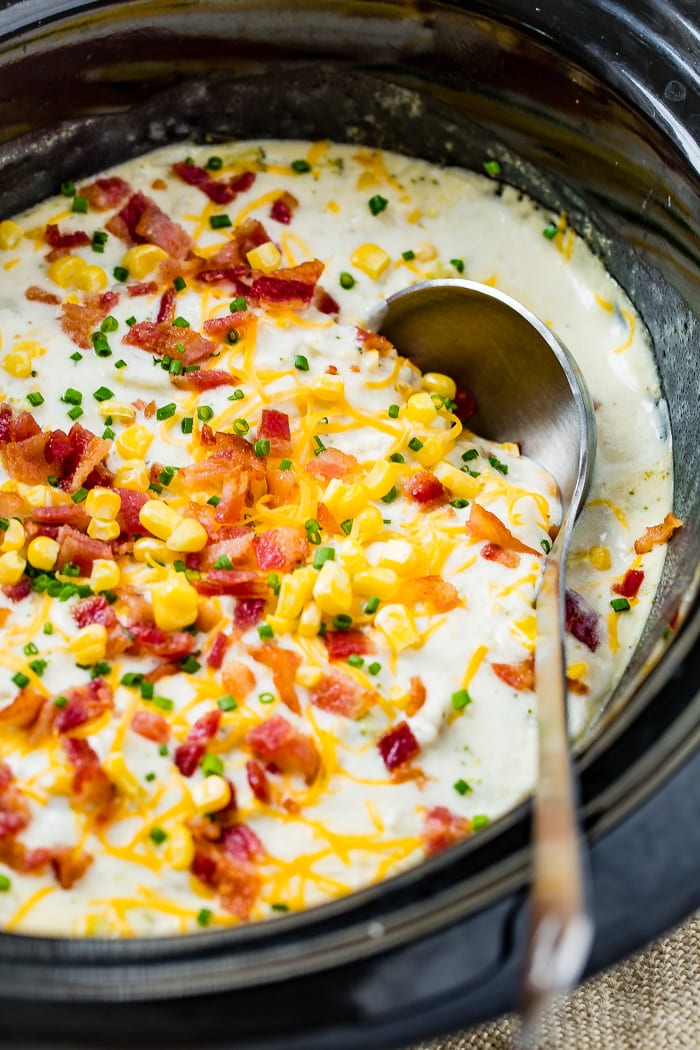 It had snowed and snowed one day and school ended up getting canceled. I was a teenager in high school and caught a ride home with someone. Actually, truth be told, it was a boy who I’d felt had been quite unkind to me for years. I’m always tempted to reach out sometimes and tell him that had mattered to me. Either way, I arrived home, snow billowing all around me as I tried to push my way into the front door and there it was, the smell of slow cooker potato broccoli corn chowder with bacon!

What to Eat with Chowder

Actually, I believe it was just potato soup, but Mom won’t mind a lick that I added some extras. In fact, I think she will love this recipe. The only thing missing is absolutely the World’s Best Cinnamon Rolls.

In fact, maybe I’ll make another round of soup and cinnamon rolls because now I feel like I’ve missed out. I grew up ALWAYS having cinnamon rolls with our potato soup. What was I thinking not making them?

Alright, you don’t have to make cinnamon rolls, but if you’re still looking for what to eat with chowder, why don’t you try one of these ideas: 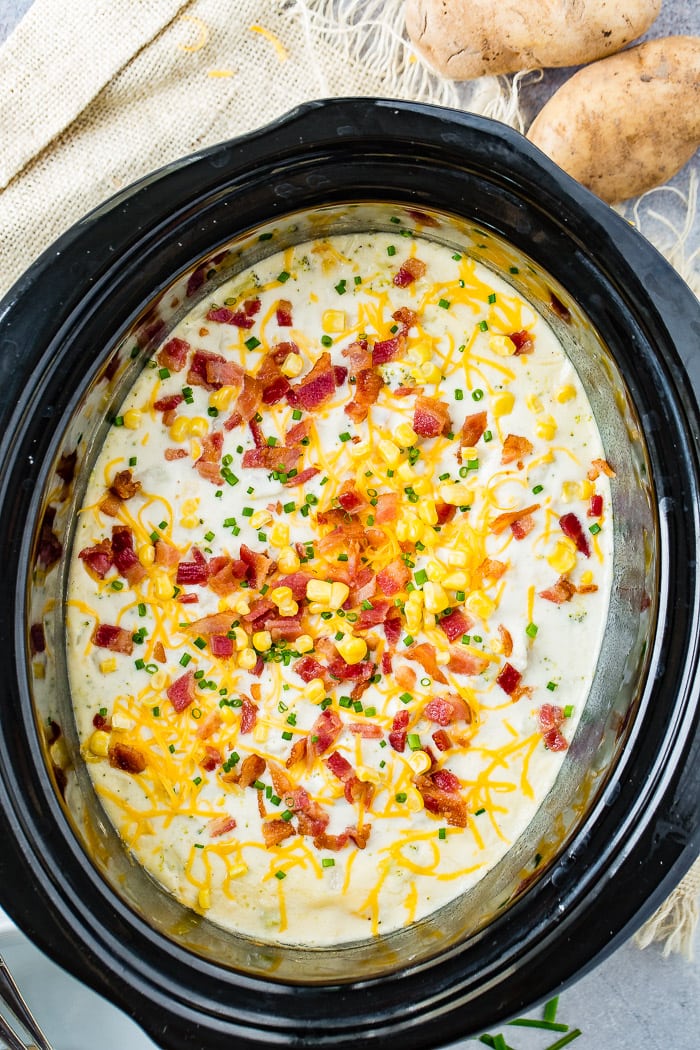 This slow cooker potato broccoli corn chowder with bacon is actually a very simple, few ingredient recipe that can totally be made stove top or in a slow cooker or crockpot. It’s a creamy soup full of potatoes, chopped broccoli, corn and a generous sprinkling of shredded cheese and crispy bacon on top.

There’s just one request, while I know it’s easier to dump the ingredients in and go, starting a little roux on the stove top will thicken the soup while it cooks all day and who doesn’t want a thick and creamy potato soup?!

What is a Roux?

A roux is the easiest thing ever, a quick mixture of fat and flour. It generally starts with butter, melting down in a pot and then flour is quickly sprinkled in and whisked until the nuttiness comes out and that flour flavor disappears.

This mixture is then used to thicken soups and sauces. In this slow cooker potato broccoli corn chowder with bacon recipe it allows the soup to thicken in the slow cooker as it simmers all day whereas a normal slow cooker soup doesn’t tend to cream up enough. 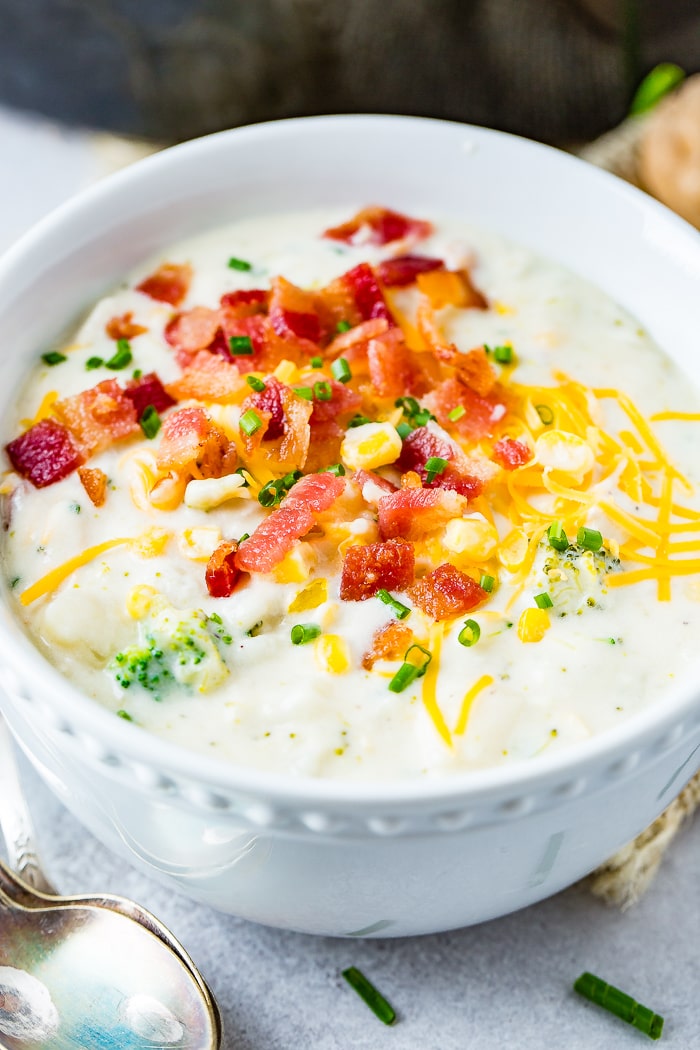 Are Slow Cookers and Crock Pots the Same?

A true slow cooker consists of the same three components as a crockpot which would be: glass lid, pot for cooking the food, and heating element.

However, a crock pot usually has a ceramic or porcelain pot, while a slow cooker has a metal pot. It can be interchanged though so it doesn’t really matter.

CrockPots and slow cookers use moist heat to cook food over a long period of time. Both a crock pot and slow cooker are used to cook the same types of foods, and both produce the same delicious results so either way you’re good to go. 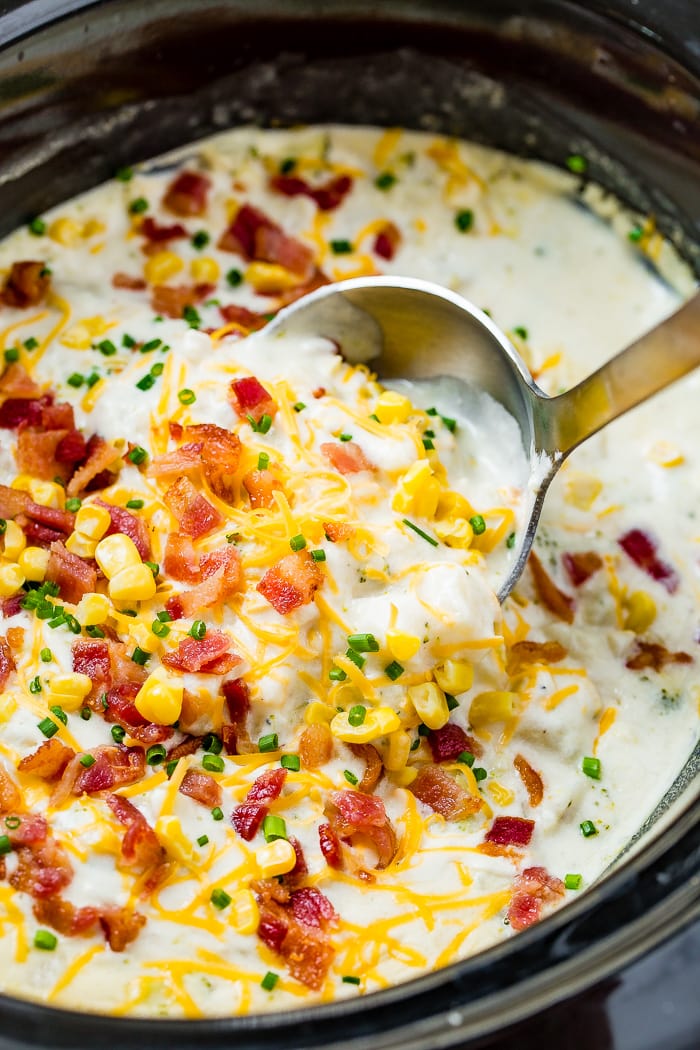 I’ve actually wondered this a few times. I know it’s soup, but soups are often broth based

Chowder is a type of soup or stew often prepared with milk or cream. Think about corn chowder, clam chowder, and so on.

It’s also true that chowder is also typically made with sea food, but other meats can also be used.

Chowder is usually chunky as well.

Is Broccoli Good For You?

Broccoli is a great source of vitamins K and C. Broccoli is also a good source of folate (folic acid) and also provides potassium, and fiber. We’ve seen many people writing off broccoli lately. They’ve been so caught up in kale, spinach, brussel sprouts etc, but don’t forget broccoli! It’s such a great vegetable! 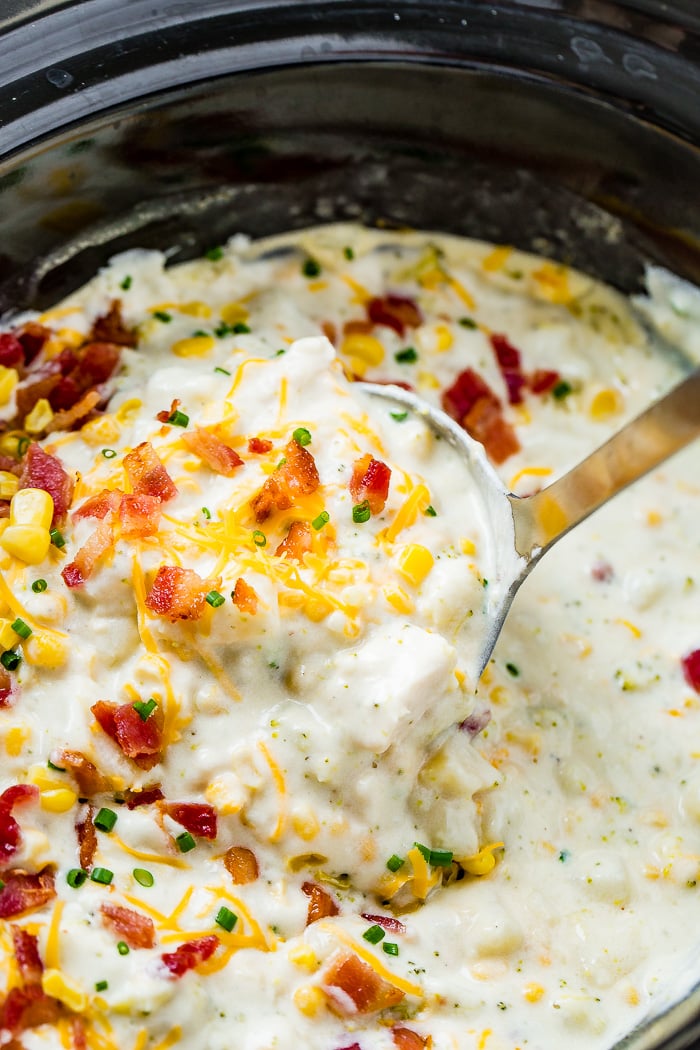 What Goes Well With Corn Chowder?

Good sides to eat with corn chowder include, green salad, corn bread, fresh bread or biscuits. I think that you’ve got some veggies in there, don’t stress so much about what to serve on the side. The main dish is fine to be served solo if you are ok with keeping things simple like I am. 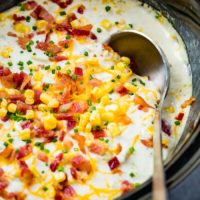