We have had this Puffy French Toast recipe a few times, but each time we have done it a little different. This was our favorite so far as it’s rolled in cinnamon sugar right before serving. It’s like a berry cobbler! 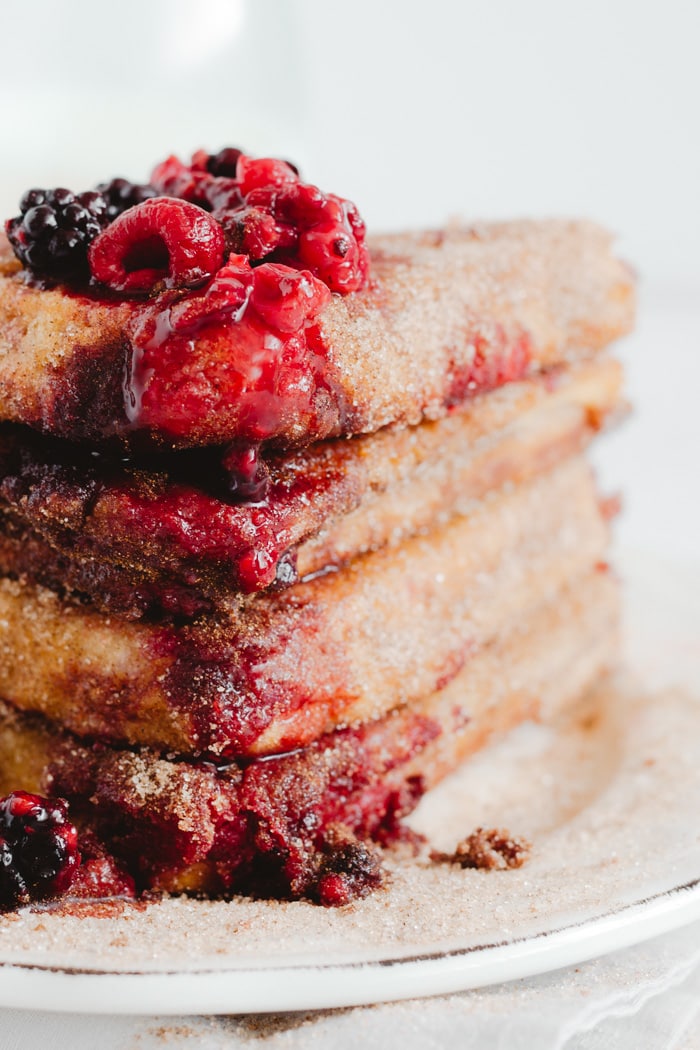 This Puffy French Toast recipe is so much fun to mix up your breakfast routine! Brunch will never be the same when you eat those delicious, fluffy french toasts! That’s right, deep fried french toast rolled in cinnamon sugar!

Please note, you really should not make this fried french toast recipe on a flat skillet. It needs to be cooked in the hot oil because it is meant to puff, in fact it’s deep frying the french toast. 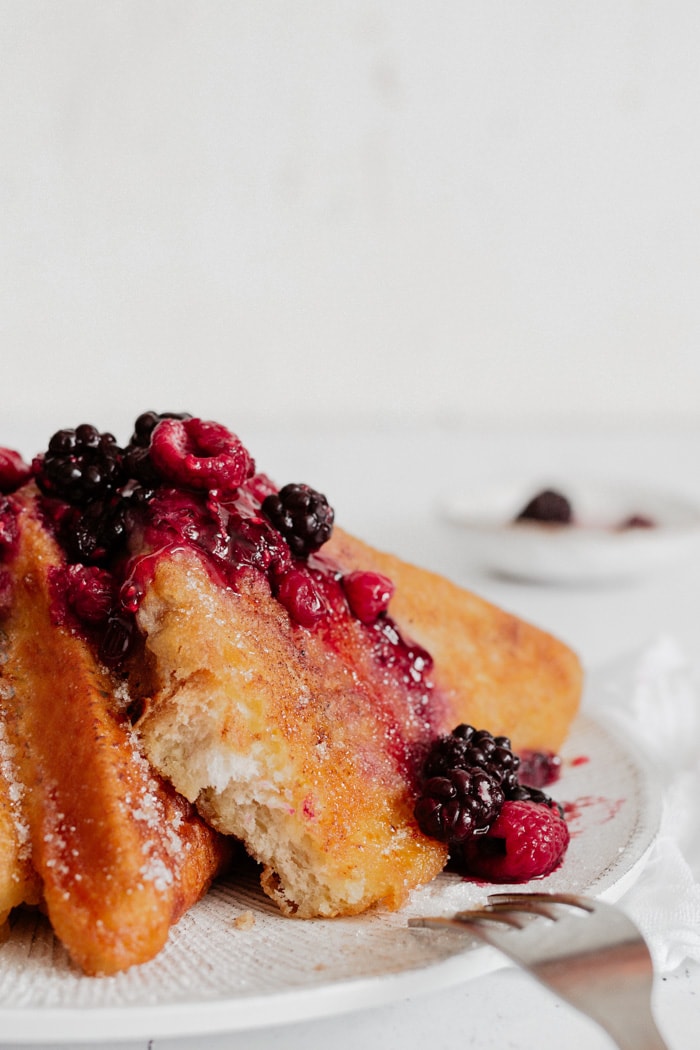 What to Serve on Puffy French Toast

There are a lot of amazing toppings for french toast, everything from the simple to the decadent. Because this puffy french toast is coated with a batter, fried in oil and then coated in cinnamon sugar you may want to take it easy on the toppings.

I know what you’re thinking, nutella the heck out of it. Yes, you certainly could do that and I wouldn’t blame you at all, but listen a berry sauce is my go-to as I’m all about the balance. If you aren’t, here are some other ideas: 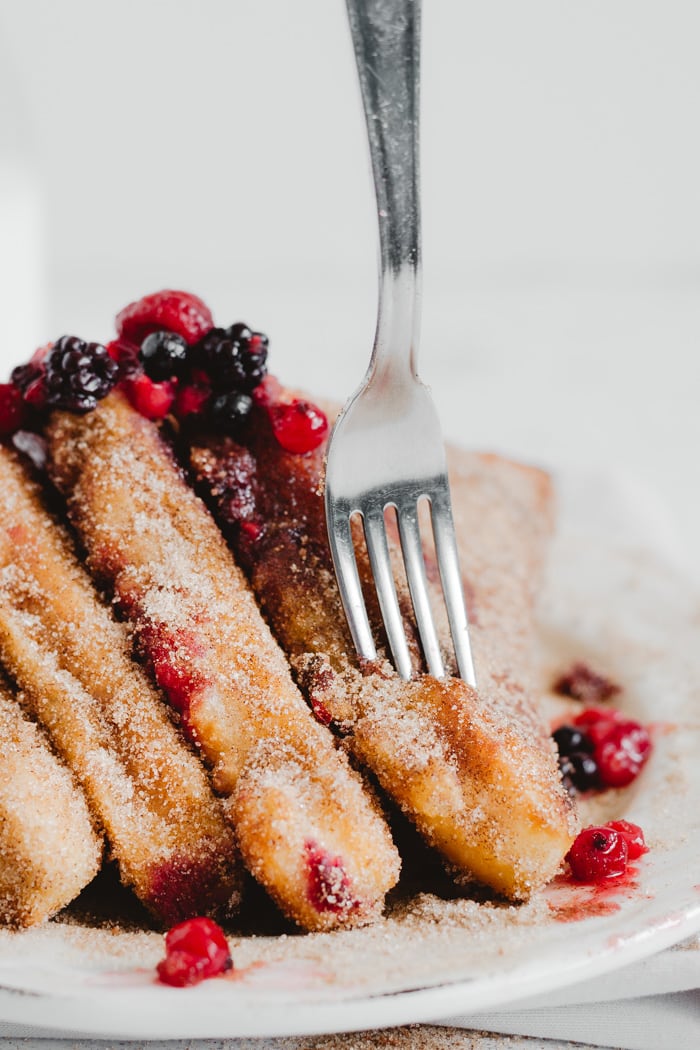 Start to make your puffy french toast by creating a simple batter to coat the bread in.

We’ve found that thick Texas style bread usually works best as it can hold up to the hot oil. If you can’t find Texas toast we still recommend using French bread or Brioche so it will still be thick enough.

Heat oil in a deep skillet until popping.

Dip the bread in the batter, letting it drip slightly so it isn’t too clumpy.

Here’s a really quick tip before you fry your french toast. You’re going to be tempted to toss the french toast into the oil from high above in order to protect your hands from getting burned, but that’s the opposite of what you want to be doing. Get your hand down close to the oil and gently lower it in so that the oil doesn’t slosh out and burn you.

Fry each side of the bread until lightly golden. It will go dark quicker than you think so keep a lose eye on it.

Remove the bread to a paper towel lined plate. After a quick sit on the paper towel, gently lift the french toast into a pie dish with cinnamon sugar, coating both sides. 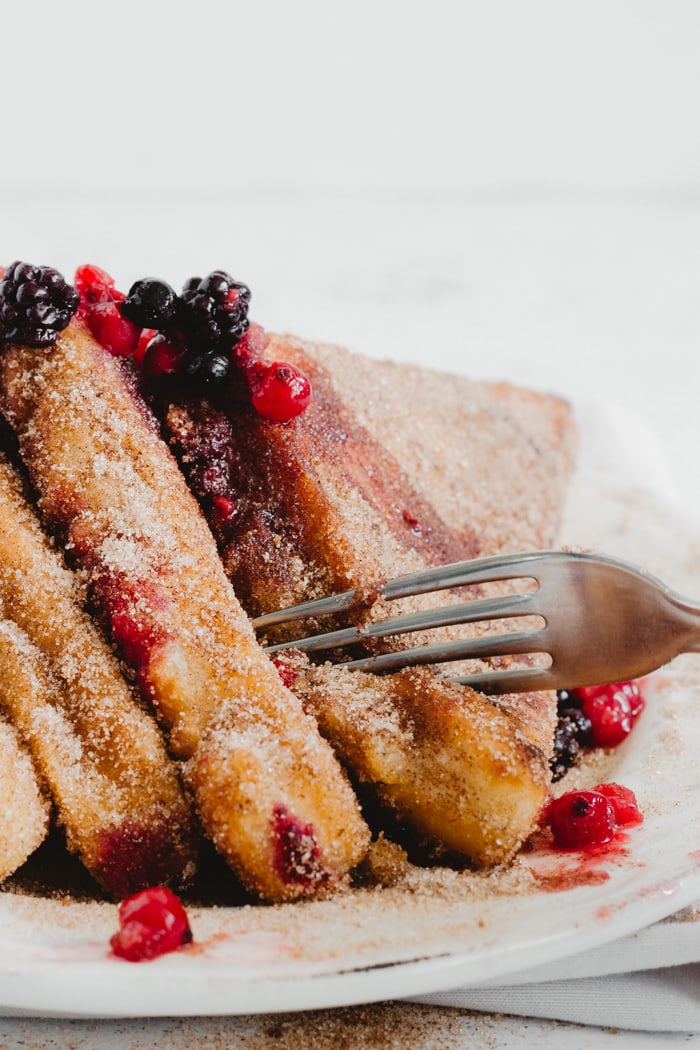 Can French Toast Be Reheated?

French Toast may be reheated in the toaster.

Or to reheat more servings, unwrap slices, place on baking sheets and bake in preheated 375°F oven until hot, 8 to 10 minutes.

Is French Toast From France?

Actually, one of the earliest versions of French Toast has been traced to ancient Rome.

Can French Toast Be Baked?

French Toast can be baked instead of fried. 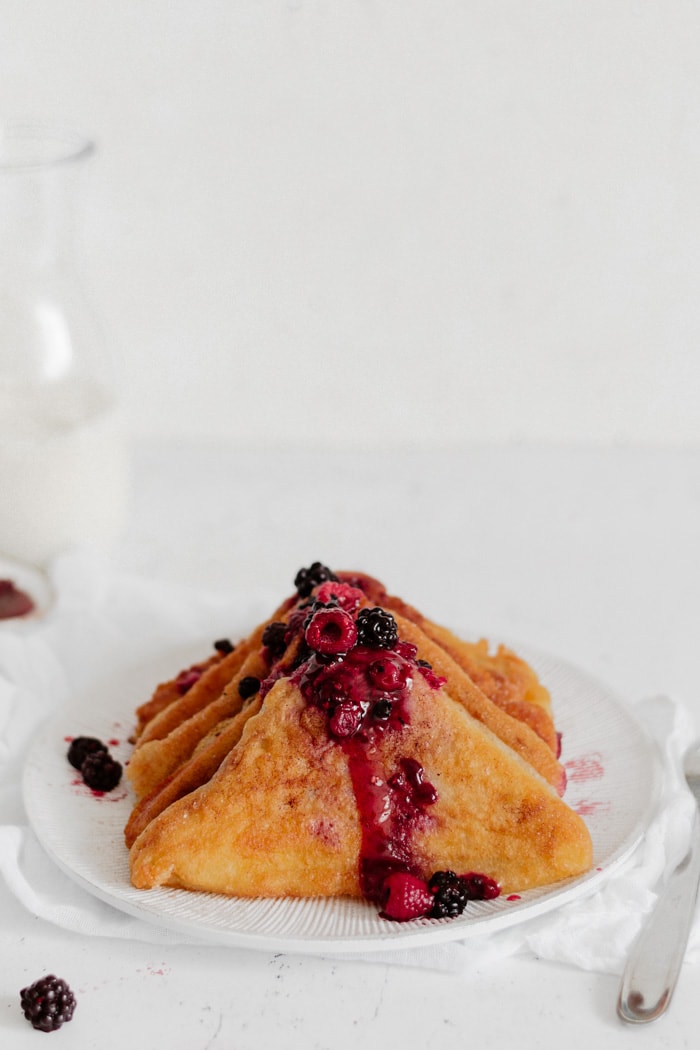 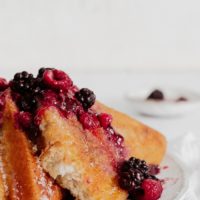 4 from 1 vote
Prep Time: 10 minutes
Cook Time: 15 minutes
Total Time: 25 minutes
Servings: 12
Save Recipe Print Recipe
We have had this Puffy French Toast recipe a few times, but each time we have done it a little different. This was our favorite so far.