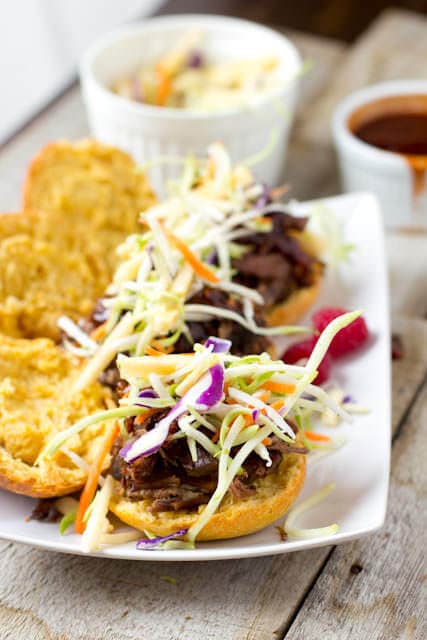 I adore Driscoll’s berries. It’s kind of like the kid that just can’t resist the marshmallow, I cannot resist berries, especially their’s. I love that they are delicious for breakfast, like these breakfast parfaits,  lunch, like this raspberry teriyaki chicken salad (which works great with the Countdown to a Better You in case you’ve joined me), dinner like this raspberry BBQ slider or dessert, these lemon strawberry shortcake(one of my very favorite desserts), or this lemon curd trifle. Berries are kind of my life. I wish I lived right by Driscoll farms and we could take the whole family on an adventure. Seriously, I love them. 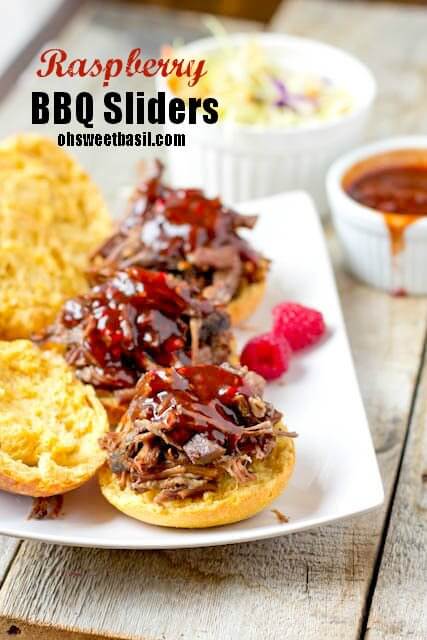 So, I was at Costco the other day, the place where you head in for a short (or long) list and come out spending 5 times more than you planned and no longer in need of lunch due to the wide variety of samples you and the family just devoured, and I noticed a ton of big, huge raspberries. The kind that I have not seen since moving away from Washington. I knew I had to buy them. So checked out and I headed to one last store which is where I discovered Alexia’s Sweet Potato frozen rolls. WHAAAAT? Obviously I had to have those too. I love rolls. I mean, who doesn’t, and Alexia products are a big time winner in our house, mostly because how stinking delicious they are, but they are better than many frozen foods too. WAHOO! 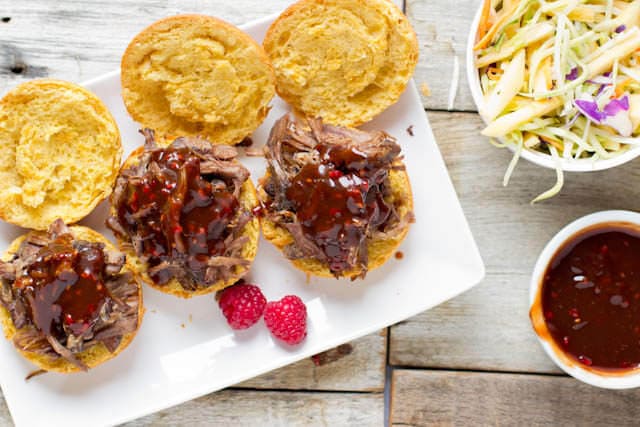 So I get home with 2 unexpected items (note, I was only at Costco to pick up photos, how I ended up in produce is beyond me. Ok, and I got avocados too. Gosh!) and in order to convince myself that I really needed them I decided that I had better figure out a recipe that used both. We had just had our favorite Shredded Beef the night before, so I knew I could go with sliders. What I didn’t know was that they were going to be the bomb diggity…

There’s no reason to use the slaw if you’d rather have lettuce, or even cheese, but we personally think it enhances the flavor, a little crunchy tartness to go with a sweet and tangy slider is perfection at our house. And don’t even worry about those berries either. As they heat up in the sauce they begin to break down so you just have to sit back and watch it all go down.

What Is A Slider?

A slider is an American, steam-grilled sandwich, typically around 2 in. across, made with a bun.

Sliders start with a well-oiled griddle and a ball of meat, which is smashed onto the griddle (usually accompanied by a small handful of onions, which fry into the meat as it cooks).

The meat is flipped after it’s been nicely seared, then, while it’s still on the griddle, the toppings, including the top bun, are added and allowed to steam.

Sliders originally referred to small hamburgers, but is now frequently used to describe any small sandwich made with a slider roll.

How Long Will BBQ Beef Keep?

BBQ beef will keep for 4-5 days in the refrigerator. 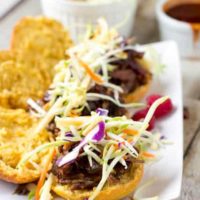 No ratings yet
Prep Time: 15 minutes
Cook Time: 15 minutes
Total Time: 30 minutes
Servings: 8
Save Recipe Print Recipe
These raspberry BBQ sliders are so amazing. The hint of tartness from the berries makes it a slider to remember!

For the Raspberry BBQ Sauce

For the BBQ Sauce 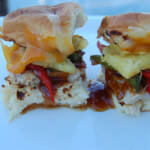 Sliders with Caramelized Onions and Chipotle Mayo-Is this Really My Life?