I can’t believe I’m saying this, but I’ve been skipping the grill for corn on the cob and making corn in the instant pot instead. Instant Pot Corn on the Cob is so easy! 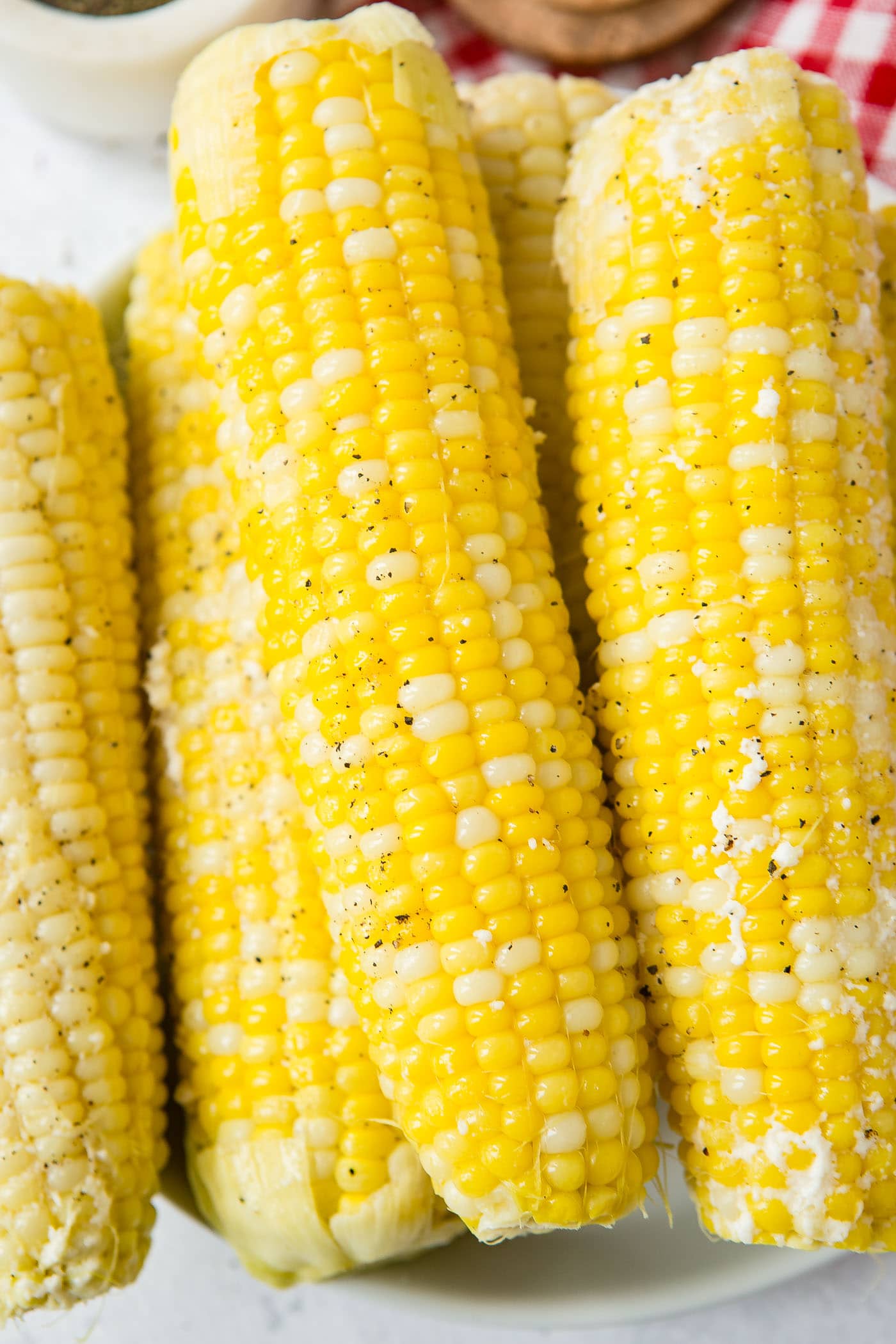 Corn on the Cob

Corn on the cob is one of the highlights of any summer meal. There’s nothing quite like fresh corn from the fields either.

I was a little girl when I first started shucking corn with my family. It was so much fun to park it on a little stool or chair my mom brought out for me and pulling back all of the husks, removing that fine silk and plunking the cleaned corn in a large bucket for later.

How to Pick Good Corn on the Cob

Picking out corn is tricky, and it BUGS ME when everyone is standing around pulling the husks down. Don’t get all up in everyone’s food!

Here’s the right way to pick out corn on the cob.

How to Cook Corn on the Cob

There are many different ways to cook corn on the cob and I highly recommend you try a few, but of course start with this instant pot recipe corn on the cob.

There’s also the pot boiled corn method. Dunk your corn in a large pot of milk or water and boil until bright yellow and tender. 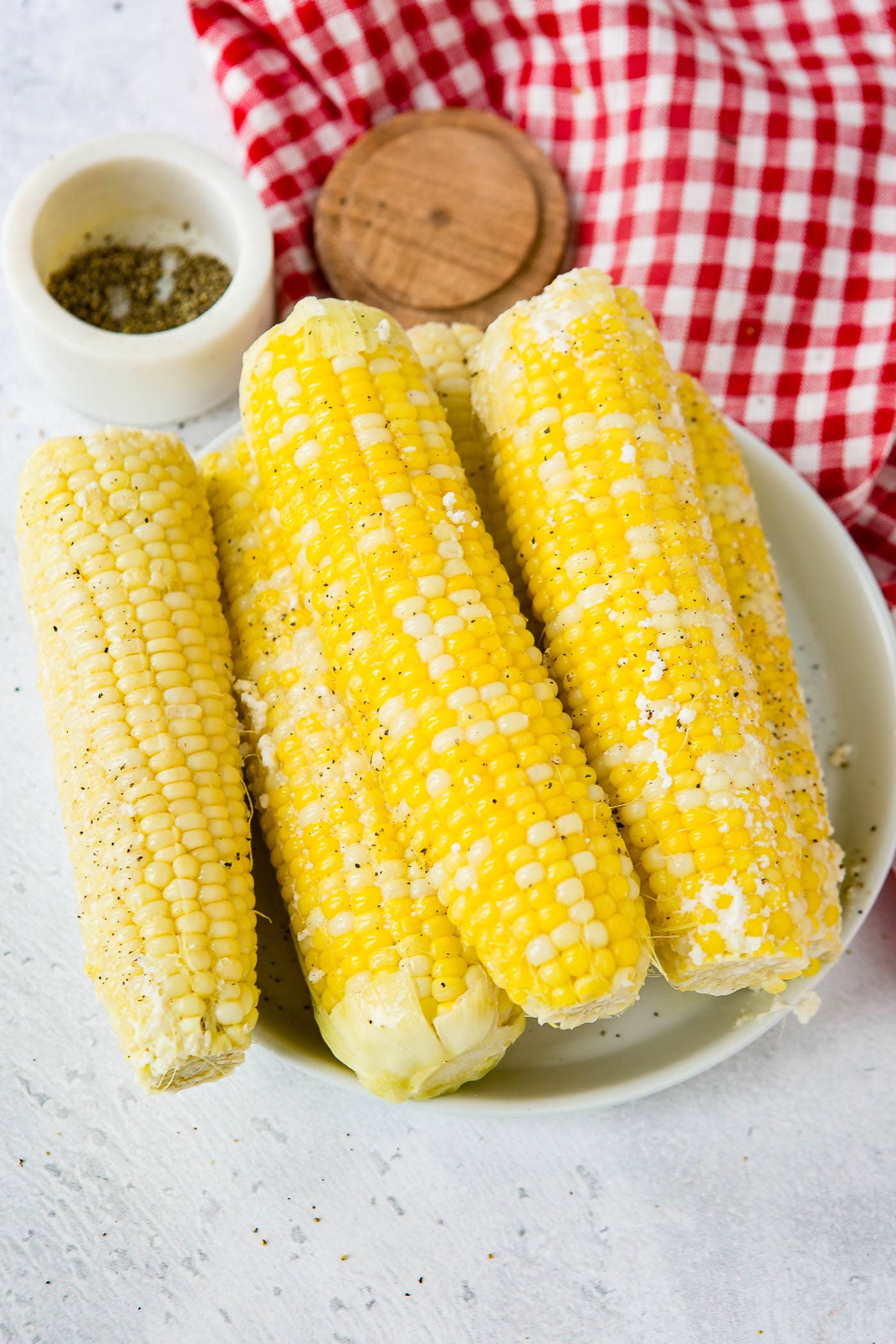 Instant Pot Corn on the Cob

Alright, here’s how to make corn on the cob in an instant pot. 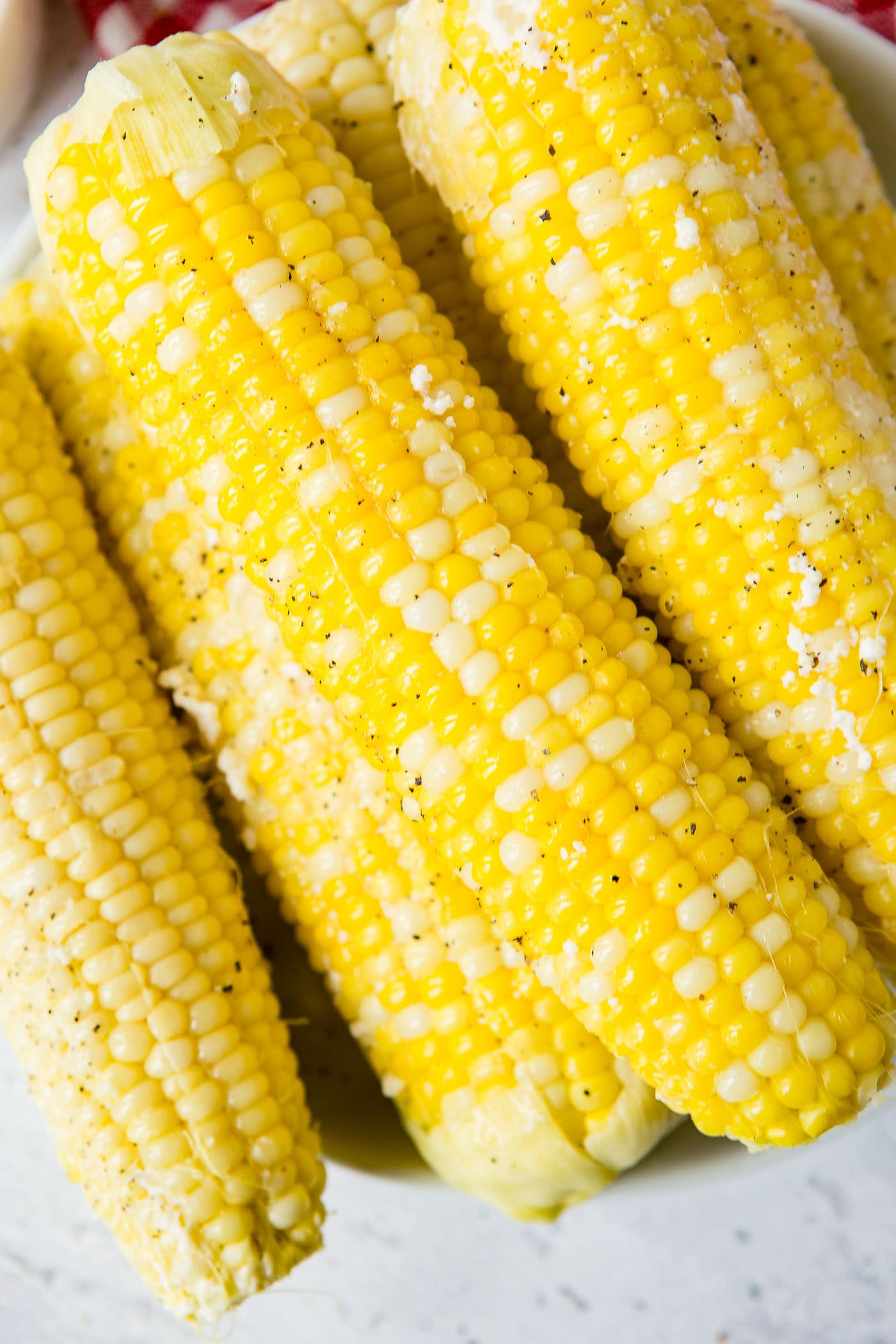 Can Corn Be Cooked In The Husk?

You can microwave, boil, instant pot and grill corn in the husk. I love to keep them in the husk, especially on the grill as the corn doesn’t dry out.

It takes a little longer to cook than if the husk is removed first, but the corn will cook just fine in the husk. Add a few minutes if you do it in the instant pot.

Can Corn On The Cob Be Reheated?

Boil until it is just heated through, about 2-3 minutes. Or reheat in the microwave.

Tip on Reheating Corn on the Cob

I love this tip for reheating corn.

Cut the corn off of the cob and store in an airtight container. Reheat in the microwave or in a pan on the stove until hot.

How to Store Corn on the Cob

How Long Will Corn Keep In The Freezer?

Frozen corn should be eaten within a year of placing it in the freezer to avoid ice crystallization. 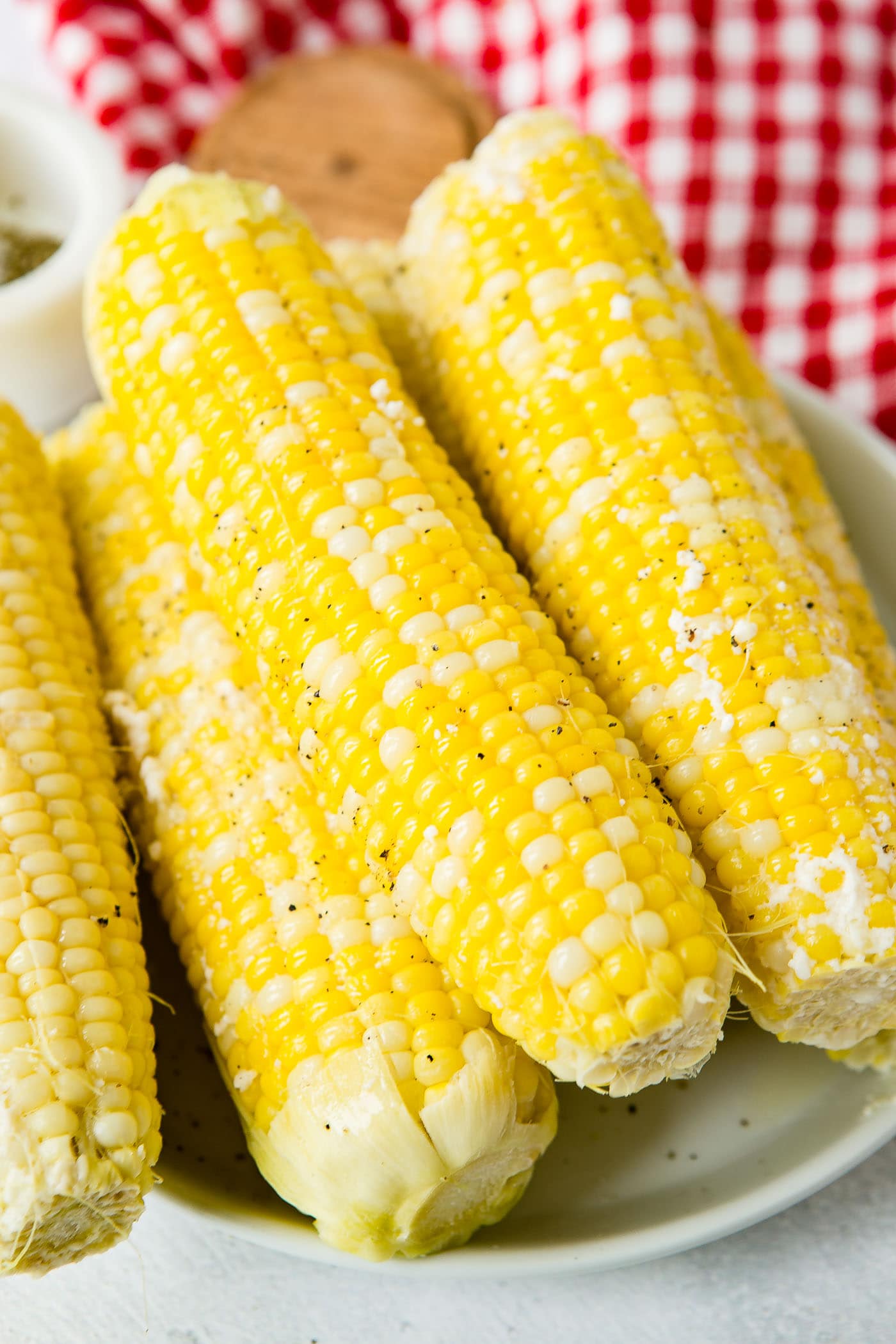 Check out our Instant Pot Cheat Sheet for everything you need to know about cooking all the basics in the IP! It’s just not going to get any easier than making this instant pot corn on the cob.

Ribs in the Instant Pot 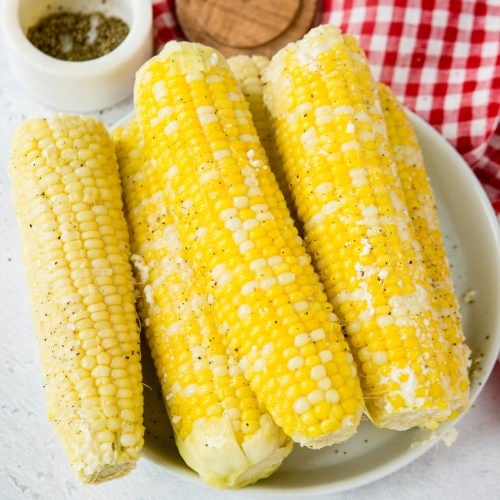 Instant Pot Corn On The Cob

3 from 1 vote
Prep Time: 5 minutes
Cook Time: 3 minutes
Total Time: 8 minutes
Servings: 6
Save Recipe Print Recipe
I can't believe I'm saying this, but I've been skipping the grill for corn on the cob and making corn in the instant pot instead. Instant Pot Corn on the Cob is so easy!