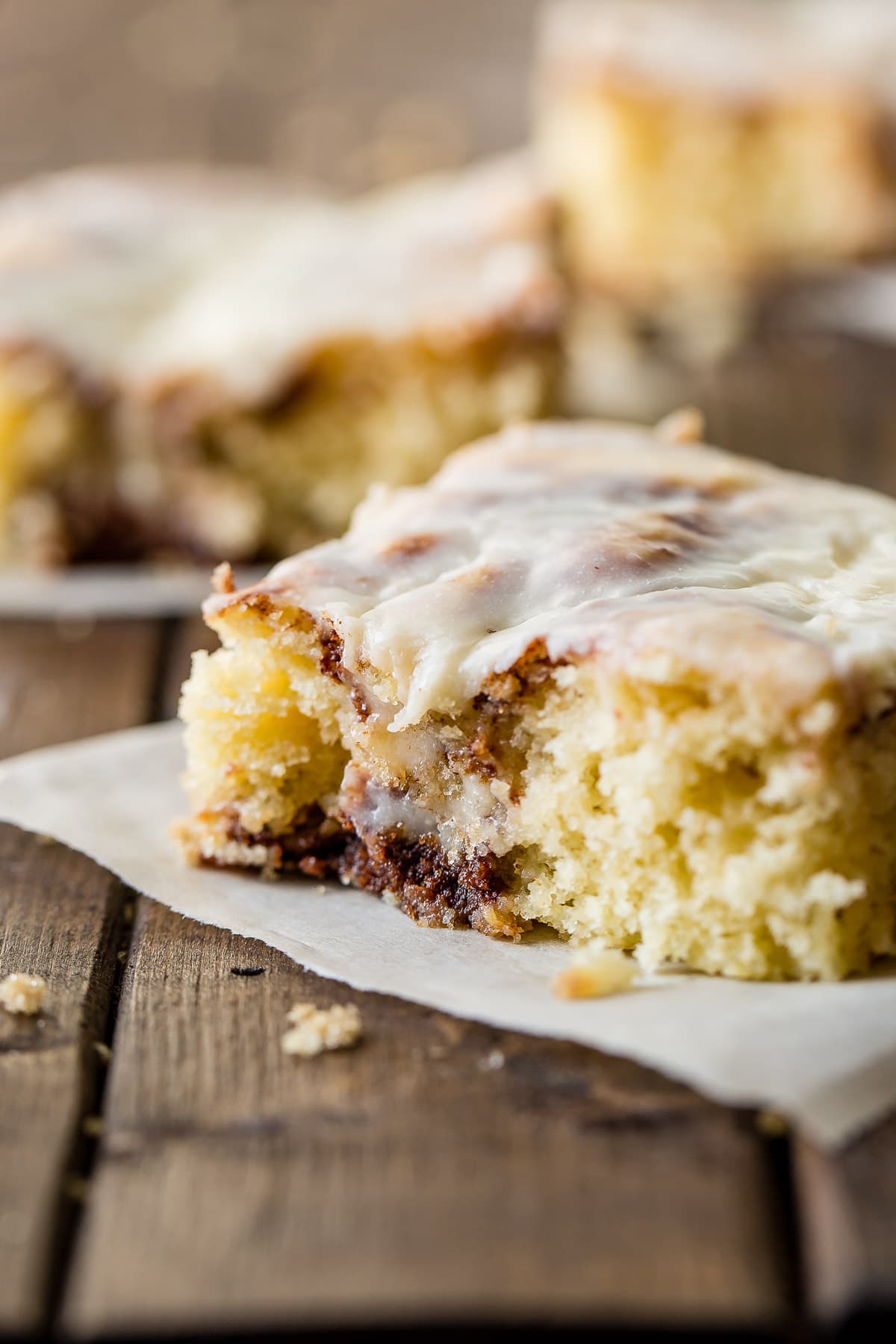 Sheet cakes are one of the greatest inventions (can you call recipes inventions?) of all time because you can feed a crowd with the exact same amount of work as any other dessert. #winning!! 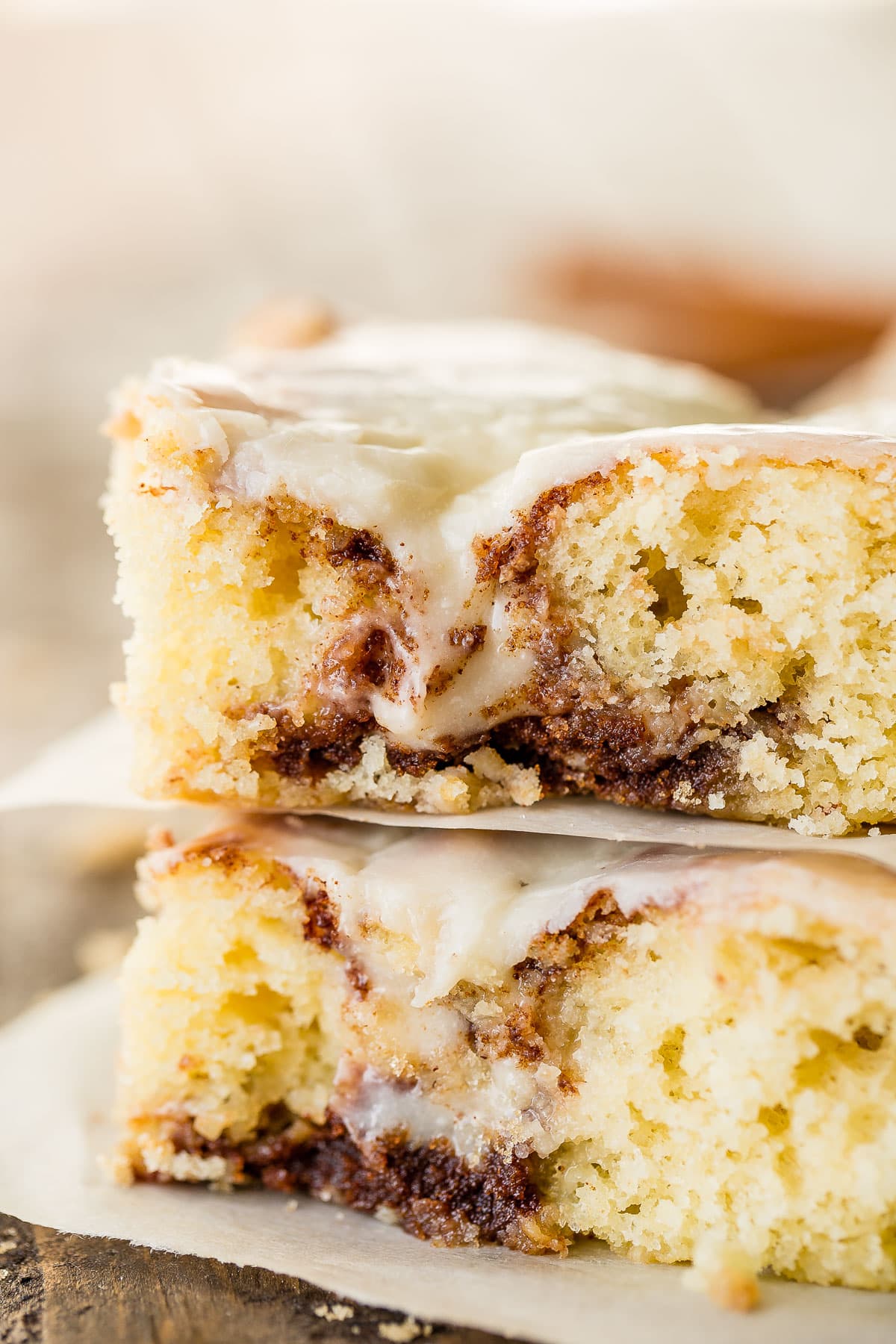 Suddenly I was stuck with the dilemma, how to make a 9×12″ cake into a sheet cake. For one who hates math it’s really quite amazing that I figured out that I could not merely double it as a sheet pan has a low lip compared to a cake pan, so I knew I’d had overflow.

I did a quick google search and found our that in order to make a cake in a sheet pan you needed to make 1.5 times the recipe instead of doubling it.

It turned out perfect!! 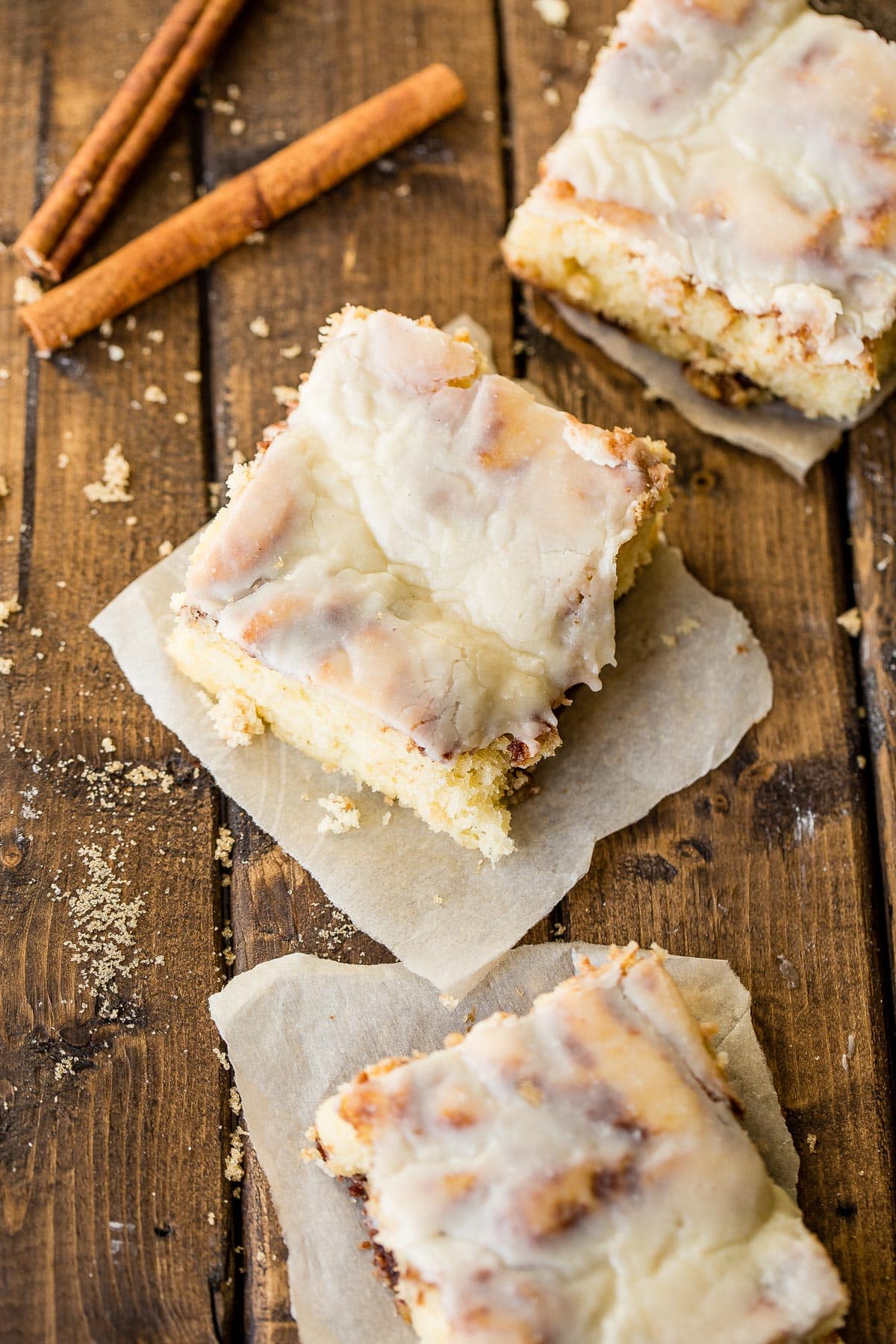 A cinnamon roll sheet cake is soft and fluffy, a hint of buttery and then the most delicious cinnamon swirls all over inside.

When you are swirling in the cinnamon mixture it can be easy to keep swirling but remember that the cinnamon is getting swirled, you just can’t see it as well since it sinks a little, but baking will bring it right up again.

If you swirl too much you mix it all together and the cake won’t bake up correctly, and more importantly, you could end up with big gaps in the cake batter. No Cinnabon Cinnamon Roll Sheet Cake should have big holes in it, though it will be sunk in a little where the swirls are, that’s normal. 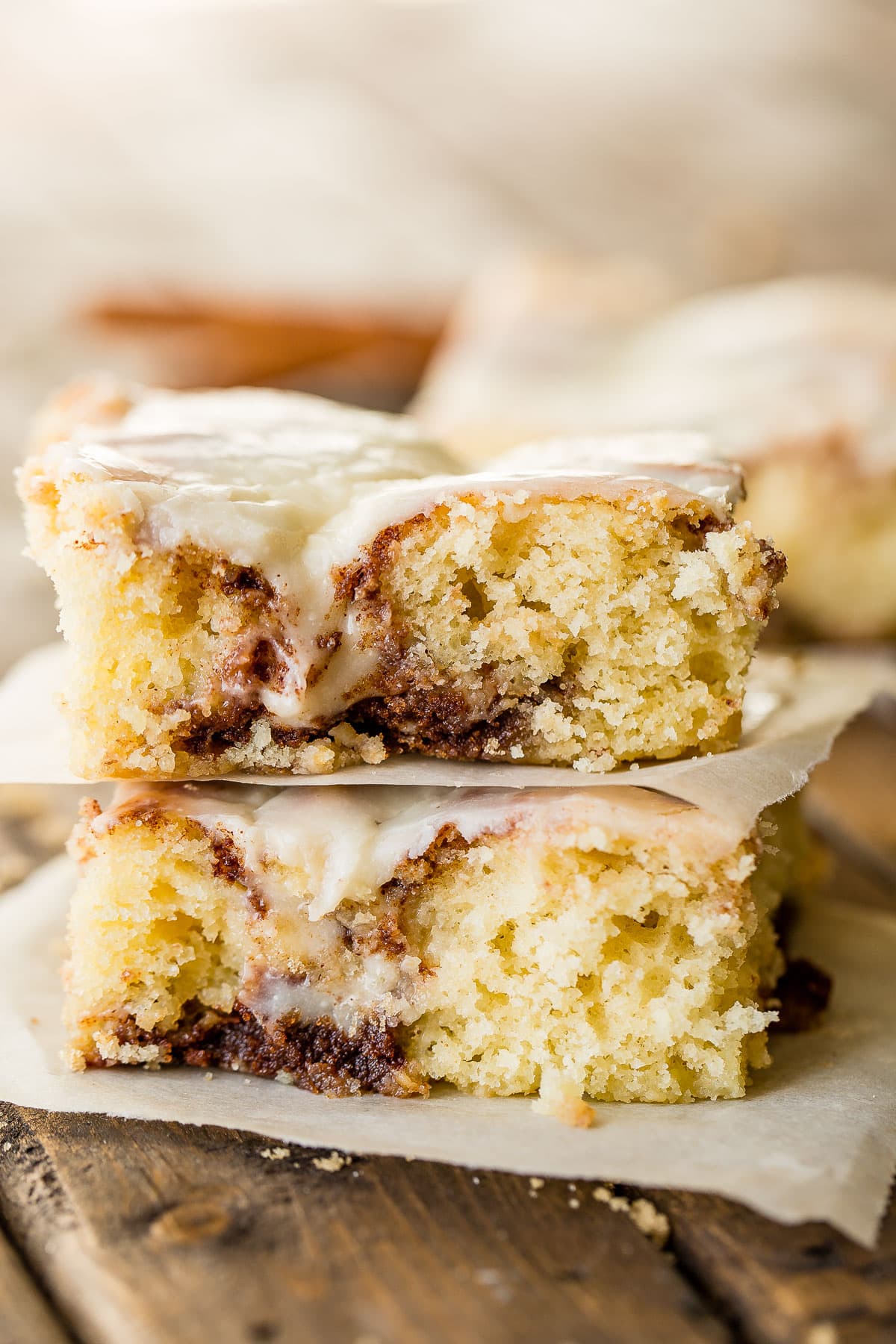 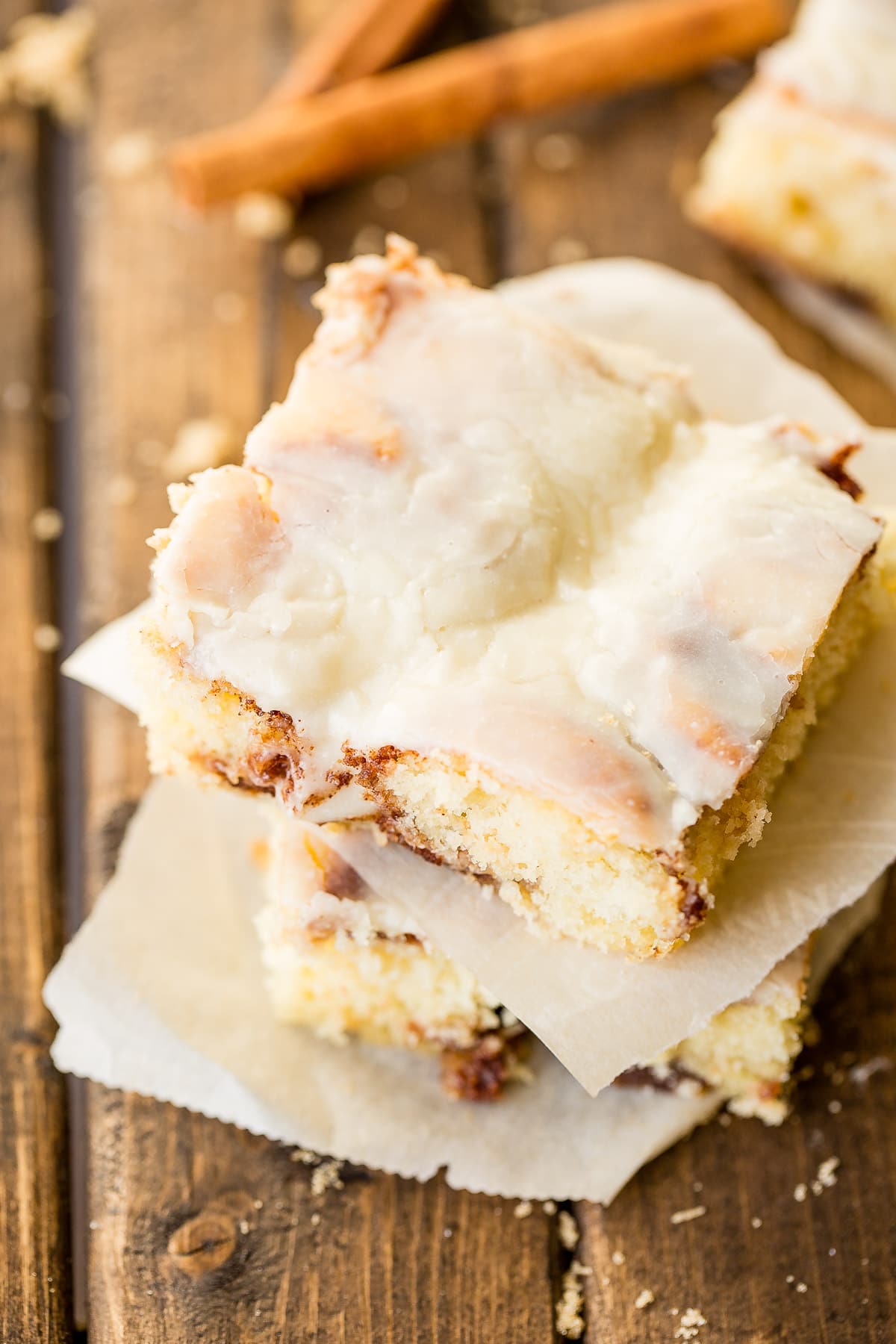 More CAKE RECIPES You Have to Try: 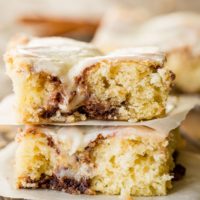 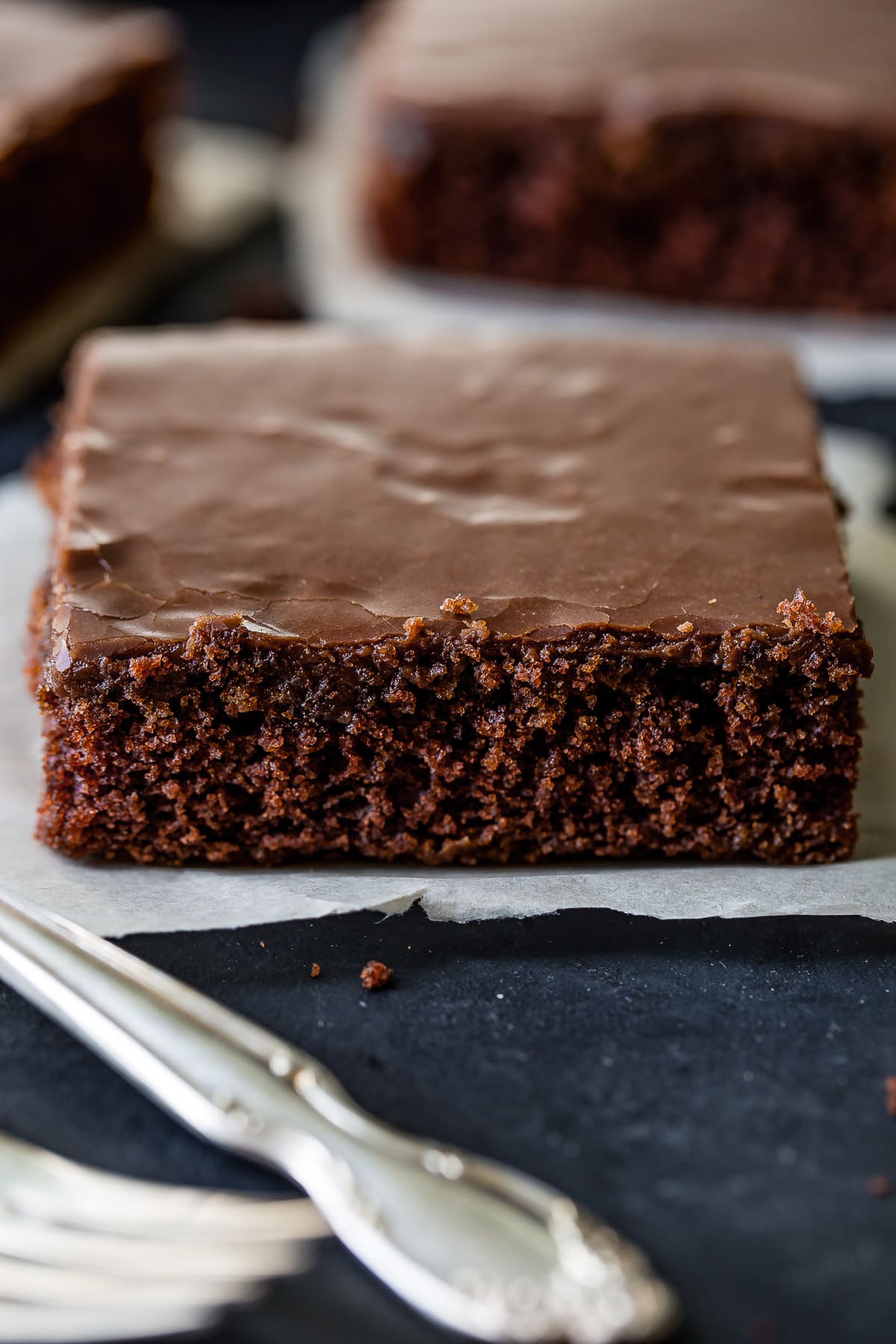