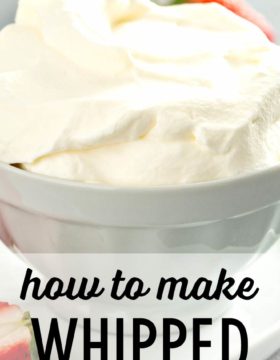 Skip the store-bought stuff and make Homemade Whipped Cream instead! It comes together in under 5 minutes and is supremely light and fluffy! 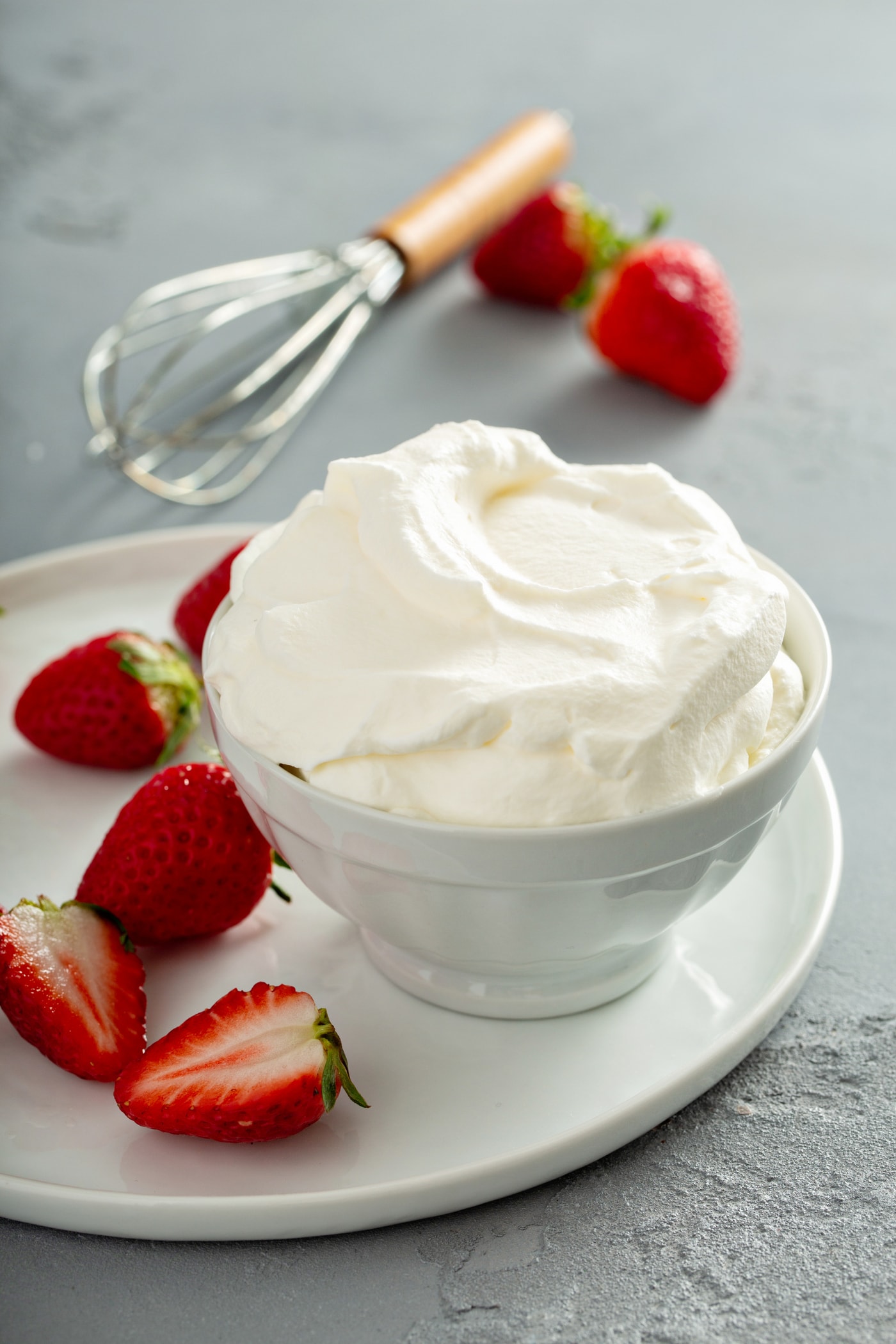 I can remember feeling like there was literally no reason to ever make homemade whipped cream when you could buy the frozen whipped topping. And then it happened! I made my own, and I have never looked back. It is the creamiest, dreamiest stuff ever!

On a slightly unrelated note, I have kind of a silly question, do you say whip cream or whipped cream? I only ask because I’ve always said whipped cream but I’m hearing others say whip cream. For example, I had a friend text me asking how to make “homemade whip cream.”

So which is it?

Anywho, this is such an easy whipped cream recipe. It requires just three simple ingredients and takes mere minutes to whip up (no pun intended). In this post, I’ve broken down how to make whipped cream from scratch, how to store whipped cream, and I’ve answered many more FAQs about this delightful whipped topping. 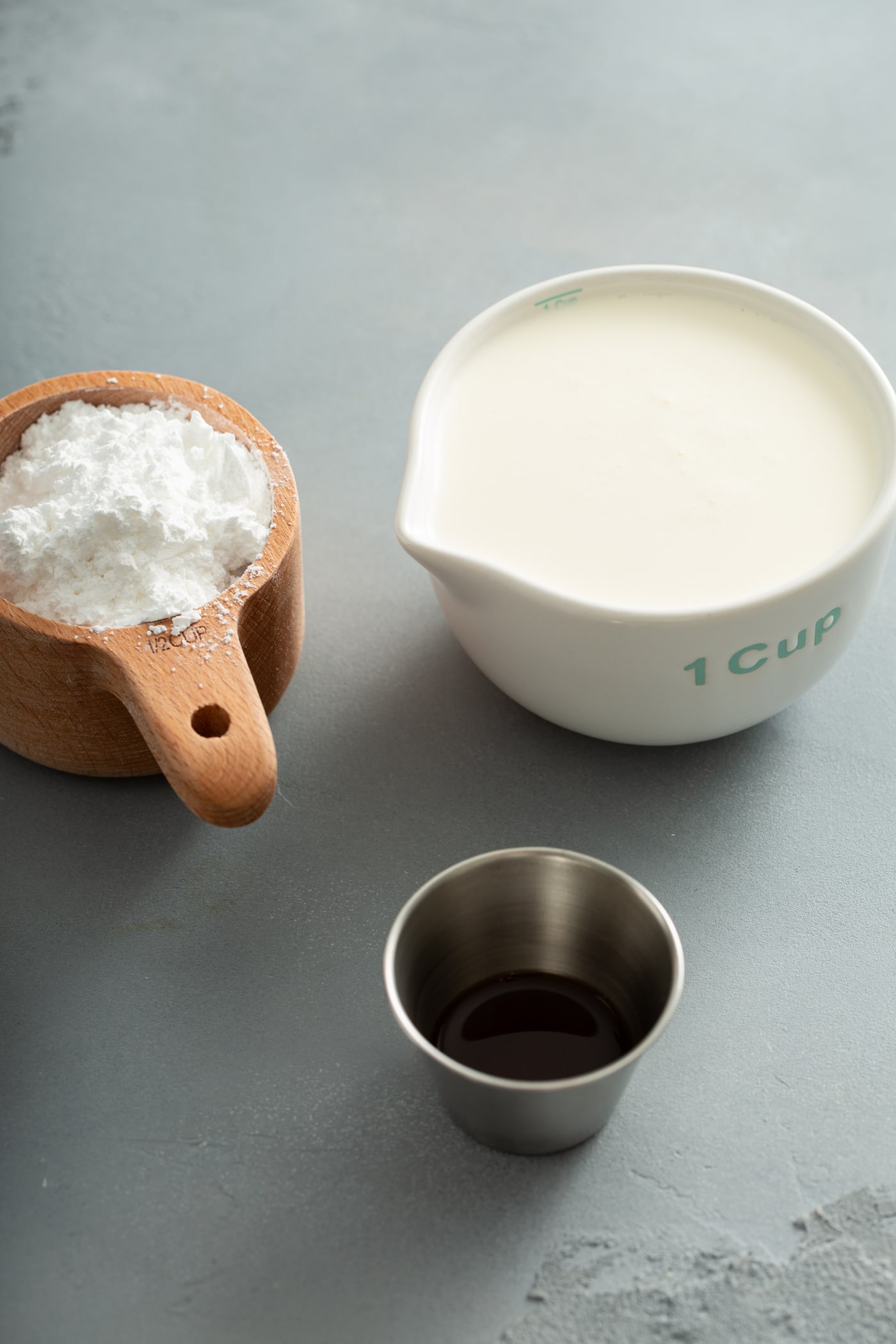 Whipped cream is one of those things that doesn’t require many ingredients, but you may need to make a special trip to the store to pick up heavy whipping cream. It’s so worth it though!

Should I Use Powdered Sugar or Granulated Sugar in Whipped Cream?

It’s completely up to you which sugar you use, but I’m a fan of using powdered sugar as it’s so light and doesn’t weigh down the whipping cream.

Is Whipping Cream The Same As Heavy Cream?

Is There a Heavy Cream Substitute I Can Use?

You can’t really use a heavy cream substitute but you can make a dairy-free whipped cream by using full-fat canned coconut milk and proceeding as normal. 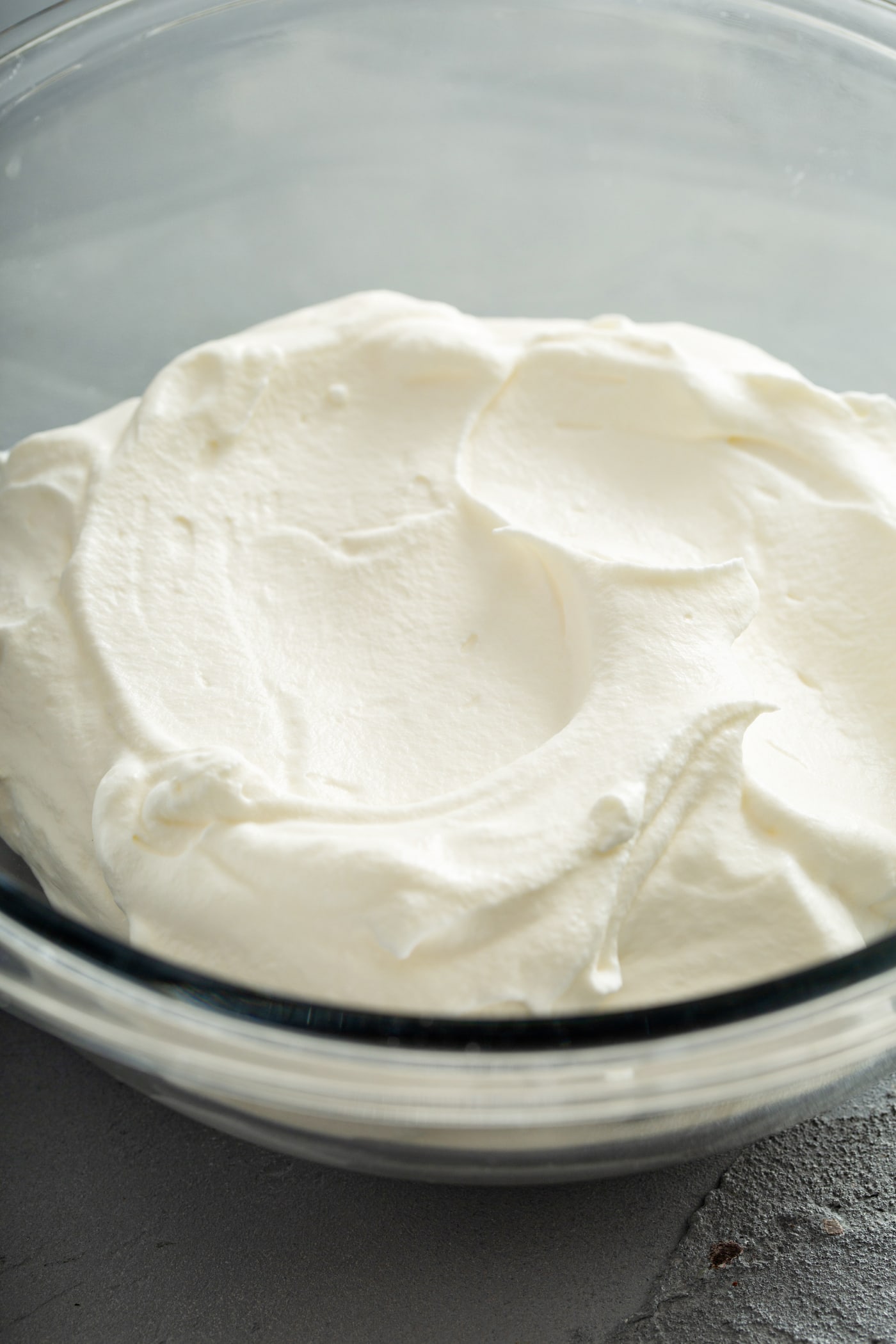 How to Make Whipped Cream

Whipping cream into whipped cream is not a no-brainer like you might think. It’s actually the easiest thing you and your kids can learn how to do, but you can also accidentally turn it into butter.

How to Store Whipped Cream

Homemade whipped cream should always be stored in a sealed container in the fridge. You cannot let whipped cream sit out for an extended period of time or it will break down even faster.

How Long Does Whipped Cream Last?

You can store the homemade whipped cream in the refrigerator in your container for up to 3-4 days and have it still hold up. If it starts to break down, just whip it again. 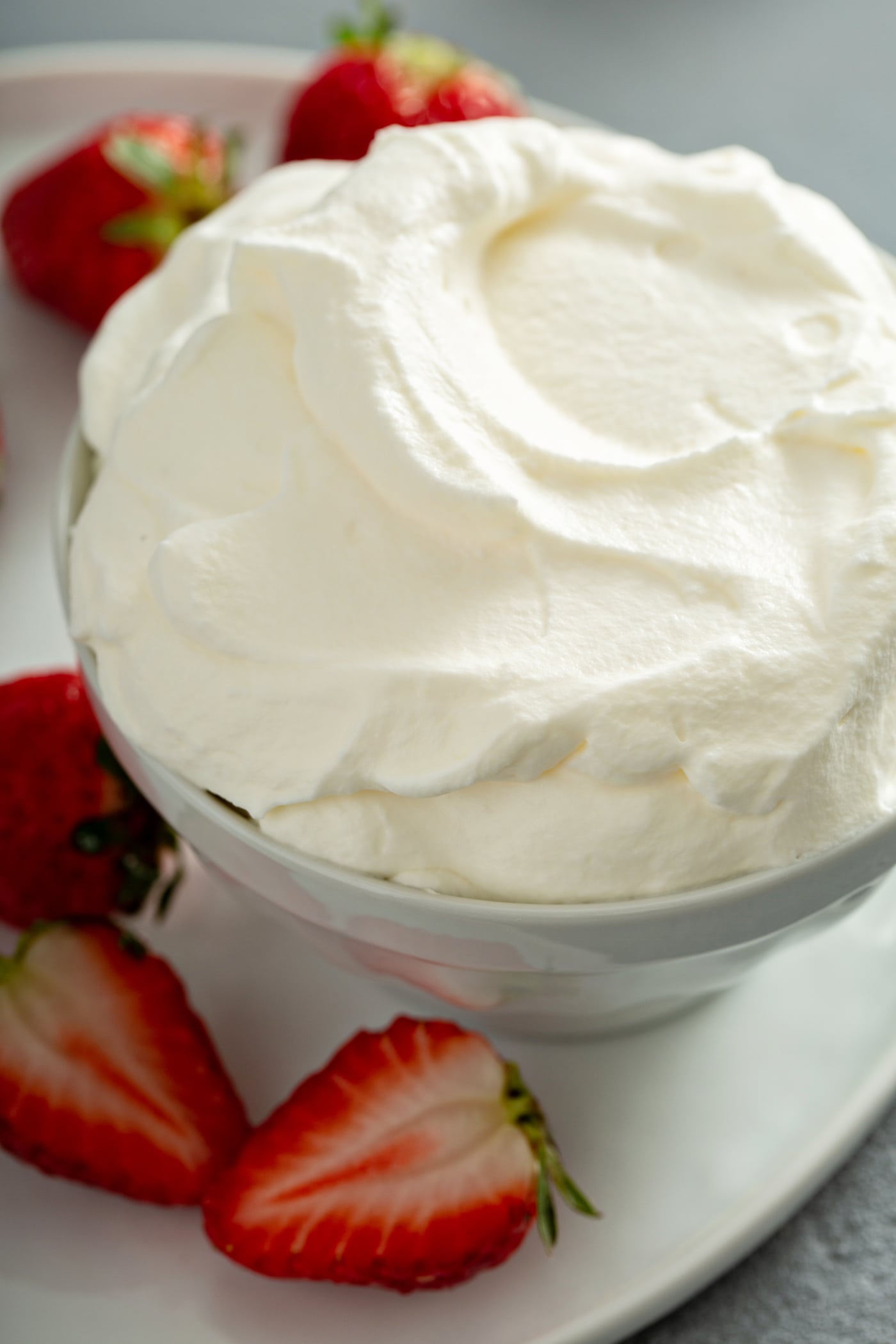 How Do You Keep Whipped Cream From Getting Watery?

Usually, whipped cream that is watery has been whipped too little. Cream should be whipped until it holds soft peaks.

What Happens If You Over Beat Whipping Cream?

When whipping cream is over beat, the fat molecules in the cream stick too closely together, creating lumps and giving the whipped cream a granular texture.

Is There Anything You Can Do To Fix Over Mixed Cream?

Add a few drops of cream and use a hand whisk to gently whisk the cream in until it is smooth.

Our Favorite Recipes With Whipped Cream: 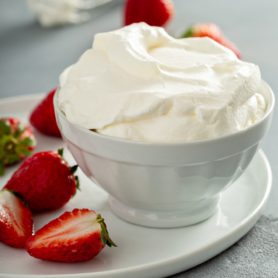 3.67 from 9 votes
Prep Time: 5 minutes
Total Time: 5 minutes
Servings: 8
Save Recipe Print Recipe
Skip the store-bought stuff and make Homemade Whipped Cream instead! It comes together in under 5 minutes and is supremely light and fluffy!