This creamy, fluffy, delicious Dulce De Leche Banana Cream Pie is probably one of our absolute most favorite pie recipes ever.

What is Dulce De Leche?

Dulce De Leche is a traditional Argentinian dessert made by caramelizing sugar in milk.

I would say that it’s fairly similar to caramel, but it is a taste to it’s own…Very Tasty

It’s in between caramel & butterscotch. It’s very sweet too. 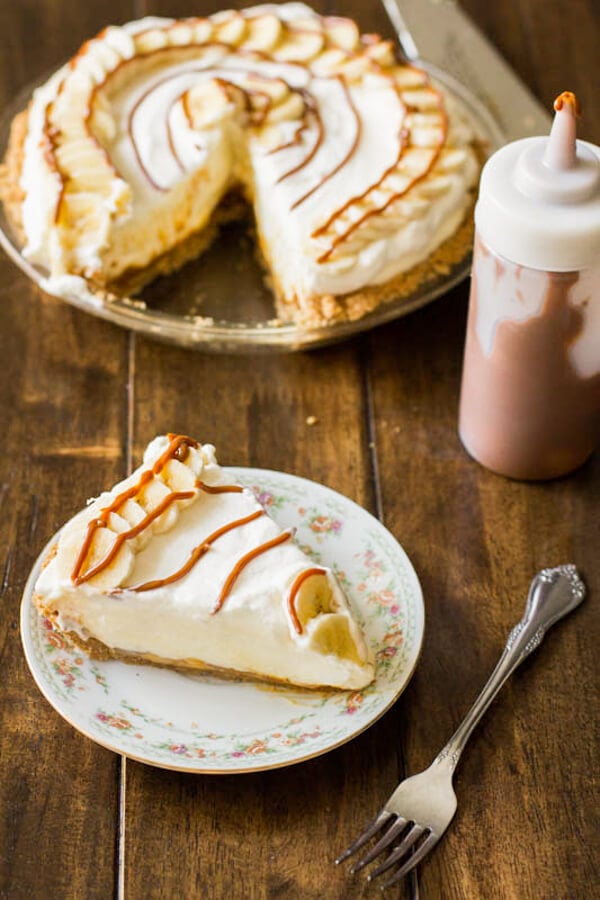 EVER. It’s seriously incredible. The graham cracker crust is one of the greatest things that has ever happened to America but then pour in dulce de leche, fresh bananas, and the creamiest, dreamiest pudding mixture and you are seriously in for an amazing treat. It totally can hold it’s own next to a classic apple pie, or a no bake pumpkin pie at Thanksgiving dinner. 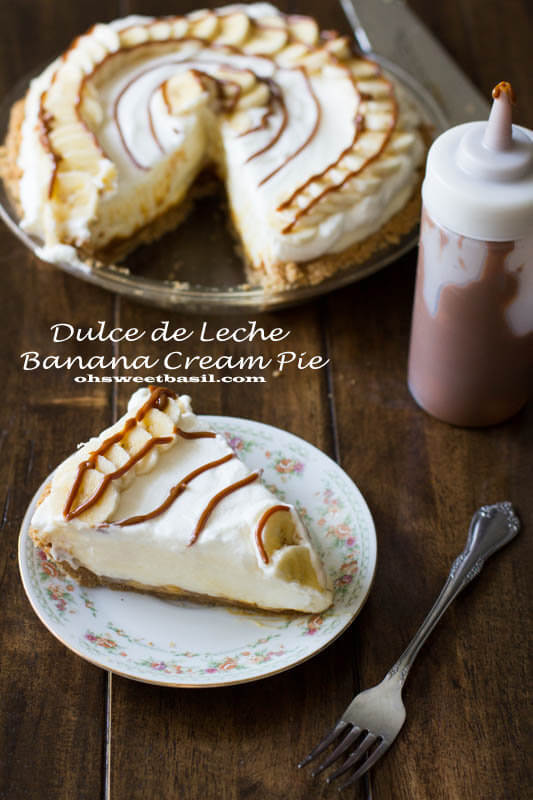 This pie is not as difficult as other pies too. No cooking necessary, other than the pie crust. 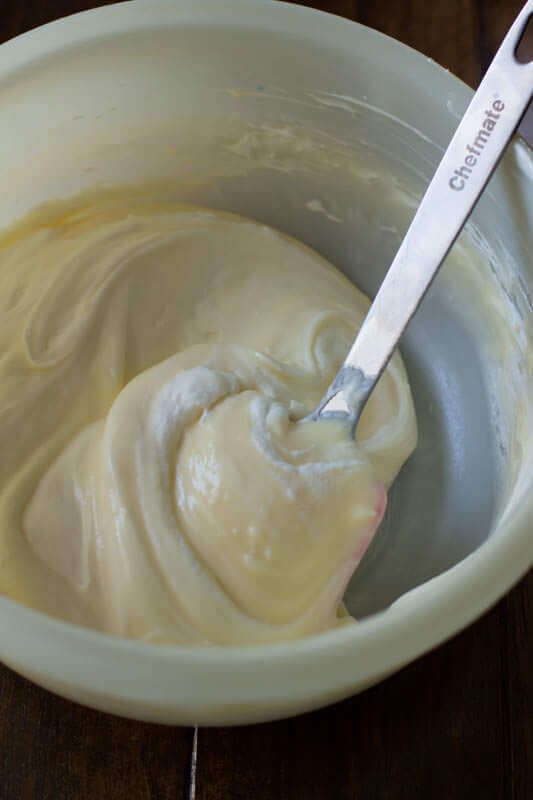 The only thing that is truly important to remember is to follow the pudding section instructions carefully. Don’t skip mixing the milk and pudding separate as it wont set up right otherwise. 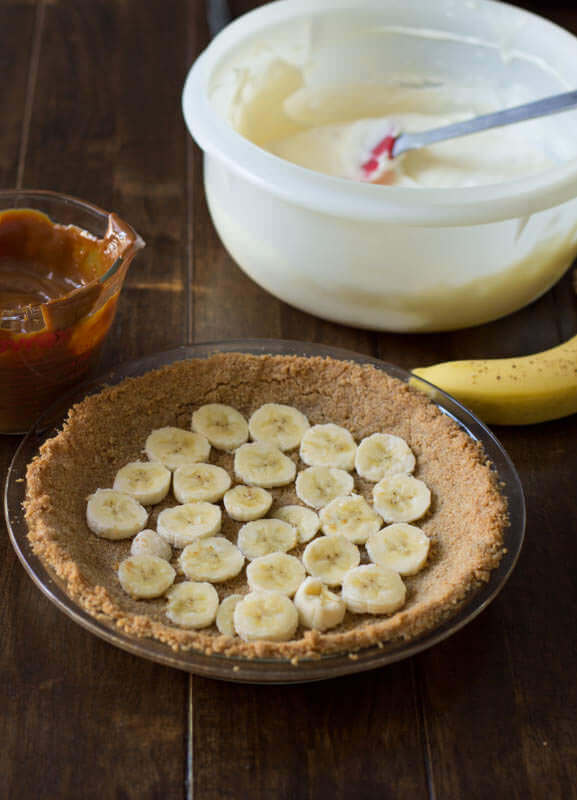 I prefer to bake my own graham cracker crust, but you can totally buy one if you prefer. 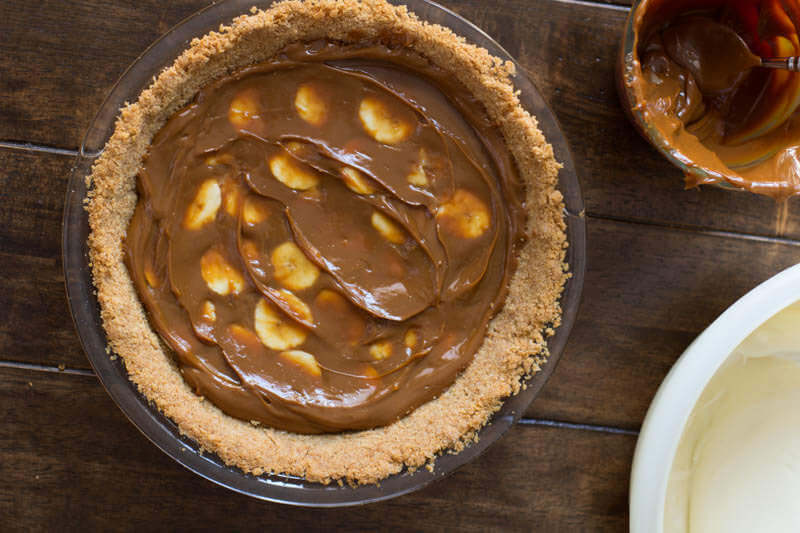 This is a pretty fabulous step in the pie making, spread almost an entire can of dulce over the top of the bananas. If you can’t find a can of dulce de leche in the baking or hispanic section of your store just make your own by boiling a can of sweetened condensed milk. You can google tutorials. Reserve just a little as a decorative topping. 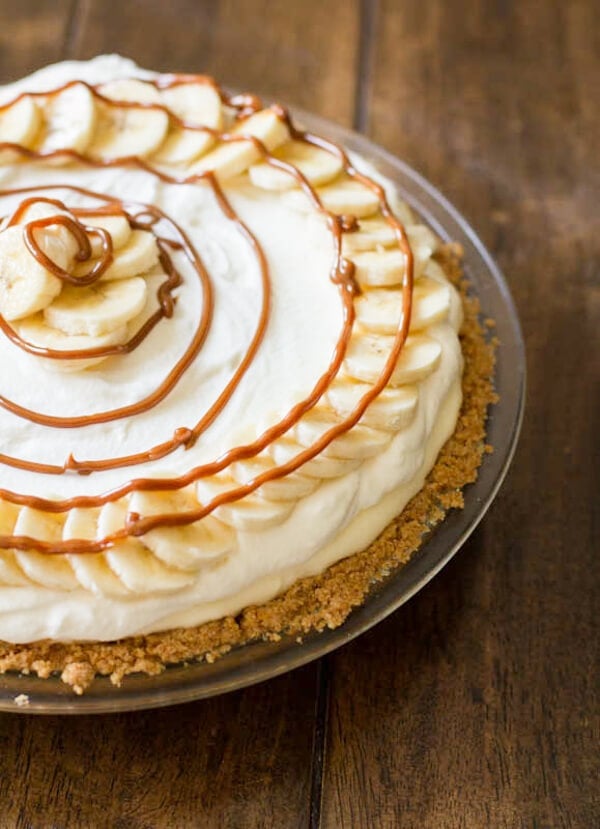 Ok, I know I’m not very artistic, but at least it gives a hint at what’s in the pie. 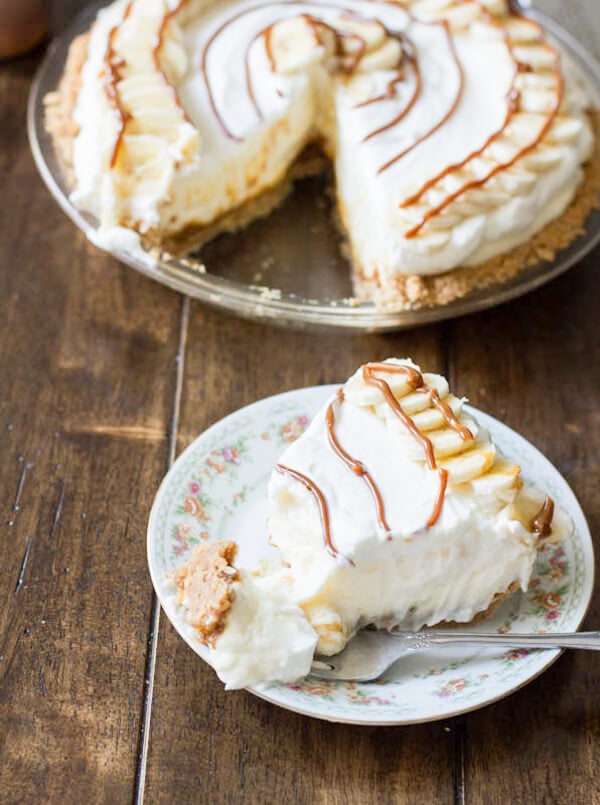 This pie is rich, but amazing. I absolutely loooooved it. I think it would be good served as bars too. I can picture it now… mmmmmmm.

So, you fill your pie crust with bananas, top with dulce de leche and then top it with “Not Yo Mama’s Banana Pudding” from Paula Deen. Oh my. It’s wonderful. There’s truly nothing else I can say. Just, go make it, tomorrow.

How Do You Store Dulce De Leche Banana Cream Pie?

Freshly made Dulce De Leche Banana Cream Pie will keep for about 3 to 4 days in the fridge; refrigerate covered loosely with aluminum foil or plastic wrap.

But, let’s be honest. This pie is so good, there will not be any left over to store! 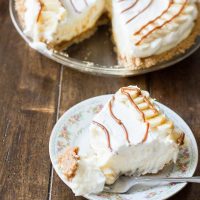 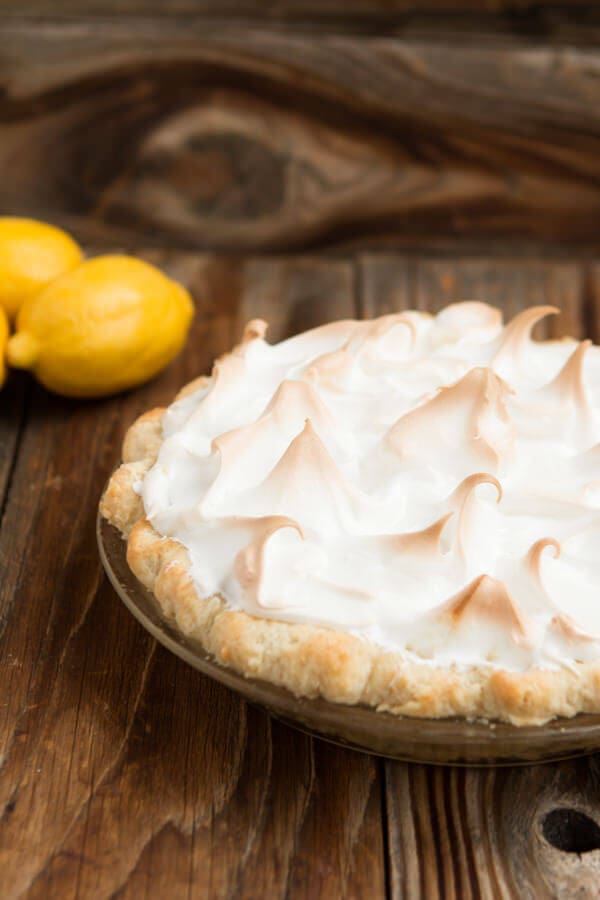