Blackberry cheesecake brownies that will have everyone begging for seconds. A rich brownie base, tangy cheesecake and sweet blackberry swirl! 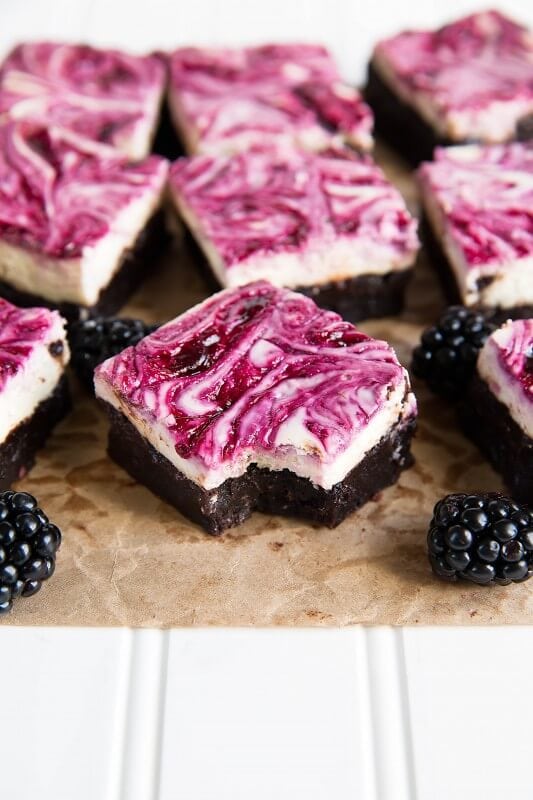 Hello there! Sarah from Broma Bakery here. I’m so excited for my first guest post today! A little about myself: I live in Michigan, I do yoga, I love to eat, and my favorite food is brownies.

Yes, brownies. They are perfect in every way. Fudgy, moist, chocolatey, and oh-so-satisfying. I’ve loved brownies ever since I was a little girl. In fact, in my family there was hardly a day when there was no brownie mix in our pantry. I quite literally grew up on the stuff.

So as an introduction, I knew that I had to share these blackberry cheesecake brownies with you all. It’s like sharing a little piece of my heart! 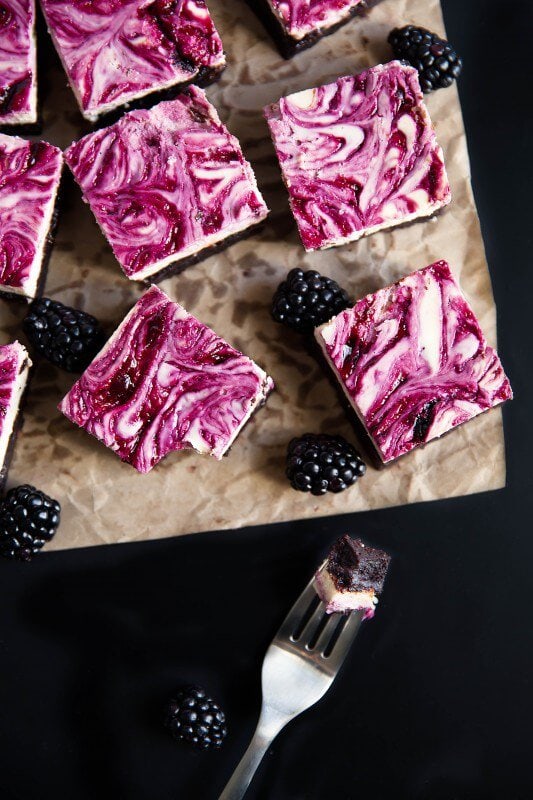 These blackberry cheesecake brownies felt perfect: a rich brownie base topped with tangy cheesecake, all swirled with tart blackberries. I kept reaching for little bits of fallen brownie during this photoshoot because I just couldn’t stop eating them!

Plus, who doesn’t love dessert that looks gourmet? At least I would venture to say that these do! No one will know that you actually made these babies in your PJs! 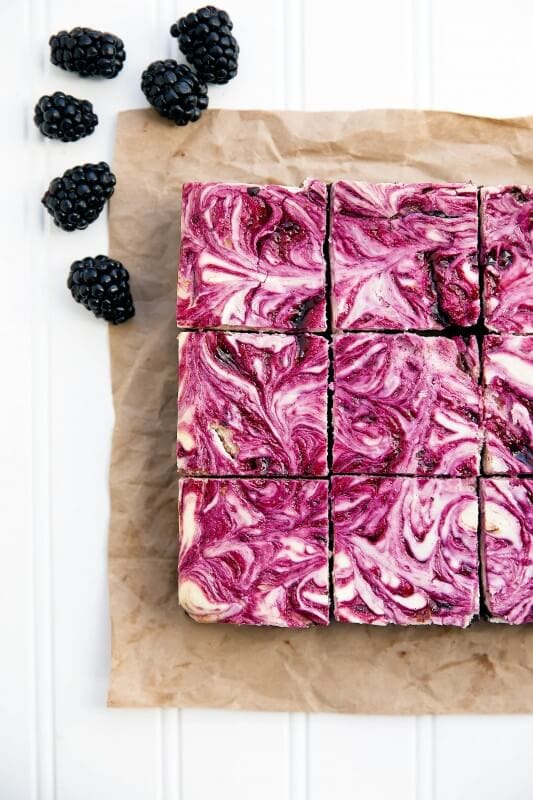 How to Swirl Cheesecake Brownies

Swirling brownies doesn’t take a lot of talent but you should know how to do it properly otherwise the swirls just disappear or you end up with holes in your batter.

Place your swirl batter in a window pattern as dollops on top of the cheesecake batter. For example, if you have three dollops in a row, the next row would have two dollops in the spaces between the first dollops. It’s just like when a choir stands to sing and the second row stands in the spaces the first row made.

Now take a toothpick or small knife and place it down in the center of a dollop and drag the mixture through more dollops. Resist the urge to keep swirling, stop once a nice pattern has been created and you can see both the cheesecake and the blackberry. 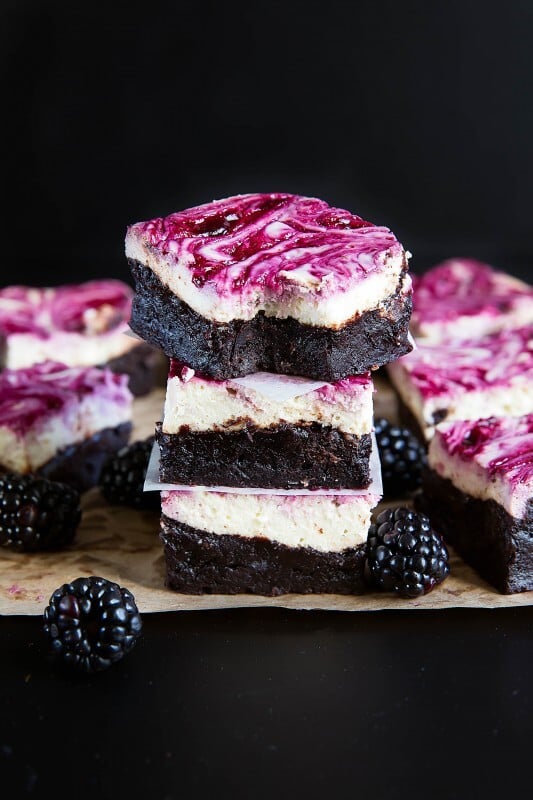 How to Make Cheesecake Brownies from Scratch

To make cheesecake brownies from scratch you only need basic ingredients like butter, sugar, eggs, flour, cocoa etc. Mix the dry ingredients separate from the wet ingredients to help everything be combined evenly.

How to Store Cheesecake Brownies

To store cheesecake brownies, merely cover the pan with aluminum foil or place the brownies in an airtight container on the counter for up to 3 days. 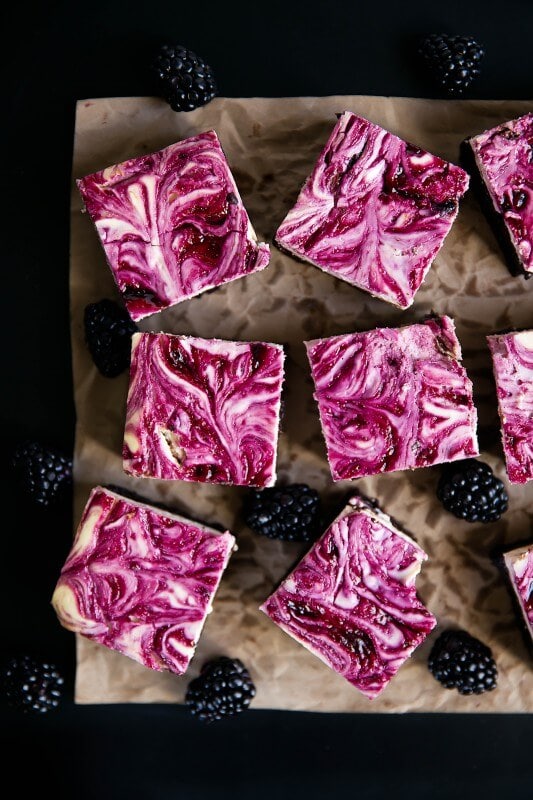 Can Cheesecake Brownies be Frozen?

Brownies can be frozen successfully, though we are a little hesitant on freezing cheesecake brownies as they can sometimes “sweat” a little upon thawing. You can still eat them, they will just be a little moist on top. You can freeze the brownies for up to 3 months, making sure that they are wrapped tightly with plastic wrap and foil to reduce the risk of freezer burn.

Are Wild Blackberries Safe to Eat?

There are many, many types of wild edible berries.

Just beware of the thorns on the blackberry bushes, they can be brutal!

Can Blackberries be Frozen?

Most Berries, including blackberries freeze well and can be used frozen for smoothies or thawed for use in baking and sauces. 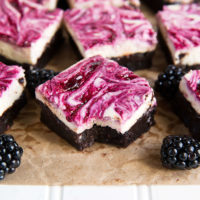 For the blackberry puree 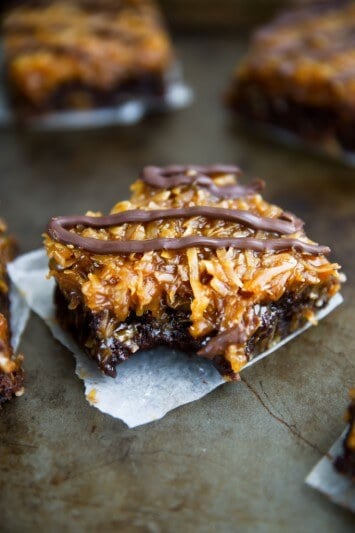 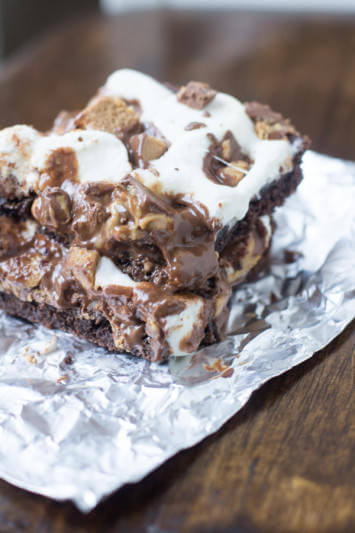