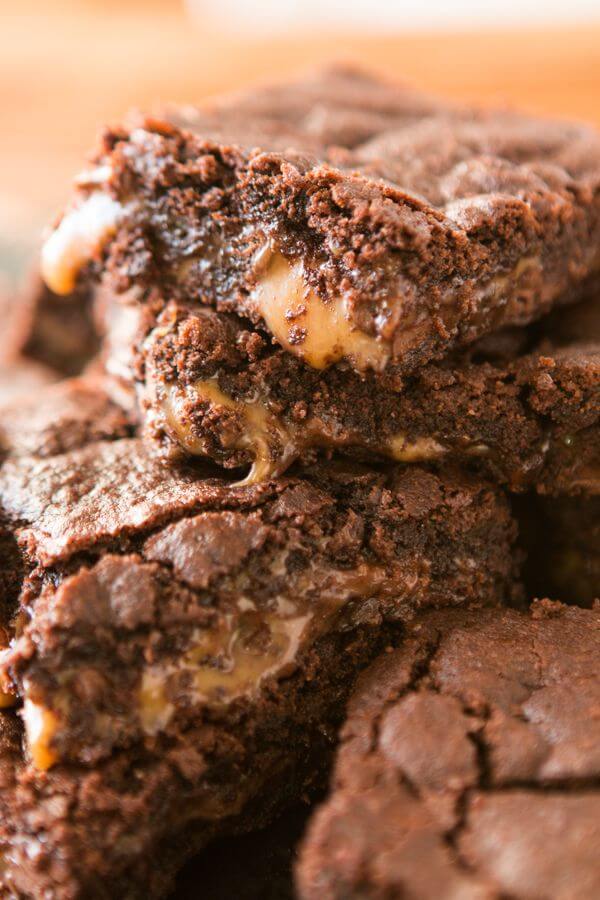 I’ve chatted about Mom’s famous caramel brownies a few times and we finally posted the original recipe a while back, but I somehow became convinced that we needed a perfectly comparable caramel brownies from scratch recipe and couldn’t let it go until I discovered it. And discovered it I did.

The secret is in the homemade brownie itself. You see, I tried a gazillion recipes and none of them held up against the caramel like I wanted. Too soft, too cakey, too runny (no really, it never set up), or way too dry. Ugh, it was annoying! And then I had the brilliant idea of going back to just why we loved Mom’s.

It was in the cake mix. It had to be German cake mix or it didn’t taste right and the texture was off.

So THAT was the answer! I’d start with the makings of a cake then ditch the rest of the ingredients and go back to the butter and evaporated milk just like Mom’s recipe. DING DING DING! Everything else fell into place and this is our new go-to brownie recipe from scratch! 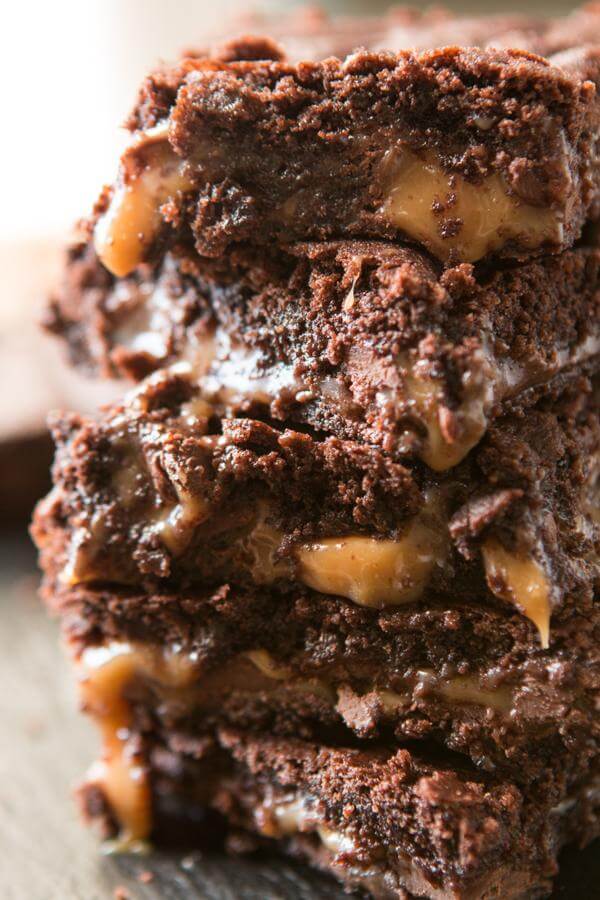 Ingredients for Caramel Brownies From Scratch

Don’t let the layer of gooey caramel oozing out from the homemade brownies fool you into thinking these are anything but easy brownies from scratch. Here’s what you’ll need to make this caramel brownie recipe: 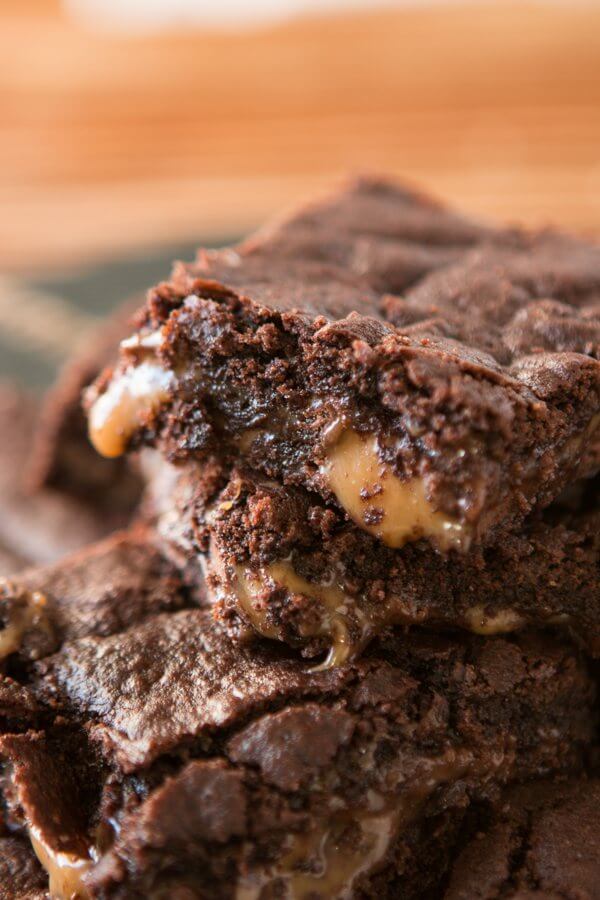 How to Make Brownies From Scratch

These easy homemade brownies from scratch have a few extra steps, but the recipe is simple enough to make. Here’s how we make these caramel brownies:

Can I Make the Caramels From Scratch as Well?

If you want to, of course you can! I recommend using our Homemade Caramels recipe if that’s the route you want to go.

Can I Omit the Caramel Layer?

If you want to make truly amazing brownies from scratch without the gooey caramel in the center, you’re welcome to omit it. But we think the caramel is what really takes this easy homemade brownie recipe to the next level! 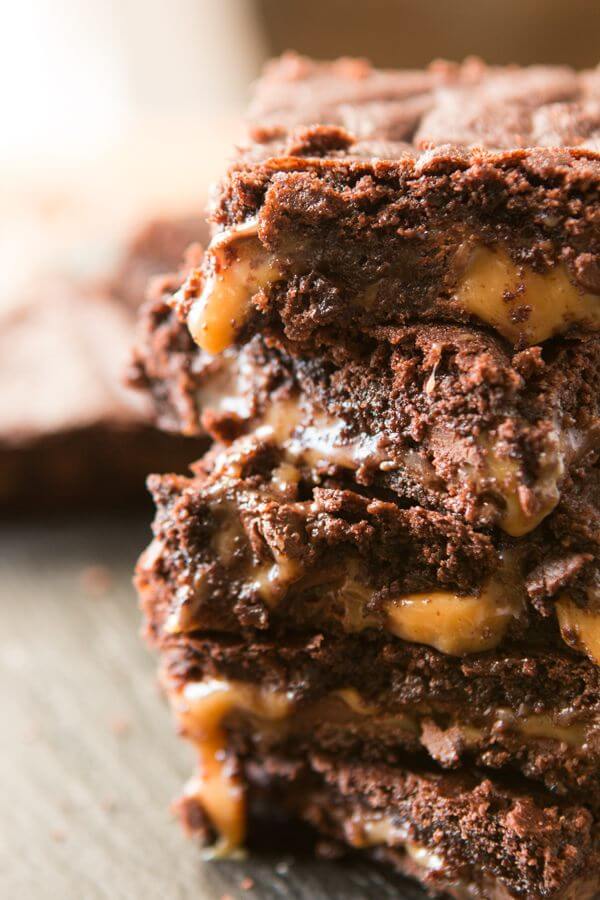 Tips for Making the Best Brownies From Scratch

Be sure to buy evaporated milk and NOT sweetened condensed milk. They’re two totally different milk products, so it’s important that you buy the right one.

Also note that if you don’t want to pat each piece of dough out in your hand before placing on top of the caramel layer, you can just press it out on plastic wrap and turn it directly out onto the brownies. Just do whichever method is easiest for you!

Lastly, these easy brownies from scratch will stay fresh at room temperature for a few days. You can also slice and freeze individual servings for later, if desired. 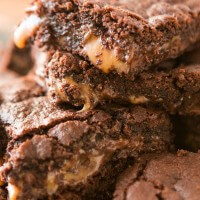 3.29 from 21 votes
Prep Time: 10 minutes
Cook Time: 23 minutes
Total Time: 33 minutes
Servings: 12 -16
Save Recipe Print Recipe
I grew up eating my mom's famous caramel brownies made from a cake mix, and we've finally created a recipe for caramel brownies from scratch that's even better than the ones my mom made!