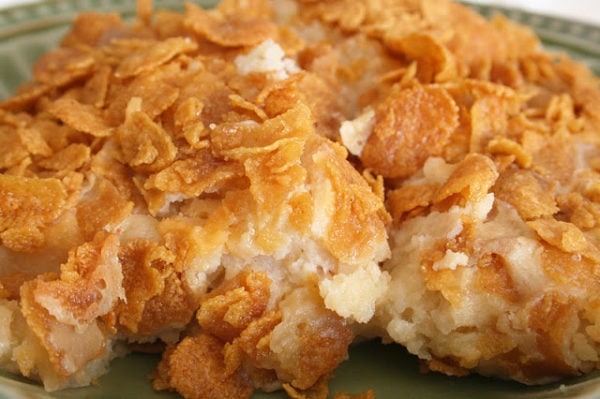 I guess I grew up in a weird place because I had never heard of “funeral potatoes” until moving to Utah. It’s really just cheesy potato casserole, but the funny name is what I like to use. 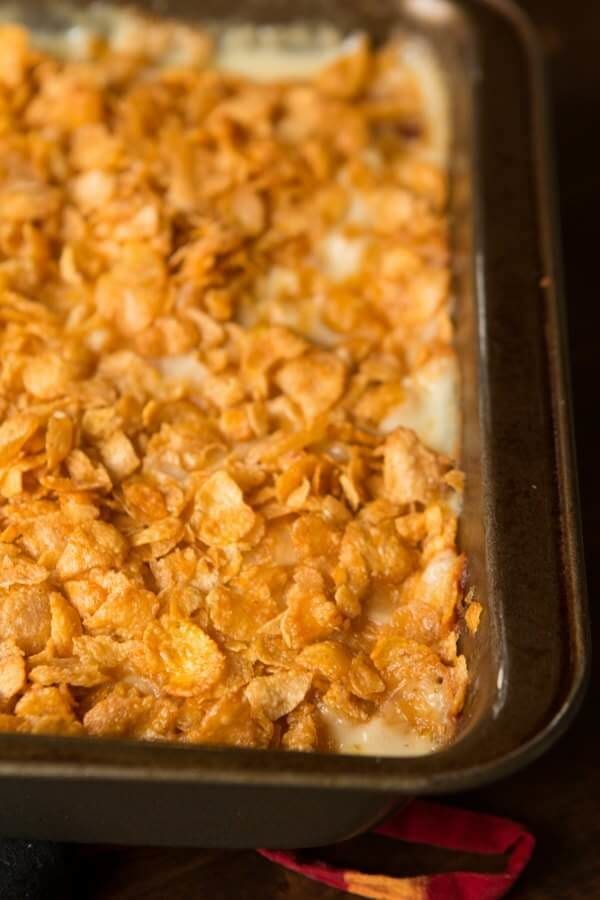 Everyone, and I do mean EVERYONE has their own recipe for this potluck favorite. I hear that they are well known everywhere, but that people call them all sorts of different things. I was a little hesitant at first, but upon trying them I can see why everyone loves them. I looooove the cheese-y potatoes with the crunchy topping! It’s delicious. I just had one hold up… What’s with all of the cream of something soup? I wanted real ingredients, and although I did do the normal cornflake topping, I think I’ll do Panko next time. I loooved the flavor in these REAL Funeral potatoes. 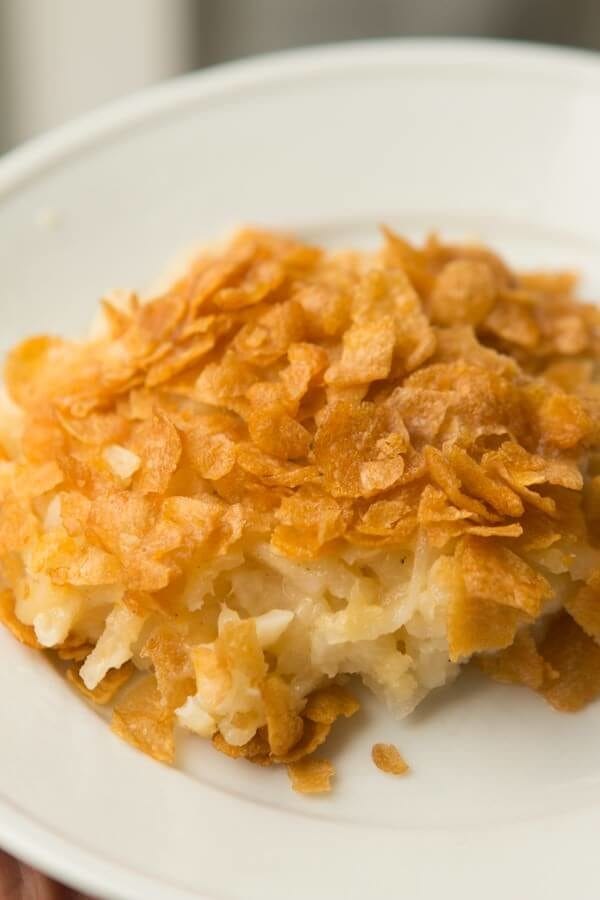 And my mom says that they sometimes have potato chips as a topping too, but I’ve only ever had corn flakes cereal (how odd to combine cereal and cheese potatoes, but it works!) so that’s what we stick with. I don’t know why they are are so good, maybe just the whole comfort foods thing, but we have them every Christmas or Easter now.

Can Cooked Potatoes Be Frozen?

You can make a casserole containing potatoes, bake it and freeze it to be reheated later.

Yellow onions are used most.

They have a more mild flavor than white onions.

They still have a sharp flavor, with a bit of sweetness.

Malt is made from barley, which contains gluten.

Corn Flakes contain malt flavoring and so corn flakes are not gluten free. 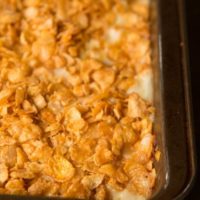 0 from 0 votes
Prep Time: 20 minutes
Cook Time: 1 hour 5 minutes
Total Time: 1 hour 25 minutes
Servings: 8
Save Recipe Print Recipe
I guess I grew up in a weird place because I had never heard of "funeral potatoes" until moving to Utah. It's really just cheesy potato casserole, but the funny name is what I like to use.