Do not even try to tell me you don’t like potatoes especially when they are cheesy like these smoked gruyere scalloped potatoes with leeks!

What is Gruyere Cheese?

Gruyère is sweet but slightly salty, with a flavor that varies widely with age.

It is often described as creamy and nutty when young, becoming more assertive, earthy, and complex as it matures.

When fully aged (five months to a year) it tends to have small cracks that impart a slightly grainy texture. 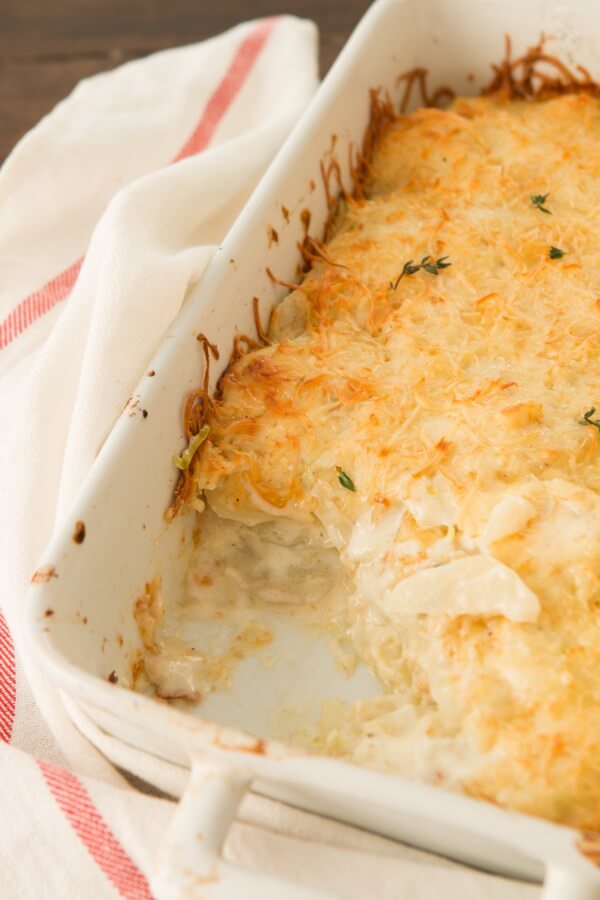 Do not even try to tell me that you don’t like scalloped potatoes. The truth is, you didn’t like the ones you tried, but these smoked gruyere scalloped potatoes with leeks are so incredibly delicious. I especially like that they look fantastic but don’t take a ton of crazy ingredients or work.

One thing I’ve hated about making scalloped potatoes is that you bake the heck out of them only to dig in and find a few under cooked potatoes here and there throughout the dish. Ugh! That is the worst, especially when serving this up to guests.

Can Scalloped Potatoes be Made Ahead?

It’s ideal for making ahead.

Here’s how: Prepare the potatoes up to the point of baking (but do not bake) and refrigerate, covered, up to two days in advance. 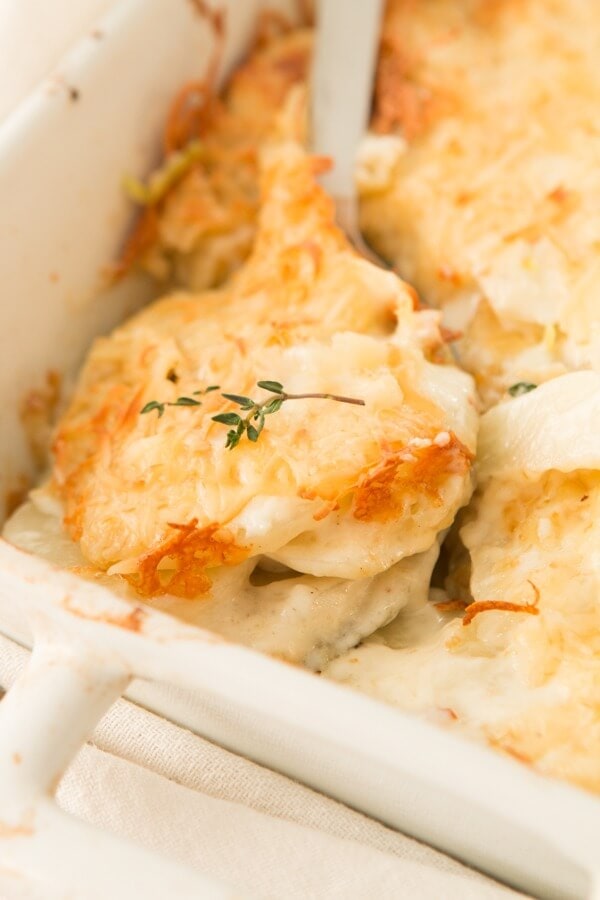 We often had scalloped potatoes for Sunday dinner when I was growing up, but either it was Mom’s quick version which uses canned soup (and I promise to do a new post soon so the recipe is updated) or the boxed which uses the dehydrated potatoes. I know, I promise none of us use the box anymore. From scratch is just so much better I couldn’t go back unless it was a dang good product.

Anyway, I tackled the under cooked issue by slicing the potatoes 1/8″ thick as any bigger only resulted in even worse cooking but any thinner and they turned into mush. Then I cooked the potatoes almost completely in the heavy cream which not only kept a uniform bake but it also cut down the overall time for the recipe since I didn’t have to bake them for over an hour. 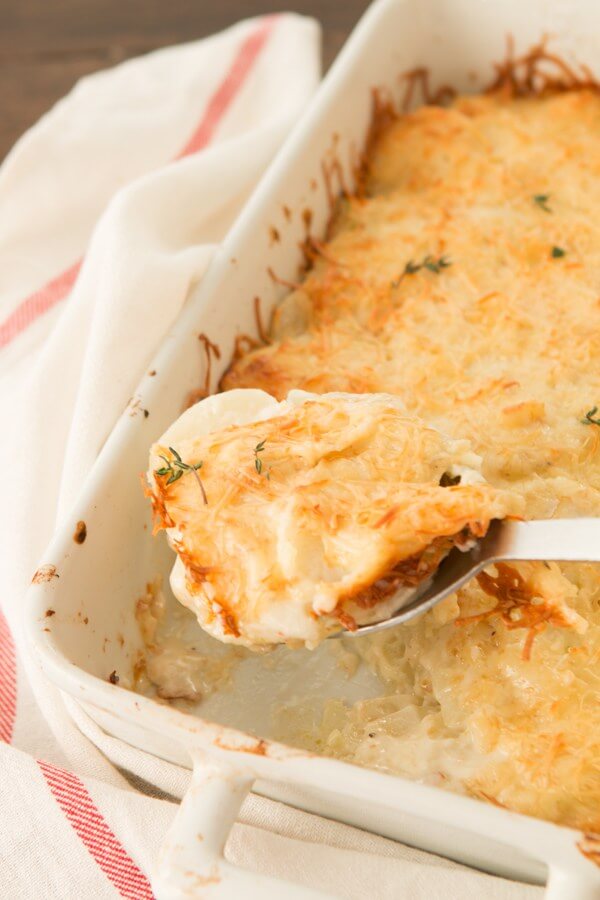 I also see no need for a roux (flour butter mixture) here as simmering the potatoes in cream allows the starch off of the potatoes and cream to work together to thicken everything up.

The rest is just easy peasy, smoked gruyere adds a really wonderful flavor compared to other cheeses. It’s like a fancier scalloped potato without actually doing anything fancy.

If you decide you want more garlic in this dish try rubbing the buttered dish with half a clove of garlic. It’s wonderful.

How Long Will Scalloped Potatoes Keep?

To maximize the shelf life of cooked potatoes for safety and quality, refrigerate the potatoes in shallow airtight containers or resealable plastic bags.

Properly stored, cooked potatoes will last for 3 to 5 days in the refrigerator. 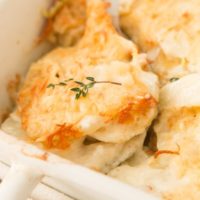 3.9 from 10 votes
Prep Time: 20 minutes
Cook Time: 25 minutes
Total Time: 45 minutes
Servings: 6
Save Recipe Print Recipe
Do not even try to tell me you don't like potatoes especially when they are cheesy like these smoked gruyere scalloped potatoes with leeks! 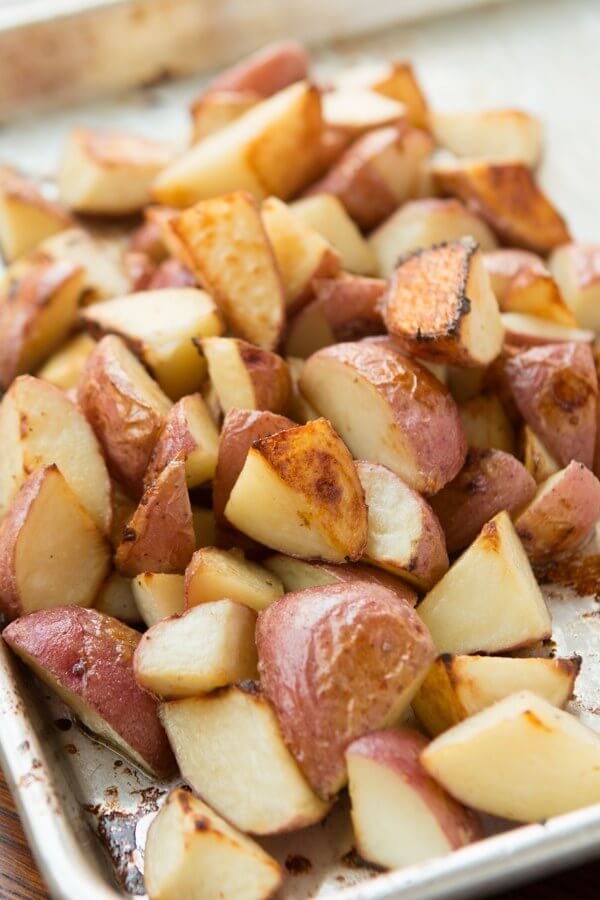 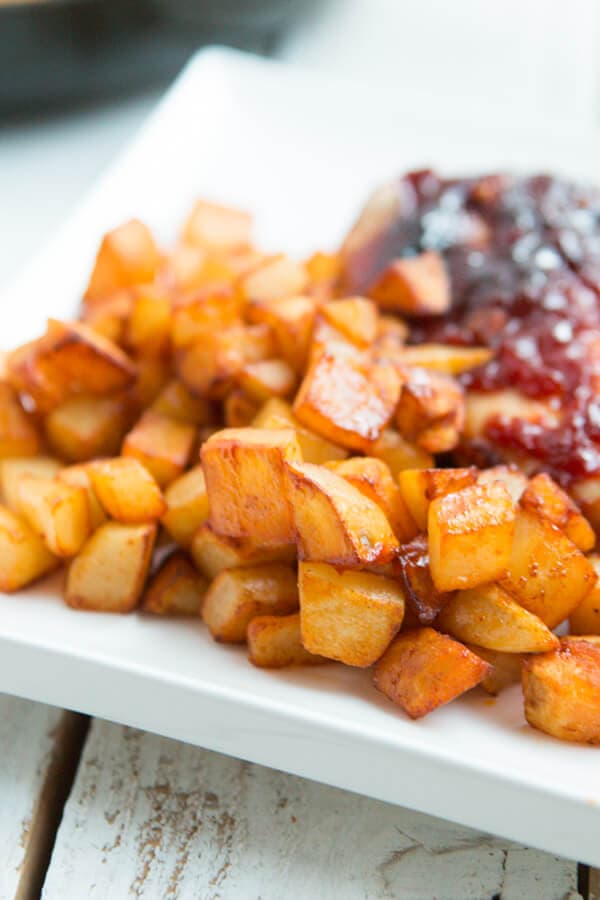 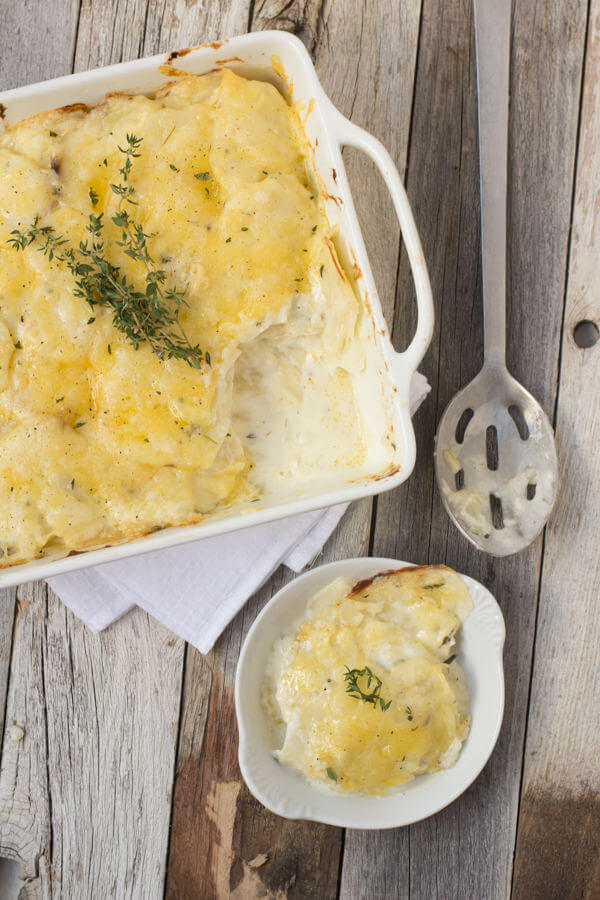 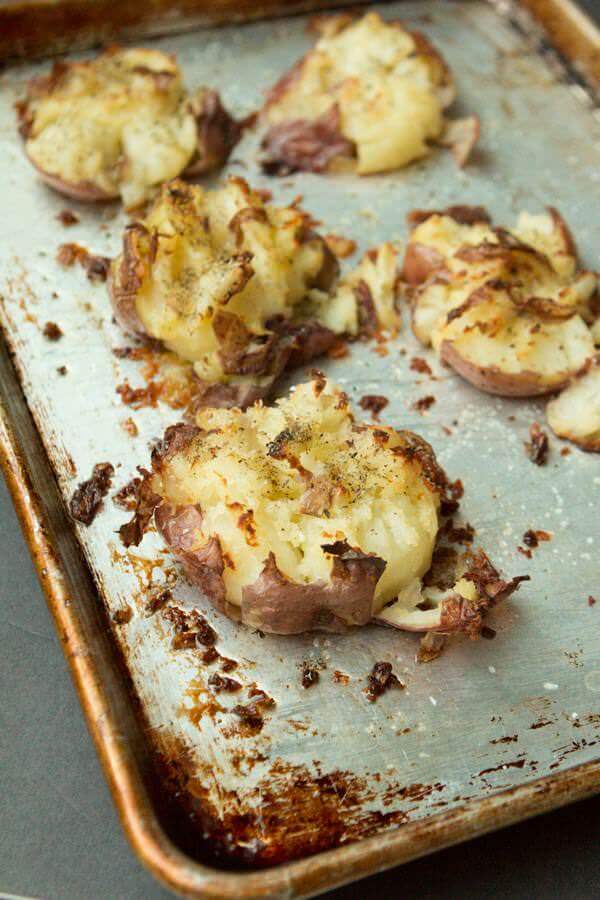